Arc of Alchemist from Compile Hearts and Idea Factory International is a new RPG set in a post-apocalyptic world. Follow seven characters on their way to find the Great Power, the key to save humanity. Read more about this title in our Arc of Alchemist review!


The desert-themed RPG is set in a ruined world with a sci-fi atmosphere and features artwork from world renowned illustrator Yoshitaka Amano, as well as a scenario written by Yukinori Kitajima of 428: Shibuya Scramble and Senran Kagura fame.

In Arc of Alchemist, you are a band of travelers on their way to find something called the Great Power, which is said to be the solution to humanity’s demise. Being a Japanese release, the game starts with an anime-style opening, with a pretty catchy theme. I thought that the game lacked some backstory since you’re dropped right into the action without any explanation about what is going on. You then get a tutorial about how to move the characters using the analog stick. That was actually obvious, but thanks. 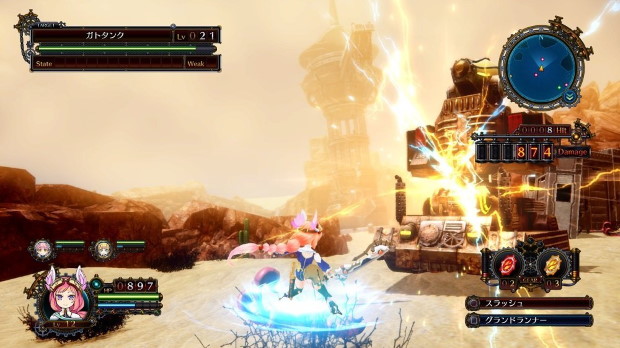 I’m talking about the tutorial right off the bat because Arc of Alchemist goes WAY overboard with its tutorials, telling you how to do basic stuff for a long time. It begins by explaining how to move the characters. I then saw a sparkling spot on the ground which picked my interest, and as I move closer to it, I got a tutorial about collecting stuff lying on the ground. Then there’s a green arrow for said “Event.” Of course, when I got closer, there was a tutorial about following “Events” objectives to progress in the game. There are tutorials for nearly everything that can be done in the game, and you’ll spend a good amount of time reading those tutorials that could honestly have been skipped.


As I moved from zone to zone, I noticed that the different locations felt small and compartmented. There are also a lot of invisible walls that will prevent you from going further even if it seems you could get farther in a direction. It eventually got annoying, so I often resorted to checking the minimap to see where I could or could not go. 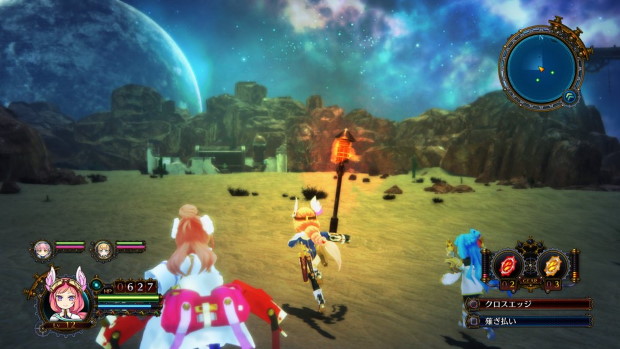 Even with the small zones, I thought the level design was below average and often got lost as I explored, not knowing exactly where (or how) to go for the next objective. There are also places where you are in caverns, and the screen there goes pitch black, with the characters shown only as overlays. I can imagine this was done for immersion purposes, but it becomes a real mess when there are also monsters to fight there.

Speaking of fighting, the battles happen in real-time, and the enemies can be attacked as you see them in the field. The battle gameplay is action-oriented, so you’ll get to control one of the characters while the others are controlled by the A.I. Fighting is done by pressing the Square button, or you can use a secondary attack. There’s also a stronger attack that feels like a limit break in the sense that it takes time to charge and can be unleashed only once in a while. I didn’t like the battles because they eventually felt repetitive and unchallenging. Oh, and the monsters often re-spawn nearly instantly after being defeated, and since you’re still there, the fight begins anew unless you run away. 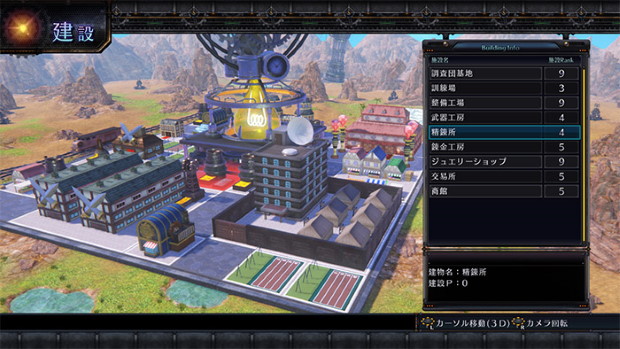 Outside of the fields, there is a base of operations in which we can take a break. In there, you can reconfigure your team for the next fights, or improve the facilities to obtain better equipment, and sell older ones. It is also the only place where the game can be saved, which was slightly annoying because going there requires you to set a camp in different places around the world, which requires money. Once the camp is set, loading the camp to save takes roughly 15 seconds, and leaving the camp back to the overworld takes another 25 seconds, plus the actual time required to save. This could have been improved if it was possible to save at the camp directly while keeping the base solely for the party improvement.


As for the game’s presentation, it features Chibi anime characters over fully rendered backgrounds. The voiceover are in Japanese with subtitles in English. The mouths are textures that change during conversations, like Kingdom Hearts from back in 2002, so there is, of course, no lip-syncing. The soundtrack is moody but doesn’t particularly stand out. As for the game’s presentation, I remember that one of my characters had a kind of Regen spell it would use all the time, and when it was activated, the visual effects of said spell were so intense that my characters had huge sparkling auras that would increase the brightness of the screen, actually hurting my eyes. 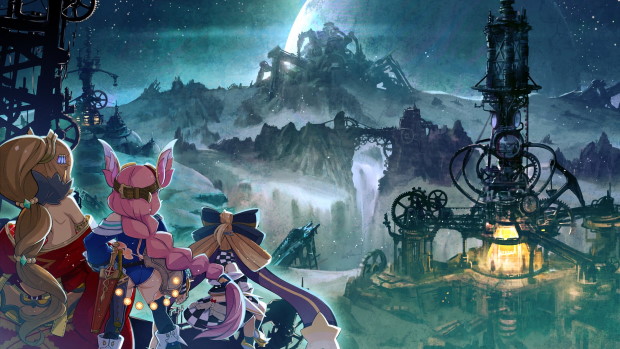 Final Thoughts
Arc of Alchemist is a game I can’t recommend due to what it offers and the asking price. The zones are small yet confusing, there are way too many tutorials, and the battle gameplay had nothing exceptional to offer. There are far better releases in Idea Factory International’s catalog, namely the amazing Hyperdimension Neptunia releases. 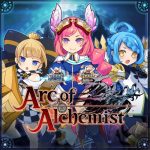 Not one you'll dig

Disclaimer
This Arc of Alchemist review is based on a PlayStation 4 copy provided by Idea Factory International.