Vitamin Connection is a very colorful release on Nintendo Switch with a charming cast and fun gameplay mechanics. For this one, you’ll get to control Vita-Boy and Mina-Girl, who will go on an adventure aboard the Capsule Ship, with the aim of helping the different host bodies they will enter so that they can fight off the many nasty pathogens that are up to no good. With your skills and the power of the Vitamin Beam, you will take on a variety of maze-like levels as you aid the members of the Sable family. 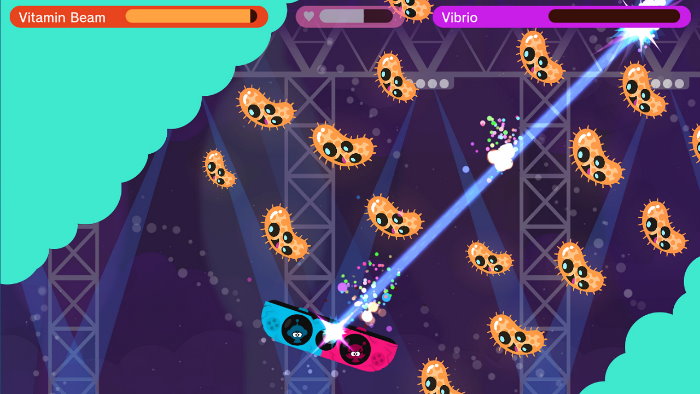 When playing on your own, you’ll be taking care of controlling everything, from moving to rotating, aiming, and shooting, which is a bit like tapping your head and rubbing your belly at the same time. But when you take on Vitamin Connection in local co-op, one player will hold a Joy-Con vertically to move and shoot, while the other player will hold a Joy-Con horizontally to take care of rotating and aiming. It’s an interesting setup that motivates players to communicate as they work together. 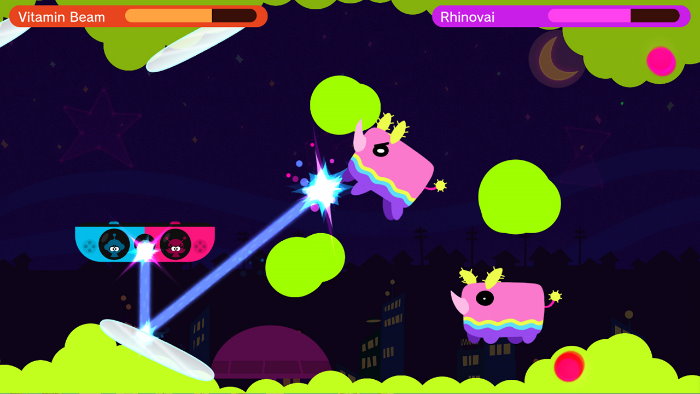 As for the controls, when taking on the adventure solo, you will move the ship around with the left analog stick, aiming the mighty Vitamin Beam with the right one. You can’t fire the Vitamin Beam forever since while using the beam, the energy bar at the upper left part of the screen will start to drain. You’ll need to give the beam a rest so that it can recharge, or else you might find yourself going up against a group of enemies without enough energy to attack them and do any considerable damage. After completing the first stage, you will also gain access to a claw that you can extend and control with motion controls as you try to aim it at something it can grab onto. 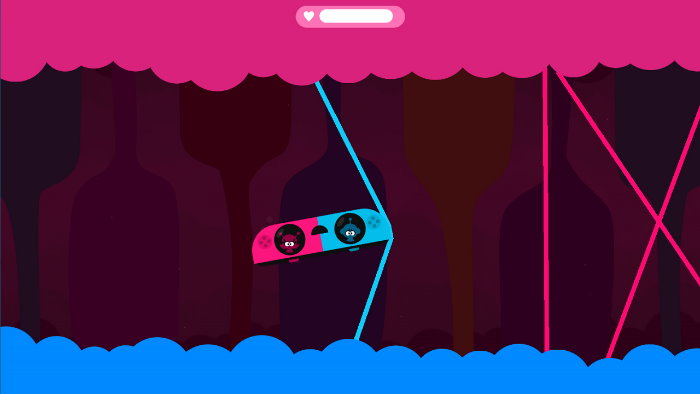 The L and R buttons will be used to rotate the Vitamin Ship, or you can press the ZL and ZR buttons to make the ship rotate faster. Rotating is important since you will sometimes need to squeeze in your ship through narrow corridors. On top of this, the left side of the ship is blue, and the right side of the ship is red. These colors are important because as you explore each area, you will run into barriers that need to be destroyed by thrusting the right side of the ship unto it so that it matches its color. You can also speed up the Capsule Ship at any time by pressing the Y, B, X, or A buttons. And if you press two of these buttons at the same time, you will go twice as fast! 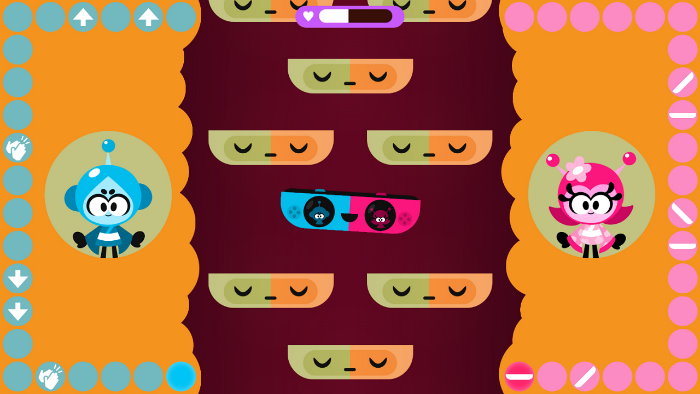 While you’re playing each level, you will need to press the – or + button to bring up your map module, from where you can see where you’ve already been, and what paths you will need to take to be able to reach the different destinations you’ll have to visit to rid a host’s body from the deadly pathogens. But the fun won’t stop there! Once you’ve managed to defeat a pathogen, you’ll still need to make the trip back to the last branching part of the path so that you can then decide where you’ll be visiting next.

The presentation is top-notch, as is the voice acting for all of the characters you’ll get to meet during your time with Vitamin Connection. Your first mission will be to use the Vitamin Ship to help the young Staples boy who is suffering from the attack of the Pathogen Squad. He has a very high fever due to their actions, and to make matters worse, he has a field trip the next day that he does not want to miss! So off you go onto the Capsule Ship to try and find the three vital locations on which the pathogens have hidden so that you can help the little boy to heal. 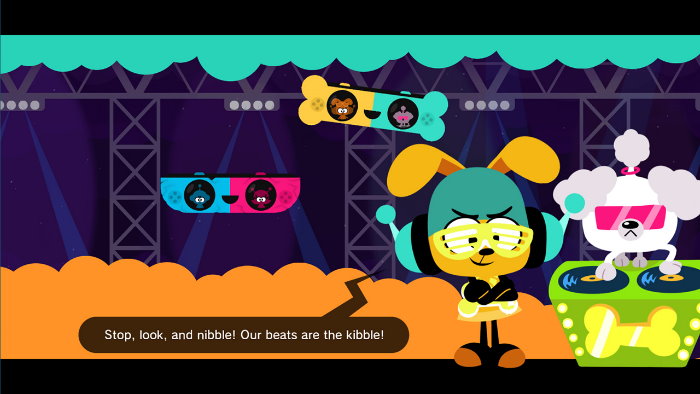 As you find the pathogen, you will need to take on a sub-game to defeat them. Sub-games are mini-games that change things up a bit by having you, for example, use the Capsule Ship to dance to the beat as you move up and down, twisting the ship to match the movement of those around you so that you don’t end up losing a lot of hit points, clapping your way towards victory. Another one might ask that you use a large claw-game apparatus to grab some nasty mucus from the wall on the other side of the screen to be able to heal the host body. And once you’re done? Well, then you’ll have to return to the entry point to be able to finish the stage! 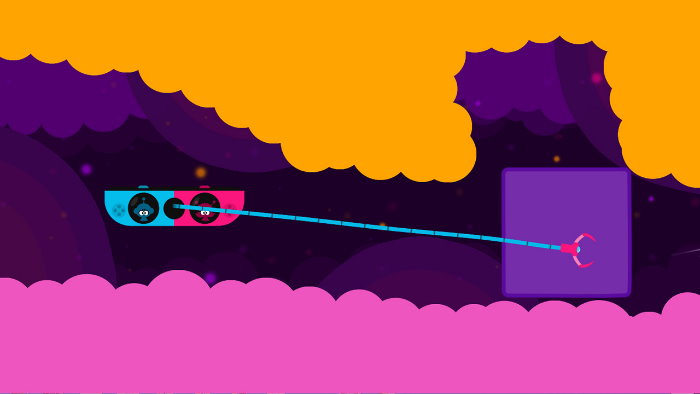 Vitamin Connection is a lot of fun when played either on your own or with a friend in the hectic local co-op mode. The art is top-notch, as is the diverse soundtrack that will accompany you through this microscopic adventure. The gameplay mechanics will be easy to pick up, and won’t need more than a handful of minutes for you to get the hang of things. WayForward has worked on some great games, and this Nintendo Switch exclusive can certainly be added to that list. Vitamin Connection is out now on Nintendo’s console and will run you $19.99. 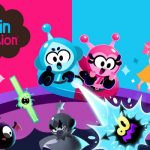 Great-looking and fun arcade-style release with a catchy soundtrack

Disclaimer
This Vitamin Connection review is based on a Nintendo Switch copy provided by WayForward.

Voxelgram Out Now On Nintendo Switch