Ritual: Crown of Horns places you in the role of one Daniel Goodchild. It turns out that Daniel is a former bounty hunter who ends up being resurrected by a powerful witch. “Why?” you might ask? Because she needs him to act as her bodyguard, as she takes on a cult that is using forbidden rituals all over the country. As one of the undead, you will get a chance at revenge, as you harvest the souls of those you defeat. It turns out the government had actually sent you on a mission to kill the very witch that ends up resurrecting you… and that you end up dead because of the double-crossing government. 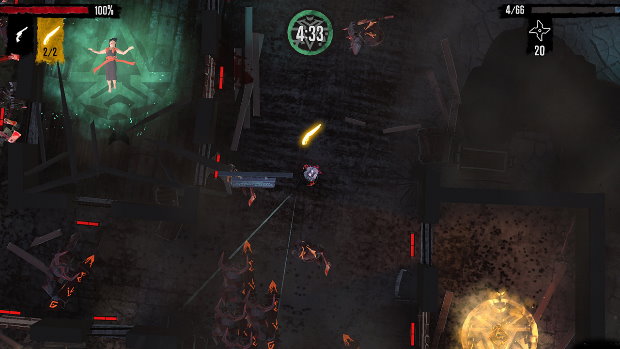 The game is presented from a top-down perspective and is essentially an arena-style shooter, so you’ll move Daniel around with the left analog stick or the D-Pad, as you look around with the right analog stick – a stick you can press down on to reload your weapon. You can cycle between your available weapons with the L and R buttons, aiming with the ZL button and shooting with the ZR button. You can also dash with the B button in case you need to put some distance between you and your opponents, but you will do this at the cost of one soul per dash. There’s also the fact that you can’t dash while aiming your weapon – and you’ll also walk more slowly – so you should always be on high alert in case you need to stop aiming so that you can dash out of the way of danger before it’s too late! 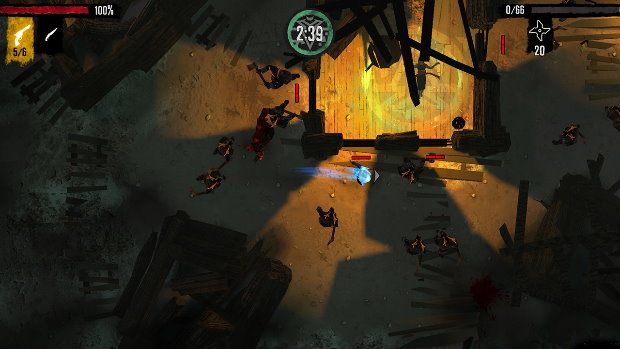 You will also get to use some powerful spells, which will cost you souls to activate. You can have up to three spells assigned to the X, Y, and A buttons. Between missions, you will get to visit the hub area from which you can talk to the witch to learn more about what is going on, as well as to select the magic spells you wish to take with you, with the variety on offer increasing as you progress through the game. Each spell must be slotted into one of the three available spots, so you can’t just take every spell with you. You can also check out the Journal to read any of the notes you have found during your journey. Once you’re ready to take on the next stage, you can select the stagecoach to carry on.

The goal for each mission is simple: keep the witch alive as she performs a powerful ritual that will cleanse the area from all of the supernatural entities and the nasty cult members. To do this, you will have to basically kill anything that moves. You can use your different weapons to make this happen, as you take into consideration if a powerful shotgun that only has a couple of shots in it before it has to be reloaded is the right way to go, or if you should use your trusty pistol to attack more enemies for less damage. 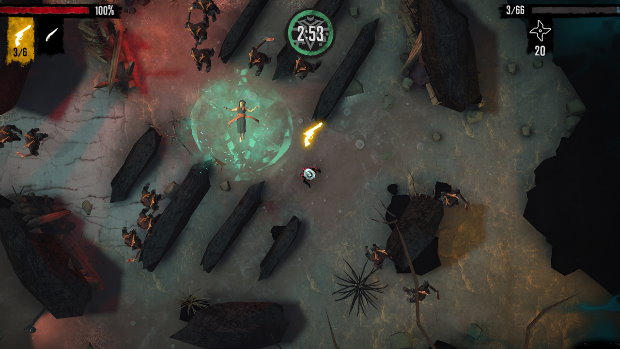 After a couple of missions, you will gain access to a peculiar fellow who has a knack for working on creating weapons from any blueprints you find during your journey. This is a very important ability since the more weapons you have, the better your potential loadout for each mission. Each weapon will have different stats for its range, capacity, the overall damage dealt, and how fast it can be reloaded. It might also have additional stats such as having a big spread when attacking, or if it can end up piercing through enemies.


Next up will be the Trickstress, who you can use to procure magical gear to boost your abilities, as long as you can bring to her the magical components she will need. You will need to procure Demonic Horns, which act as a special currency you will receive for completing a stage, and you can also replay stages to complete a series of challenges that will reward you with some additional Demonic Horns. You have specific slots for your hat, your clothes, as well as two slots for accessories, so you need to be careful about what you buy from the list of available items since there’s not much use in buying two hats when you could first buy a hat and an accessory to receive an overall better boost. 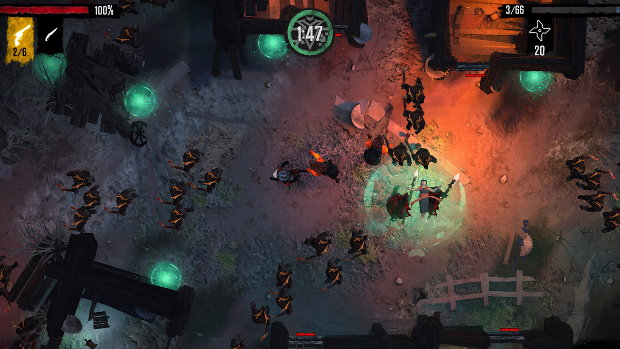 Every mission you take on will have a different set of reward(s) to offer to you if you manage to survive long enough for the witch to finish her ritual and cast her powerful spell. These can include blueprints for new weapons to craft, as well as blueprints for items that can offer things such as a boost to your starting souls count, better healing, or improvements to your weapons, that could include adding some extra ammo capacity to one of your guns, which is certainly appreciated since there’s a ton of enemies coming at you (and the witch) at all times. 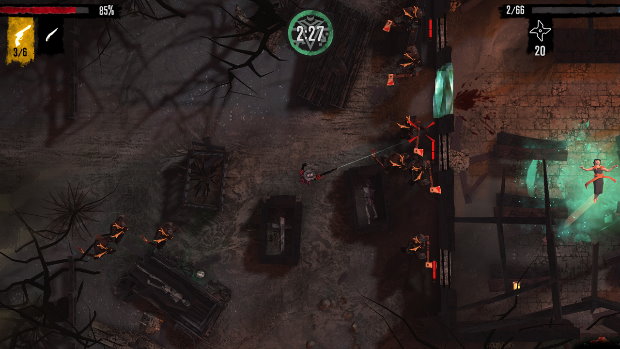 Ritual: Crown of Horns sets out to give us an arena-style top-down twin-stick shooter with a supernatural theme, and it certainly manages to do that. It’s a fun game with tight gameplay mechanics, extra replay value thanks to the challenges it has to offer for each of its levels, as well as the different rewards you will get and the many configuration combinations you can have for your weapons, equipment, and spells so that you can find the right loadout for each particular scenario. There’s not much to complain about for Ritual: Crown of Horns, except for two things: the rather lengthy loading times and the typeface used for the in-game text, which is a bit hard to read. The game is out on Nintendo Switch for $19.99. 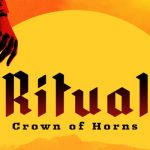 Disclaimer
This Ritual: Crown of Horns review is based on a Nintendo Switch copy provided by Feardemic.