Jump back into the arcades from back in the day and relive the awesome shoot ’em ups of the era. Check out Psikyo Shooting Stars Alpha review!

Psikyo Shooting Stars Alpha is a collection of old-school arcade shoot ’em ups now available to play on Nintendo Switch, and it’s the perfect place to play them! The collection includes Strikers 1945, and it’s two sequels(which I think most people of a certain age will recognize), Dragon Blaze, Sol Divide, and Zero Gunner 2. From a collection standpoint, it’s really interesting as it features some World War 2 infused games, two fantasy ones, and a more modernly themed game as well. It’s a good mix of familiar releases and some I’ve never seen before, so I was looking forward to jumping into the collection. 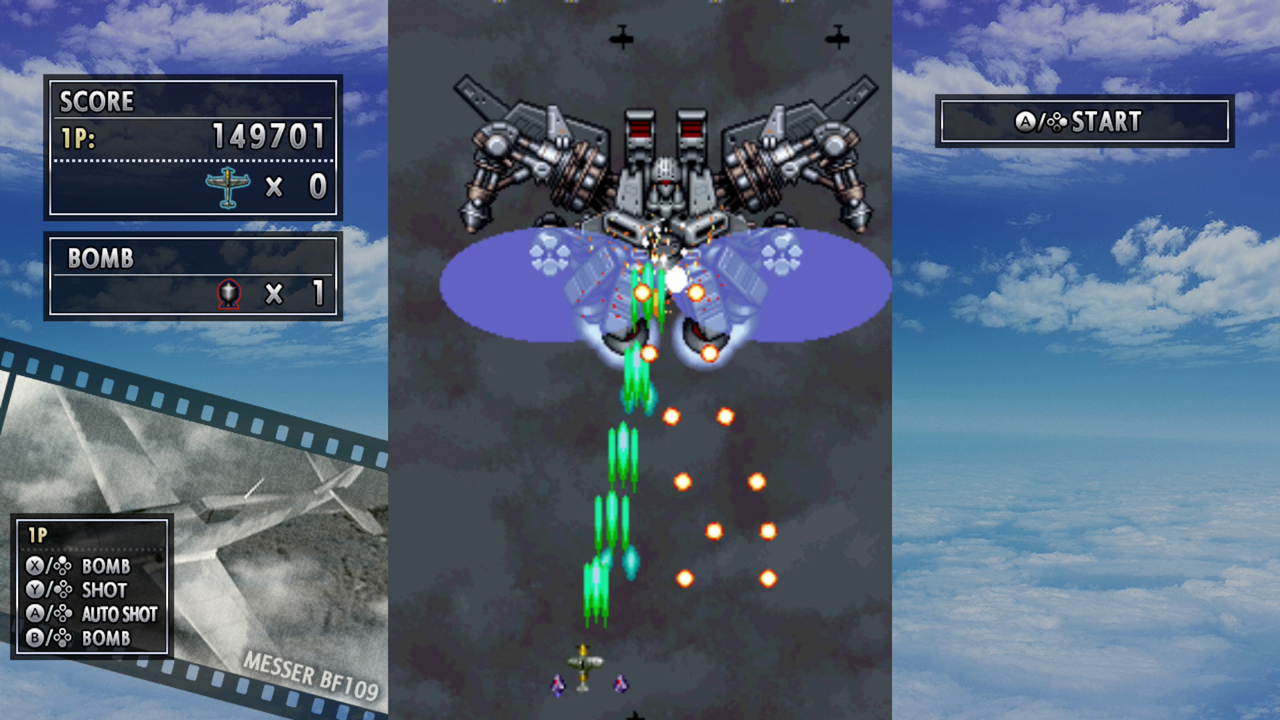 Most people are familiar with the Striker 1945 series, as they were a staple of local arcade releases way back in the day – I dropped many quarters into these machines! Jumping back and playing them on the Nintendo Switch was an interesting experience, especially since I was able to play all games in the series one after the other. They all follow the same basic formula. Pick a vehicle, attack enemies, shoot them down, avoid their bullets, and try to keep your helicopter in one piece. There are power-ups to help you along the way, and at the end of each level, you will take on a boss that will challenge you.


The second game adds a meter at the bottom for your charge ability, and the graphics get slightly better and crisper with every sequel, making the presentation feel slightly better each time. I enjoyed my time with all of them, and it brought me back to my quarter pumping days. They are still tough, even as an adult, but they were designed to take your quarters, so it makes sense that the overall difficulty is dialed up for these shoot ’em ups. 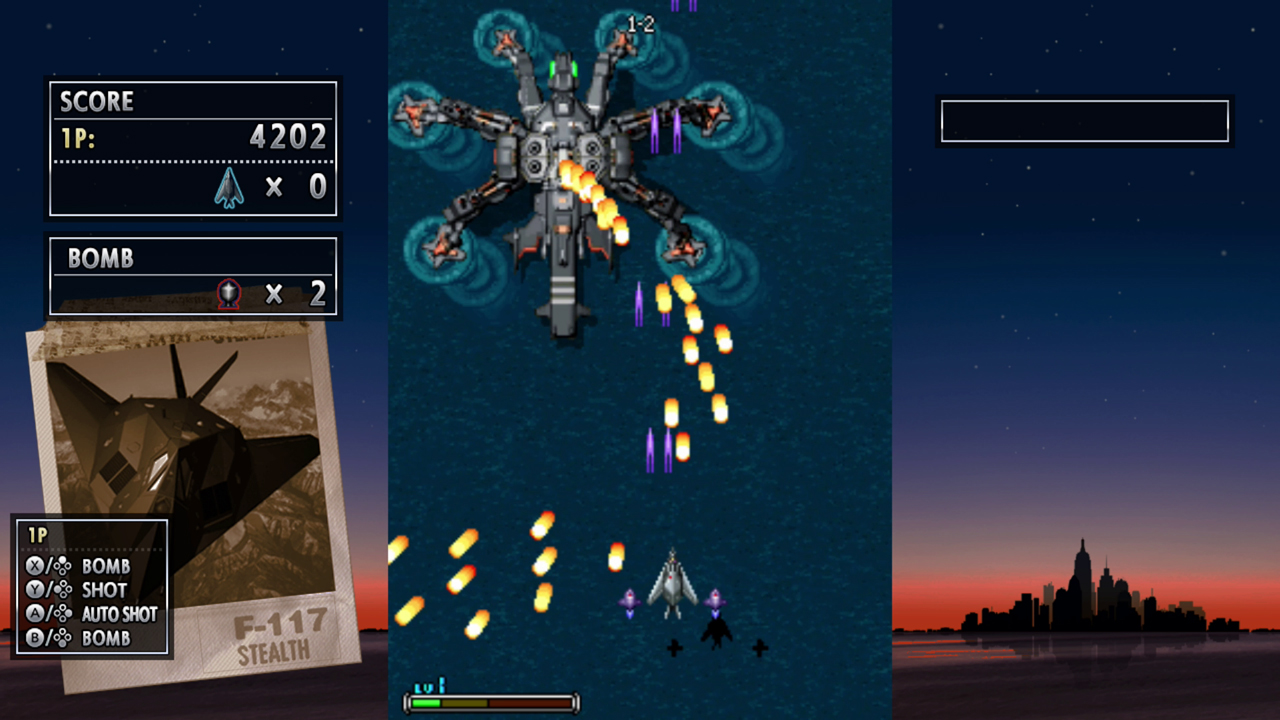 Let’s talk about some of the other games I wasn’t as familiar with. Sol Divide is a big change of pace in the collection as it features horizontal movement. It features a fantasy setting allowing you to pick from three different characters. Sol Divide has the options of branching paths as you could make changes in the direction of the game and how the story is told. The characters have the option of using regular attacks, melee attacks, and magic spells. It’s a good mix up, and a nice change from the rest of the games in the collection, allowing for some cool results.


Dragon Blaze is another fantasy-themed game, but it takes things back to a vertical layout. You can select from four different dragon riders when taking on this action-packed shoot ’em up. The mechanics on this one are really interesting since you can jump off your dragon and launch it forward, which will allow the dragon to continue firing while you control the rider and also use it to attack. Your dragon will be able to breathe fire and drop bombs as well. I definitely found the gameplay on this to be the most fun but also the most intense as it was very difficult to progress through. 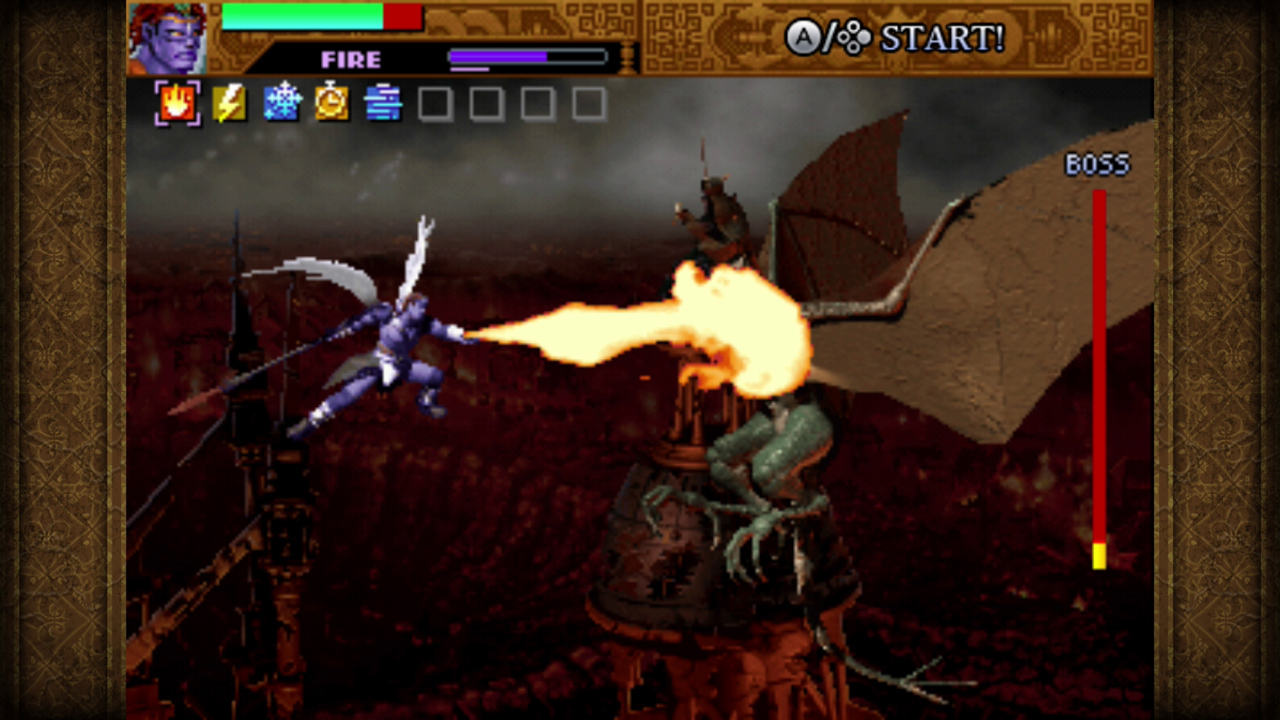 Finally, we have Zero Gunner 2, which is the most modern of the games in the collection in its theme, graphics, and gameplay mechanics. At its heart, it’s still a shoot ’em up, but now instead of a simple vertical shooter, the screen moves in multiple directions around you. Because of this, enemies come from all around you, so you need to move your helicopter on a pivot to avoid attacks and to be able to shoot in all directions. It’s definitely got a more modern feel to it and is an evolution of the formula from the Strikers 1945 series. I had a ton of fun with this one as well.


None of the games are overly long since arcade shoot ’em ups were never designed for length. The replay value for these games was in trying to get the best highscore – or at least improving over your previous one – and in playing at the arcade with other gamers. That’s why I was surprised to see the lack of an online leaderboard, as it would have been a great way to compare your score with that of players from all over the world. The good news is that Psikyo Shooting Stars Alpha does allow you to switch the orientation of the screen when playing in handheld mode, which means that if you have a Flip Grip, you can play the game vertically, and let me tell you that it feels awesome! 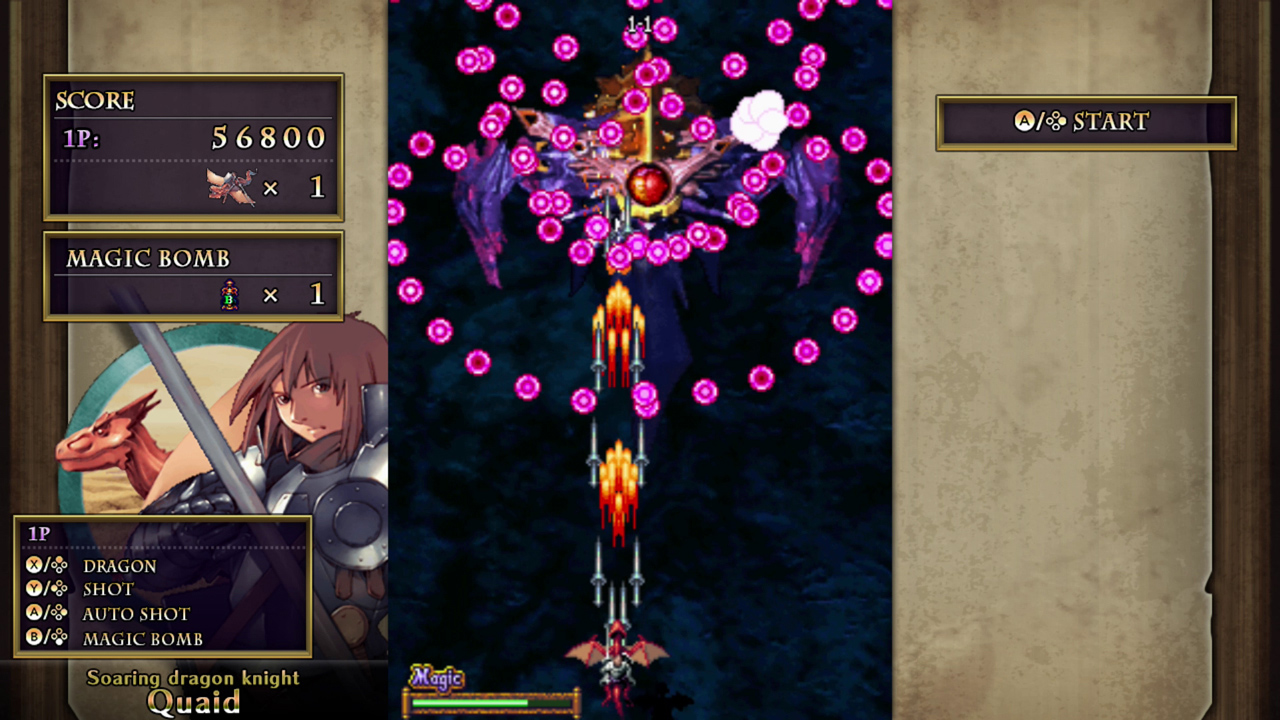 Final Thoughts
Psikyo Shooting Stars Alpha is a great collection of arcade shoot ’em ups with a nice selection of games. I’m glad I got time to spend with these classic titles and really sank my teeth into all of them. I think that Dragon Blaze and Sol Divide, the two fantasy-themed ones in the bunch, are the ones that stuck out the most since they felt different from the other options in this retro package. Other than the games not having online leaderboards, there’s really not much to complain about here. 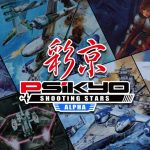 Disclaimer
This Psikyo Shooting Stars Alpha review is based on a Switch copy provided by NIS America.