Metro Redux from 4A Games and Koch Media is a collection with the two first games in the series, and it’s now on the Nintendo Switch. Learn more in our Metro Redux review!


The Metro series from 4A Games started back in 2010 when the studio, along with the former version of publisher THQ, released Metro 2033. It was later followed by Metro: Last Light in 2013, now published by Deep Silver. The studio and publisher then followed this by releasing the Metro Redux collection, which contained Metro 2033 Redux and Metro: Last Light Redux, which are remake versions of the two original games, revamped for a new generation on the PlayStation 4. And now, it’s the turn of the Nintendo Switch to get this collection! 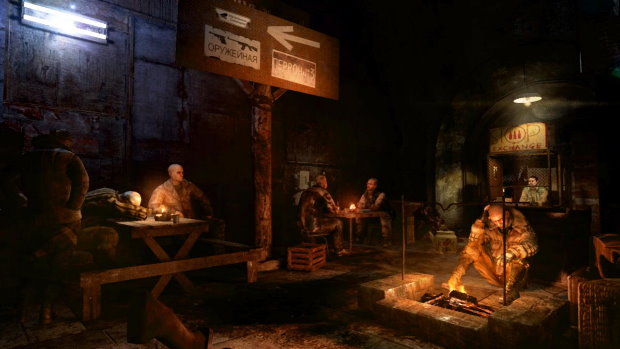 What we get in the Metro Redux collection on Nintendo Switch is, of course, both Metro 2033 Redux and Metro: Last Light Redux, along with all DLC included right from the start. This means we get additional weapons and a new difficulty setting for Metro 2033 Redux, and that for Metro: Last Light there’s extra weapons, an extra difficulty setting, as well as an extra story that expands on the Metro universe, providing new single-player sections to play so that you can get an expanded look at things. 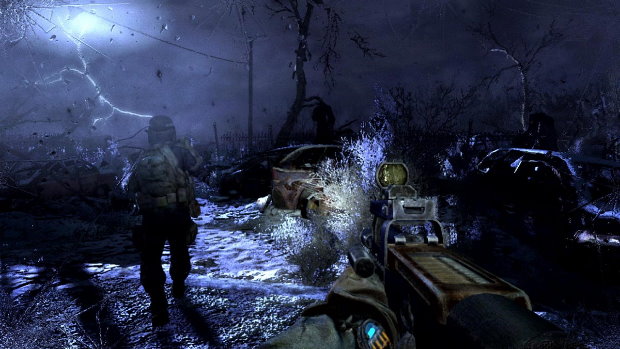 The Redux versions of both games take the originals from ten and seven years ago and have made them better by improving the different models, texture, and lighting. On top of this, the AI has been boosted, the animations have been expanded, and the resolution sits at around 1080p when playing in Docked mode, and 720p when in Portable mode. Since the Nintendo Switch is certainly not as powerful as the PlayStation 4, the framerate has been lowered from 60fps to 30fps, but with the Nintendo Switch, there’s the option of playing the game at home or on the go.


As its name suggests, Metro 2033 Redux is set in the year 2033. You’re exploring Moscow years after a terrible apocalyptic nuclear war has wreaked havoc on the planet, killing billions in the process. The world is now a dangerous and deadly wasteland, which is why survivors have taken refuge in the underground metro system of Moscow. There are now those who were born underground and have never seen the outside world… or what’s left of it. The game is based on Dmitry Glukhovsky’s Metro 2033 book. 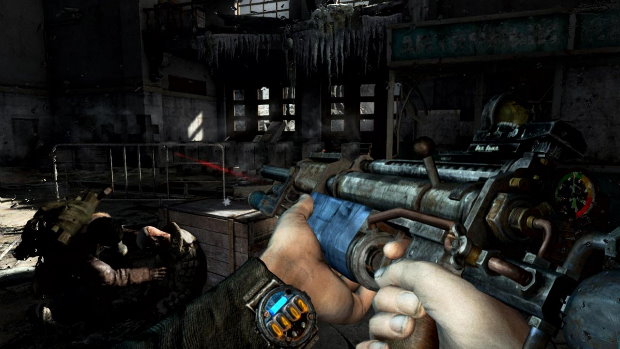 You will play as Artyom, who, while being born before the apocalypse, ended up being raised in the underground. While thousands of people have managed to carry on and try to live the best life possible, a new threat springs up in the form of deadly monsters that have been dubbed the “Dark Ones.” Because of this, Artyom sets out to explore the Metro system to try and warn others before it’s too late, while also trying to find the help that is needed to save those at his station. 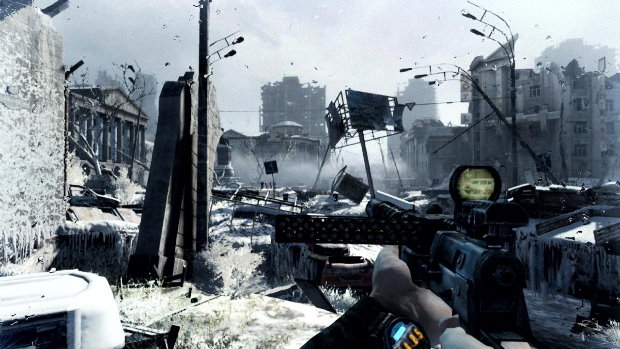 Metro: Last Light Redux is a direct sequel to Metro 2033 Redux, and as such, takes place a year later in 2034. While not based on the Metro 2034 novel by Dmitry Glukhovsky, the author worked on the overall story outline for the game, as well as its dialogue. The game later served as inspiration for Glukhovsky to write the Metro 2035 book, which takes some of the story beats of Metro: Last Light Redux. This being a direct sequel means that what you’re about to read in the next paragraph is to be considered as spoiler-heavy information. 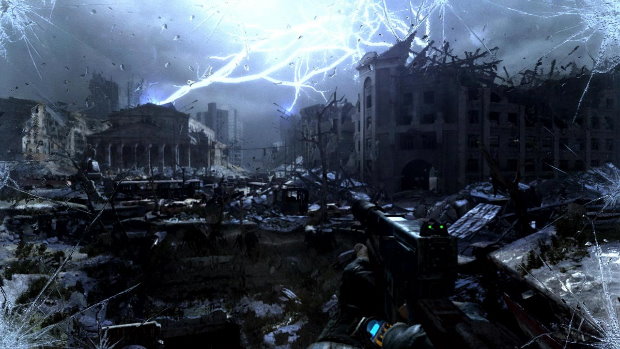 After the end of Metro 2033 Redux in which Artyom manages to launch a missile strike against the Dark Ones, completely destroying them, he is now part of The Rangers, a peacekeeping outfit that operates on the Metro system. The different factions in the city are fighting over a military bunker from before the nuclear war that destroyed the world, which had been unexplored until that moment. Not knowing what could possibly be in the bunker, but knowing that any resources and data found inside would prove to be valuable, the different rival factions aim to seize and conker the bunker. 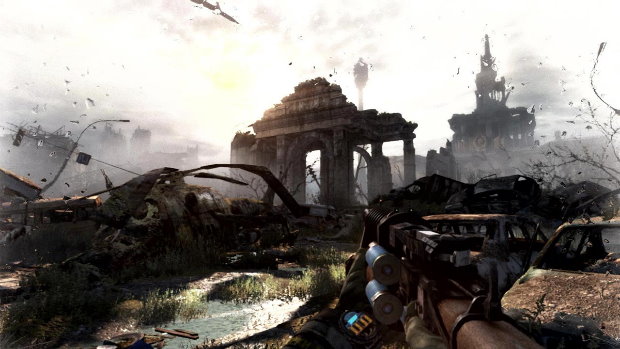 As you progress through the game, you learn that there is, in fact, a Dark One that managed to survive the missile strike, and this sets the wheels in motion as Artyom seeks out this last Dark One, eventually finding a young member of said group that has indeed survived the massive missile strike. Artyom wants to communicate with it and save it from suffering the same fate as the rest of its kind, but there are a couple of plot twists that I won’t spoil here, that change things around. 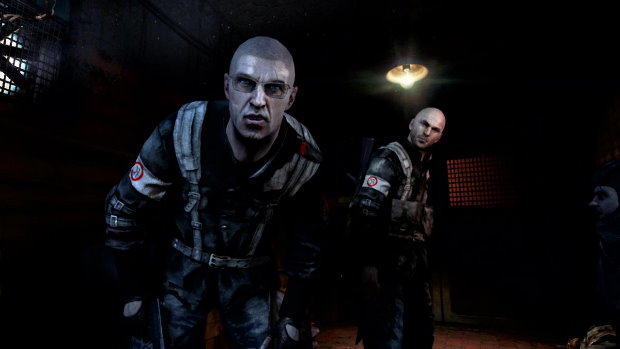 The games offer two types of playing styles for your journey. You can take on the Survival mode, which gives you the original survival horror first-person experience, with deadlier combat, challenging stealth sections, and an emphasis on resource management. Or, if you feel like it, you can dial things up a bit and take on the Metro games in Spartan mode, which is a bit more action-oriented with more plentiful resources to find along the way. On top of this, there are a handful of difficulty settings that will dial up the danger of each battle. The two higher difficulty settings will even limit or straight up remove the HUD and UI while making resources harder to find.

Since they’re first-person survival horror experiences, you’ll be moving your characters with the left analog stick, looking around with the right one. You’ll aim at anything that moves with the ZL button, firing your weapon with the ZR button, and can interact with things with the Y button. Sometimes you’ll have to crawl to get through tight areas, as well as to lower the amount of noise you make, as to not alert your enemies. You’ll also have to jump to clear some gaps, which is done by pressing the B button – just be sure to get a running start so that you can make it! You also have the option of activating motion controls by making use of what the Joy-Con and the Nintendo Switch Pro Controller have to offer, even being able to invert motion controls on the X-axis and the Y-axis. 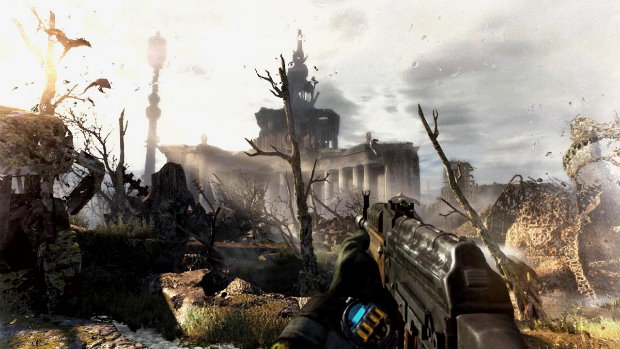 The one complaint I have about the game is how during a few instances, the overall loading time was close to the minute mark, which was not a deal-breaker since, during all other instances, I only had to wait for a few seconds. Metro Redux offers a chunky overall experience with dozens of hours of content between both games and all additional content. The collection is out at retail on Nintendo Switch for $49.99, including both games and all DLC on a Nintendo Switch cart. You can also get Metro 2033 Redux and Metro: Last Light Redux separately on the Nintendo Switch eshop for $24.99 each.

Disclaimer
This Metro Redux review is based on a Nintendo Switch copy provided by Deep Silver.