Fly with a group of creatures called the Lumini. Adventure on with them and explore each location as you flow from here to there. Check out our Lumini review!


A long-forgotten species, a hostile planet and a journey of discovery – welcome to the world of Lumini…

Having vanished without trace for thousands of years, an innocent race of creatures known as the Lumini have returned to their home world. Sadly, time has not been kind and the balance of the planet has shifted, turning the once gentle environment into a hostile landscape. Only the Lumini themselves can restore balance and help revive their long-dormant race, before adapting to preserve the future for generations to come.

Explore the Lumini home world in this relaxing flow-style adventure, overcoming obstacles and keeping your swarm safe while collecting the planet’s energy to bring back your fallen comrades. Split and reform your swarm, evolve and discover new abilities to bring the Lumini back to their former glory…

Go With The Flow – Designed to be one of the most relaxing games ever made, with laid-back gameplay and a soothing soundtrack.
Better Together – Collect energy and use it grow your Lumini swarm, then split into two swarms to solve puzzles and overcome obstacles in your way.

Natural Selection – The bigger your swarm gets, the more your Lumini evolve and gain more abilities; sonar, boosting, defensive moves and more.

Lumini is a new puzzle-ish game for the Nintendo Switch. The game gives me vibes of such excellent gems like Flower or Journey, and I can definitely how those games have probably inspired the team at Speelbaars when working on Lumini. 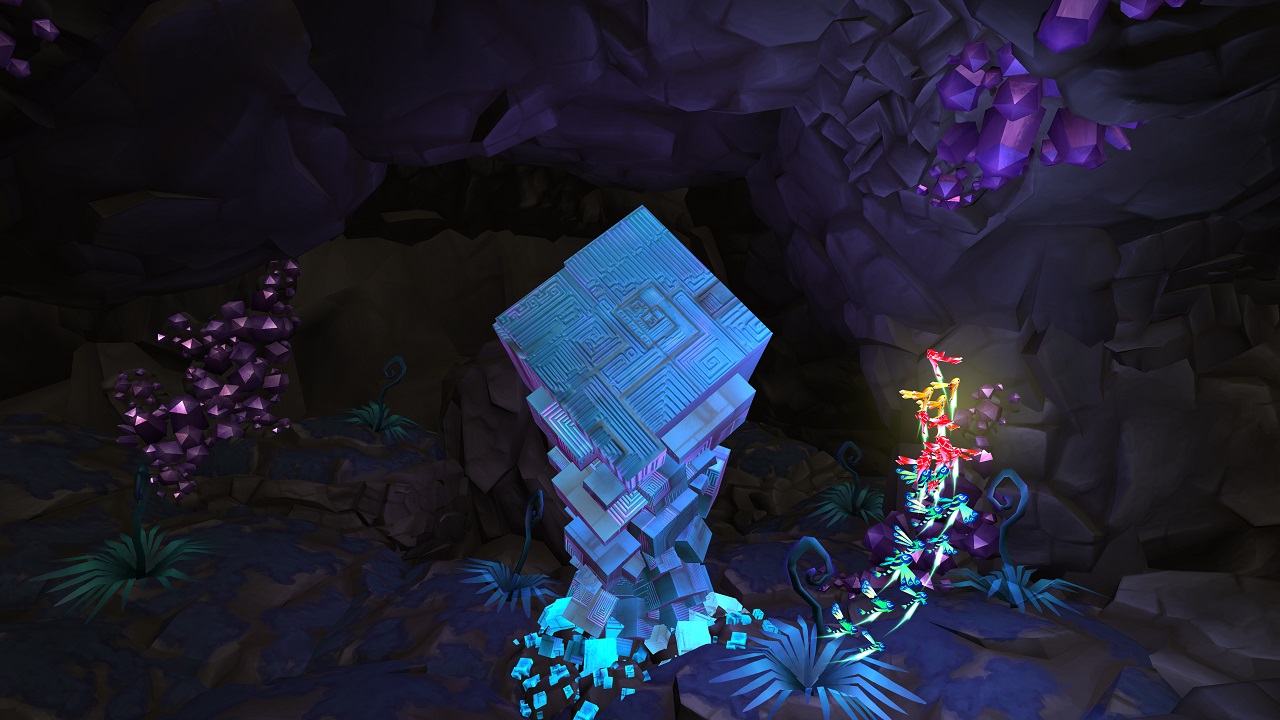 Lumini doesn’t really have much of a story. You are presented with a group of creatures called the Lumini. The Lumini were once the source of energy on this planet but disappeared 100 years ago. Since then, the planet has turned into a terribly hostile environment. You are now going to help them explore the planet, returning the energy to where it came from. It’s a simple premise, but it does what it has to do.


You control a school of Lumini, and you will guide them around the planet using the analog stick to control the direction in which they flow. You can use the right analog stick to split your school into two different groups, and will then control them separately with each stick. This can feel awkward at first, but you will be able to get used to it as you play. It’s something that’s never needed for a long period of time, usually to solve some puzzles involving multiple switches. There is not that much variety in the puzzles you will solve when splitting the group. 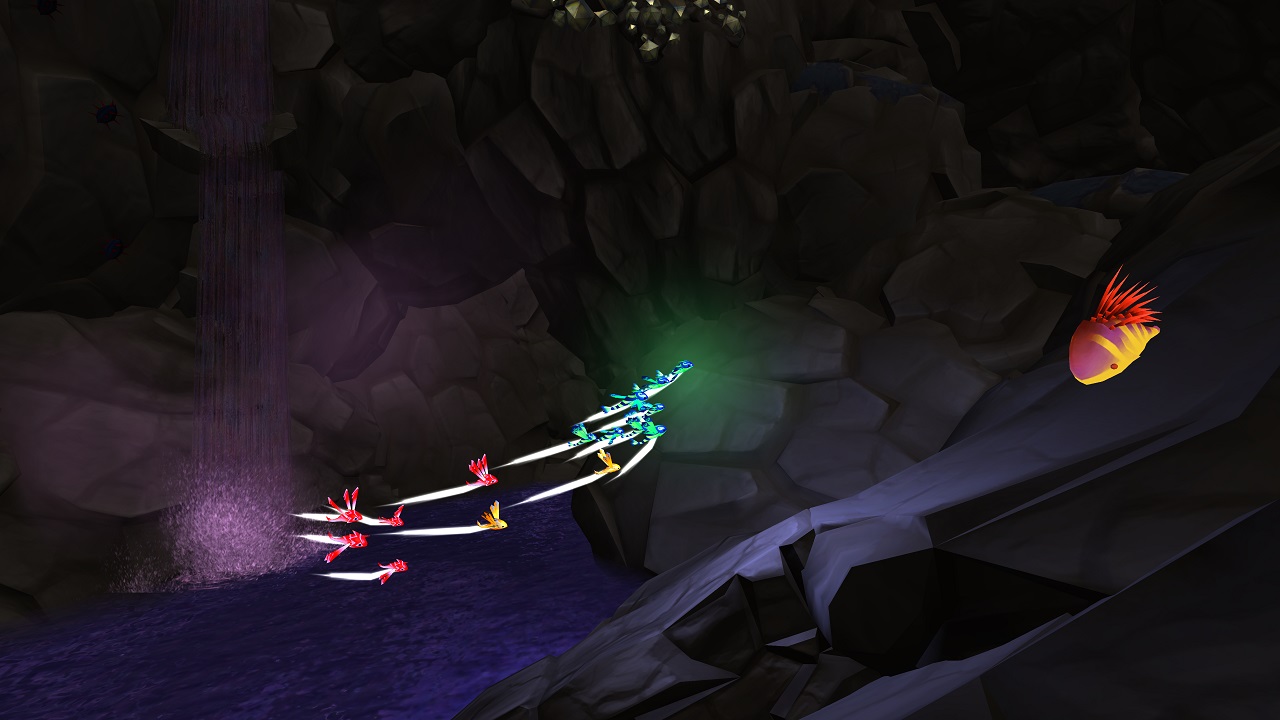 Throughout the world, you’ll also find some enemies. You have Lumini of different colors that you can cycle through. The red Lumini are stronger and more aggressive when attacking, while blue ones are faster and more swift, with speedier attacks. You can mix it up while battling the enemies and find the right combination to beat them. I definitely enjoyed this part of the game, finding great enjoyment in battles. You won’t ever feel overwhelmed by battles, but they do add a nice change of pace.


What impress was the design of the world itself, it has a very distinctly alien nature. My eyes were constantly being pulled to different areas of the screen as I took a moment to see everything Lumini had to offer. The music also left a great impression in me. I’ve mentioned the ebb and flow of the game, and the music is definitely designed to enhance this. As the action picks up, the music becomes more intense the music picks up. As things slow down, the music will also slow down. It always seems to encapsulate what you are doing and helps control how you feel as you play.


I never felt challenged while playing Lumini, which is why it’s good that after beating the game, a hard mode will be unlocked. This is something that I wished would be available right from the start, because I’m not sure how many players are going to take Lumini through multiple runs. 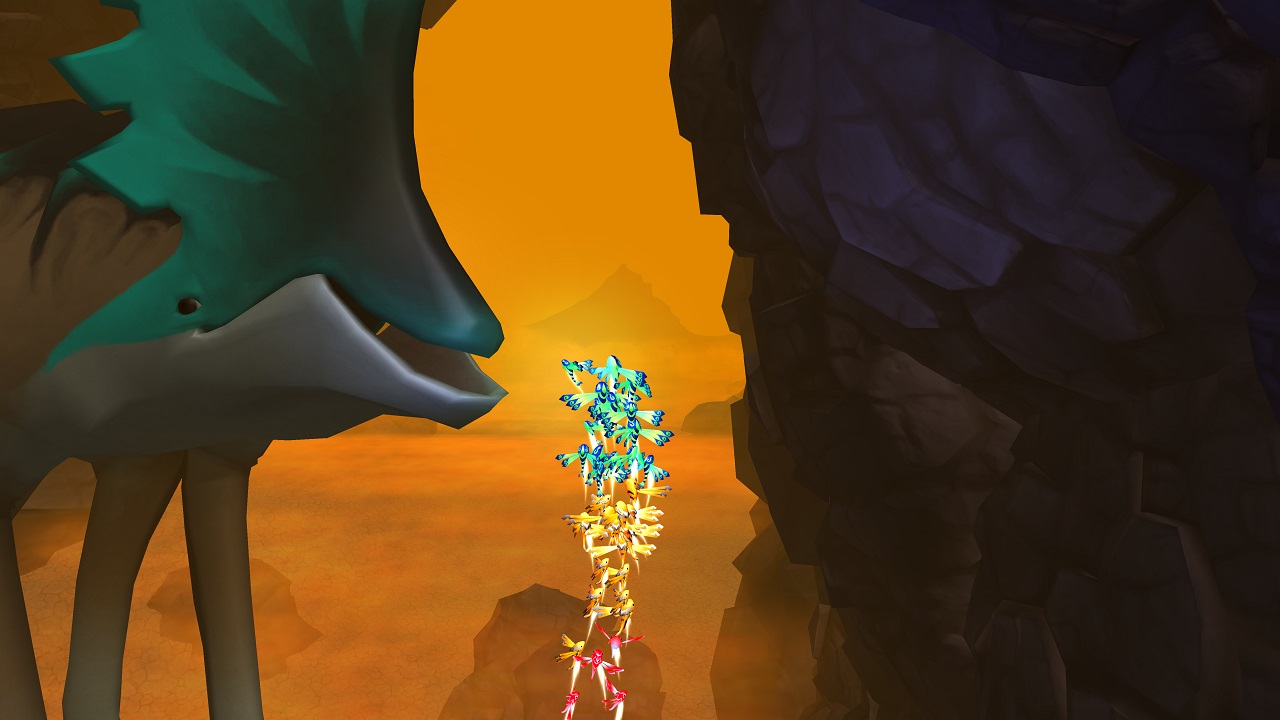 Lumini is a unique yet simple game in which you’ll fly, explore, flow, solve puzzles, fight enemies, and save the world. The puzzles end up feeling a bit repetitive, and the overall pacing of the game does suffer when each puzzle is introduced. In the end, this is not going to be for everyone, but it does offer some interesting elements for its budget $9.99 asking price.

Disclaimer
This Lumini review is based on a Switch copy provided by 2Awesome Studio.