KUNAI from Turtleblaze and The Arcade Crew is a Metroidvania in which you play as a sentient ninja tablet. Find out more about it in our Kunai review!


In KUNAI, things have gone terribly wrong, and humanity has almost been completely wiped out by Lemonkus, an evil A.I. Robots roam free, but a small resistance force is getting ready to change things up. After freeing Tabby, a robot infused with the soul of an ancient warrior. Since this is a Metroidvania, you will start with nothing more than being able to walk left and right and jump. Luckily, you will soon find out a powerful sword for you to slice and dice up your opponents, as well as a pair of very handy kunai. 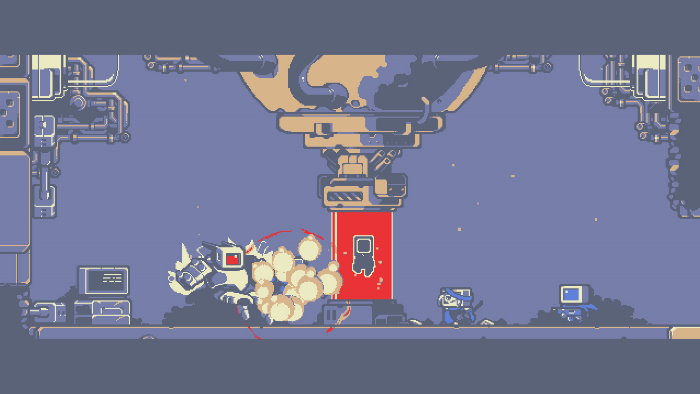 You’ll move Tabby with the left analog stick or the D-Pad, jumping with the B button. You can also dash with the L and R buttons as a ninja should. Your primary weapon is mapped to the Y button, with your secondary weapon set to the A button. If you need to swap weapons, you can do so with the X button. The ZR button is for the right kunai, while the ZL button is, as expected, used for the left kunai. These are used as grappling hooks of sorts. Since this one is a Metroidvania, you should make good use of your map by pressing the – button. Your sword is special, and you’ll be able to steal the energy from the enemies you defeat so that you can recharge Tabby. 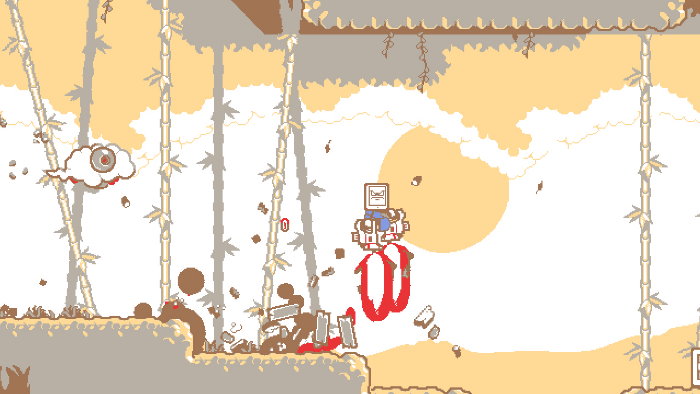 If you see a robot with a red hue to it, then that’s your cue to get ready since that robot is certainly not friendly! You will run into robots of all shapes and sizes, all with one thing in common: they won’t stop until you’re destroyed. You will find small robots that just walk around without properly attacking you, enemies that carry semi-automatic weapons, rather large stationary turrets that will shoot at you in bursts, small flying robots that can quickly swoop in for an attack, and more. 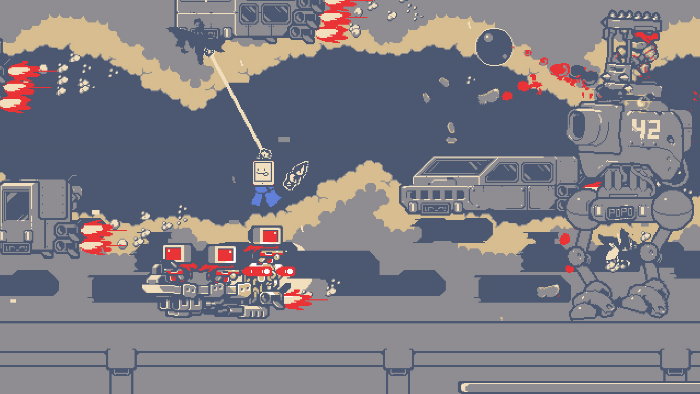 Whenever you find a router, you should make sure to check the Tabb store. You’ll have three bars of solid connection and a steady speed to go online and using the red coins-like currency you can obtain from the enemies you defeat and the metal chests you open to purchase upgrades for Tabby and its arsenal. At first, you will only have a handful of upgrade options, but as you obtain new weapons, you will also get new upgrades to buy. You could get a solar panel that will allow Tabby to regenerate its battery or a boost to how much energy you recover from the enemies you defeat. There’s a handy one that will make it possible for Tabby to slingshot itself upwards when using both kunai with new and improved elastic ropes. 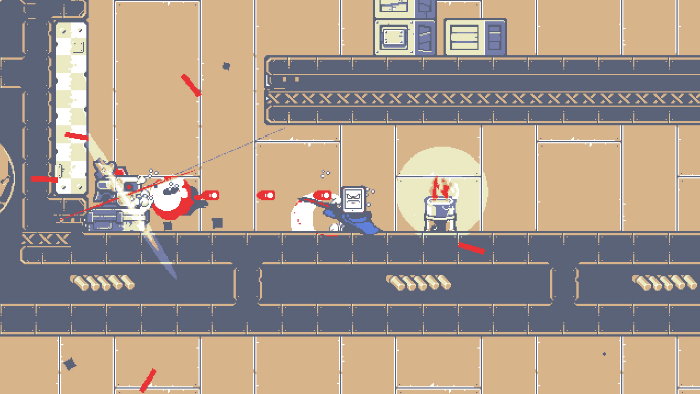 Be sure to search high and low, since you never know which wall might be hiding something from you. If a spot looks suspicious, odds are you’re having the right feeling, since it could be hiding a metal chest that might, for instance, contain a piece of metal heart. Once you’ve collected all of the required pieces, your overall health will be expanded! You can also collect more than 30 H.A.T.S. to customize Tabby with. Would you like to see him rocking a hat in the shape of a pig? 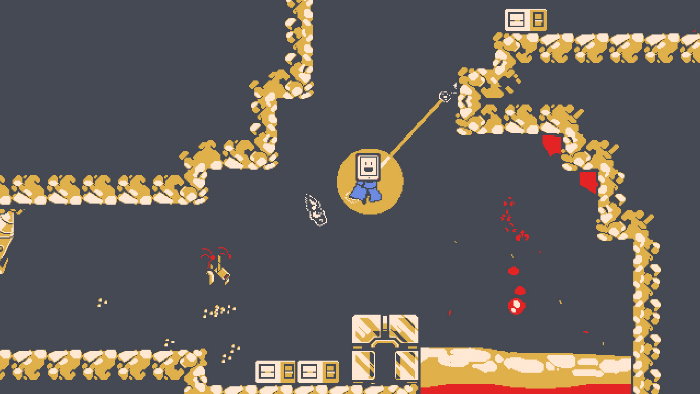 KUNAI is a fun 2D action Metroidvania on Nintendo Switch that is worth playing. It has a nice challenge that keeps going strong as you progress through the game and fun gameplay mechanics that make for some fast-paced grappling/slashing times. It has an interesting art style with a minimalist color palette that shifts a bit here and there as you explore new areas, and this helps it stand out on Nintendo Console, and it also makes great use of the Joy-Con’s HD Rumble, gently vibrating as you land from each jump, roaring strongly when a boss is attacking, and presenting other variations of intensity in between. KUNAI is out on Nintendo Switch for $16.99. 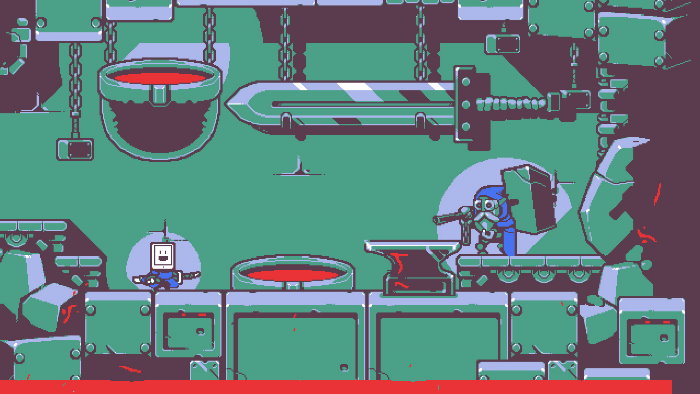 Disclaimer
This KUNAI review is based on a Nintendo Switch copy provided by The Arcade Crew.

Glass Masquerade 2: Illusions Out Next Week