Goblin Sword from Gelato Games is a budget 2D action platformer now out on Nintendo Switch. Learn more in our Goblin Sword review!


Goblin Sword is a 2D action platformer that was initially released on the App Store, and it’s now found its way to the Nintendo Switch. For its $4.99 budget price, it has 89 levels, 13 bosses, 30 weapons with unique special attacks for each one, 30 relics, 14 costumes, eight guardians, and five secret extra hard levels. Not bad for less than $5, right? As for the game’s story, it seems an evil wizard has gotten its hands on the titular Goblin Sword, and you must go out on an adventure to defeat all the monsters under his command – as well as the many bosses you will encounter – so that you can defeat the wizard himself. 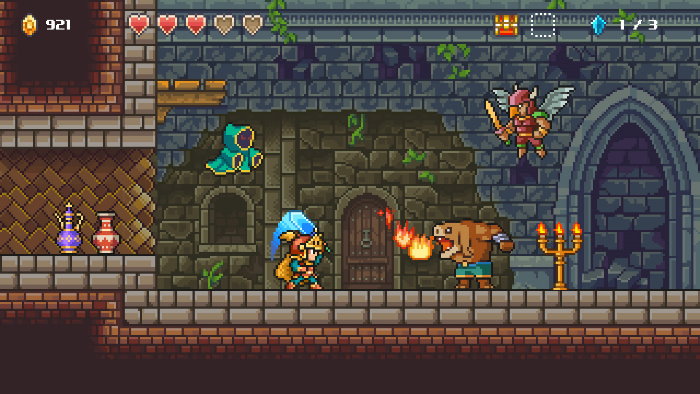 Thanks in part to its mobile gaming roots, the controls for Goblin Sword are simple and to the point. You’ll be moving the hero with the left analog stick or the D-Pad, jumping with the B button. If you press the B button a second time while the hero is already in the air, you’ll be able to trigger a second jump. Your sword attacks are mapped to the Y button, and if you manage to collect a magical orb, you will get a special attack with a limited number of uses, which you can check thanks to the special attack bar that will show up below your health. Once you find some relics to aid you on your quest, you can activate them with the X button. There are two more control options that mix things up by switching up which button does what, so be sure to experiment to see which of the three options feels right for you! 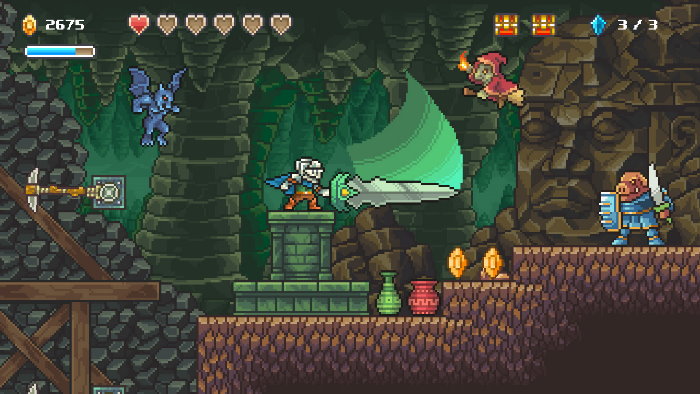 Each of the levels you explore will feature three magical crystals for you to collect, as well as two treasure chests to find and unlock. Sometimes the crystals and the treasure chests are out in the open, making it easier to spot them. But most of the time, both of these items will be hidden behind fake walls, or placed high on a stage, forcing you to find an alternate route to reach them. There are even some times in which you’ll first need to find a key that will open a special door that will lead you to the treasure chest! Most chests will contain coins and gems, but sometimes you might find a health potion. If you manage to collect four of these potions, your overall health will be boosted with an extra heart. 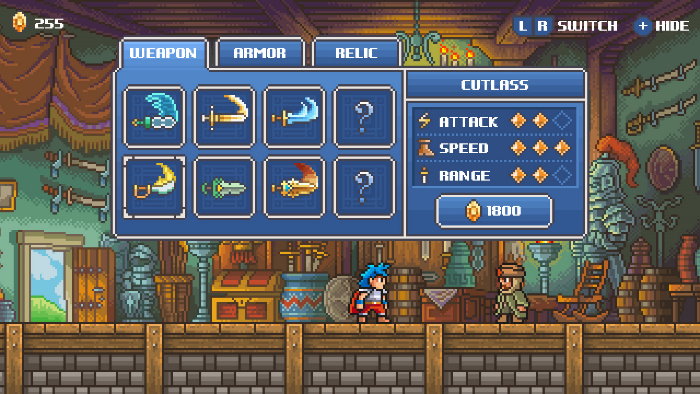 The coins and gems you collect will be put to good use when you visit the merchant, who is available on the main world map. When you visit the merchant, you’ll be able to purchase weapons with different stats for attack power, speed, and range, as well as different outfits to customize how your character looks in action. You can also purchase accessories that will grant you a better drop rate for hearts to heal your wounds, or of gems that can then be used to purchase new things, to name a couple of examples. 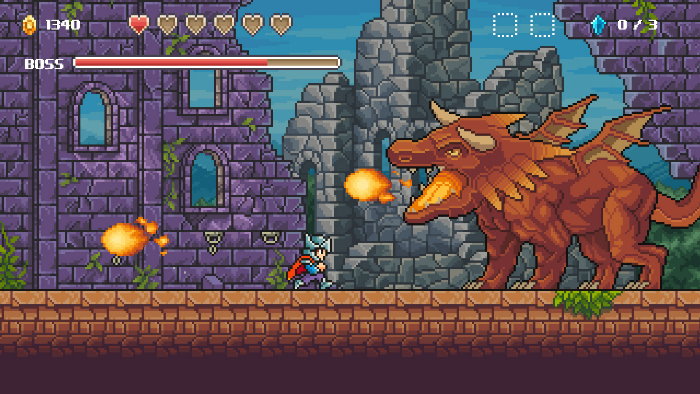 Every now and then, you will run into a boss level in which you won’t have to worry about collecting any crystals or treasure chests. You will need to pay attention to each boss as you start to battle so that you can review its movement and attack patterns. Are you fighting a large minotaur? Then perhaps you should realize it’s going to rush at you with its big and pointy horns, or perhaps it will strike the ground to make large – and, again, pointy – rock pillars pop out of the ground. 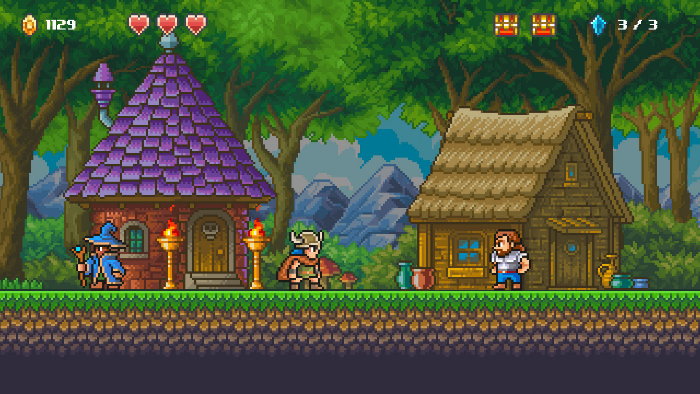 If you’re up for playing a colorful, streamlined 2D action platformer with a fantasy theme, available at a low $4.99 asking price, then Goblin Sword is certainly going to scratch that itch. It offers more than enough content to justify its asking price, and thanks to its minimalist gameplay mechanics, it’s one that players of all skill levels can enjoy. Add the different quests you can complete along with your main goal, for things such as obtaining all weapons, destroying 100 vases, defeating 200 enemies, and more, and you’ll be playing this one for several hours. 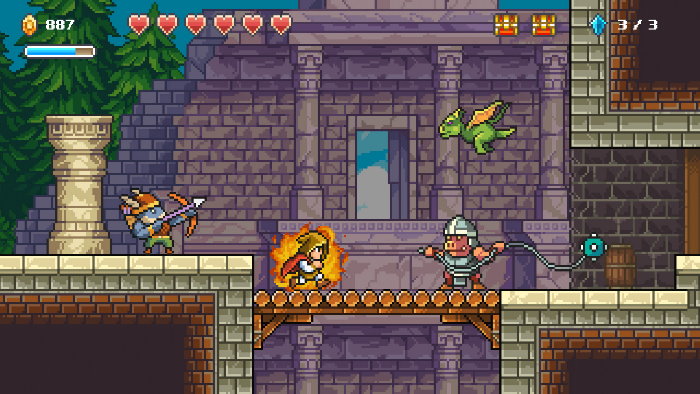 Disclaimer
This Goblin Sword review is based on a Nintendo Switch copy provided by Gelato Games.

Served! Out Next Week On Nintendo Switch