Are you ready for a very different type of game from Arc System Works on Nintendo Switch? Then get ready to check out our Code Shifter review!


In Code Shifter, you play as game developer Stella, who works at Awesome Rainbow Corp. Your task is to take the latest – and biggest – game from the company for a spin so that you can squash the remaining bugs before the game goes gold. As you rush to put in the final touches needed for the game to be a hit, some weird errors start to pop up, and since time is of the essence, you end up going straight into debugging mod to try and find what is going on. 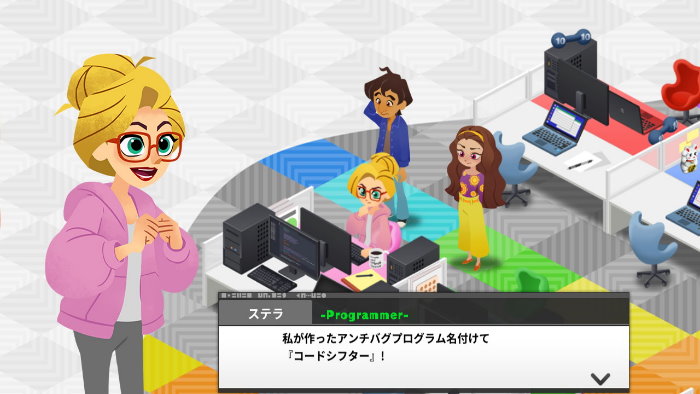 You also have a special attack mapped to the X button, but you need to be careful with it since every time you activate it, some of your hit points (HP) will be consumed. If you’re careless, you might find yourself in a bad situation with low HP and several enemies around you ready to dive in for the kill. You also have your gimmick set to the A button, and by pressing this, you’ll also get to collect heroes – more on all of this in a bit. Your character can also transform with the R button, or call for an assist with the L button. You’ll get to learn all the basics during a short tutorial section. 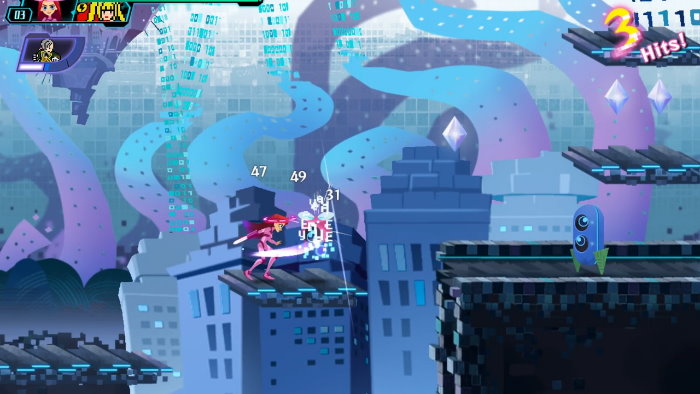 As you progress through the game, you’ll gain new skills that you can assign to one of your character’s skill slots to obtain boosts. These are obtained by getting an S rank on a stage while playing in the Normal, Hard, or Very Hard difficulty. Each difficulty setting will have a different skill to offer as a reward. You’ll also start to find new heroes from the history of Arc System Works, many franchises. Due to the errors and the virus in the code for the big game that is set to release in a month, the code for other games has ended up mixed up, so you’ll be able to add heroes to your team, transforming with the R button, or using the L button to call them in. Each time you call in an assist, you will use a bar for that assist, which you will need to refill with the energy spheres that the enemies you defeat will leave behind.


The heroes you can collect will have very powerful special attacks that can turn the tide of battle, but since each time you use a special attack you will use some of your HP, you can’t abuse it. Some of the heroes will also have a special gimmick attack with an elemental power, which you can use to progress through specific stages. There might be a set of stages with ice barriers you need to melt, and for these, you will have to use fire gimmicks. Later on, you could, for example, run into switches that need to be powered on, for which you’ll need an electrical gimmick to activate them. 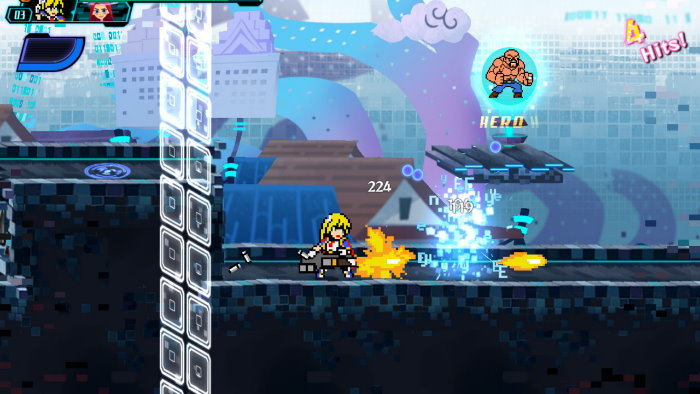 Along with the debugging in which Stella will be using Sela – her avatar – to squash some bugs and eliminate the virus she finds, there’s also another game you can play on the TV in the left corner of the studio: Colorful Fighters! Colorful Fighters has two modes to get you started, Stock, and Score. For Stock, you will have a limited number of lives – and a limited amount of time if you want to. As for Score, you will set a score to aim for, as well as the time you have to do so. As soon as you launch Colorful Fighters, you will be greeted with the NES main theme for Double Dragon, which was a nice surprise!

After selecting a mode, you can pick from the heroes you’ve unlocked from all of the Arc System Works franchises, such as Double Dragon, River City Ransom, Guilty Gear, BlazBlue, and more! There are thirty characters you can play as, along with 70 support characters, so you’ll definitely find some of your favorites in here! Colorful Fighters is an arena-style 2D fighter that will remind you a bit of the beloved Super Smash Bros., and up to four players can dive in for some hectic action.


As you beat each of the levels, you will gain some valuable practice that will be put to good use during the boss fights at the end of each batch. The bosses dial up the difficulty, but defeating them will, in the end, be worth it. Why? Because you will be rewarded with new suits for Sera that will give her new powers depending on which one you equip for her. Without spoiling things, the first boss, in particular, will be of the ninja variety, which means it will use long-distance attacks, a disappearing act, a dash attack, and more. 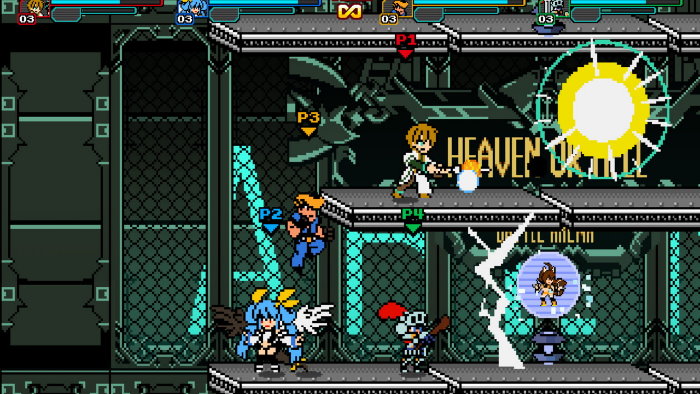 Code Shifter is a very different type of game from what we’re used to seeing from Arc System Works. The company has slowly but surely started to branch out with their IP, bringing us games that we certainly would not have seen, say, ten years ago. There’s something in here for everyone, from the solid pixel art for all the characters in the Arc System Works roster, to the great chiptune soundtrack for each of the hero characters you will, to the minimalist but fun 2D beat ‘em up, to the 2D fighter bonus game. Code Shifter is out on Nintendo Switch for $19.99.

Disclaimer
This Code Shifter review is based on a Nintendo Switch copy provided by Arc System Works.

Reed Remastered Out Next Week