As someone who loves to listen to music while working, or when I’m outdoors taking a walk with the dog, I was pleased to get the chance to review a Bluetooth headset that doubles as a cell phone headset from Hexgears. Learn more in our Hexgears E001 HexBand Bluetooth In-Ear Headphones review!

I was pleased with the shipping speed for the package. It shipped from the warehouse, and I received it the following day. The box contained the BT headphones, a micro-USB cord to charge (charging block not included), three different ear-pieces of interchangeable sizes, and a small user manual. It is stated that the BT headset must be fully charged at least once before using, and I definitively recommend you do so. Fully charging the headset takes 2 hours at most.


I liked that the headset has a longer cord than what I’m used to, which is great. The in-ear buds are very lightweight, and they are very comfortable, but after a few days of usage, I noticed that they were prone to collect dust faster than my usual headset. The headset is noise canceling, and while it didn’t cover 100% of the sound around me, if it was too loud, it was certainly above average. 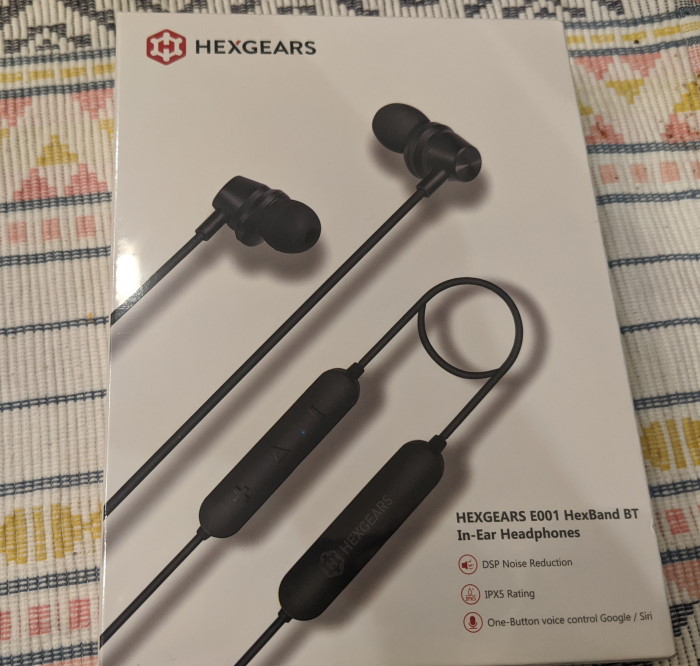 There are three buttons on the main control unit for increasing or lowering the volume, as well as the power on/off button. Each one has a distinctive feel so they can be used without checking them directly on the control unit. While connected to my phone, the middle button also connects to Google Assistant/Siri. The treble and bass balance also felt very good. If you’re an audiophile, take note that I also tested it with FLAC audio files, and it felt like I was standing directly in the recording studio – it was amazing!

One neat feature about the headset is that there are magnets behind the earbuds (like you can see in the picture below). If you’re sticking them together, not only can you walk without them falling on the ground, but it also sends a Pause or Resume signal to the song that is playing depending on if you are putting them together or bringing them apart. 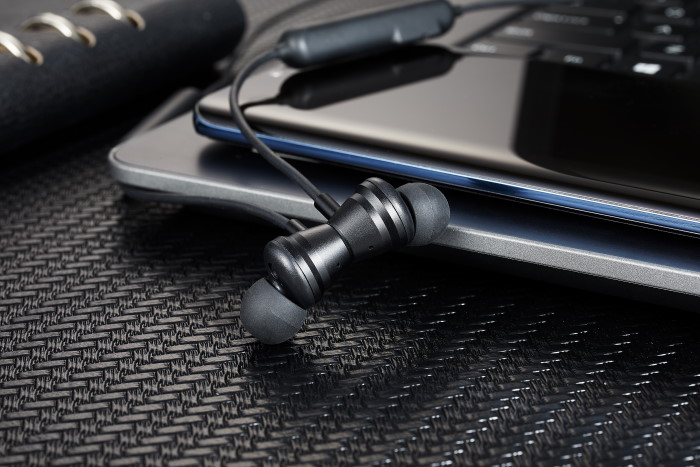 When charging, a red light pops up to let you know its working as expected. When booting up the device up, which is done by pressing and holding the power button for a few seconds, if you have the headphones on, you can hear it say “Hexgears.” For some reason, I had a hard time connecting them to my Android phone every time I gave it a try. I’m not sure why, but my other BT devices connect automatically and instantly, while this headset will stay at “Connecting” for a few seconds up to a full minute of waiting, and this was sometimes annoying as it wasn’t clear why the BT headset wasn’t connecting faster. The good news is that once it’s connected, the connection doesn’t drop.


The battery life is one of the most impressive I’ve seen for an in-ear BT headset. I’ve used it for roughly an hour and a half to two hours per day, and it has lasted for well over a full week of use for a single charge. The battery life is effectively in the range of 8 to 10 hours, which is great. If the device doesn’t receive a signal for a few minutes, it also falls into stand-by mode to prolong battery life. I tested it for a little more than two weeks before writing this review to make sure I had enough data to write about the set. 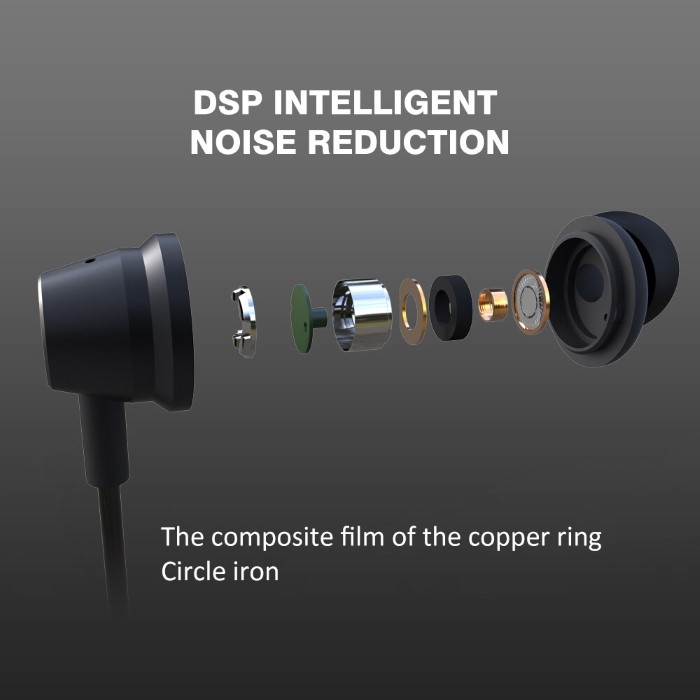 I also tested their range, and in the office, which has many walls, I was able to reach roughly 25 feet without having a single glitch, which is a very satisfying range. As you can probably imagine, the range is even better if there are no obstacles between the source of the sound and the headset.


I do have to mention a bug I got with the headset. On my Windows 10 laptop, the quality of the audio when connected is of low quality and is glitchy even if I’m really close to the computer. Since this issue only happened with my Windows 10 device, I’m guessing this might be an issue between the headset and the BT driver on my laptop, since other BT devices connected on my laptop doesn’t show this issue. Something for you to consider.

As for the PlayStation 4, the PS4 firmware detects that this isn’t a “recognized device” (aka from Sony), so the PS4 refuses to pair with it. There is a workaround using a USB Bluetooth dongle connected to the PS4, and then connecting the headset to said dongle, but this isn’t the way BT devices were intended to be used. I do want to mention that, if you’re feeling retro, pairing the headset to the PlayStation Vita is a cinch. 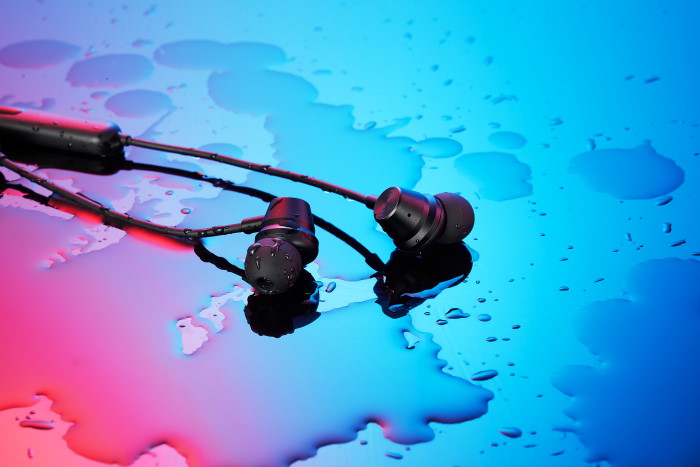 Final Thoughts
As you can see from my review, the Hexgears E001 headphones have now become my favorite headset. It is a comfortable set that has good sound balance while canceling most of the sound outside of the headset. It is also comfortable and has a great range and battery life. 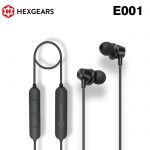 Disclaimer
This Hexgears E001 HexBand Bluetooth In-Ear Headphones review is based on a unit provided by Hexgears.