[PS4] Scheming Through the Zombie Apocalypse: The Beginning Review

Scheming Through the Zombie Apocalypse: The Beginning is, well, a game set during the zombie apocalypse. Since the game features an anthropomorphic cast, that means animals are out on the streets biting other animals for no reason –. You will play as Hank and Larry, who are trying to survive through it all. One of them, who is a 63-year-old rabbit, has a year’s supply of food… which, unfortunately, ends up running out after four months. Because of this, they set foot out of the apartment to try and loot some food and supplies so that they can carry on, not turning into one of the zombies. 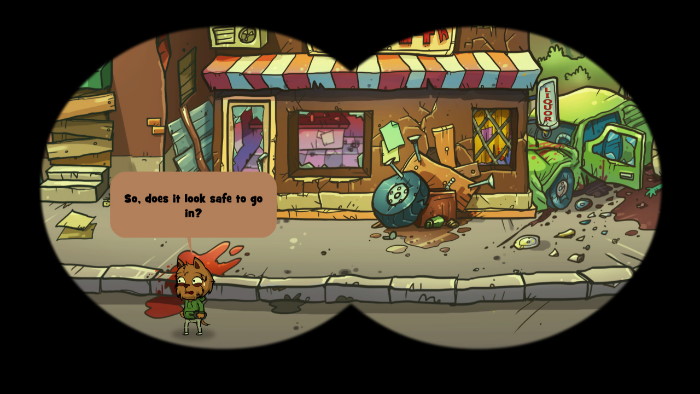 This one is an adventure game in which there’s a ton of dialogue, as well as different branching paths. The game features full voice acting, but there’s also the option of adding boxed subtitles along with the voices, or you can just leave the subtitles and remove the voices. Doing this will cut down on the overall time you’ll spend playing the game by around 40-50 minutes or so, so depending on how fast you like to complete your games, deactivating the voice acting could be the way to go. Don’t let the game’s colorful look fool you, because Scheming Through the Zombie Apocalypse: The Beginning is rated M for mature. 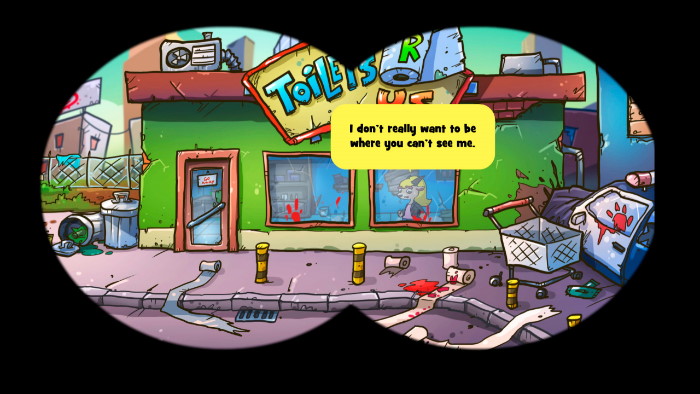 You’re going to be experiencing a ton of dialogue either way, and the different branching paths means that if you want to see everything the game has to offer, you’ll have to play it more than once. At least during subsequent runs, you can skip the dialogue you’ve already seen so that you can take new paths down the dialogue trees to see where the pair can end up story-wise. There are also some puzzles here and there for you to solve, but worry not as they won’t be too taxing. 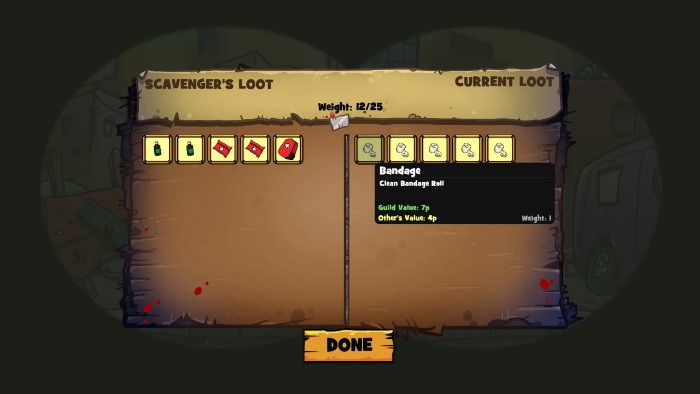 Another thing you’ll be doing a lot is looting, and you’ll need to keep in mind what you’re looting and how you’re doing it. Why? Because you’ll run into other survivors who are also trying to loot as many items as possible, and sometimes you’ll need to compromise in order to loot something. Take, for example, one interaction early in the game. You’ll find a store that still has some items in it, with a fridge that has a lock that you can’t pick. There’s probably something good inside, right? Enter a parrot. After he walks into the store – and you confuse him for a zombie and attack it -, the parrot tells you that if you split the loot with him, he can open the fridge. You’ll have to decide what percentage of the loot you’re willing to give him, and then adhere to that… or not. 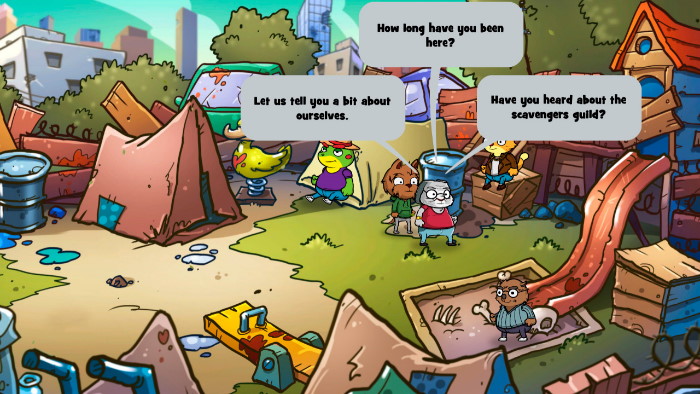 Every item that you loot will have a specific weight, as well as two sets of value: one for what it’s going to be worth for the scavengers guild, and one for what the item would be worth to anyone else. Oh, did I not mention the scavengers guild before? My bad! Larry and Hank learn that there’s a scavengers guild out there that has water, electricity, and more. Because of this, they come up with a plan: scavenge as many items as possible so that they can take them to the scavenging guild to pay for their stay. 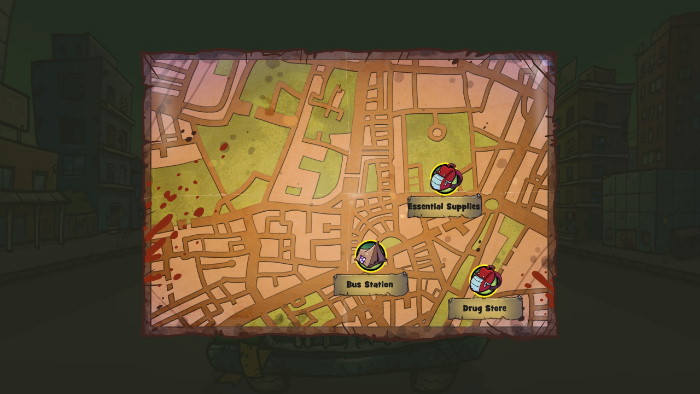 As for the trophies for Scheming Through the Zombie Apocalypse: The Beginning, since this one has been published by Ratalaika Games, that means that there’s a Platinum trophy for you to earn. Due to the nature of this adventure game, you can’t get all of the trophies during a single run, but at least for additional runs, you can end up skipping all of the dialogue you’ve seen before to speed up the process. The list is split into one Bronze, two Silver, and ten Gold trophies, so at least there aren’t too many trophies to worry about! 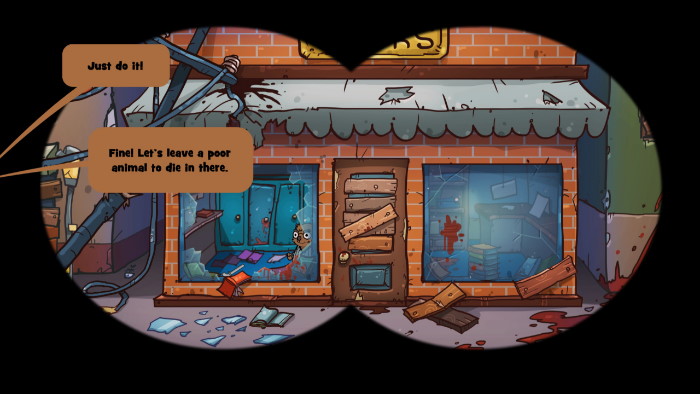 Scheming Through the Zombie Apocalypse: The Beginning is the first one in what will be a series of point and click adventure games, with the next one scheduled for a potential 2020 release. This first episode is a funny adventure, but it’s not one that is going to appeal to everyone since the dialogue and set up for the game make this one an M rated adventure, and that means it’s certainly not suited for younger players. But if you’re someone who can play M rated games and is in the market for a budget $4.99 release, then this one will certainly fit the bill.

Disclaimer
This Scheming Through the Zombie Apocalypse: The Beginning review is based on a PlayStation 4 copy provided by Rataliaka Games.

Pillars of Eternity II: Deadfire – Ultimate Edition Out This Month