R-Type Dimensions DX on PlayStation 4 presents to us arcade-perfect ports of R-Type and its sequel, the aptly named R-Type II, originally released by Irem. You can play them either with their original presentation and music or with revamped 3D graphics and a remixed and reworked soundtrack. You can quickly change between one or the other by pressing the Triangle button, in case you feel like playing some levels with one or the other art style and soundtrack or just feel like changing mid-level. You can play in Classic mode, which is just as you recall from playing the game at arcade machines back in the day, and if you die, you will restart from the last checkpoint for the stage. There’s also Infinite mode in which you’ll have an endless supply of lives and can continue playing right after your ship is destroyed, but you will lose all weapons and power-ups. 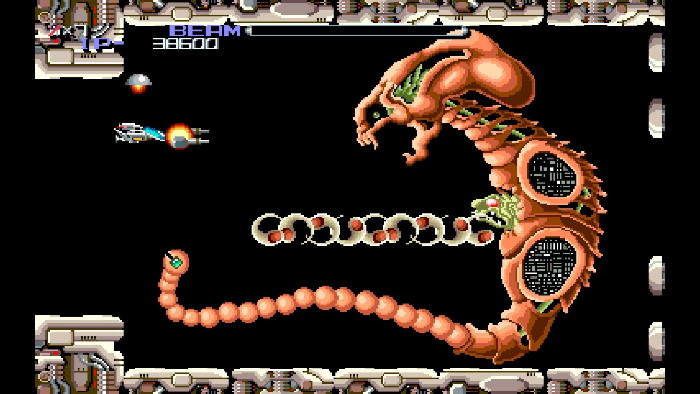 Both games control the same way. You’ll move your ship around – the R-9 – with the left analog stick or the D-Pad, firing with the Square button or using the Circle button for some rapid-fire action. For the first R-Type, you can press and hold the Square button to charge up a powerful plasma beam. For R-Type II, you can continue to charge your attack to fire a bigger and more powerful attack. In both games, you can collect power-ups after destroying the specific enemies that carry them, and the more you collect, the more powerful your ship will be. You will first receive the Force unit, which can protect you from some attacks while also boosting your attack power. You can launch or attract the Force with the X button, and you can dock it at the front or the back of your ship. 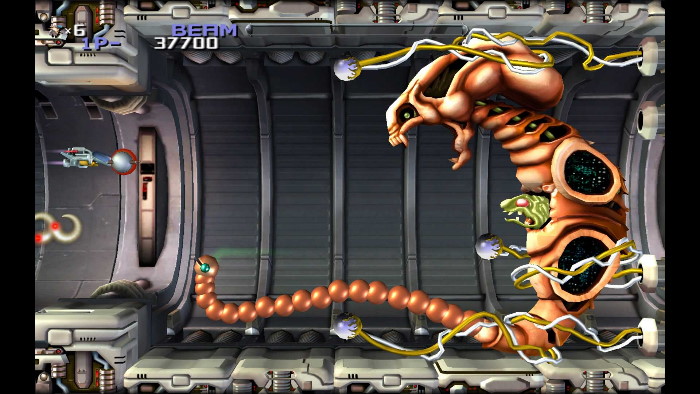 There’s also a speed power-up that will boost your ship’s maximum speed. You can also collect some shields that can protect you from enemies and their attacks, up to a max of two. If you want to increase your odds of survival, you can also grab some missiles for your arsenal. Each of the games also has a nice variety of special weapons, with lasers, energy waves, fireballs, bombs, and more. And at any time, while playing R-Type or its sequel, you can press the Triangle button to switch between the original pixeltastic 2D arcade graphics and the revamped 3D graphics. 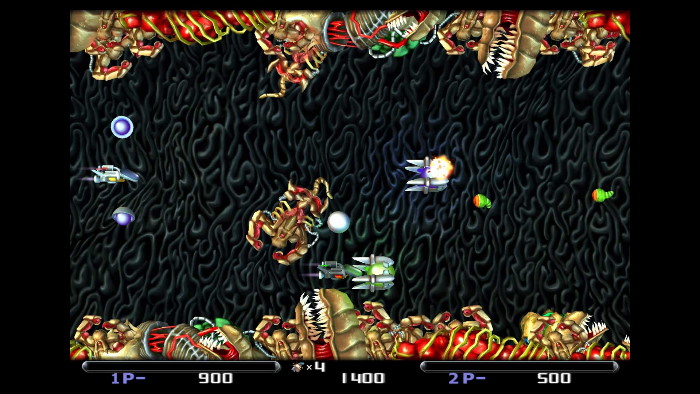 R-Type II is everything that was great about R-Type, but more of it and some extra stuff here and there that makes it better. For example, one of the stages will have waterfalls, and if your ship goes under them, the flowing water will push it down, which could make you end up dying if an enemy is moving under you or if one of its attacks just happens to be flying towards the water’s surface. There are also bigger enemies to destroy, as well as a bigger variety, with more animations. On top of that, you also have more power-ups to choose from, including two types of missiles – the original homing pair, and another one that is a single air to ground missile that packs a considerable punch. The only downside of this sequel is that it only features six stages vs. the eight stages of R-Type. 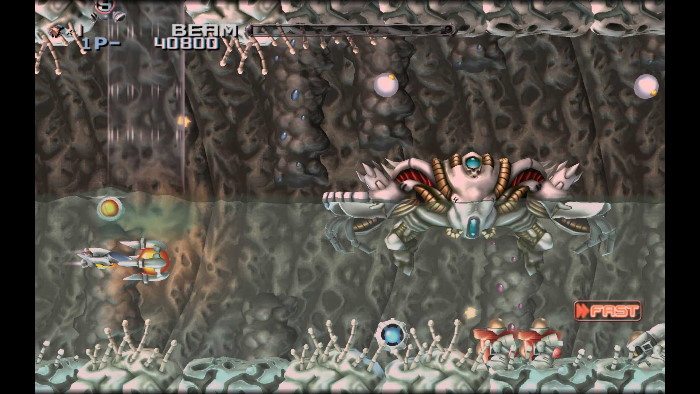 As for the trophies, as was the case for the PS3 version, there is no Platinum trophy. It has twelve trophies split into seven Bronze, four Silver, and one Gold trophy. The objectives to complete will be to complete stage 1 of R-Type in Classic mode, completing R-Type, completing R-Type II, destroying 10,000 enemies, finding five hidden spores in stage 4 of R-Type, defeating at least ten enemies with a single charged shot, completing the first stage of R-Type or R-Type II by using nothing more than charged shots, completing the first two stages in R-Type by using nothing but the rapid-fire and without collecting any power-ups, collecting 100 power-ups, destroying every enemy and object in the first two stages of R-Type when in co-op play, destroying one enemy of every type in both games, and getting a total of 10 revives in a single co-op game in Classic mode. 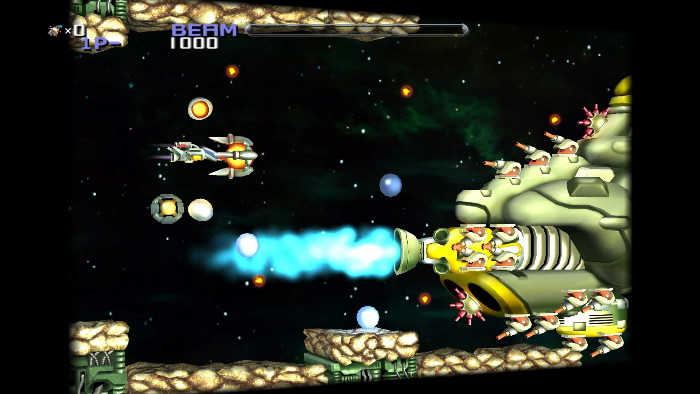 R-Type Dimensions Ex is a great collection with a pair of action-packed shoot ‘em up arcade classics, available in their original form with their classic music, or in a revamped 3D presentation with a remixed soundtrack. It offers two great games for a budget $14.99, making this one an easy one to recommend on PlayStation 4.

Disclaimer
This R-Type Dimensions Ex review is based on a PlayStation 4 copy provided by Tozai Games.

Soccer, Tactics & Glory Out Next Month