Ghost Parade from Aksys Games and Lentera Nusantara Studio Corporation is a spooky 2D platformer on PlayStation 4. Learn more about it in our Ghost Parade review!


There’s something spooky in the woods… And it needs your help!

Your walk home takes an other-worldly turn as you become lost in a dark, mysterious forest. Join a mystical battle to protect the supernatural inhabitants from those who are trying to level their home for profit. Team up with 30 ghostly companions – each one lending its unique magical ability to help you on your way. Explore beautifully realized environments in this spine-tingling scrolling action adventure brimming with surprises and original character designs. Working together, everyone has a ghost of a chance to safely make it home.

Ghost Parade is a new game published by Aksys Games and developed by Lentera Studios. The game features a dash of Indonesian folklore, from home country of the game’s developer, so I was really interested in seeing how people adapt their own culture into a game – my curiosity was piqued.


Ghost Parade tells the story of Suri, a girl who was on a trip with her class. Unfortunately, the bus back leaves without her. Instead of taking the normal and long way home, she cuts through the forest, starting her adventure. Ghost Parade is a platformer with some Metroidvania elements thrown into the game. I do enjoy platformers and Metroidvanias, so at first, this seemed like a good fit. 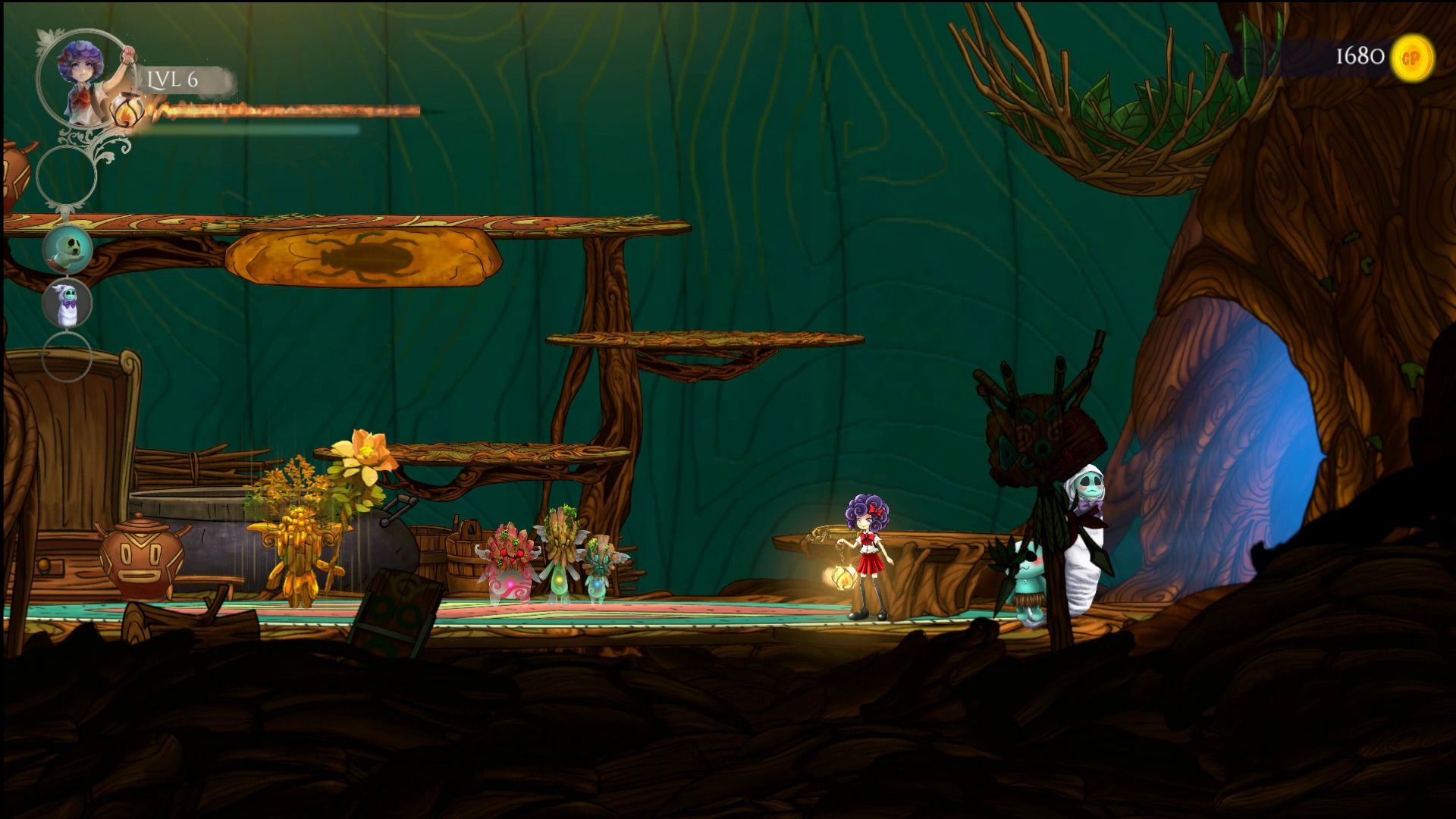 Quickly into Ghost Parade, I found the platforming to be a little floaty. I’m not opposed to floaty platformers, as long as it’s consistent throughout the game. It did take me a bit to get used to it in Ghost Parade. You initially navigate through the forest with nothing but a double jump. As you get a bit further into the game, you will get a basic attack that can be used on the enemies you find, and this will be your main attack for most of the game. You do get the chance to recruit and have up to three spirits on your team, all of them based on Indonesian folklore. They feature some very interesting designs, and they give you different abilities allowing you to damage enemies or defend yourself. You will be able to recruit up to 30 different ghosts, for different ways to play the game.


After the focus on getting out of the forest, the story deepens as you progress further, and it turns out you actually have to work on saving the forest. But the honest truth is that the story never pushed me to proceed further into the game. It felt rather generic, and I never felt an attachment to Suri. I wish there was more time spent on developing her, especially since games such as Celeste and Axiom Verge have shown me what can be possible in a 2D platformer Metroidvania. 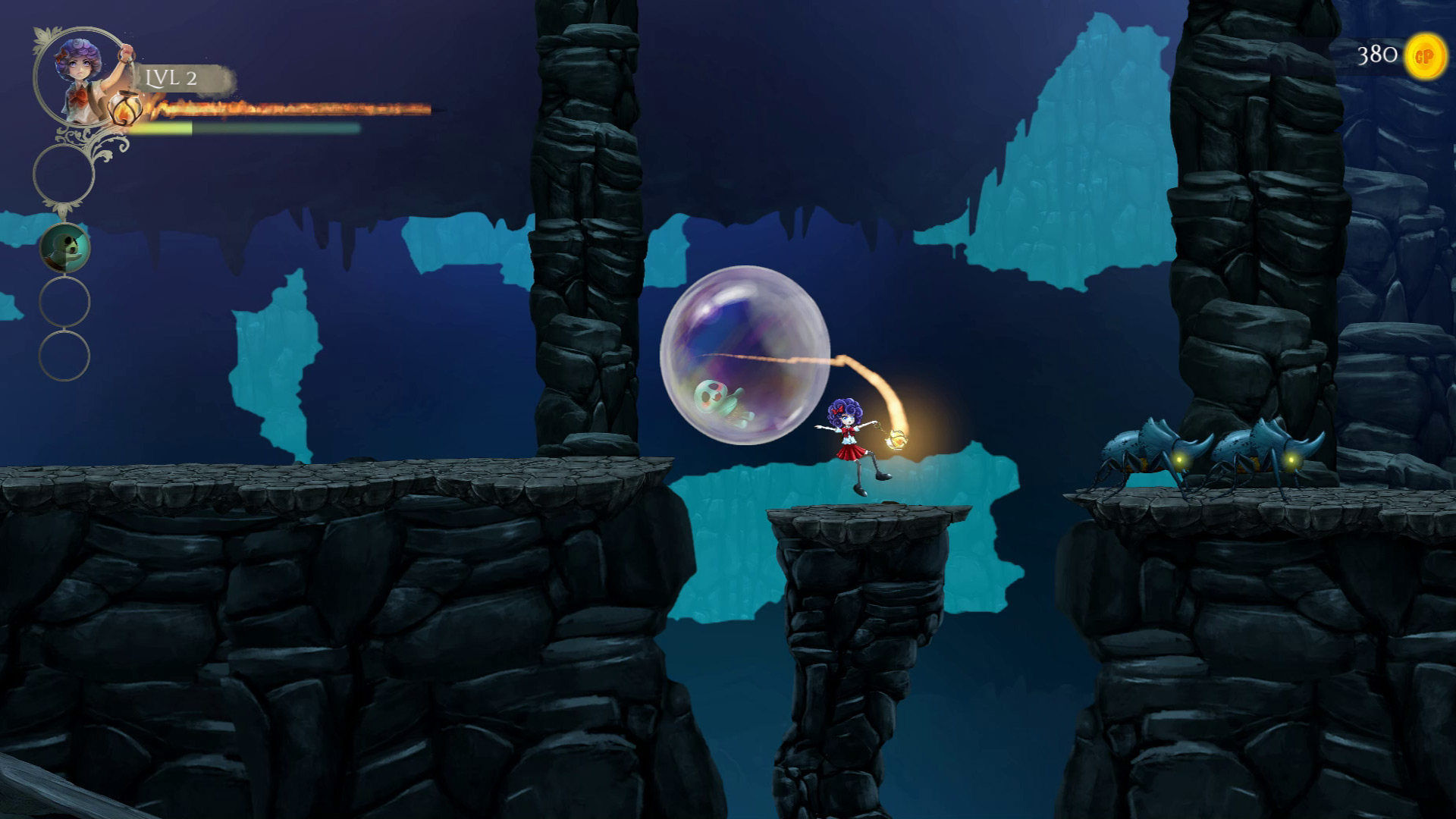 Ghost Parade is a visual treat with great design. All the art in the game has a great style to it, making everything feel unique. The ghosts, in particular, are designed really well, each with an individual feel. I actually started googling some of them so I could get a better idea of how they fit in the culture. One of the things the game misses on, though, is the sound design. The music is fine, but the sounds Suri makes are repeated Ad nauseam with each attack… and they never change. Get used to it, because they don’t go away!


Ghost Parade also baffles me on some of the design choices. There is no way to quickly access the map, which is a miss in that it wants you to backtrack, but there’s no fast way of checking where you need to go. You have to go back into the pause menu to access it, and it should be more readily available. And while you can backtrack, the incentive is not really there. The rewards for going and backtracking aren’t really worth it, unlike in other Metroidvanias. It almost would have been better if the game was presented as a straight platformer.

Ghost Parade has a crafting system, but the game doesn’t do a good job of teaching you how to use it. Make mistakes in the crafting, and the materials are lost. Once you do finish crafting, you have to go into menu to use your items. It would have been great to have them mapped to one of the many buttons on the PS4 controller. The other big issue I have with the game is fall damage. While one has to accept playing as a girl collecting ghosts in a forest, adding fall damage into the mix feels like a weird design choice. 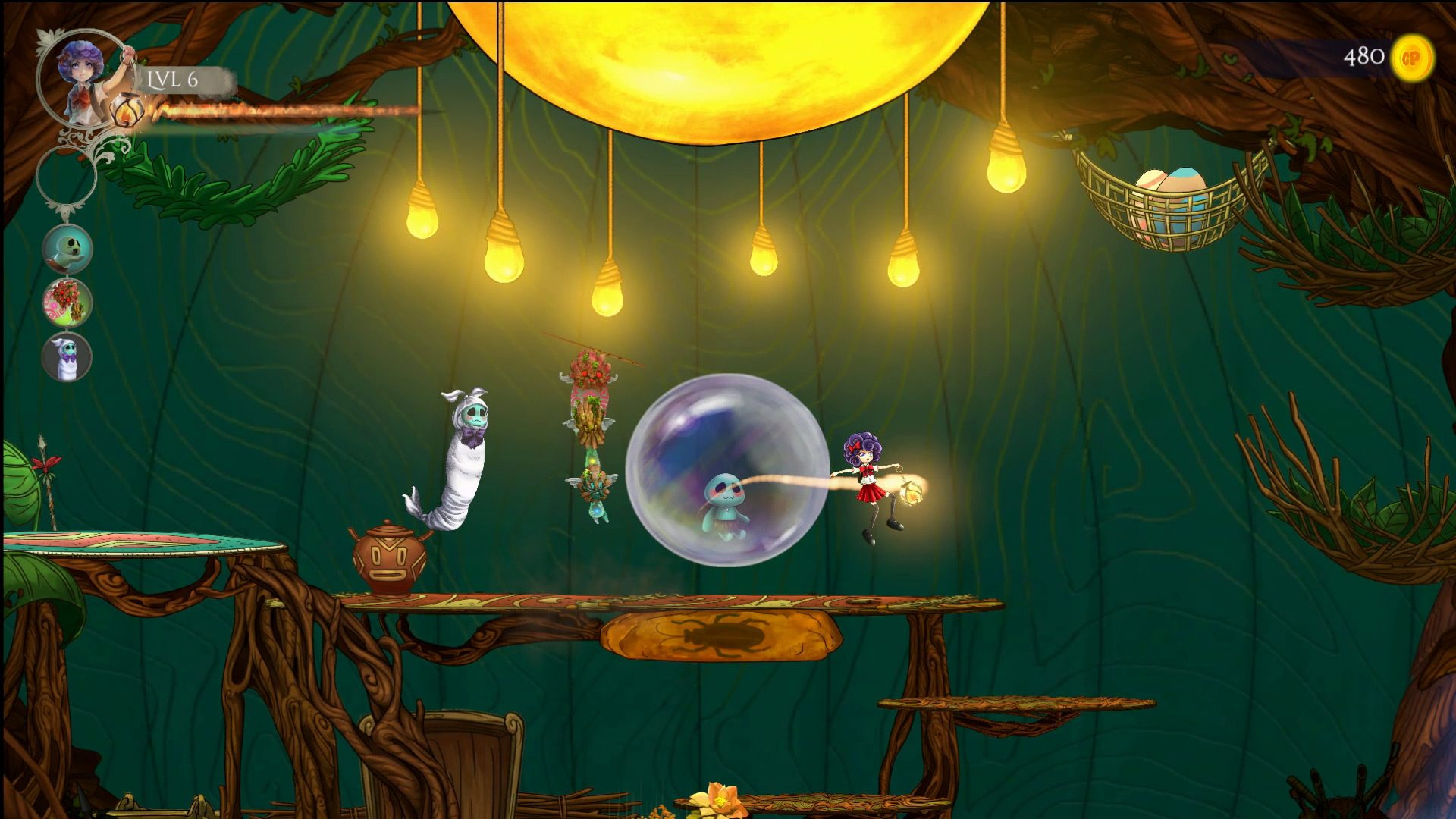 Ghost Parade is an interesting platformer that misses the mark in some areas. There are some odd design choices, including adding Metroidvania elements that don’t seem worth the effort, controls which could benefit from some shortcuts, not to mention the repetitiveness of the attack sound in the game. It does look great, and I was really interested in the actual characters from Indonesian folklore, but that’s not enough to make this one easy to recommend. 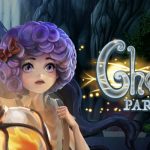 A beautiful but flawed platformer

Disclaimer
This Ghost Parade review is based on a PlayStation 4 copy provided by Aksys Games.