Are you ready for an action-packed arena-style first-person shooter on Nintendo Switch? Then check out our Demon Pit review!


Arise Demon Hunter. It is time. The years you spent slaughtering demon-kind in the mortal world did little to cleanse your soul. Your sins have been laid bare and you have been judged. You are damned for eternity. The pit awaits!

Inspired by the fast-paced FPS games of the 1990s, Demon Pit is an intense arcade-style arena shooter. Armed with a series of ranged weapons and a soul grapple, you must fight and out maneuver endless waves of demons in a constantly changing environment.

Demon Pit imagines an alternate universe where Doomguy from the Doom series did not live long enough to become the hero that he is today. He, instead, dies relatively quickly and is sent to hell where he is subject to an eternity of fighting demons… At least that is how I imagine the design document for this game was created.

Demon Pit from Stage Clear sets you as a nameless hero sent to hell in what can politely be described as a “succinct” game. With just one game mode, you are charged with surviving wave after wave of enemies. Once you die, which will happen at some point, you are sent back to the very beginning to start all over again. 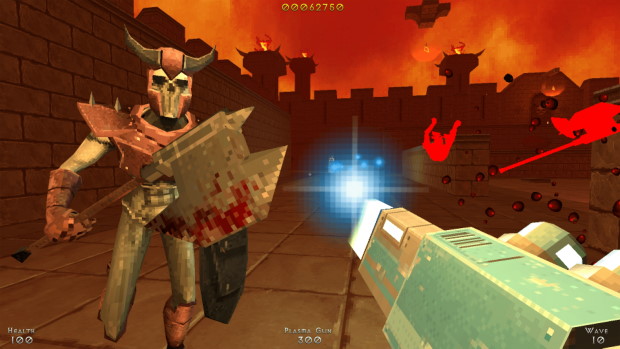 Credit where it is due for the game sticking to its theme of having someone damned to spending all eternity in hell, as there is not really much to say about what feels like a bonus level you might unlock in another game, or an extra mode that is designed as a distraction from a full-on meaty offering, and not billed as the actual main event.

There is no doubt as to where the game gets its inspirations from since there’s 1990s aesthetics dripping from every facet of the game. From the respectably recreated feel of a 1990s Arena shooter to the looped “soundtrack,” which quickly loses its luster after spending some time with Demon Pit. 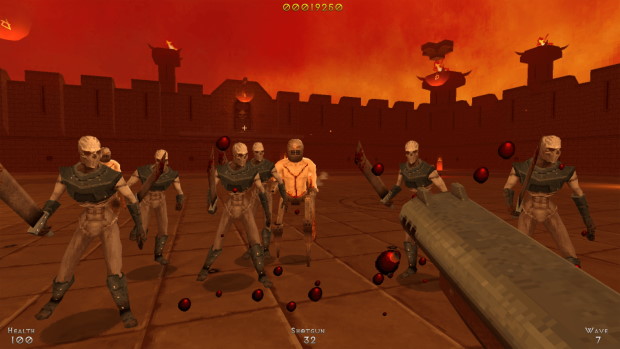 For the asking price, this project does not feel as though you are getting your money’s worth. There is almost nothing positive to say about the game other than it exists, has enemies, and has guns, which are the minimum requirements of a shooter. The enemy designs are shrug worthy, and while yes, they do represent the era and genre that inspired them, there is nothing worthy of note from them. 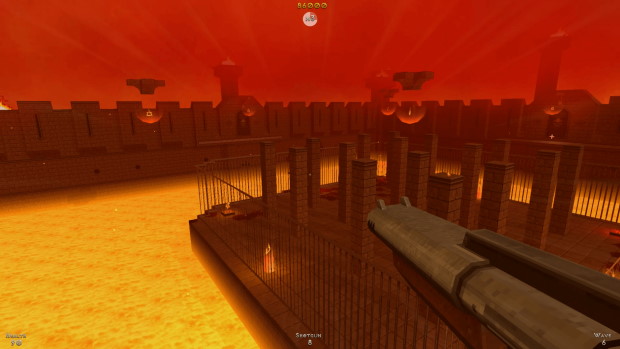 For such a scant offering, it does offer something mildly interesting. If, at any point, you find yourself being overwhelmed by the number of enemies coming your way, you can press the L2 button to grapple onto the designated grapple points. The control for this is fluid and instant and plays perfectly into the twitchy and on edge feeling the creators were going for. The grapple control for me was the only saving grace of the gameplay as the regular gunplay was disappointing. You seem to spend more time wrestling with the controls than you do with the enemies. Don’t bother fiddling with sensitivity, as this only makes things worse. If you can somehow get a mouse and keyboard to work on your PS4, this might make everything a little more bearable.

All in all, I would say you should avoid this one. If you are itching for a Doom/Quake-style game, there are better offerings all over the place that evoke and scratch that itch better than Demon Pit, starting with the actual Doom and Quake games. 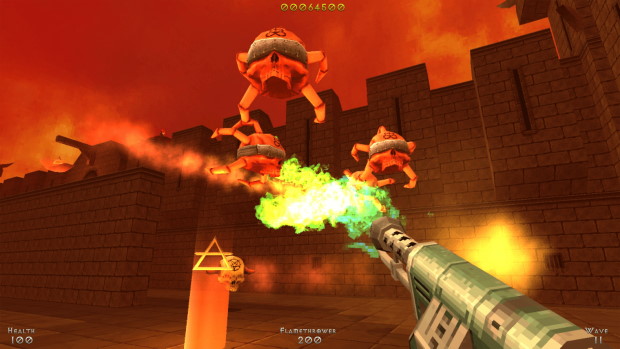 Disclaimer
This Demon Pit review is based on a PlayStation 4 copy provided by Digerati Games.