Are you ready for more pinball on the Nintendo Switch? Then have I got a treat for you! Come check out our Williams Pinball: Volume 5 Review!


After getting a chance to review the first Williams Pinball volume on Nintendo Switch – with Medieval Madness, Junk Yard and The Getaway: High Speed II -, as well as the second volume – which includes Attack from Mars, Black Rose, and Party Zone -, I was definitely up for taking Williams Pinball: Volume 5. This fifth pack for Zen Studios’ Pinball FX3 includes highly accurate digital representations of three classic real pinball tables: Tales of the Arabian Nights, Circus Voltaire, and No Good Gofers. 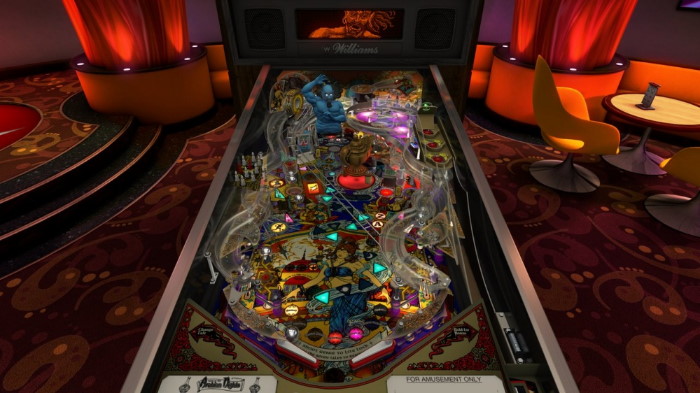 First up is Tales of the Arabian Nights, which was originally released more than two decades ago, back in 1996. As you can probably tell from the table’s name, it’s based on the classic One Thousand and One Nights collection of short stories. For this one, you’ll be taking on different quests to collect precious jewels, a magical lamp – that is home to a genie – that will allow you to make a wish at the Bazaar, as you try to free the Princess who has been trapped inside of a bottle.

If you unlock and activate one of the tales of the pinball table, and you can work on completing each tale for as long as you still have one ball active on the table. Complete a quest and collect the seven magical jewel,s, and you’ll have a shot at freeing and rescuing the Princess. You’ll have to battle an evil genie to free her royal highness, in an all-out multiball fight as you try to move the Princess further away from the genie so that you can save the day. 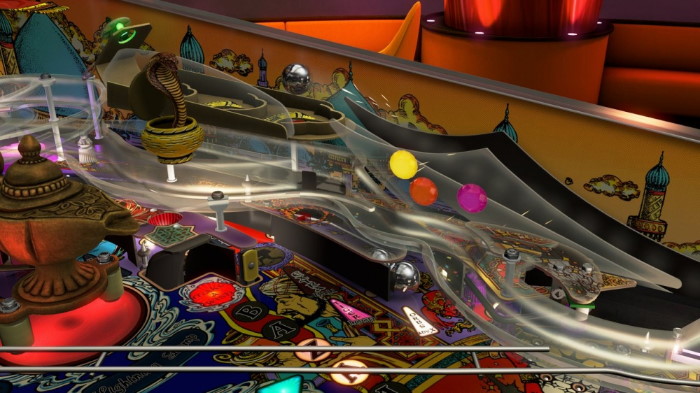 Tales of the Arabian Nights is a fun pinball table with some interesting ideas and gameplay mechanics that make it stand out from other tables. Hit the evil genie at the right time, and a magnet will grab the ball as the genie rants, only to then swallow the ball “into the bottle” displayed on the table’s art. Open up the ball lock lane on the side, and another magnet will grab and drop your ball into a separate space from which the multiball can be activated. Do what’s needed to light up the path on each side of the table, and a cage will pop-up from below to grab the ball as it passes, dropping it back to safety.

Next up is Circus Voltaire, which was originally released back in 1997. If it’s not obvious from the table’s name, the theme for this one is of the circus variety, right down to the music and sound effects. Your task is to complete a set of nine marvels so that you can prove you are fit to join the circus. By hitting the colorful buttons on each side of the table, and doing some solid combos on the ramps, you’ll be able to lock balls for a potential multiball payout, open up extra ball opportunities, mini and major jackpots, and more. 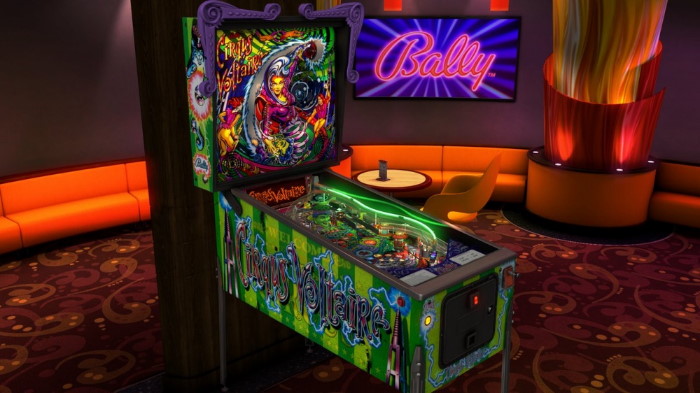 Right from the start, the thing that will probably instantly grab your attention is the rather obvious neon light on the right side of the screen, which adds a certain extra oomph to the table’s presentation. There’s also the circus’ Ringmaster, which is represented by a rather large head that resides below the playing field, rising every now and then to mock your performance, taunting you as you try to overcome his challenges, defeating him in the process. The big Ringmaster head will be animated when playing with the updated graphics, and a 3D version of the Ringmaster will also be present on the left side of the table. 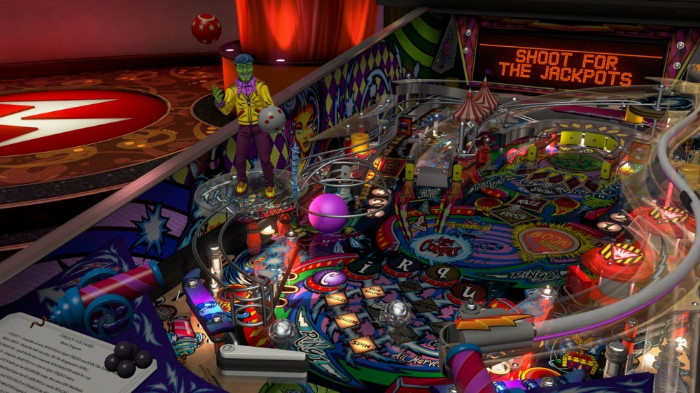 Circus Voltaire is a fast-paced and very colorful pinball table that will grab your attention right from the start. It features a solid design with a great layout, as well as some interesting ideas thanks to its circus theme, such as a big balancing ball on the left side of the playing field that can mess up your shots, or a highwire multiball for which balls will be locked in the center upper part of the pinball table, which is exactly where you’d expect to find circus performers taking on that particular challenge.


The final table for this triple pack is No Good Gofers. No Good Gofers was originally released in 1997, and it’s a light-hearted pinball table in which Buzz and Bud, the titular gofers, are up to no good, wreaking havoc all over the golf course. The golf course is their home, and anyone who dares set foot in it is in for a lot of trouble! It has a very unique setup and some gameplay elements that helped it sell close to three thousand copies back in the day. 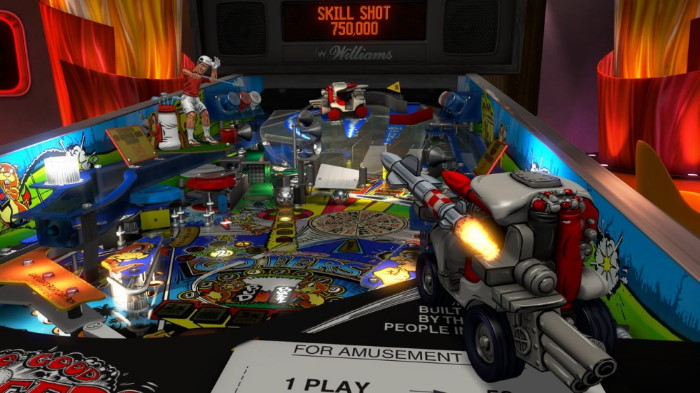 You see, No Good Gofers features a very peculiar ramp on the center of the table, called a slam ramp. What this does is that, if activated just right and used at the right time, you can shoot your ball up onto the ramp, have the ramp send it flying upwards onto the large piece of clear plastic mentioned before, and land on a small hole in the upper playing area, thus netting you a hole-in-one shot in this golf-themed pinball table. It’s a tricky shot, which is why it’s known as one of the greatest shots in pinball history.

As has been the case for other tables in the Williams Pinball packs, you can press the B button to switch between the classic original presentation for each of the three tables in Williams Pinball Volume 5, and the revised and revamped presentation that Zen Studios has worked on to add some extra bells and whistles here and there. Take, for example, Tales of the Arabian Nights. The revamped version includes a floating 3D genie, a 3D snake coming out of a basket, a 3D skull, some gems, and more. It’s a nice option to have, as it basically gives us two versions of each table for one low price. 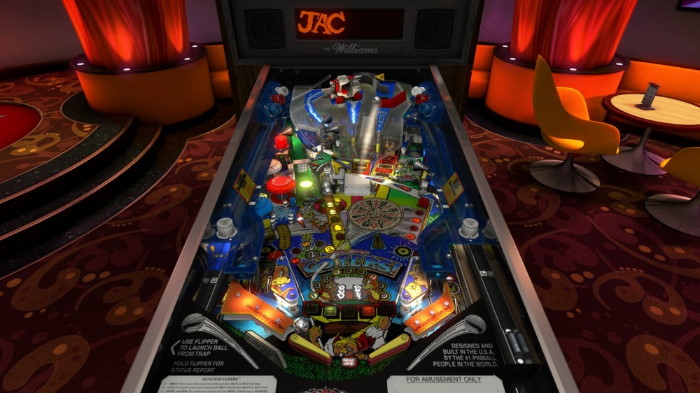 The first four Williams Pinball packs for Pinball FX3 have offered some great value by including three pinball tables for a low $9.99, and the Williams Pinball Volume 5 is not the exception. The three tables on offer are very fun and offer different layouts and objectives to complete that will certainly keep you glued to your console at home or on the go. If I had to pick a favorite out of the three, I’d probably go with Tales of the Arabian Nights, but all three are great pinball tables.

If you haven’t picked up any of the Williams Pinball table packs, then you can go right ahead and purchase the Williams Pinball: Season 1 Bundle on the Nintendo eshop which includes all tables from the first four Williams Pinball volumes (which include The Getaway: High Speed II, Junk Yard, Medieval Madness, Black Rose, Attack from Mars, Party Zone, Theatre of Magic, Safe Cracker, The Champion Pub, White Water, Red & Ted’s Road Show, and Hurricane). 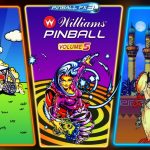 Another solid pack of classic pinball tables for Pinball FX3

Disclaimer
This Williams Pinball Pack Volume 5 review is based on a Nintendo Switch copy provided by Zen Studios.