[Beyond PlayStation] Still There Review

Story-driven psychological adventure Still There from GhostShark and Iceberg Interactive is one to play on Nintendo Switch. Find out why in our Still There review!


In Still There from GhostShark and Iceberg Interactive, you’ll take on the role of Karl Hamba, who is the operator of The Bento. You’ll be working alongside Gorky, your onboard AI companion, as you try to monitor and repair The Bento’s core systems as needed. Your day will begin after you wake up from a bizarre dream that seems to be showing glimpses of the past. After the game gives you some pointers on the basic gameplay mechanics, you’ll turn on Gorky to officially commence your workday. First up: completing a routine maintenance check. 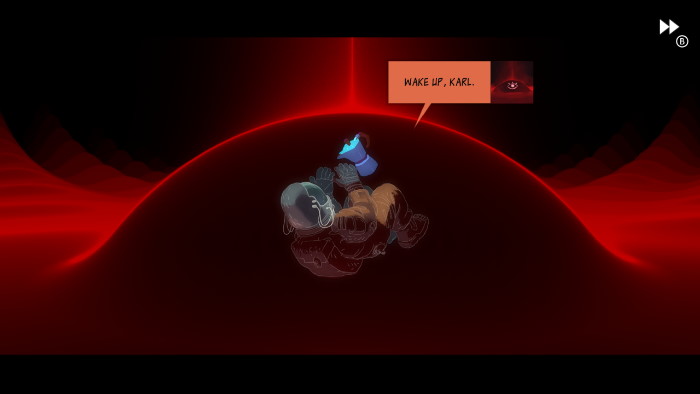 You can move the cursor with the left analog stick, navigating between your available choices with the D-Pad, moving the conversation along with the A button, interacting with things with the A, B, Y, and X buttons. To be able to fully explore each area, you’ll have to move the camera around with the right analog stick. Since each area will have a lot of big and small buttons, levers, switches, and things to interact with, you can press the ZL or ZR buttons to activate a zoom function that will make it easier to see what is going on. 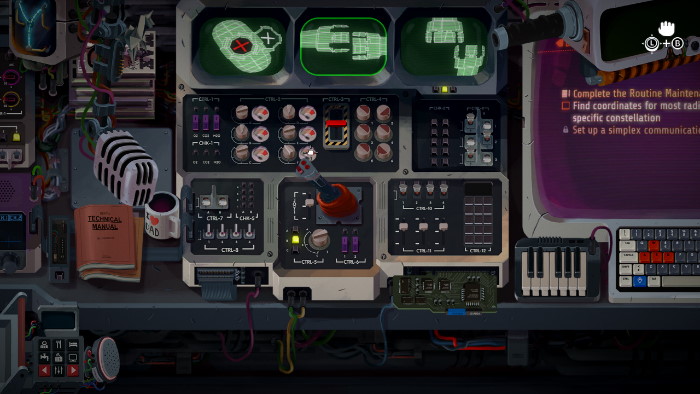 You can also take on this adventure with the motion controls of the Joy-Con to play it as a straight-up point and click experience in which you’ll point the on-screen cursor by wiggling the Joy-Con around, while you use the rest of the buttons in the same way as you’d do without the motion controls being in effect. It’s a good option to have since it will allow you to see which configuration best suits your playing style. But if you do want to use motion controls, then you’ll need to activate them from the options menu.


There are plenty of buttons and switches to press and other mechanisms to use, so you might want to take a look at the Technical Manual so that you can check each of the available diagrams to decipher what does what. You’ll also get to learn some of the “solutions” to the puzzles you’ll run into since the Technical Manual specifies what needs to be done to provide proper maintenance to the whole system. The game will walk you through a routine maintenance check so that you can get the hang of things. 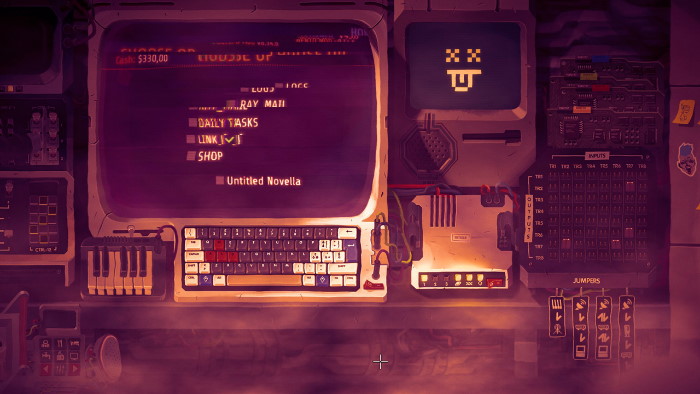 As you move around each area of your station, either with the right analog stick or by using the quick-travel options at the bottom center of the screen, you’ll be completing tasks such as cooking a meal on the microwave by using the water from the sink or making a cup of coffee that can give you the energy you need to carry on with your other tasks. Water, as you can imagine, is a valuable resource in space, which is why you’re going to have to use the toilet to pee so that you can turn said urine into recycled water for that cup of coffee you desperately need.

You’ll need to pay attention to your to-do list so that you can complete the different objectives you are tasked with. Your first set of objectives will include completing the starting tutorial, turning on the mainframe, completing a routine maintenance check, eating something, drinking some coffee, retrieving daily tasks from the mainframe, and injecting yourself with some INS-4 serum before going to sleep. Along with this, I also had to retrieve a rotating supplies capsule with a robotic arm so that I could grab the coffee needed to complete the first task on the list – and drinking a cup of coffee should always be at the top of your list as well! 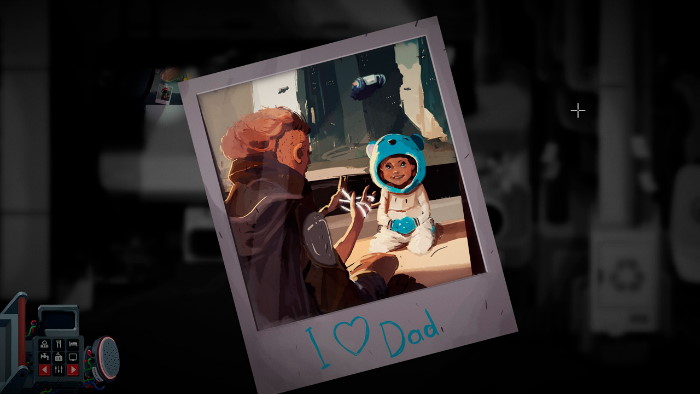 The game also has an in-game achievement system that will keep tabs on how you’re doing. There are thirteen achievements to unlock, and you won’t be getting many clues on what you need to do to get them. Still There will show you the name of the thirteen achievements you’ll be aiming for, but that’s about it. The good news is that if you play the game from start to finish, you’ll start to see those achievements light up on the corresponding list, with several of them unlocking as you complete each chapter of the game, as well as the game itself.


Still There avoids one of the main issues that many modern games experience on Nintendo Switch and, even more so, on PlayStation 4: having text that is too small to read. This can be an issue on PlayStation 4 when games are ported from the PC, since PC gamers are always going to be sitting much closer to their monitors than console gamers will ever be to the big TVs on which they play games. On the Nintendo Switch, text that is too small can certainly be an issue when playing on a TV, but it can also be an issue when playing on the console’s screen when in Portable or Tabletop mode. The devs of Still There knew this could be an issue, so they’ve offered the option of changing the screen size between several options, from the default large to huge or gigantic. If, for some reason, you want it to be smaller, you can also switch it to medium, small, or tiny. 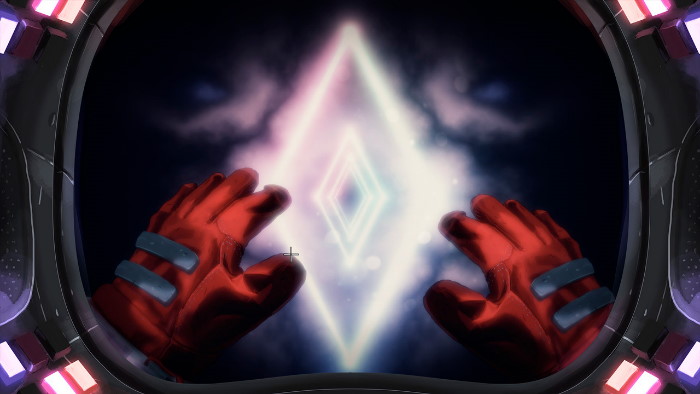 I liked my time with Still There. It’s a fun puzzle game that will not hold your hand, as it expects you to do the hard work and find the solution to the puzzles by following general directions from your AI companion while you make use of what the Technical Manual – and the many sticky notes left all over the place – have to offer. If you’re ever feeling stuck, you can tell the game to change the puzzle into a more simplified form, but you do need to be aware that achievements will not unlock if you have activated the simplified puzzles. Still There offers some solid writing that will keep you engaged as you help Karl complete his tasks… and try to keep him sane.

Disclaimer
This Still There review is based on a Nintendo Switch copy provided by Iceberg Interactive.