Spirit Roots from Drageus Games and Fireart Games is a great-looking and fun 2D platformer. Learn more about it in our Spirit Roots review! 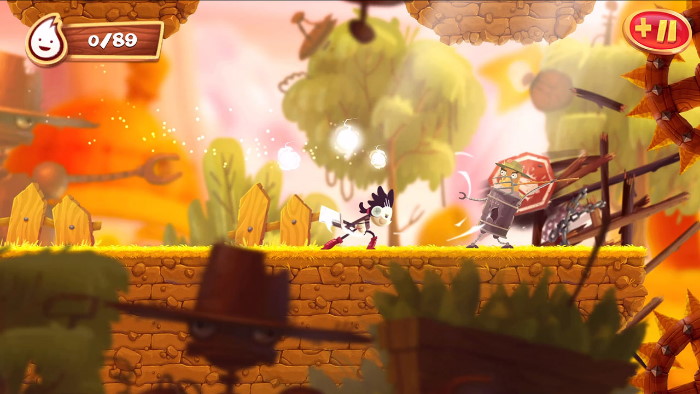 In Spirit Roots, you will be taking on an adventure to return to your family after the big calamity has separated you from them. You see, the different species on the planet were each living in harmony, and had been for thousands of years, after a war that destroyed most of each species’ planet. The new planet they live in was actually formed from the remnants of their former homes, and in order to keep peace and order in place, each of the groups agreed to remain in their area of the planet. Since you’ve been split from your family, you will, unfortunately, have to break the treaty and traverse through each area to make it back. 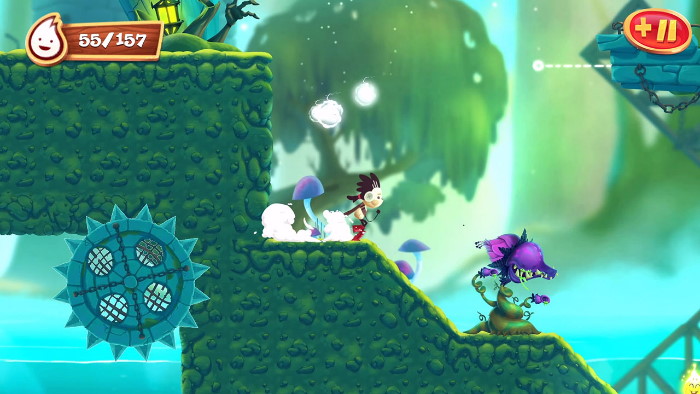 Your character can run with the left analog stick or the D-Pad, jumping with the B button and double jumping by pressing the button again while in mid-air, so that you can reach higher platforms or to clear bigger gaps. You can attack enemies with your sword by pressing the A button, and you also have a long-range weapon you can fire with the Y button. To interact with things, such as levers, which can be used to open doors or to activate elevators, you will need to press the X button. 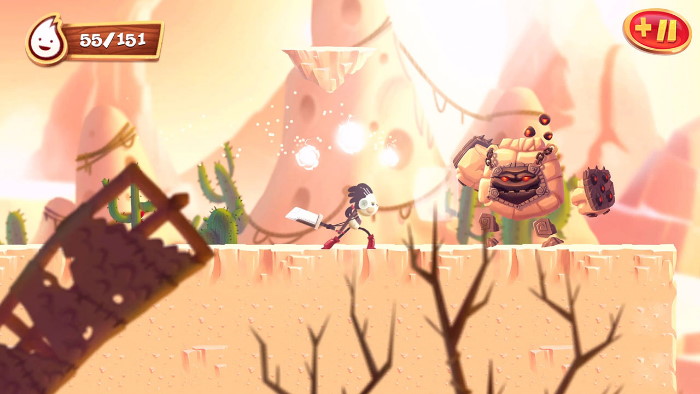 To make this one a 2D action platforming adventure suitable for players of all skill levels, you can select from three different difficulty options. In Easy, you have infinite health points, so you can quickly continue from the last checkpoint you reached even if you die. Normal is the default mode, and for this, you get three health points, checkpoints from which you can respawn, and once all of your health points are gone, you will restart the level. The final option is for Extreme, which is reserved only for those who know the game and everything it will throw at them, because you have no health points and no checkpoints, so even the smallest of mistakes will force you to restart the level. 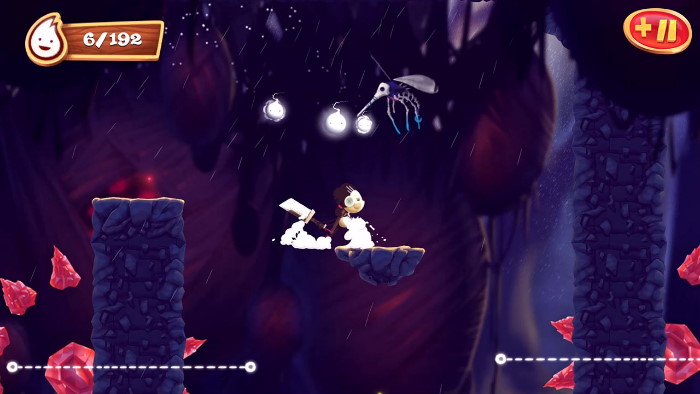 You’ll be collecting souls as you go along, and you can see how many there are in each stage by checking out the counter at the upper center part of the screen. Most of the souls will be out in the open, ready for you to collect them, but you will also get souls from defeating enemies, as well as from special soul pods you will find. At the end of a stage, you’ll be graded based on your performance. You will get one mark for completing a level, another one for collecting all available souls, and the last one is for defeating all enemies in the level. 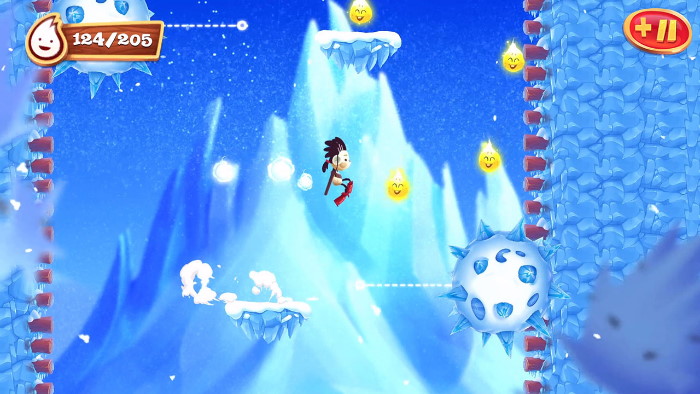 Spirit Roots is a great-looking platformer that is available for a budget price of only $6.99 on Nintendo Switch. It has 50 levels to offer, split into five worlds with their own look, along with boss battles at the end of each area. After completing the first world, you’ll be able to take on up to three of the remaining four worlds, as long as you’ve managed to get a perfect grade on all ten stages of the first world since other areas will be locked and will only open if you’ve defeated all enemies and collected all souls in previous stages.

Disclaimer
This Spirit Roots review is based on a Nintendo Switch copy provided by Drageus Games.

Pillars of Eternity II: Deadfire – Ultimate Edition Out This Month