Your home has been invaded, so you need to flee you get your family to safety, and your ship lands on an unknown island. Can you and your family survive? Check out our Dead in Vinland review!


DEAD IN VINLAND is a survival/management game, mixed with RPG and adventure elements, about a Viking family trying their best to survive on a mysterious island. This “True Viking” edition comes with all the DLCs released!

Exiled on a faraway and unknown land, lead Eirik and his family on their quest to survive. Manage their physical and mental health, explore the island, organize your camp and deal with other human beings. Some will help you, and some will be less… friendly. Unveil the esoteric mysteries of Vinland. They could save your life… or lead you to your demise.
This True Viking Edition includes the 3 DLCs for Dead In Vinland: The Valhund, Battle of the Heodenings, and Norse Side Stories.

Challenging: the game is turn-based so you have time to take the best decisions, but the challenge is high! You’ll have to adapt to the crisis the game throws at you, with your own reasoning.
The Valhund! Get your own dog for your camp that will help your characters in many ways.
Heodening Mode: An endless, sanboxy, survival mode, letting you customize your starting party and even their skills and Traits!

Dead in Vinland is a new survival game fused with more turn-based strategy elements than I’m used to seeing in this genre. I’m not usually a fan of the survival style games, but how did this one fare in my eyes?

The game takes place in Viking times and stars Eirik, his wife, daughter, and sister-in-law as they have to leave their homes, take to see after a brutal storm, and are washed ashore on a mysterious island. The island has a warlord who requires you to give him resources if you want to stay, but you also have to take care of your family. It’s a challenging balancing act. 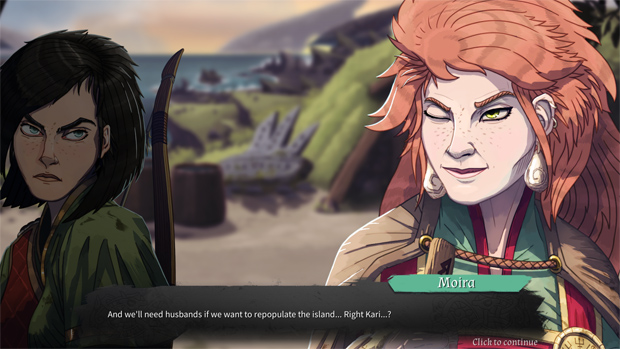 The two most important things in the game that you will need to maintain are fire and water for survival, as they go hand in hand. The game tells you early on that tinder to start a fire is scarce, so you really need to make sure once you get it going, you keep it going by constantly searching for wood. You need a fire to boil water to make sure it’s always drinkable, so these two things need to be managed hand in hand. Along with that, each character in the game has several stats you need to manage, including fatigue, hunger, sickness, injury, and depression. You will need to watch these for the characters and ensure they are not dipping to low.


You will soon find other people who will want to join your community, and you can let them join if you want to, as having more hands in these situations is never a bad thing. The issue is that they might be annoying or disrupt the community, and they will also require more resources, so you can also cast them away. You’re in control of the society you’re creating. Everyone in your community can be tasked with jobs to be done, which is a good thing. 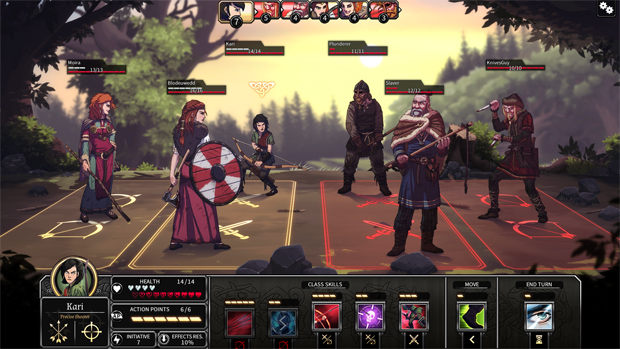 You have two segments during the day to assign jobs to people. You can send people to collect wood, hunt, forage, or whatever other tasks need to be done to keep your camp going. At night you can manage your people at camp a bit more and see the relationships. Along with that, you have people who excel at different jobs. Your daughter is a hunter, so she should be involved in hunting for better results, versus sending someone who isn’t nearly as proficient. You need to do what makes the most sense to keep your community thriving.


As you explore, there are also times you go into combat. It plays out typically in a 3 vs. 3 turn-based format. You pick your action, and it will give you the chance of hitting it or not, and hope for the best. I found there were a lot of misses as it does come down to randomness, but to be fair, it was on both sides. You will definitely be having a sigh of relief when they miss. Unlike other RP’s which kind of forget about battles, all of the ones in Dead in Vinland matter. Cuts, scrapes, and broken bones will affect your characters, and they may take them out of commission. At that point, you won’t have them to gather resources, and if you want to heal them in your healing tent, you lose one more person. It’s costly to have people get hurt, and it affects your getting resources. Dead in Vinland has permadeath, so when you lose someone, they are gone. As a side note, protect your main family members, or you will get a game over screen. 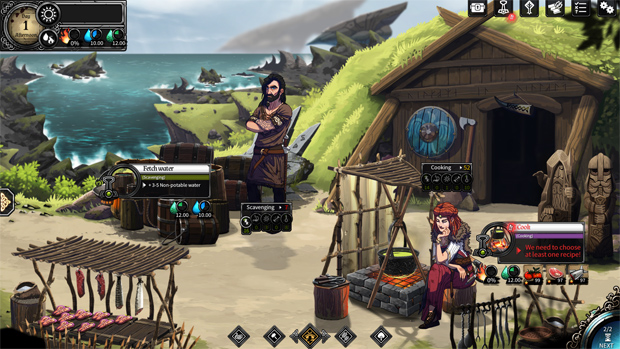 As I mentioned earlier, as is the case with the healing tent, your community will have the option to establish various buildings and upgrades. For a small family that washed ashore, you do well in getting to create your community as you can build some big buildings, including a lumber mill, mine, cooking pot, taverns, and more. It adds to the bigger feel of the game. 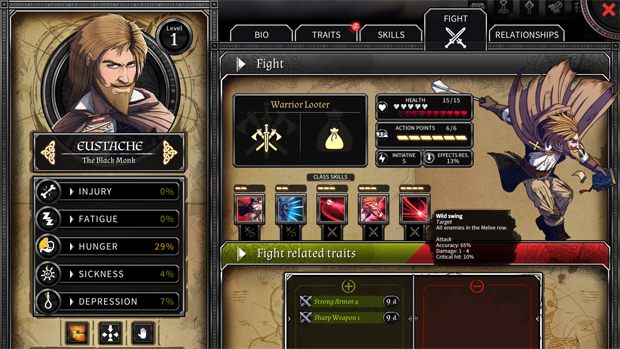 Dead in Vinland was an interesting experience as I mentioned earlier, I don’t normally get into survival games. That being said, I found myself enjoying this one profusely, I think the fact that Dead in Vinland had interesting characters, some story made me care more about the characters than I typically do in these types of games. I enjoyed the turn-based combat as it felt more intense due to its repercussions and the overall feel of the exploration of the island. If you haven’t jumped into the survival genre due to the lack of character, this is the perfect place to start.

Disclaimer
This Dead in Vinland – True Viking edition review is based on a Switch copy provided by Plug In Digital.