Sequel 60 Parsecs! is finally out on Nintendo Switch! Does it improve on what its predecessor did? Find out in our 60 Parsecs! review!


60 Parsecs! is the sequel to Robot Gentleman’s 60 Seconds!, which I also got a chance to review on Nintendo Switch. While in 60 Seconds! you had to make sure to do your best so that your family could stay alive after a nuclear bomb hits, managing which supplies you take and which family members you bring into the bomb shelter for 60 Parsecs! you’ll be tasked with trying to make sure a group of considerably unprepared astronauts survives, collecting as many supplies as possible during the 60 seconds you have left before nuclear weapons turn your space station into space dust. 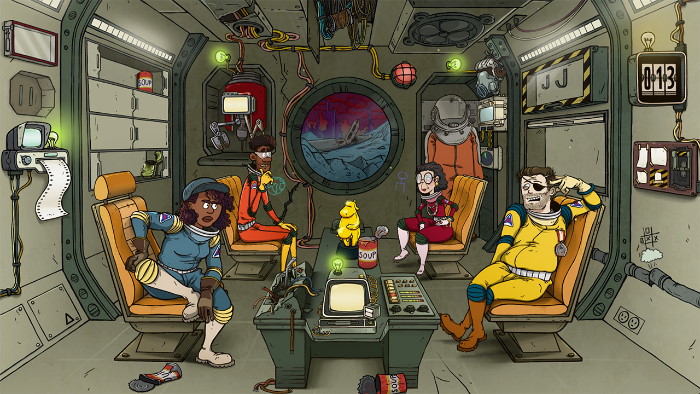 60 Seconds! was presented with an overhead 3D look for the “grab all the stuff you can and as many family members as possible and bring all to the fallout shelter in 60 seconds,” 60 Parsecs! mixes things around by having a fixed camera view for said 60 seconds segment, which certainly makes it easier to see a ton of supplies to collect in each of the rooms that you visit. Once you’re done collecting as much stuff as you can carry, as well as many crew members as you can find, during the measly minute you have for it, you’ll blast off in your escape pod.


Your journey will begin when you select the captain you’ll use to lead the crew you can manage to assemble in all of the 60 seconds you will get. Each of the captains will have a short bio you can read to get to know them a bit better, a goal they’re aiming for, as well as a look into their attributes – things such as agility, strength, intelligence. Choose wisely! 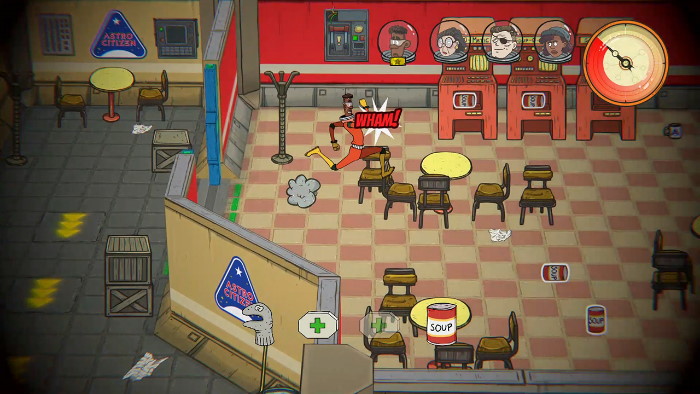 The game will show you the basics by throwing you into a space drill tutorial exercise, for which you’ll get to pick between the two astrocitizen cadet options: Deedee and Emmet. Nuclear apocalypse is imminent, so you’ll need to take on the emergency drill as you prepare for nuclear impact. You’ll move your character around with the left analog stick or the D-Pad, interacting with supplies and crew members with the A button. Anything you can interact with will have a white outline to make things easier on you. 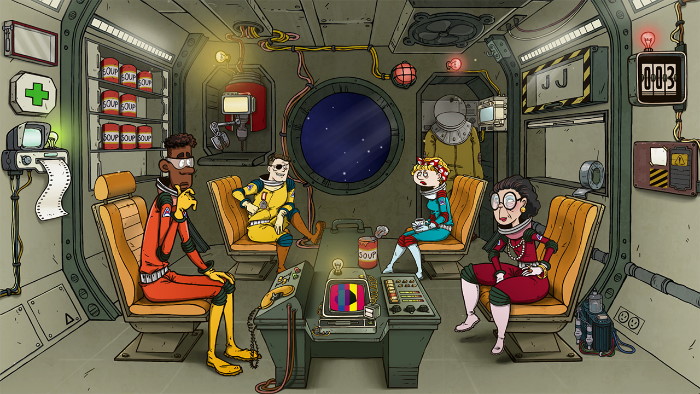 Every item you collect and every crew member you find will take up some space in your inventory, so you’ll need to keep an eye on the bottom center of the screen to know how much space you have left. The more you play, the easier it will become to recognize each particular item and learn how much space it’s going to take on your inventory. Soup is good since it allows you to keep your crew properly fed, but so is a first aid kit since it will keep them from getting sick. You should also find yourself a weapon in case you end up finding any hostile beings, as well as some crafting materials, so that you can build yourself some extra items while on the escape pod.


Once you’re inside the escape pod, you will need to solve each situation that pops up for that particular day. You could, for example, start by giving a speech to your crew to try and cheer them up while showing them what type of captain you are – that is, which attribute you favor. Once you’ve made a decision, you will get to read in the starlog how things went before you can take on the next situation for that particular day. You’ll also need to juggle everyone’s hunger, health, sanity, and morale, so be sure to ration the soup so that all can survive for as long as possible. 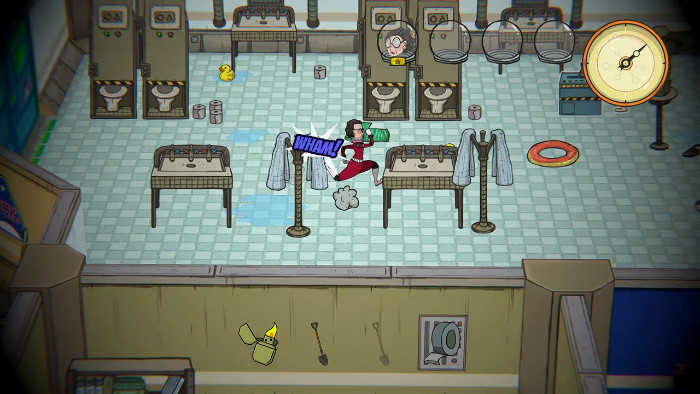 The crafting module at the back of the escape pod will prove to be very valuable, as it can allow you to craft new items, recycle items, repair items, or upgrade items. You could, for example, craft some soup to keep your crew fed, or make a sock puppet to help keep them entertained. You might realize you could recycle some of the items you have on you to receive some materials you can use to craft other items or to repair items that are damaged, or you could use them to upgrade things such as your armor, your gun (if you managed to grab one), the handbook (ditto), and more. 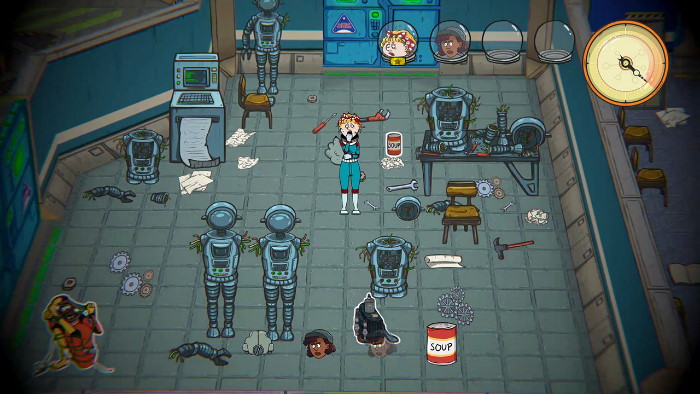 60 Parsecs! is a solid sequel to 60 Seconds! which improves on the overall premise and formula for the previous game, while managing to feel like a fresh experience. You will probably fail more than you will succeed, but at least you’ll be learning from your mistakes as you go, and the more you know, the better your odds of escaping the nuclear attack with exactly what you need to make it to an unknown planet on which your crew members can go on an expedition or two as they try to find more supplies to survive for as long as possible. 60 Parsecs! is out now on Nintendo Switch for only $9.99, and it’s definitely one to try.

Disclaimer
This 60 Parsecs! review is based on a Nintendo Switch copy provided by Robot Gentleman.