Composer Austin Wintory has been working on soundtracks for a ton of the video games and films you know and love, so I got in touch with him to talk a bit about his projects, The Banner Saga in particular. Come check it out!

The Banner Saga 3 franchise began with a Kickstarter for the first game. I was lucky enough to be called in while it was still live and got instantly seduced by it. The combination of storytelling and tactical combat was so exciting. We began work immediately, and it was almost six years before we finished the entire trilogy. All told, it’s among the best creative experiences in my life. Stoic is a *dream* studio to work with, and the caliber of their game making is just superb.


PS4B: Did your process change when working on the soundtrack for the third entry in the series? What did you want to convey for the overall theme of this final story arc?

The process always evolved in small ways, as the games themselves evolved. But by the end of the first The Banner Saga, we’d worked out a pretty great workflow that was the basis of our approach to both The Banner Saga 2 and 3.

For the final story arc, the idea was to bring home the personal story (particularly the Rook / Alette arc) and the grand epic tale of the world’s ending. It got more personal AND more dramatic as it went, so some the finale ended up having some of the most bombastic and most intimate of all franchise!


PS4B: Now that your work with The Banner Saga trilogy has been completed, what project are you currently working on? Anything you can share?

Several new games have released since then: ERICA on PS4, JOHN WICK HEX on PC, and THE BRADWELL CONSPIRACY on all platforms… and coming in 2020 is Giant Squid’s next game, THE PATHLESS. I hope folks have a chance to check them all out!


PS4B: And now it is time for us to go. Would you like to add anything else before we end this interview?

Simply my thanks for reaching out and asking these questions! 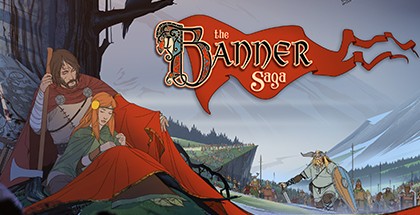