PS4Blog.net 2019 Gaming In Review: What Were Our Best PS4 and Switch Games This Year? – Part 1

2019 is almost over, so it’s time for an epic question: What were our best games this year? We deliberated for a while and came up with a list that includes what we think are the best games of the year!

In this post, we’ll detail the best games we played this year as well as some others we have yet to enjoy. Please keep in mind that we didn’t play all of this year’s releases. Later in the week, we’ll have more posts detailing even more PlayStation 4 and Nintendo Switch releases!

After you’re done reading this list, please be sure to tell us about your best games for this year!

The PS4 is at the end of its cycle, since the PlayStation 5 is to be officially unveiled in February (yay!). The PlayStation 4 also achieved the feat of being the second best selling home console of all time, and got a ton of great games this year. We had a lot of material to choose from, so without further ado, here are our best PS4 games of 2019!

My Game of the Year: Wandersong

Wandersong was one of the first games I played this year, and I already knew, back in January, that this would be my GOTY. In Wandersong, you are following an atypical bard and his friend the Witch Myriam on their way to save the world, by singing. The premise of this game is silly to the core, but trust me when I say that I can’t remember when a game had me emotionally invested in such a way that I kept thinking about it even when I finished it.

I recommend this game to everyone looking for a truly amazing experience, also featuring an amazing soundtrack by A Shell In The Pit. The gameplay is different from what we’re used, and the last third of the game justifies the effort spent! 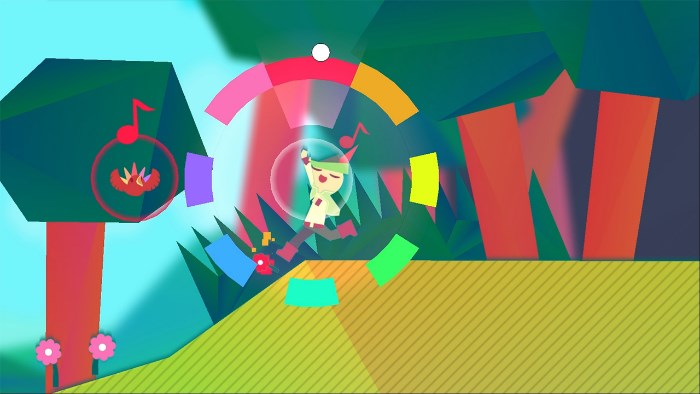 We’re getting a brand new story with overhauled graphics, and new gameplay options that enhance the overall experience over the previous Cold Steel releases. I definitively recommend this game to players looking for an amazing JRPG on PlayStation 4.

If you’re curious about this one, you might want to take advantage of the demo which you can download from the PlayStation Store. It features around three hours or so of content, and if you decide to purchase the full version your save file will carry over.

The Legend of Heroes: Trails of Cold Steel III on the PSN. 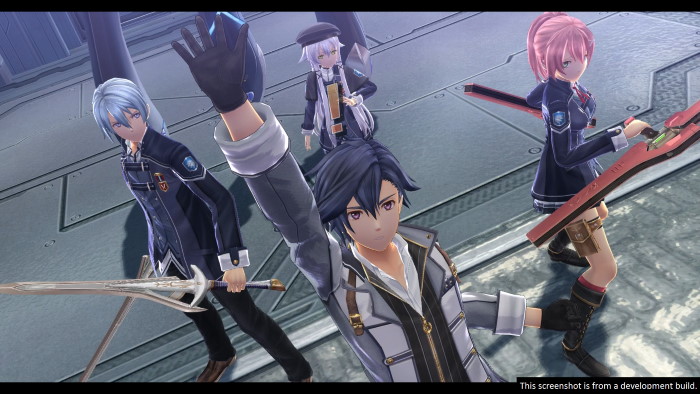 Honorable Mention: 39 Days to Mars
39 Days to Mars from It’s Anecdotal is an atmospheric co-operative adventure game with a lot of charm. Follow Sir Albert and the Honourable Clarence Baxter on their trip to Mars using their RMS Fearful vessel, in which vital parts of the ship breaks at regular intervals, in a comedic way.

39 Days to Mars is a great game, and definitively one of the best local multiplayer releases I’ve played this year. The campaign is roughly two hours long – depending on your puzzle-solving skills. I loved playing through this game, and thanks to its solid puzzle design, great hand-drawn art, and superb voice acting, this is an easy one to recommend on PlayStation 4. 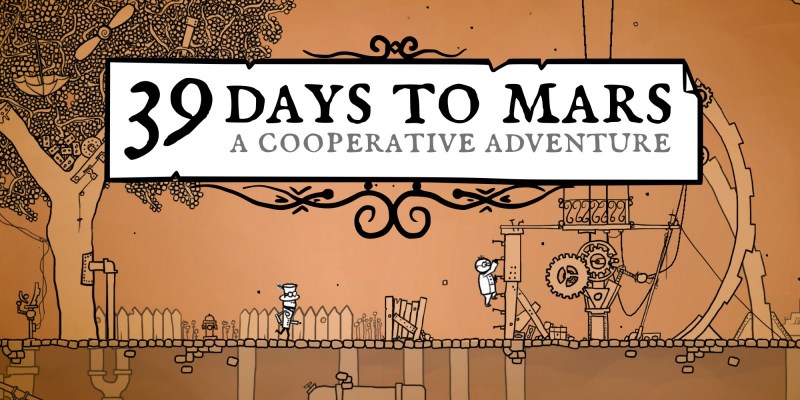 Honorable Mention: Adventure Time: Pirates of the Enchiridion
Adventure Time: Pirates of the Enchiridion didn’t release this year, but I got to play it this year, so I’m including it as one of the best games I played this year. Follow Finn and Jake on their adventure through a flooded Ooo in a Wind-Waker game style. Explore the different islands and continents, meet with the show cast and enjoy a superbly designed Turn-Based Battle System which was the highlight of this game.

I had mentioned this game was buggy when I played it early this year, but I noticed that there were a few patches that released through the year, so hopefully the issues are fixed and all that is left is an amazing turn-based RPG!

Adventure Time: Pirates of the Enchiridion on the PSN. 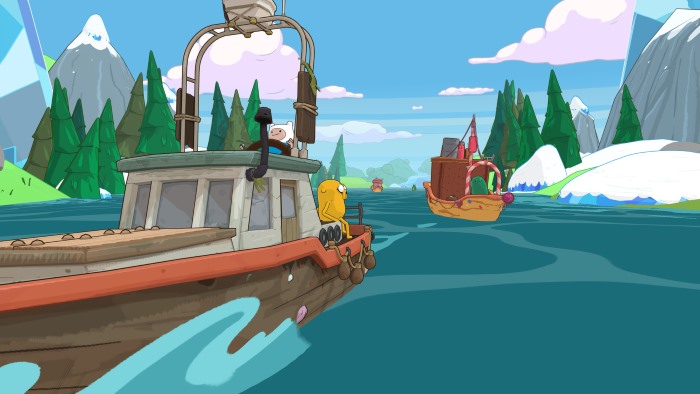 2019 was yet another great year for me, so many great games I’ve had the chance to play. But first let me tell you about a 2018 release I’ve only played this year that was one of the best games I’ve played in recent years, Quantic Dream’s Detroit: Become Human. The storytelling of this game was awesome, and I absolutely loved how you could replay chapters and see every branching you had done – and missed.

Honorable Mentions: Resident Evil 2, Mortal Kombat 11
As for what actually got released in 2019, three games really stood out for me. The first one was released way back in January and was an incredible remake of a game I played countless times 21 years ago, Resident Evil 2. This is one of those titles that defined survival horror, and the remake made it all better on pretty much everything. Then a few months later came a new entry in another long-time running franchise, Mortal Kombat 11. I’ve been a fan of the series ever since the first one, even with a few iterations that were a bit disappointing, but this latest release really takes the crown for me. Intense action, as gory as you would expect a MK game, and countless hours of fun even for people like me who aren’t playing it for the online portion. 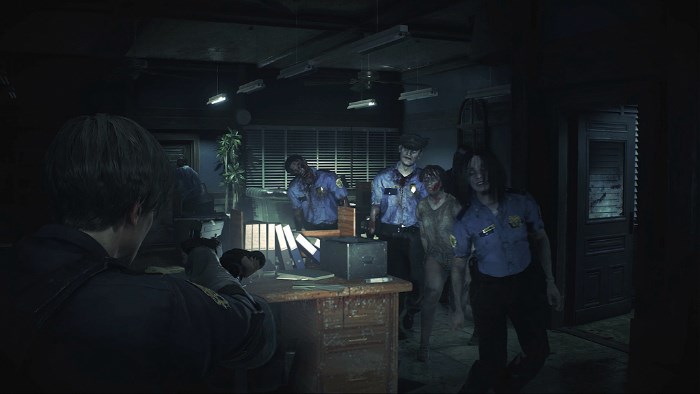 My Game of the Year: Fell Seal: Arbiter’s Mark
Finally the one that gets my personal GOTY award is a game I’ve had the chance to review here; Fell Seal: Arbiter’s Mark. As far as turn-based tactical RPGs go, this is hands down the best I’ve played since Final Fantasy Tactics on the PS1. Even after completing my review, I was so drawn by the great gameplay and story that I actually got late on my other reviews I had to do because I couldn’t stop playing!

As for the game that will likely get me to 2020 and maybe a bit more after, it’s the recently released Star Wars: Jedi Fallen Order. I have yet to put a lot of hours in the game, and it’s mostly the reason why it’s not making my top three this year, but what I’ve seen so far is a lot of fun and a lot of lightsaber! A nice mix of some Uncharted, God of War and Dark Souls that’s nicely crafted together in the Star Wars universe. You’ll probably hear about this game in my 2020 review, as I will be playing it a lot in the coming weeks!

PlayStation Vita
Not playing on your Vita anymore ? Well, you should, there are still tons of great games out there for the little machine! Although I didn’t really play new titles this year, there are two titles I’ve played and had a great time with that I can share. The first one is Foul Play, which I got a while back as a free PS Plus game. It’s a beat-em-up that you can play in coop if you want (cross-buy on the PS4 also) that unfolds it’s story as if you were playing an act in a theater. The game is a lot of fun, and it’s story-telling is incredibly fun and original. 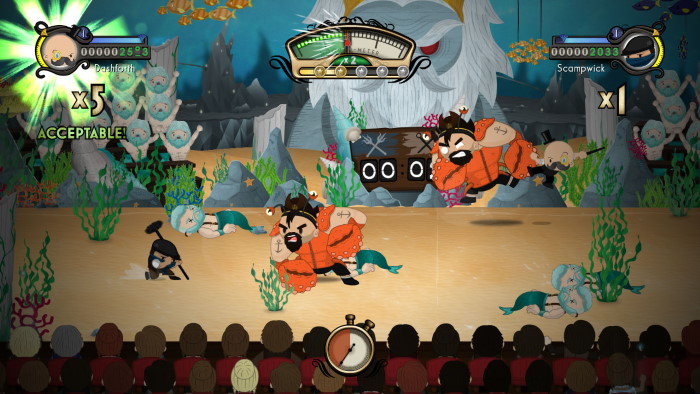 The other one, that I had actually started way back in 2016 that I finally decided to complete is Persona 4 Golden. What an awesome JRPG. I do admit that I used a guide to maximize my social links and get the true ending, mostly because I couldn’t possibly find more time than the 100 hours I’ve put in the game, but the story and gameplay really had it all for a JRPG. If you’re a fan of JRPGs and haven’t played this one, it’s a great reason to power up that Vita again!

8-Ball Pocket Out On Nintendo Switch Next Week