Just when you think the world is safe and it’s okay to take a break, a new threat emerges. Having already survived an alien invasion in FullBlast, the Delta Squad must now do battle against General Rumanovsky, a maniacal overlord who will stop at nothing to achieve global domination.


A virus that turns civilians into zombies has been spread around different locations. The Delta Squad has been called into action to retrieve the virus samples and help defeat General Rumanovsky’s evil forces. 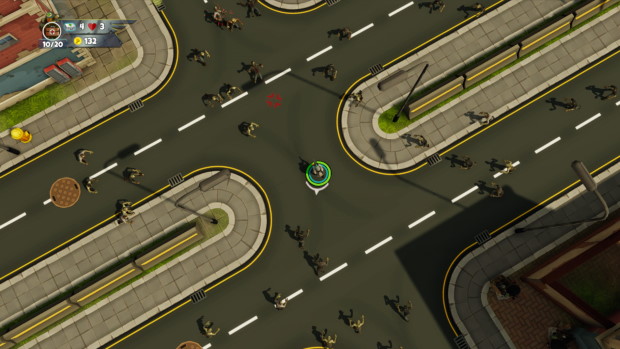 When you start your campaign, you have the choice of four different characters: the Infantry, the Heavy, the Engineer, and the Medic. Depending on which one you choose, you’ll have different statistics for your speed, defense, and power. Your weapon will also be a little bit different, like a shotgun for the Engineer or a gatling gun for the Heavy, as well as your secondary weapon, which can be things such as grenades or a useful medkit for the Medic.


Once you’ve chosen your squad member, you’ll be dropped into the level right away. As you move around, you control in which direction you aim with the right analog joystick and fire your weapon with the R2 button. If you want to reload your gun instead of waiting for it to automatically do so once it’s out of ammo, you can press the L1 button at any time. Keep an eye on your ammo count, or else you might find yourself without ammo at the worst time. You can also roll with the R1 button to avoid enemies, but it’s not that useful.


You’ll start a level with an objective to complete, and once it’s completed, you’ll have to move towards the next one. Objectives can ask you to do things such as shooting down a certain number of enemies, finding bombs to deactivate, or antennas to destroy. 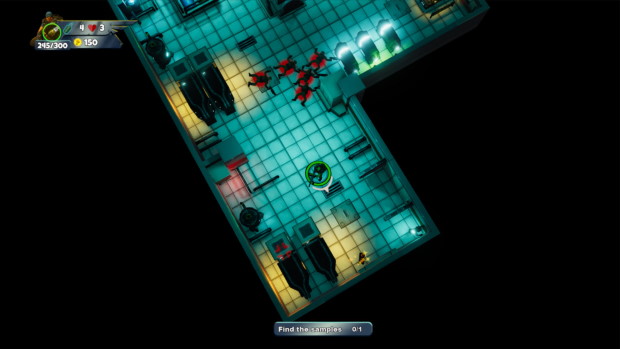 Being a Ratalaika Games release, I was expecting a quite easy game that I would get through without any challenge. Surprisingly, it was actually a hard one, even on the easiest of the difficulties. Regular zombies aren’t really a threat, but once you encounter armored soldiers, turrets, or tanks, you’ll see that a few shots can quickly take out one of your three lives. And if you lose them all, it’s back to the start of the level.


I was having fun completing the first set of objectives, but it eventually became more of the same as you are just doing the same 3-4 objective types all over again on the map. Considering that you start a level all over again if you lose all your lives, it became even more redundant by the end of it. 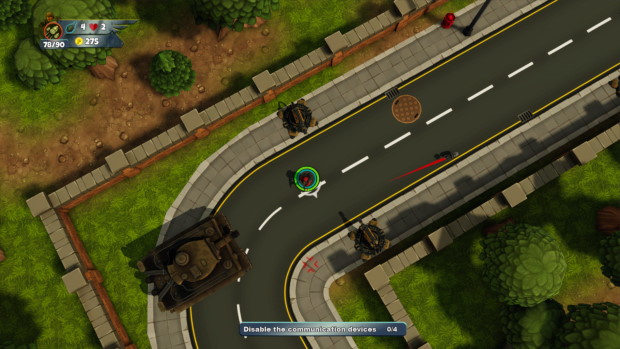 Even though the game is not as easy as you would expect, the Platinum trophy is still relatively easy to get. For starters, you don’t need to complete all the levels to get a new Platinum for your collection, since you’ll only need to complete one of them. The majority of the trophies, other than a couple that require some extra grinding, will unlock as you play the first stage from start to finish. After that, it’s only a matter of completing ten waves in the Survival Mode, and you’ll have your brand new platinum trophy! 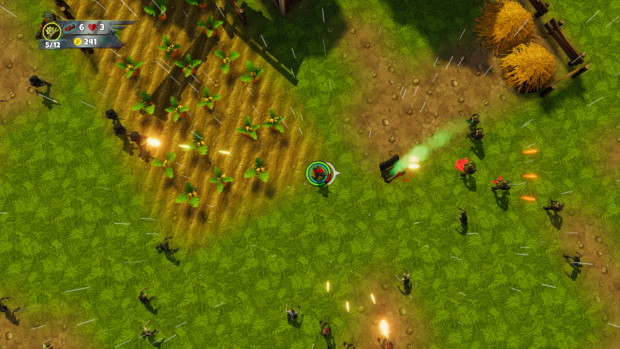 Final Thoughts
Delta Squad isn’t the best top-down shooter you can find, but it can be an enjoyable experience on your way to getting a new Platinum trophy. The co-op side of things can make for a fun time with friends on the couch, especially given its budget price.

Disclaimer
This Delta Squad review is based on a PlayStation 4 copy provided by Ratalaika Games.

SuperEpic: The Entertainment War Out Next Week