Bee Simulator from VARSAV and Big Ben Interactive takes you on a story through the eyes of a honey bee, giving you some action while trying to educate you on the dangers bees face around the world. Learn more in our Bee Simulator review!


The game starts with a little intro explaining the dangers bees are currently facing around the world, with all the pesticides being used, which are weakening the bees. It also has an impact on pollination because they can’t do it as efficiently as before, causing issues that will impact us on many levels. After that, you’re introduced to the honey bee you’ll be controlling throughout the game, which you can choose to name however you want, although that doesn’t change anything in the game. After learning the basics, you’ll be granted an audience with the Queen to learn about your new assignments. 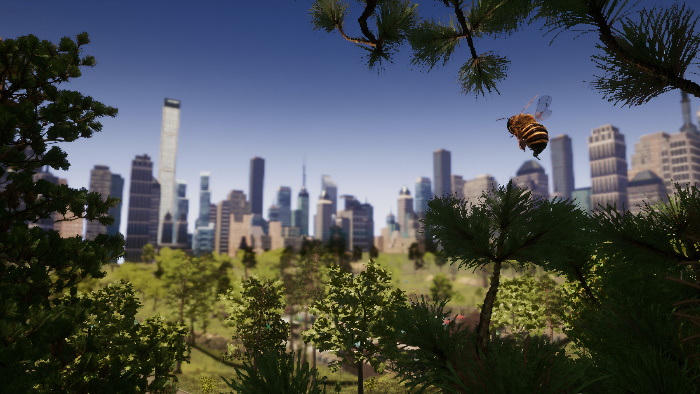 Speaking of the basics, you’ll be moving your bee around with the left analog joystick, with the possibility of moving vertically with the L2 and R2 buttons. Collecting pollen is obviously part of your job, and you’ll be doing so by flying through golden orbs that appear over flowers. As you collect pollen, your honey pot in the bottom left will fill up, and once it’s full, you’ll have to go back to the hive to deposit the pollen. The flowers you collect pollen from have different qualities: common, uncommon, rare, epic, and legendary. To be able to see which quality you’re collecting, you’ll be able to enter Bee Vision mode with the R3 button. This mode allows you to see the world in a different way, with only the flowers varying in color. Collecting multiple flowers of the same quality in a row will slowly fill up your Beetro, which basically acts as a speed boost that you can activate with the R1 button. The other option for gaining Beetro will be to land on some human sweets like cupcakes to charge it up.

Whether it’s as part of story missions or in optional challenges, you’ll be taking on different challenges. Some will be races where you have to go through several rings, all while avoiding obstacles such as spider webs or gusts of wind. Some will involve you communicating with other bees by doing a bee dance, for which you need to use the left analog stick to make the same moves as the bee in front of you. Other times you’ll be fighting others, which is done by pressing the Square button to block or the Triangle button to attack with a timed bar, pretty much like you would have to press the correct button sequence in a Rock Band game, but on a more basic level. 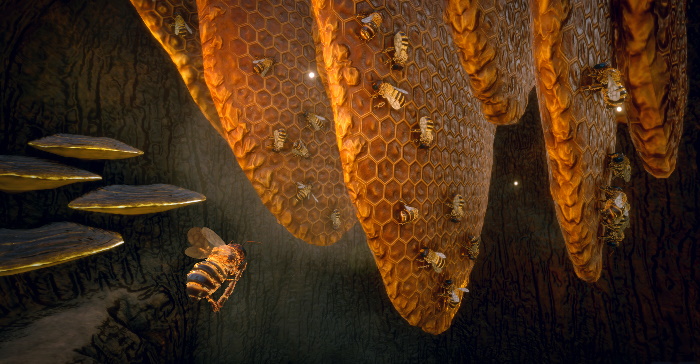 The game features some nice visuals powered by the Unreal Engine, with a somewhat large semi-open world where you can go pretty much anywhere you want to explore. There are some humans here and there, but they don’t feel like they’ve been fully implemented, as they aren’t really doing anything other than being close to their food, which is never a good thing.

The first thing to know about this game is that it’s not as much of a simulator as the title would lead you to believe, which is not a bad thing. If it was truly a simulation, you’d die after stinging something, which would make for a rather short game. Jokes aside, there are a lot of different things to do in the game, but most are rather simple. Collecting pollen is fun a couple of times, but it doesn’t vary enough to become the next best thing. Races are incredibly challenging even on the Easy difficulty, so I wouldn’t suggest you try them in the Hard difficulty. 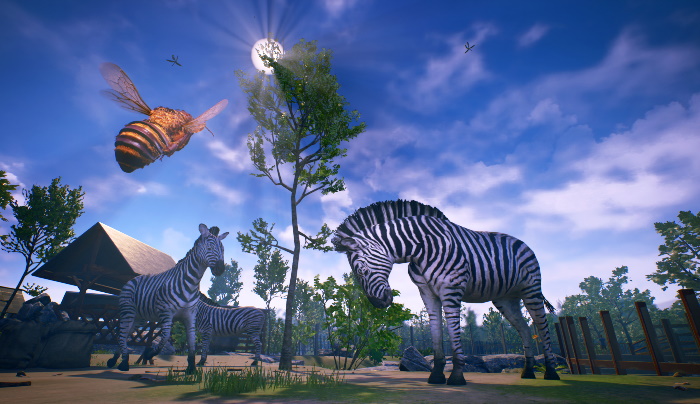 But with all that said, the game still provides an enjoyable time that’s relaxing, and it’s certainly a change of pace from all those explosions-packed action games on PlayStation 4. It’s also a game that you can easily play around with kids (either playing or watching).

As for the trophies, it’s a rather simple list even though it’s got a total of 51 trophies, including a shiny Platinum trophy. You’ll have to finish the story missions and all the optional challenges, collect a lot of pollen, and then do lots of random things such as destroying 20 balloons or finding a lawsuit notice. Challenges will likely be the toughest part, but the rest should be easily completed with a few relaxing gaming sessions. 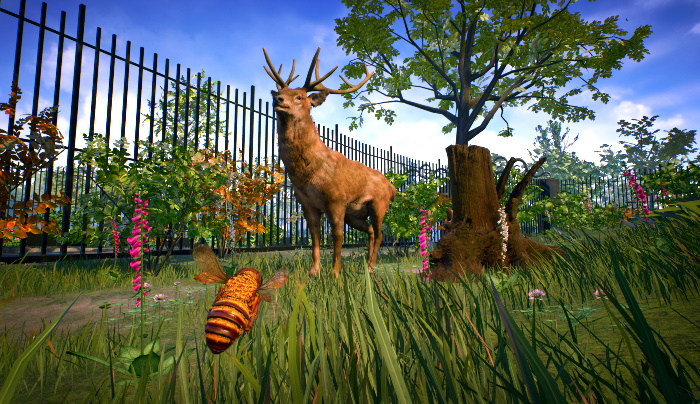 Final Thoughts
Bee Simulator is an interesting game to play with your family members around to educate them on the problems bees are facing right now as the game does a nice job of presenting things from their point of view. Even though the gameplay can become a bit repetitive, it should still provide some fun gaming time as you fly around, collecting pollen, racing, and exploring with your bee.

Disclaimer
This Bee Simulator review is based on a PlayStation 4 copy provided by Big Ben Interactive.

PS4Blog.net 2019 Gaming In Review: What Were Our Best PS4 and Switch Games This Year? – Part 1