Rift Keeper from Frymore and Sometimes You is a 2D roguelike action platformer with a steady challenge that will keep you coming back for more. Check our Rift Keeper review!

In Rift Keeper, you play as a rift keeper, one of the protectors of the rifts that exist as doors that lead to other realms. You have been trained by the red priests – former rift keepers themselves – for this particular purpose. Both the rift keepers and the red priests serve the Keeper Mother, who shines a light over the darkness of the void, leading all on a path of illumination, aiding the rift keepers in their battle against the dark forces… and against Xal’Sheth, the void god himself. 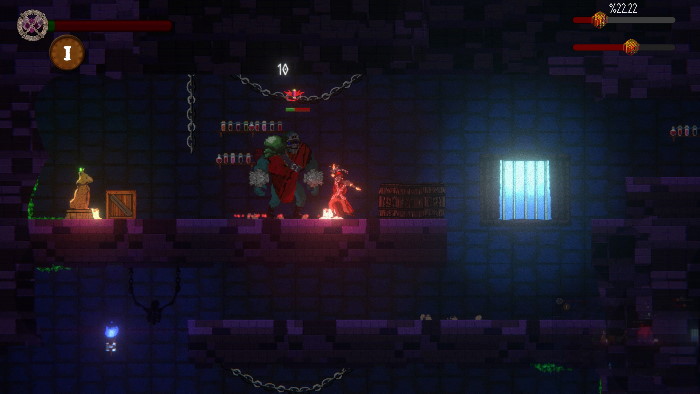 You’ll walk around with the left analog stick or the D-Pad, jumping and double jumping with the X button. Your attack is mapped to the Square button, with ranged attacks activated with the L1 button. If you have a shield equipped, you can block with the Triangle button, and if you do or don’t have a shield, you can at least dodge roll attacks with the Circle button. You can interact with things or NPC with the R1 button. Your inventory is set to the touchpad on the DualShock 4, and by accessing it, you’ll be able to change your weapons and items loadout.

Before you start a new run, you will learn how much damage enemies will deal, how much health monsters and bosses will have, and how much gold they will drop. You will also learn how many dungeons you need to clear before you get to a boss fight. To be able to clear a dungeon, you must first kill at least 70% of all the monsters in it. Until you reach that percentage, you won’t be able to proceed further down the set. If you manage to complete a dungeon within 180 seconds, you will also receive a bonus treasure chest. 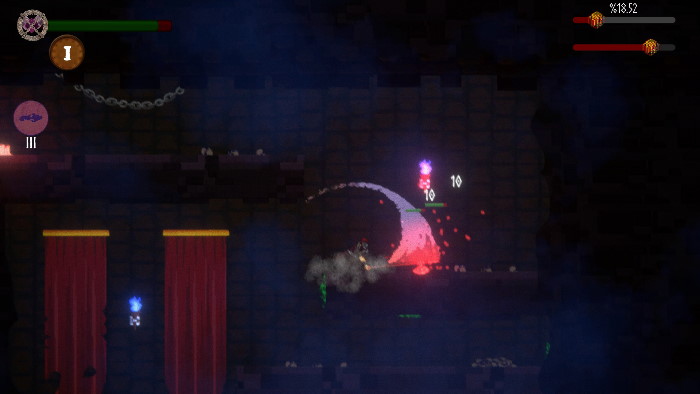 As you explore each of the many dungeons you will visit, you will get to find floating books – wings and all – that will act as the game’s collectibles. These collectibles can be traded back at the town to receive a random item for every five collectibles you trade. You can also buy weapons at the other shop in town by using the coins you collect from defeating anyone who crosses your path, or by opening the treasure chests, you will find on your journey. Another of the shops will sell to you magical items that you can equip to boost your health, damage output, or speed, but some of them will give a big boost to one or two of said stats while considerably lowering the other ones.

Along with the flying books and the gold coins you will collect in this adventure, there are also red crystals you can find. Crystals are not as plentiful as collectibles, and certainly not as plentiful as gold coins, so you’ll need to work hard to add more to your stock. Crystals can be spent in your skill tree to unlock boosts for your character that will be of great help. There are many things to unlock with red crystals, offering a boost to your overall health, to the damage you deal, how fast you are, how much gold you can get, and more. Every time you enter a rift, you’ll be taken back to town so that you can open up a treasure chest, as well as purchase new stuff, or unlock new boosts with red crystals. 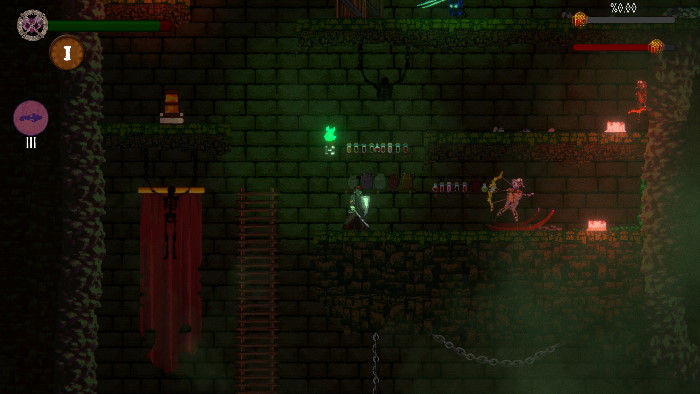 You can check the board in town to see how many monsters you have killed, how much gold you’ve looted, the number of dungeons you’ve completed, how many chests you’ve opened, and the total number of times you’ve died… which might end up being a pretty big number depending on your skills for 2D action roguelikes like Rift Keeper. When you die in this one, you will drop some of the gold you had on you, as well as the weapons and items you had equipped, but you’ll get to keep a big chunk of your gold, the red crystals, and the flying books you have obtained, so you’ll be able to buy new equipment as well as unlock new stuff in the skill tree so that you can have a better shot at surviving for longer. 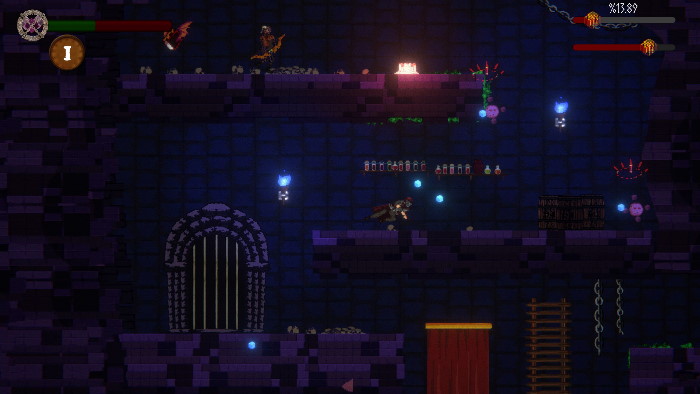 Rift Keeper has a full trophy list with a Platinum trophy that will keep you busy for a handful of hours as you try to make all Bronze, Silver, and Gold trophies pop. There are trophies for reaching levels 10, 20, 30, 40, and 50 in your run, for collecting a ton of gold, for spending a ton of gold at the vendors in town, for killing a ton of enemies, for finding 10, 25, and 100 collectibles, for looting dozens of treasure chests, for completing a level in 100 seconds or less, for completing a level without being hit once, for defeating each of the bosses, and for equipping a legendary weapon in each of the equipment slots. 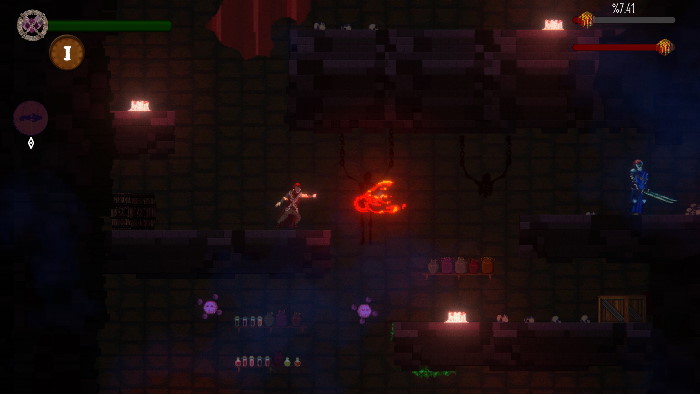 Rift Keeper is a fun and challenging 2D roguelike action platformer available at a budget $9.99. Depending on your skill, you’ll be playing this one for around 5-7 hours to manage to get to the final boss, as long as you get lucky with some of the item drops and manage to make the most of the red crystals you find along the way. You won’t be doing a full run during your first try, but you will certainly learn more every time you die, since you’ll figure out each enemy’s movement and attack pattern, how much damage they can deal, etc.

Disclaimer
This Rift Keeper review is based on a PlayStation 4 copy provided by Sometimes You.