In the world of Regions of Ruin, the Dwarven kin had led a Golden Age of complacency across the continent. Due to the Centaur-Human war, they decided to shun the overworld, locking themselves up in the mountains for centuries and centuries… until they finally opened their doors and stepped back into the world. Things had, unfortunately, taken a turn for the worse. Humans and centaurs had long gone from the face of the world, with Goblin, Lich, and Kobold enclaves now roaming about. While the Dwarven kin fought bravely, they were overcome, ending up enslaved. Enraged by the situation, the Dwarves start to fight back, aiming to reclaim their lands. The Dwarven race is scattered through the land, and a hero is needed to bring all of them together, in order to restore the mighty Dwarven Kingdom. 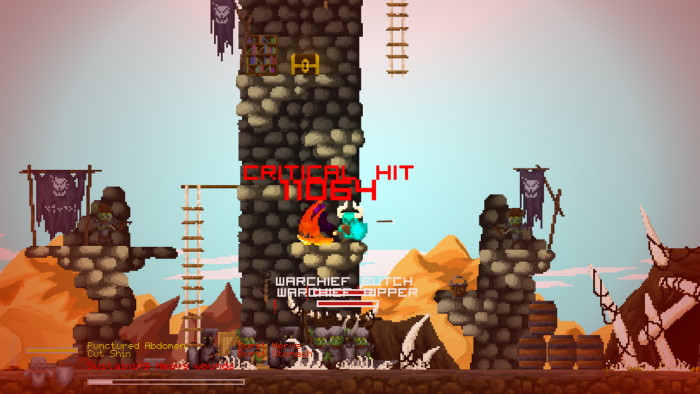 You can customize your experience a bit by adding throw aiming support, having the game show the damage dealt, damage taken, and gold and experience collected, have it display extra tooltips to aid you, as well as change the overall difficulty setting for Regions of Ruin. The four options are, from easiest to the more challenging one, Elvish, Human, Troll, and Dwarvish. The game’s default difficulty setting is Human, and I suggest you leave it at that so that you can first see if you actually have what it takes to bump it up a little – or if you need to lower it to Elvish. 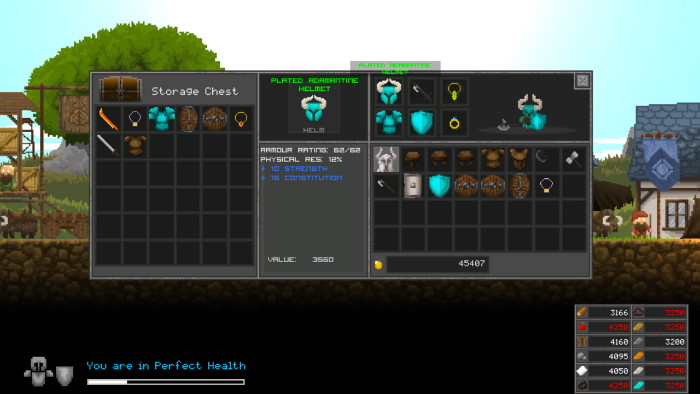 You’ll move your Dwarven hero around with the left analog stick, talking with others, and interacting with things by pressing the Triangle button. When talking to others, you will be given different dialogue options, so pay attention to what is being said so that you can select the right option. Anything you collect will be sent to your inventory, which you can check by pressing the touchpad on the DualShock 4. The Square button is for regular attacks, while the Circle button is used for power hits. You can defend yourself with a shield by pressing the L2 button. You can also dash with the R1 button to try and avoid attacks. Pressing down the L1 button will, on the other hand, make you walk slowly to sneak up on enemies. 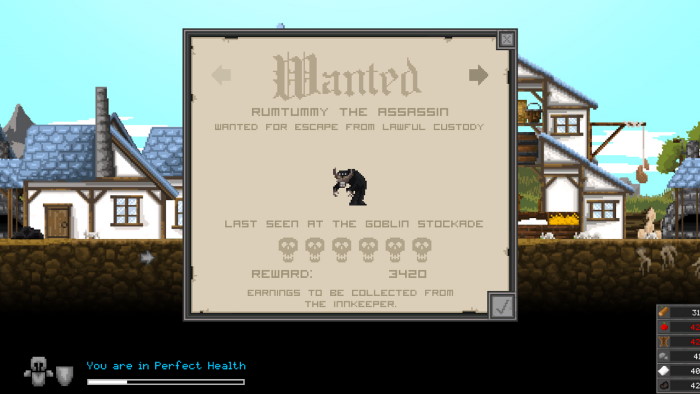 The deep wounds you suffer from enemy attacks won’t allow you to fully recover your health, which is why to heal those wounds, you’re going to have to see a physician. On top of finding one to cure your wounds, you will also need to have enough coins on you to pay for its services, so be sure to always have some coins in your pocket in case you are in serious need of some major healing! You will also need to have food on you to be able to explore new areas, so you might want to pay attention to the wildlife you run into so that you can hunt it down with your weapons.


As you find new items, equipment, and loot, you should check each piece to see if it would benefit your character’s build at any given time. You have a ton of stats to take into consideration, such as strength, dexterity, constitution, damage output, critical hit percentage, critical damage percentage boost, armor penalty, armor rating, physical resistance, as well as fire, cold, poison and physical resistance. Some of the things you collect can also be used as materials to build stuff, so be sure to always keep an eye on your stock list at the right side of the screen to see what you have and what you need to get more of. 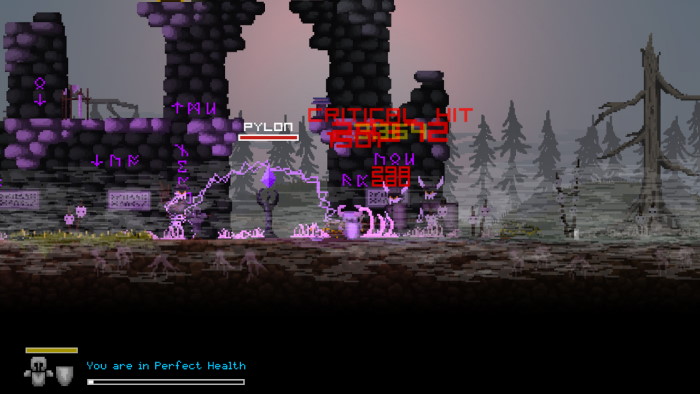 As for the basics, you’re definitely going to need a campfire so that you can train and upgrade your skills. The campfire is just the start for your settlement, as you will be able to find other materials to add more buildings and upgrade them as needed. You can add a storage which can also be upgraded to add more slots for you to stock more resources. There’s also a tavern that will attract adventurers for hire while also generating a revenue stream. A blacksmith is a must since it will allow you to forge new and more powerful equipment. You should also try to add an apothecary.


Your character will have four different skill trees on which you can use the skill points you get from leveling up. There are skill trees for your attacks, for your throw ability, another one will focus on boosting your defense abilities, and the last one will be for the more powerful heavy attacks you can dish out. Balancing out which skill tree you favor at any time will be crucial so that you can survive in this harsh world. Abilities will unlock in a linear fashion, so you can’t skip past the starting set to try and get those at the end of the line. 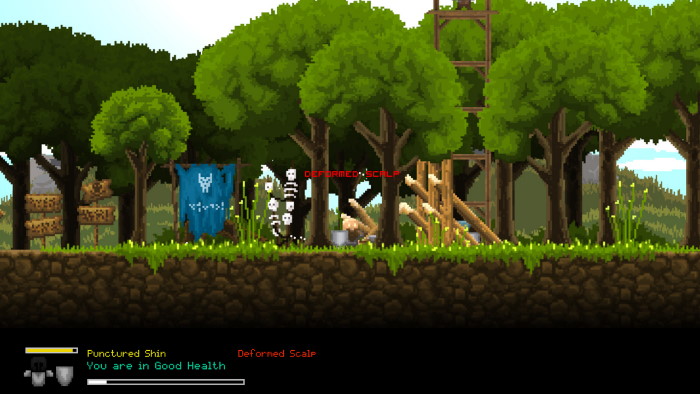 As for the trophies, Regions of Ruin has a full list with a Platinum trophy, and it’s one that is going to keep you busy for a while. There are several trophies for gathering a ton of gold, another one for killing hundreds of bunnies, hundreds of goblins, and a ton of cave creatures. You can also get a trophy for deflecting many projectiles, for blocking a ton of damage from a single hit, for powering-up your hero so that you can deal a thousand damage in a single hit, for backstabbing 100 enemies, and more. 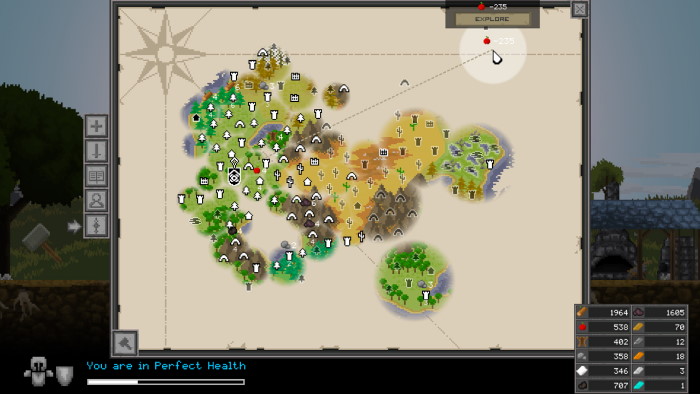 Regions of Ruin is a fun, minimalist take on the 2D open-world survival genre, offering plenty of content and a ton of items and equipment to loot for its budget $9.99 price. And once you’ve found some workers, you can send them to gather any remaining resources at the different locations you’ve already visited, all while you explore new areas to keep the cycle going. It’s not going to revolutionize the genre, but that’s not something that every game needs to aim for to justify its existence. One final piece of advice I can give you is that you should hit the Options button every now and then and save your progress, because the game does not at any point auto-save, so don’t forget it! 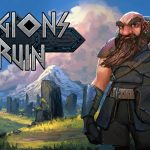 Disclaimer
This Regions of Ruin review is based on a Nintendo Switch copy provided by JanduSoft.

Tamashii Now Out On Nintendo Switch