In Headliner: NoviNews, you play as the editor of a national news outlet, which means that how public opinion swings one way or the other rests in your capable hands. The game takes place in the future, at a time when genetic manipulation is all the rage. Will you remain true to your journalistic integrity and run the news the public needs to hear? Or will you start to spread some false news to shape how society reacts to the evolving world around it? You will start your run by selecting your character’s name, last name, pronoun, character style (its overall look), and the set of colors for its skin and clothes. You can also select to sign up for the instructional tutorial – which I suggest you do – so that you can learn the basics before you get started with the main game section. 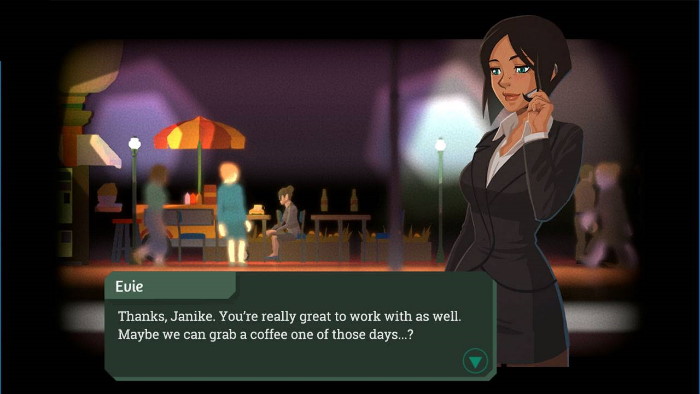 During the 2D sidescrolling segments, you can move your character with the left analog stick or the D-Pad, interacting with things with the X button. Since this is an adventure game, there’s going to be a lot of reading in this one. You will be selecting the news that will be broadcast and the ones that will be rejected by reviewing the synopsis for each news article and then pressing the X button to approve them or the Circle button to remove them from potential rotation. Once you’ve checked all potential news, you’ll be done for the day, and will return to a 2D sidescrolling segment. 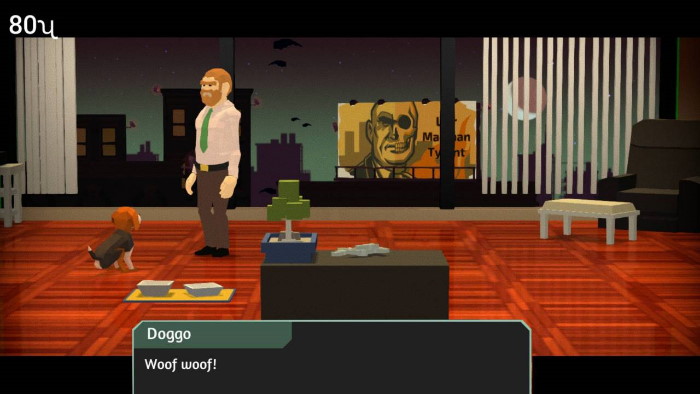 You will be paid at the end of the day and can put this money to good use by purchasing items at Rudy Mart to either help some of the characters you’ll meet or to decorate your apartment. When a new day begins, you will repeat the cycle, with some changes here and there. For the second day at the job, the boss told me that writers would now categorize their articles so that I could easily tell what the general topic was about – world news, entertainment, health, etc. I also started to get memos from other departments in the office, as well as some brochures promoting different activities. 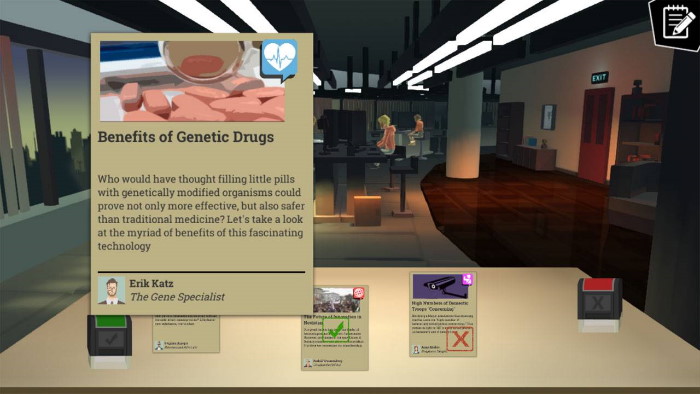 Once your day is over, you will walk back home to your apartment, getting to interact with some characters, while also checking in on some conversations that people are having in public over the things you decided to report on. You will be writing the headlines, and what you report will, in turn, affect everything around you, with the game following some characters in particular: a coworker, your brother, your boss, the owner of the local shop, and the nation’s Prime Minister. Your actions could also end up sending the nation into war with one of its neighbors, have the population of Novistan hate foreigners, affect the healthcare system of Novistan, and more. It makes for a very interesting story set up, and since you can’t have all consequences play out in a single run, you’re going to have to play the game more than once to be able to see everything it has to offer. 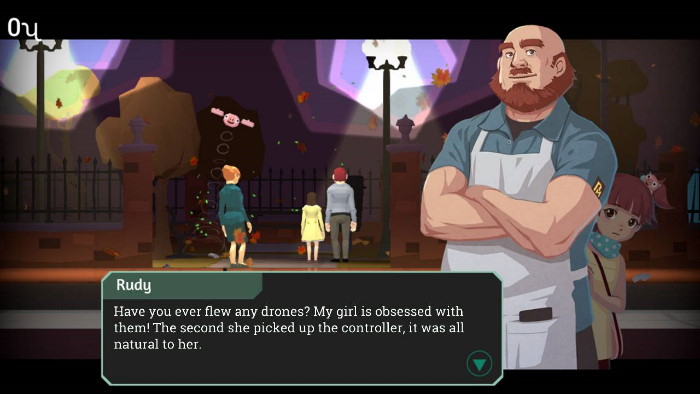 Trophy-wise, Headliner: NoviNews has a Platinum trophy for you to unlock, and due to the game’s nature, you won’t be able to get all trophies in one go. The game also autosaves at the start of each day, and since some of the trophies require you to make some specific decisions over several days, there is no way to game the system. The trophies that are unmissable will be awarded to you for starting the game and completing each of the days as the headliner, doing your job as best as possible. The rest of the trophies are tied to the lives of the headliner, the brother, the store owner, the coworker, the Prime Minister, the boss, and the country itself. It’s a long list, so there’s plenty to do in this one. 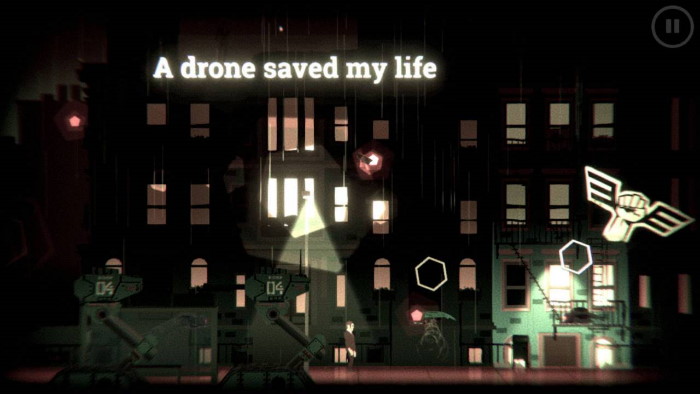 Headliner: NoviNews was a lot of fun to play on PlayStation 4. There is more than enough content in this adventure game for its $13.99 asking price. You won’t be able to see all the news and all the consequences of your actions during a single run, so the game offers some nice replay value. I liked the gameplay loop, the game’s art style, and the situations it presented, forcing me to think hard about if I wanted to present news that would benefit my brother and the local market, or that would benefit my coworker, my boss, and the Prime Minister. Add being able to bring a dog into your life, feeding it to keep it healthy and happy, interacting with it every day, and you have a game that is an easy one to recommend on PS4. 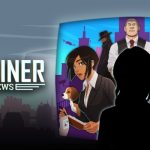 Clever and interesting adventure game that stands out on PS4

Disclaimer
This Headliner: NoviNews review is based on a PlayStation 4 copy provided by Chorus Worldwide.