Driven Out from No Pest Productions is a challenging 2D sidescrolling action game that will test your skills and patience on PS4. Learn more in our Driven out review!


Indie No Pest Productions, who previously gave us the challenging A Bastard’s Tale, is back on PlayStation 4 with Driven Out, a just as challenging 2D sidescroller action game. You will control a farmer who is called into action when a strange device lands in front of her land, followed by a dark knight who stumbles and trips, leaving his sword behind. After that, he starts attacking her, which is why she picks up the sword which is nearby to start her quest to save the land from evil forces. 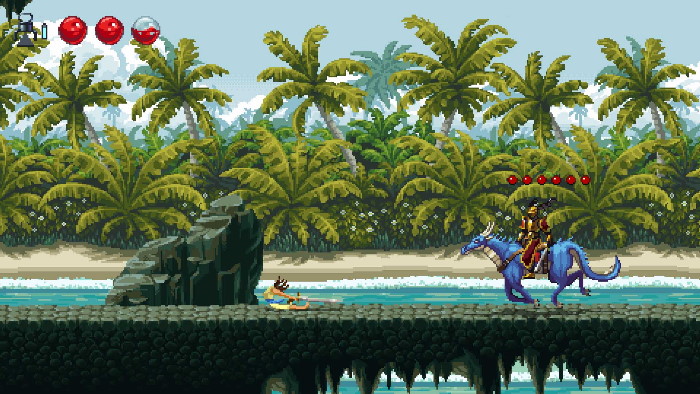 You’ll walk with the left stick, running by pressing and holding the L2 button. If you need to turn around, you can do so with the L1 button. Your overhead attack is mapped to the Triangle button, with your middle attack set to the Square button. If you want to make a low attack, you will need to use the X button. To block overhead and middle attacks, you’ll need to press and hold the R2 button and press the Triangle and Square buttons, respectively. To block low attacks, you’ll have to press and hold the R2 button and press the X button. If you block right when an opponent is about to land a hit, you will sometimes be able to counterattack. If you press down on the D-Pad, you will drop the magical device. 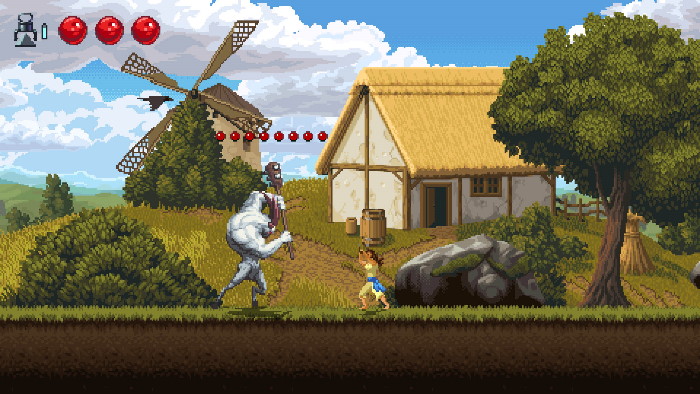 The magical device is a very important part of Driven out since it will act as a checkpoint of sorts for your adventure. As long as the device has energy, dropping it on the floor will create a copy of your character, making it possible to continue your quest from when – not if – you die. You do need to keep in mind that if an enemy spots the device, odds are it will attack it, destroying it and removing your checkpoint, making it very dangerous for you to go into battle without any backup. 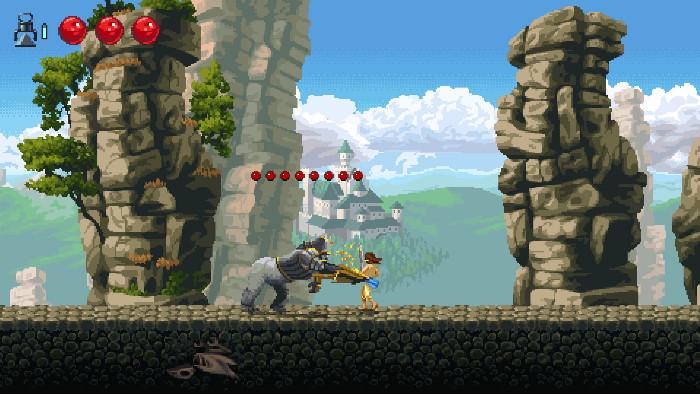 You’re always going to be at a disadvantage when going into battle since your character will have three hit points per life – and that also means per respawn – while your opponents will have four hit points or more. On top of this, sometimes you will be battling more than one opponent at once, which could end up being a major hassle. Add to this that, if you’re not careful, you could end up battling more than one opponent with each one walking towards you from each side of the screen, and you might end up in serious trouble. 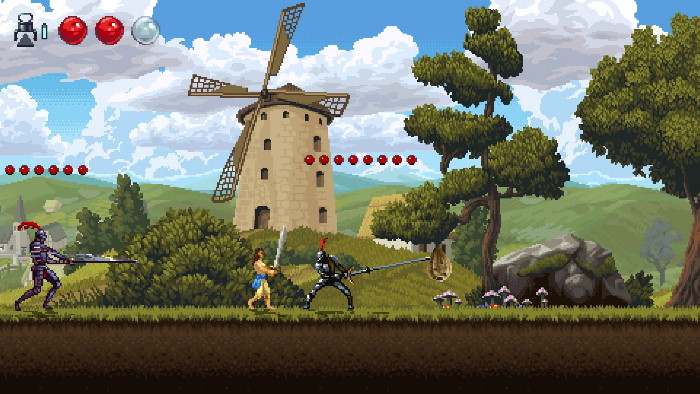 As for the trophies for Driven Out, this one has a full trophy list with a Platinum trophy, which I certainly was not expecting since A Bastard’s Tale does not have one. The good news for trophy hunters is that the list is pretty straightforward since all trophies are related to defeating a boss character in the game. The bad news is that all of this is easier said than done! The game’s challenge is dialed up to 11 right from the start, so you’ll need to play the game over and over again as you learn more about each of your opponent’s movement and attack patterns, making the most of your magical device. 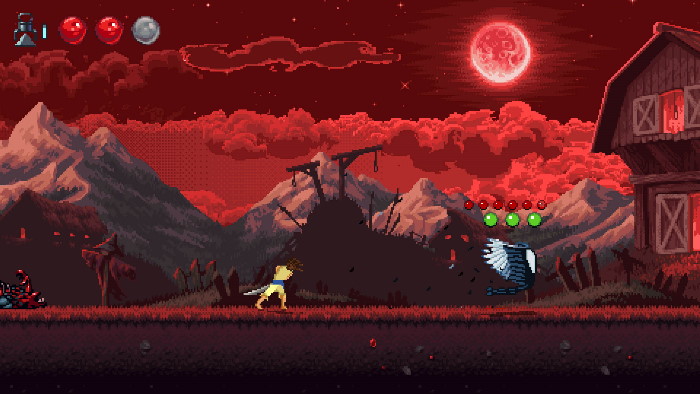 Driven Out is a fun but challenging 2D fighting game that expands on what A Bastard’s Tale did a few years ago. It features very detailed pixel art for each of the areas you will visit, and for all the regular opponents and the bosses you have to defeat. It’s a game that relies on a lot of trial and error since you’ll first need to take a hit – or three – from each new opponent so that you can learn their tells to block and counterattack at the right time. The game is out on PlayStation 4 for $14.99. 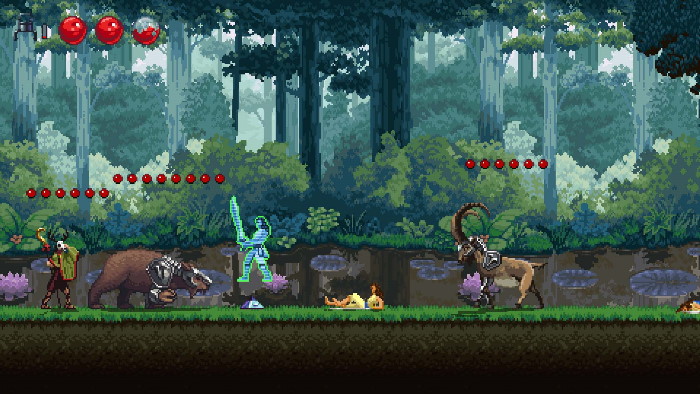 Disclaimer
This Driven Out review is based on a PlayStation 4 copy provided by No Pest Productions.