FoxyLand is a new colorful 2D platformer from Ratalaika Games on PS4 and PS Vita. Learn more in our FoxyLand review!


This is a double review for FoxyLand. EdEN and Ceidz played the game, and this review presents what they both had to say.

In FoxyLand from Ratalaika Games and BUG-Studio, you will take control of Foxy Fox, who, if the name hasn’t tipped you in on things, is a fox. One day while you mind your own business, an eagle swoops in and kidnaps your significant other, so you set out on an adventure to rescue her from the clutches of the evil bird. Your adventure will take you through 36 stages, as well as three bonus stages that are unlocked right from the start. 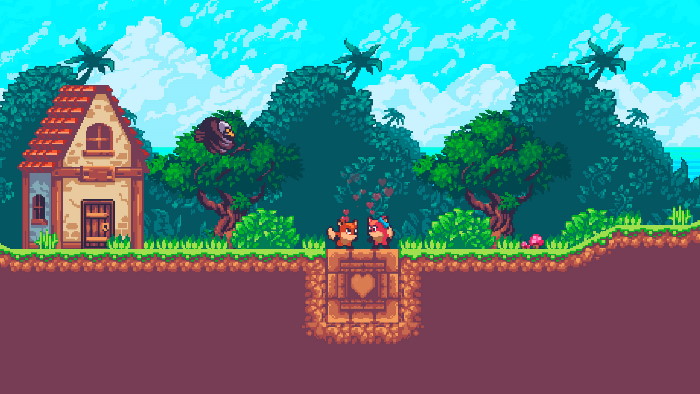 The controls for this colorful 2D platformer are very easy to understand. You can move Foxy Fox with the D-Pad or the left analog stick, jumping and double jumping with the X button. As you explore each level, you will find many cherries to collect, as well as a set of gems that you need to also grab so that you can complete a level. You will have a health meter at the upper left corner of the screen, showing how many hits you can take before you’re out. The center of the screen will have your total of cherries collected, while the right upper corner of the screen will show how many gems you need to collect to beat a level, as well as how many you’ve collected so far. 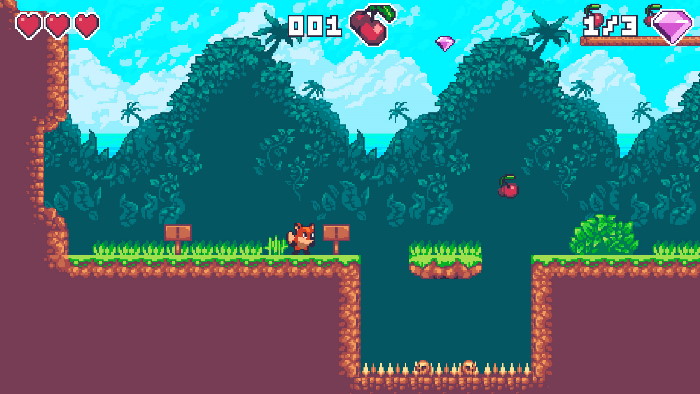 Depending on how well you do in a level, you will be awarded between one and three stars in total. You get one star just for completing a stage, while the other two are awarded for completing a level while grabbing all of the cherries in the level. Since being damaged makes Foxy Fox drop all of the cherries he has picked up in a level, receiving any damage will probably keep you from obtaining more than one star for that stage. Luckily levels aren’t that big, and you can quickly select to take another crack at it. Oh, and any enemies you defeat will reward you with some extra cherries, so you can make up for any you lost along the way.

The many cherries you collect can be used at the game’s shop to purchase new cosmetic items for your character so that you can customize its look. You can access the shop either from the FoxyLand main menu, or you can select it from the menu that pops-up when you complete a stage. There are items available at 25, 75, 150, 200, 250, 300, 350, and 450 cherries, as well as a pair of items set at 500 cherries each, so you’re going to have to grab all fruit pieces in the game if you want to 100% this one! 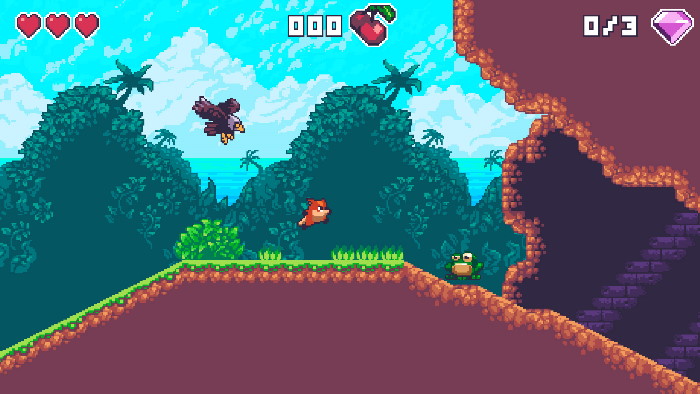 In this 2D platformer, you will be running and jumping all over the place as you try to collect all the gems while picking up as many cherries as possible. While doing this, you need to pay attention to a stage’s layout since there are going to be different obstacles you’ll need to move out of the way, as well as hazards you’ll need to avoid. There are blocks that need to be moved by activating a switch, as well as the always classic spikes that at least this time around will only damage you instead of making you lose a life right away. There are also blocks that will collapse right after you step on them or skulls that shoot darts at you. 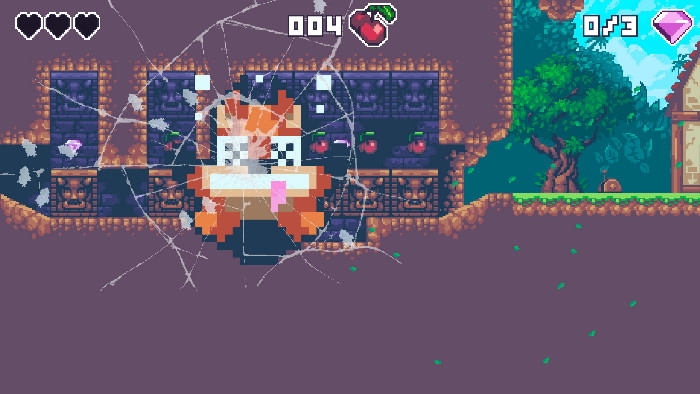 The 36 levels that the game has to offer will present you with a nice difficulty curve that will increase bit by bit as you go. The first handful of levels feel like an extended tutorial since you’ll have some signs here and there that will let you know how to control Foxy Fox, and what objectives you need to complete. You will also be introduced to new enemies to avoid or defeat, mixed in with the hazards I’ve mentioned before. It’s a nice 2D platformer that will not overwhelm players. 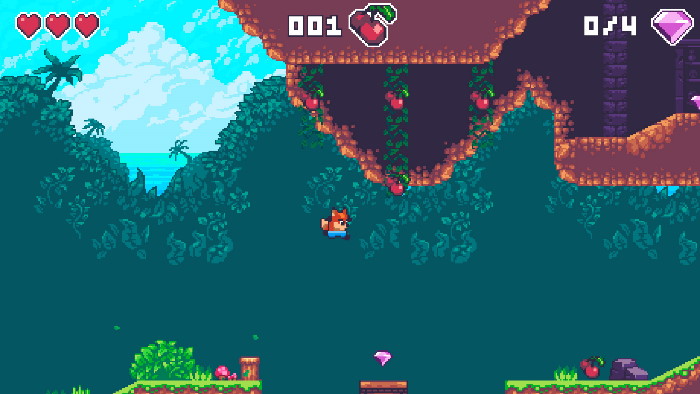 FoxyLand has a full trophy list with a shiny Platinum for you. In fact, it has two Platinum trophies since the trophy lists for the PlayStation 4 and the PlayStation Vita versions are separate! On top of this, the trophies are split into two Bronze, one Silver, and eleven Gold trophies. The trophies will be awarded for dying for the first time, collecting your first cherry, collecting your first gem, collecting 50 and 100 cherries, buying an item from the shop, completing a level with three stars, completing 5, 10, 15, and 20 stages, and for defeating the different enemies you will go up against. 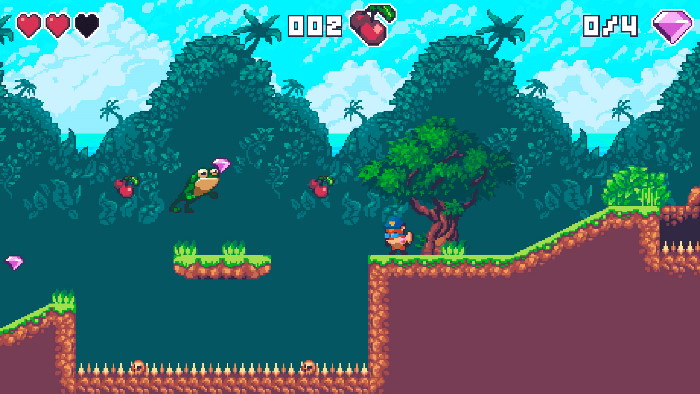 Disclaimer
This FoxyLand review is based on PlayStation 4 and PlayStation Vita copies provided by Ratalaika Games.

Our HUGE Holiday Giveaway Has Been Upgraded