If you like 8-bit retro-style platformers, then you are in for a treat with Venture Kid. Learn more about it in our Venture Kid review!


There’s something I need to get out of the way before I continue with this Venture Kid review: the game is a short one. It won’t have dozens of levels for you to complete, but the time you do spend playing the game, you’ll be having a lot of fun. Venture Kid is also very challenging, so unless you’re a pro at games like Mega Man – a challenging franchise from which Venture Kid has drawn inspiration – you’re not going to finish this one in an hour or two. If challenging 2D retro platformers are your thing, then Venture Kid is one you need to check out. 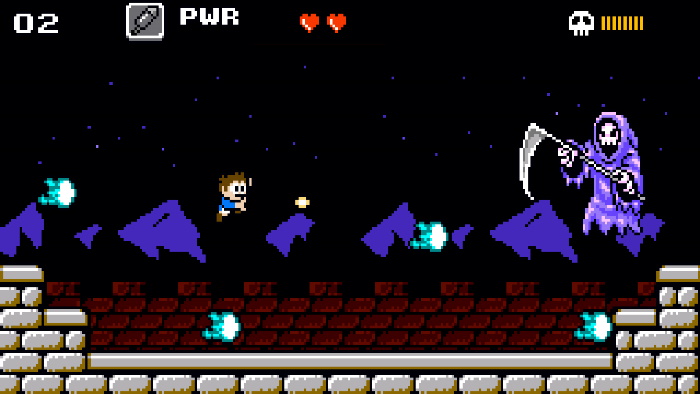 Doctor Teklov, a scientist, has set out to build a weapon of mass destruction. Your goal is, of course, to stop Dr. Teklov before he can succeed. You will need to help Andy complete the game’s nine stages to defeat Dr. Teklov, in this game that, as I mentioned before, will remind you of the Blue Bomber’s adventures. You’ll be running and jumping, attacking any enemy that stands between you and the final area of a stage. 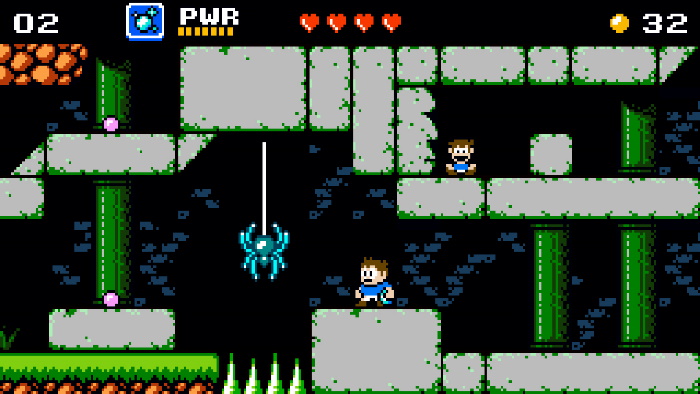 Andy will have a blaster he can use to shoot enemies, a very useful weapon since it has unlimited ammo. As you defeat each of the bosses in the game, you’ll end up gaining a new power you can use to gain the upper hand when battling regular enemies and the other bosses in the game. Each of these powers has limited ammo, which is the game’s way of balancing things so that you don’t end up being overpowered, which would not be fun anyway. If you lose some of your health, you can be on the lookout for the hearts that will heal you. There’s usually a heart here and there that you can grab to recover, and when you defeat enemies, you have a chance of getting a heart as well. 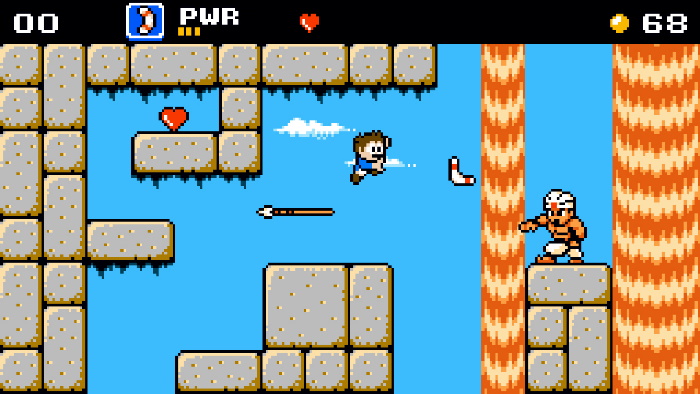 As you explore each of the levels, you will run into many different enemy types that will be out to get you. You will need to pay attention to their movement and attack patterns so that you can be ready to counterattack when they move in closer. Some of them will try to fool you into coming closer so that they can attack you, but as long as you pay attention, you’ll be able to spot them before it is too late. There are also some cheap deaths here and there, as one would expect from a 2D action platformer. 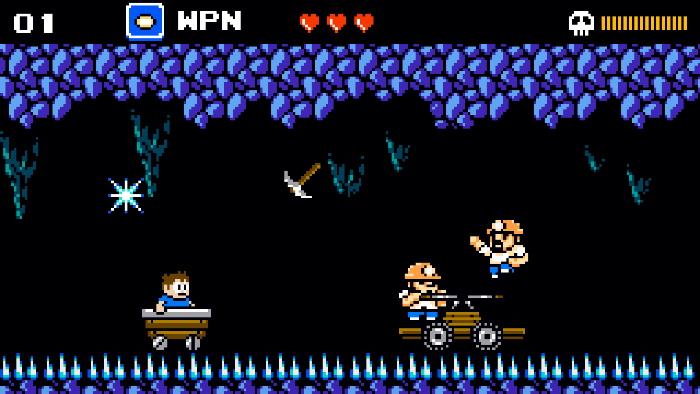 The game might be a short one, but it does have an in-game achievements system that will keep you coming back for more. If you’re the type of gamer who likes to 100% a game, then you’re going to have to do everything the game asks you to do in order to get every single achievement. These include completing each of the game’s stages, defeating a ton of enemies, using the orbs you collect to purchase stuff at the store, as well as finding all of the hidden golden treasures that are not part of the main adventure. 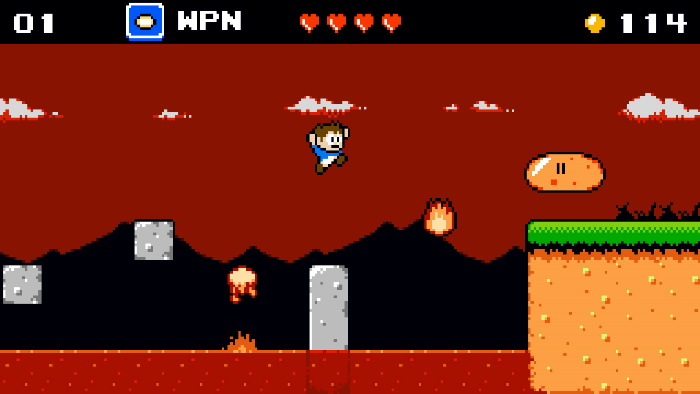 If you’re up for playing a challenging retro-styled 2D action platformer, and you’re a fan of the Mega Man series, then Venture Kid is a game you have to play on Nintendo Switch. The game is out right now on Nintendo’s console for a budget price of only $10, and for this, you’ll get around 2-3 hours of fun gameplay, and a bit more time on top if you want to 100% the game. 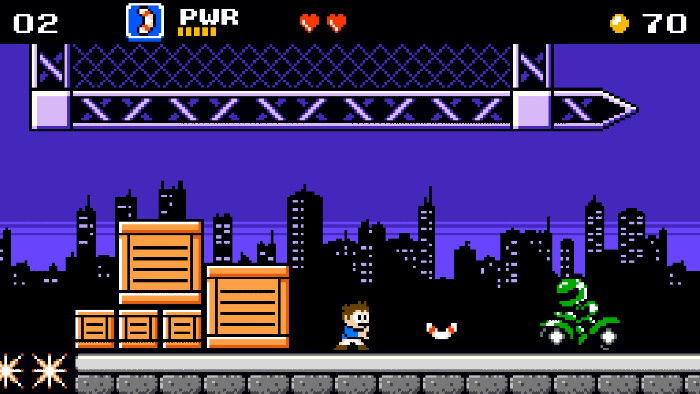 Disclaimer
This Venture Kid review is based on a Nintendo Switch copy provided by FDG Entertainment.

[PS4Blog.net Interview] Infuse Studio On Spirit Of The North