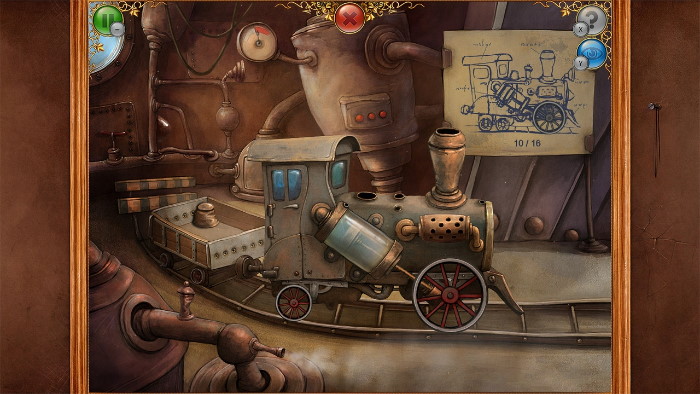 In The Tiny Bang Story, everything was going well in Tiny Planet until a meteor hit it! Because of this the world ended up falling into pieces – quite literally – so your tasks will be to restore Tiny Planet to its former glory, helping out its inhabitants by fixing some machines and mechanisms here and there as you solve a good variety of puzzles – more than 30 puzzles in total – over five chapters. 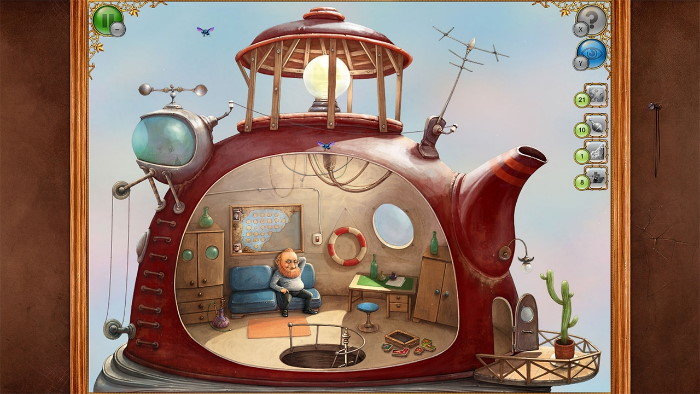 As soon as the game loaded the first screen, I was presented with a short tutorial to let me get the hang of things. This short section showed me how I could control an on-screen cursor with the left analog stick, interacting with things with the A button as I collected some items needed for solving a puzzle. I also got to press some buttons to open new paths, collected some puzzle pieces, and obtained all the items listed on the right side of the screen, which also displayed handy counters for each of the items so that I could know how many were left. I could also use the Nintendo Switch’s touchscreen when playing in Portable or Tabletop mode to play the game, which sped things up considerably. 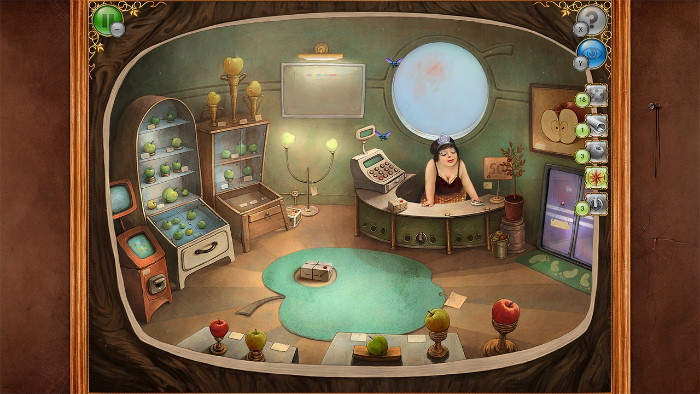 It turns out this is the main gameplay loop for The Tiny Bang Story, so you’ll be doing the same for each of the game’s five chapters as you get to enjoy the great art and interacting with funny characters that inhabit this tiny world. The Tiny Bang Story has no in-game text, which is a good thing since this one offers a family-friendly set of puzzles, so even the young ones can help to spot items and puzzle pieces since they don’t need to know how to read, which is definitely a big plus. 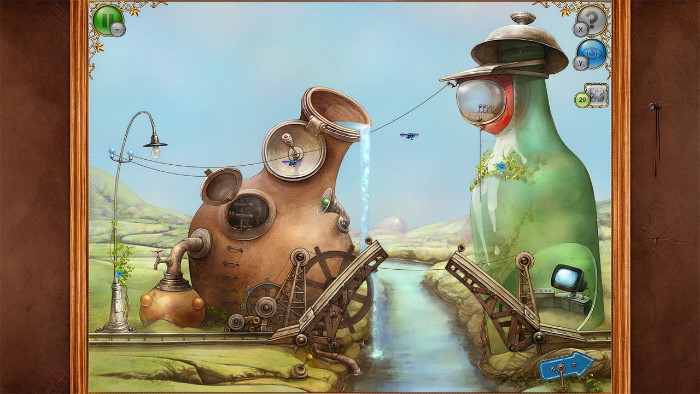 Without spoiling too much, I’ll talk about one particular puzzle that needs to be solved. I had to get to the top of a building, but when I pressed a button to enter a door that would take me to a room higher up in that building, I realized that the ladder at the top was missing several rungs, and this is when the game added the ladder to my “to-do” list on the right side of the screen. I was then tasked with finding five rungs so that I could complete the ladder and carry on. 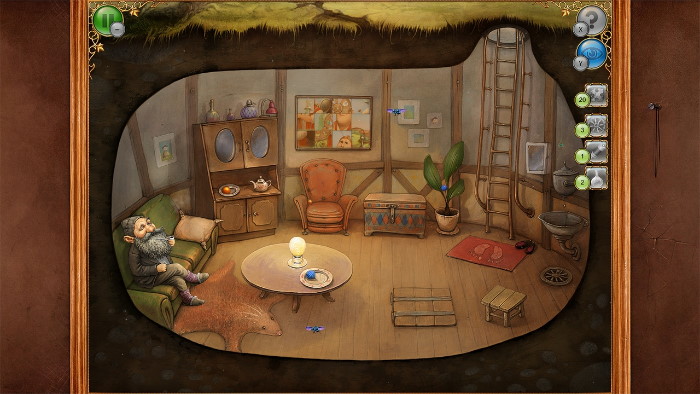 The Tiny Bang Story is a condensed point and click adventure game that is charming and entertaining from start to finish. Players of all ages and skill levels can take on this one since the puzzles won’t ever feel overwhelming, and because there’s no text to read, so even the young ones in the family can help. If you’re ever stuck, just be sure to click on the little bugs that pop into the screen so that you can fill up the hint meter in the upper right corner of the screen. Once it’s full, you can press the X button or click on the icon to receive a hint as to what you need to do next in that particular screen. It’s a fun one that should take you around 4-6 hours to complete, and it’s only $9.99 on Nintendo Switch. 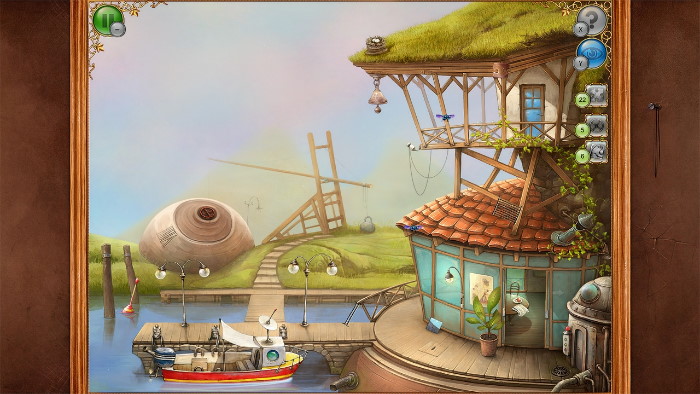 Disclaimer
This The Tiny Bang Story review is based on a Nintendo Switch copy provided by Ellada Games.