Spaceland from Tortuga Team and Ellada Games is a turn-based strategy game with a sci-fi theme. Learn more about it in our Spaceland review!


As Space Rangers, you were out patrolling in the name of the Star Federation when, for some reason, the navigator started acting up. While trying to take care of a distress signal, a huge storm pops up, and you end up caught in a hurricane. As you can probably imagine, this ends up being too much for the spaceship you were traveling in, which is why it ends up crashing on the planet’s surface. With your partner gone and after being knocked out for several hours, you decide to set out and try to find whoever activated the distress signal. 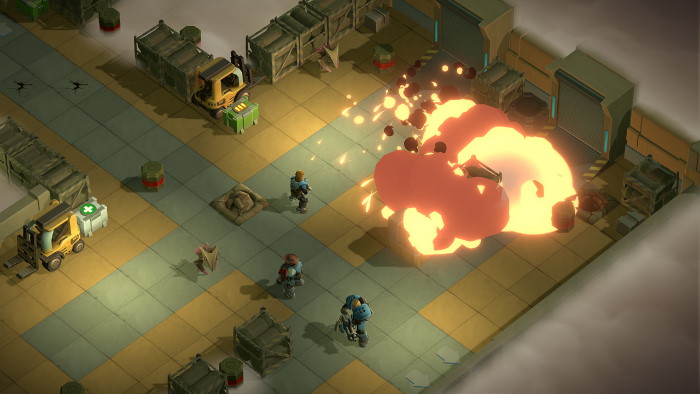 The first thing you will do before can start to play the game is select between the two difficulty options.: Easy for those new to strategy games, and Normal for players who are familiar with the genre. Since this is a strategy RPG, you’ll be taking on turn-based combat. Each of your team members, as well as the enemies you will face, will have a certain number of action points to spend. You’ll need to make good use of the ones you have so that you can move around each area, targeting enemies and attacking them as needed. 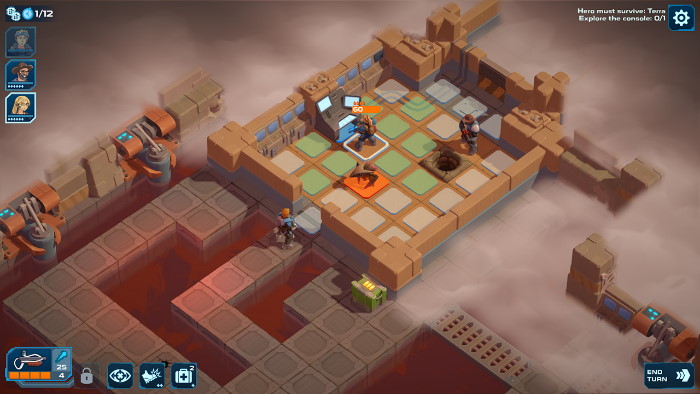 You can’t just attack all enemies during each of your turns because your team members’ ammo is actually limited. Because of this, you will need to find the special ammo crates dotted out on each area so that you can reload your weapons before you find yourself surrounded by enemies with no ammo left. Each of your team members will have a different type of weapon to use, and depending on what it is, you might need to get closer to an opponent in order to maximize your damage output.

You will also need to pay attention to the enemy type – or types – you’re dealing with in each scenario so that you can prepare accordingly. Facing up against small creepers is probably not going to end up with one of your party members dead… but that could very well be the outcome of a battle if you’re not careful! As you move around each stage with the left analog stick or the D-Pad – you should go with the left analog stick – you will need to take into consideration how far you can walk and if you can still attack any of the enemies in the area without leaving yourself open for a world of hurting. 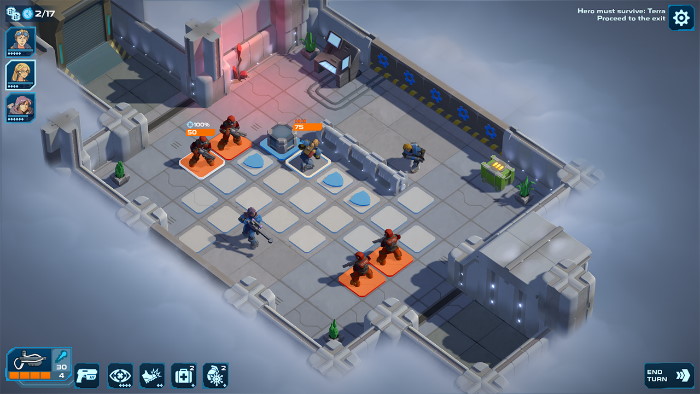 Each of the hero characters you will get to have as part of your group will have different weapons to attack enemies, as well as different skills you can take advantage of in the heat of battle. Take, for example, Barret. With Barret, you can rest assured that you’ll be able to deal considerable damage from a short distance since he packs a powerful and deadly shotgun. But because of this, you will always need to put Barret in a bit of extra risk if you want to be able to maximize his damage output. 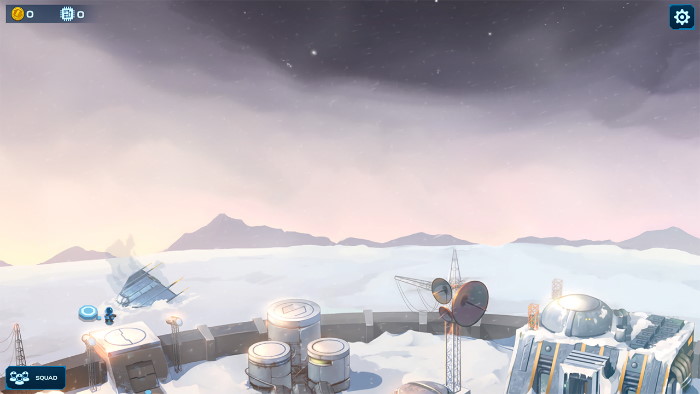 After completing a level, you will be rewarded with chips and coins based on your performance. You will receive these for completing a level, for having all of your team members survive that stage, for completing the level below a specific limit, for killing all monsters, as well as for discovering some secrets here and there as possible. You can replay stages in case you want to improve your performance, which is usually possible after you learn what you’re going up against in each battle.

You can use the coins and chips at the Workshop to fix up any equipment you’ve found so that your team members can use it to boost their stats. For example, the first weapon you’ll be able to salvage is an Assault Autorifle, which can give Jim a +5 damage boost. This particular gun also has an extra mode called Burst that can allow you to deal at least double damage by using fewer action points. You should also spend some coin right away to get the Sturdy Jacket for Jim since it will give him a +10 boost to his health, which is a nice bump for the first part of the game. 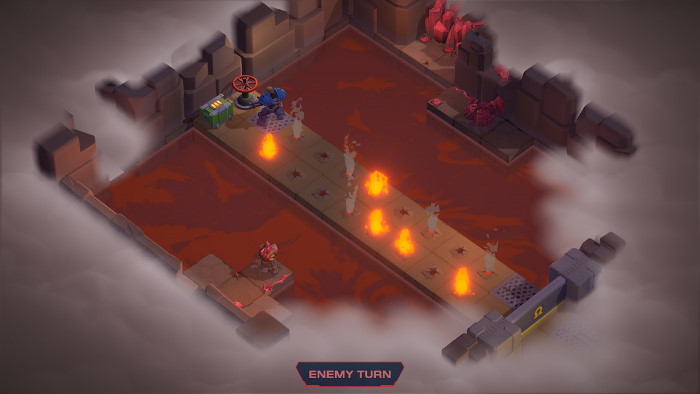 On the map from which you decide which mission to take on, you can press the Y button to then access your Team section. Once in here, check if any of the team members have a dialogue bubble on top of their heads with a red exclamation point. What this means is that there’s a potential interaction between two characters, so be sure to press the X button so that you go into the Report menu, and see which of the other team members that character can interact with.

As you defeat new enemies, they will be added to the Encyclopedia under the aptly titled Enemies section. Here you can check their stats – range, health, action points, attack points, and if they have anything for the kinetic damage, kinetic armor, plasma armor, or explosion armor stats. The Encyclopedia also hosts a Drone Records section in which you can review any additional data that can help to paint the picture of what life at the location you’re exploring was like before your accidental arrival. 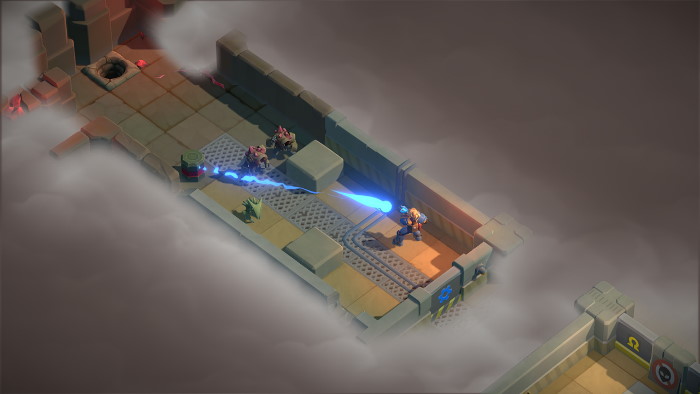 Spaceland is a fun strategy RPG with a sci-fi theme. Its turn-based nature makes it an easy game to get the hang of after a couple of battles, and once you add more members to your team, you’ll be able to mix and match the group you take into subsequent missions. You’ll also get to apply the added expertise to replay previous stages so that you can aim at 100% the game, collecting all chips and as much coin as possible. It might end up feeling a bit easy for those of you with years of experience in the genre, but it’s an overall entertaining experience to play at home or on the go on Nintendo Switch, all for $14.99.

Disclaimer
This Spaceland review is based on a Nintendo Switch copy provided by Ellada Games.