Monaco: What’s Yours is Mine from Pocketwatch Games was originally released many moons ago back in 2013. It’s now found its way to the Nintendo Switch as Monaco: Complete Edition and, as the name suggests, it includes everything the base game has to offer and then some. You’re getting the main game, a zombie-themed campaign – which changes the game’s name to Zonaco: Your Flesh is Mine-, a final chapter that bumps up the difficulty, and more. The game features a minimalist art style that I really liked, as it allowed me to focus on the stealth and action elements as I took on the different missions in single-player, as well as when diving into the multiplayer side of things. 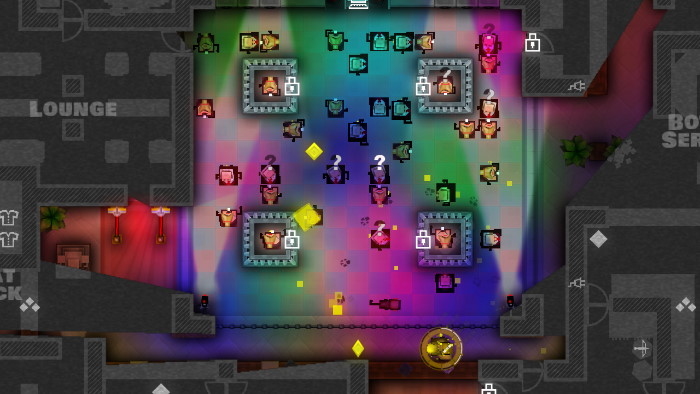 If you’re not familiar with Monaco and its gameplay mechanics, the game will kindly throw you into what is essentially a tutorial mission so that you don’t go into Monaco: Complete Edition without having the slightest idea of what does what. You can move around with the left analog stick – or the D-Pad- sneaking with ease by pressing and holding down the ZL button or the B button. You can aim your gear with the right analog stick, in a way similar to what you’d do in a twin-stick shooter game, and use your gear either with the X button or the ZR button. 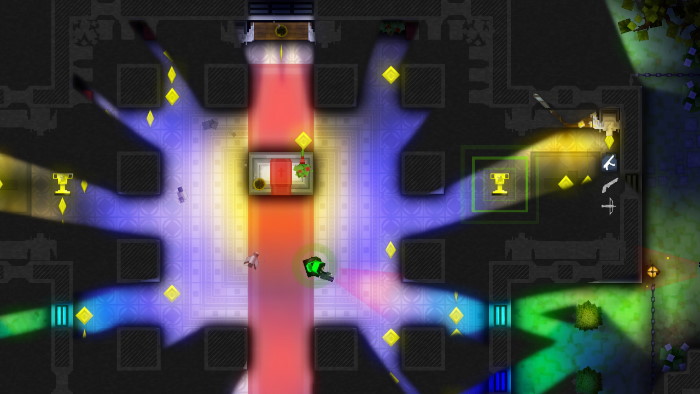 When playing through the single-player campaign, you will get a chance to play as each of the characters the game has to offer. First up will be the Locksmith, who, as the name suggests, is an expert at opening locks that would otherwise remain as is, opening locked doors and safe with ease at a considerably faster rate when compared to other players. You will carry on with the Locksmith’s story as you unlock new branching paths that will show what’s you how each of the characters sees things on a relatively different level.

Along with the aforementioned Locksmith, there’s also the Lookout who can detect enemies in the distance while sneaking around, the Pickpocket, who has a pet monkey who can help collect loot while you carry doing your thing; the Cleaner, who can knock out unsuspecting enemies, the Mole who does its name justice by burrowing down into the dirt, the Gentleman, who is the best at disguises, the Hacker, who commands viruses to do his will, and the Redhead, a murderous and manipulative lady who always gets what she wants. 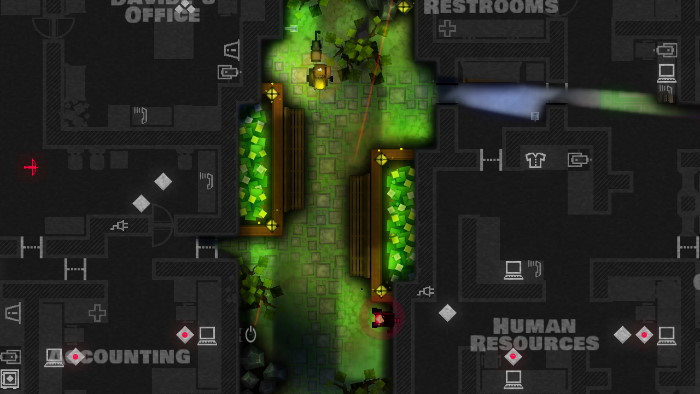 As you play, you will notice that you can’t see the entire map as you walk from area to area. Whatever areas are not within your immediate visual radius will be greyed out, marked only by their name. Take, for example, one of the earlier missions. You’ll be trying to break out a potential criminal partner, and for this, you’ll need to hijack the transport that is taking him to a new prison. You will be going through a train depot, so you will see areas marked off as cargo train, freight train, the passenger train, etc.

There are many things to do in Monaco: Complete Edition on Nintendo Switch, and you’ll be coming back for more and more as you try to unlock all of the in-game achievement objectives the game has to offer. There are different goals you’ll to complete so that you can obtain each of the thirteen achievements, which include finishing the prison break with as core under 1:10, killing everyone in a mission, completing Banque Albert without being seen, reviving an online teammate, or winning an online PvP match, to name some examples. 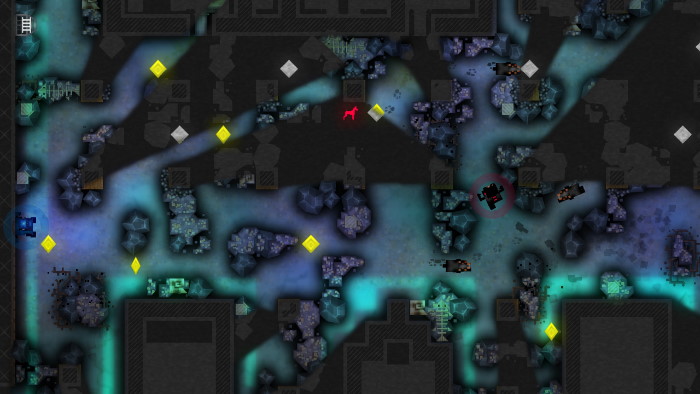 Monaco: Complete Edition was a ton of fun to play on Nintendo Switch. It’s a very enjoyable game to play at home or on the go, with a minimalist art style that presents enough information for you to know what you need to do, while also making it very easy for you to focus on the action at any given time. We’re getting the definitive version of the game with all the years of patches to squash bugs, the extra zombie mode campaign, a bonus chapter, and more, which is why this one is called the Complete Edition. 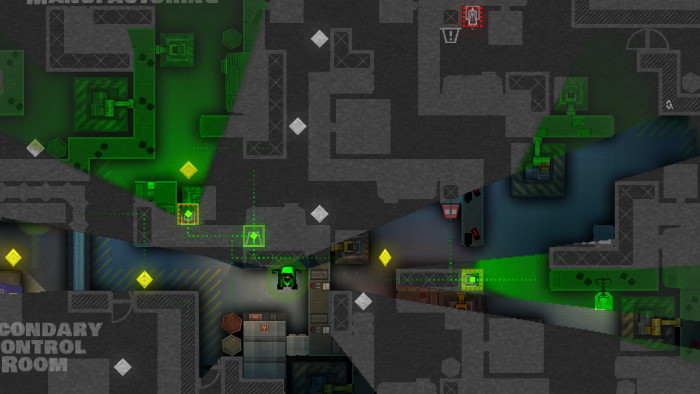 If you’re the type of gamer who likes to 100% games, I suggest that every now and then, you press the A button as you go through a section so that you can see how many coins there are left to collect. That way, you will get all coins in the area, effectively “cleaning it out,” bringing you one step closer to that 100% completion. Add the fact that you can play the game on your own in single-player, with friends in local co-op, or take things online to play with people from around the world, and this $14.99 indie release is a steal on Nintendo Switch.

Disclaimer
This Monaco: Complete Edition review is based on a Nintendo Switch copy provided by Pocketwatch Games.

PS4Blog.net 2019 Gaming In Review: What Were Our Best PS4 and Switch Games This Year? – Part 2