Are you ready for some retro-style punching out on Nintendo Switch? Then be sure to check out our Creepy Brawlers review!


Creepy Brawlers from Mega Cat Studios is a new Nintendo Entertainment System game that is available physical as an actual NES cartridge you can play on your console – you can check that version out right here. What is Creepy Brawlers, you ask? It’s a game that is basically saying “what if Punch-Out! but with movie monsters?” The story setup for this one is that you’re sitting comfortably as you watch an old-school classic monster movie when a spectral hand pulls you into the silver screen, sending you into a supernatural championship tournament in which your fists are the only thing that can save you on this new Nintendo Switch version. 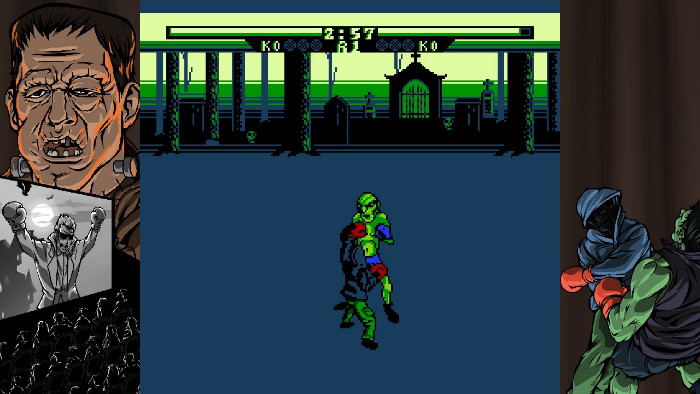 To do this, you will move your character left and right so that you can dodge as needed. The B button will allow you to throw a left hook, while the A button will do the same for your right arm. Pressing up and the B button will have your character throw a left jab at your opponent, while pressing up and the A button will unleash a right jab. If you need to duck out of the way, you can do so by pressing down on the left analog stick or the D-Pad, which will lower damage received by half. Sometimes when you dodge specific combos or attacks, your gloves will start to glow, which is your signal so that you can dish out a powerful counterattack. 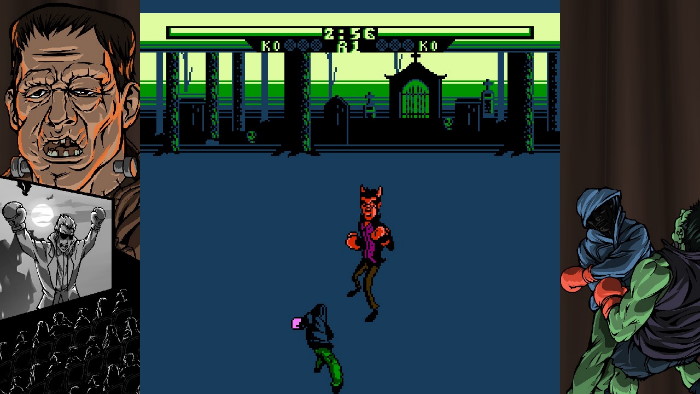 Since the game feels considerably different from Nintendo’s boxing classic, you should first go into the Training mode so that you can get the hang of things since timing is key for Creepy Brawlers. In fact, it will probably remind old-school gamers of Power Punch II, the game that was, at first, going to be a sequel to Mike Tyson’s Punch Out! There is no Power Punch prequel, so the “II” in the title is the developer’s nod to the original intention of that game – protagonist Mark Tyler, and all. 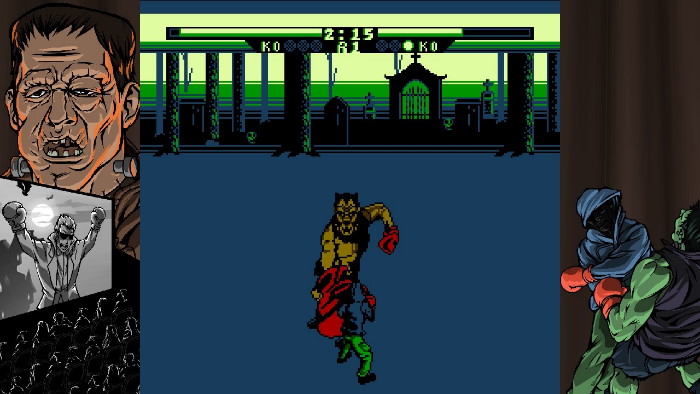 You’ll need to pay attention to your opponent’s movement and attack patterns so that you can find the right window of opportunity to counterattack. Odds at that you’re going to lose some fights as you battle a new opponent for the first time since you have no idea what to expect from a battle. While you’re keeping things classic by using your fists to do the talking on the ring, your opponents are not as orthodox. There is, for example, a crazy bride who will be using a knife to kill you. 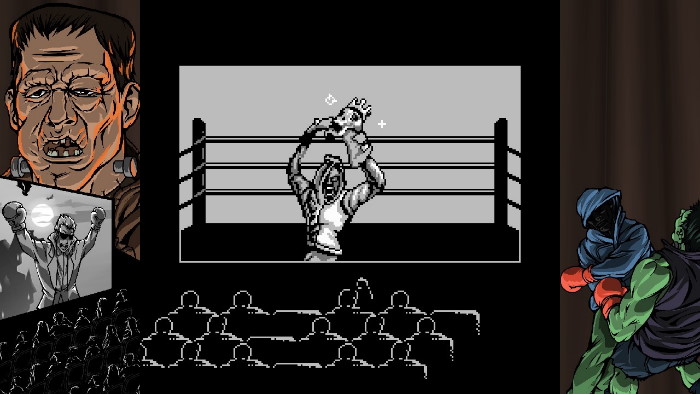 Creepy Brawlers is a hard one to recommend on Nintendo Switch. While the game was originally released on a Nintendo Entertainment System cartridge, developed under the limitations of Nintendo’s first home console, its transition to the Nintendo Switch has not been a successful one. This is not because the port is bad, but because the original game lacks the finesse, animation, and quality of the classic Punch-Out! franchise. Your opponent’s animations are weird, and your punches will feel as if they’re not doing much damage, if at all. Sometimes you’ll throw a punch that should have hit an opponent to knock them out of their attack animation, only for it to follow through and hit you because there’s no stopping it’s attack animation. The game is out for a budget $4.99, which is not a bad price, so your mileage may vary. 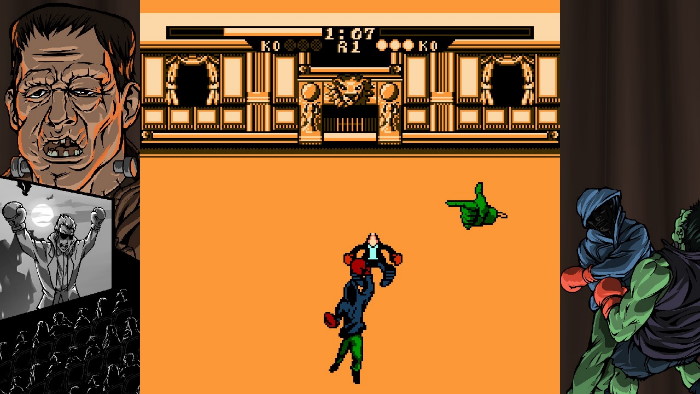 Disclaimer
This Creepy Brawlers review is based on a Nintendo Switch copy provided by Mega Cat Studios.

Pillars of Eternity II: Deadfire – Ultimate Edition Out In 2020