As the name suggests, in BlazBlue: Cross Tag Battle from Aksys Games, you’ll be taking on 2 vs. 2 fights in which you can swap between two selected characters, while your opponent will get to do the same, as you each try to knock out both members of the opposing team. Once one character has lost all its health, it will be removed from battle, and the remaining character will need to try to have what it takes to survive and reverse the tide of battle to become victorious. It’s a very fast-paced and fun fighting game that shines on Nintendo’s hybrid console. 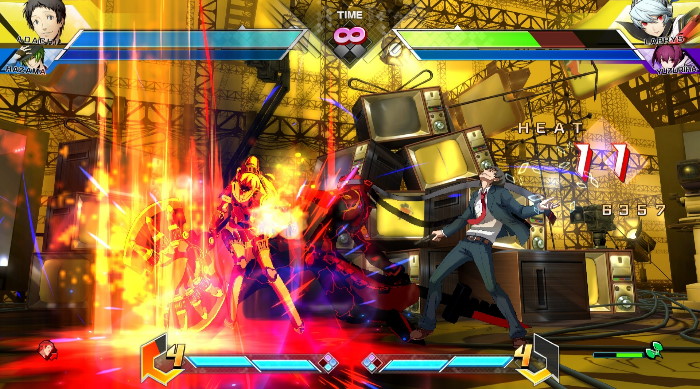 BlazBlue: Cross Tag Battle originally released on the Nintendo Switch back in June 2018, and since then, it has received a series of DLC packs that have added new fighters. This fighting game started with representatives from the BlazBlue, Persona, and Under Night In-Birth, which have seen previous fighting entries of their own, as well as characters from popular web series RWBY. Along with free DLC characters Yang Xiao Long and Blake Belladonna from the RWBY series, there have been seven DLC packs with new fighters, available at $4.99 for the first six sets of three characters each, and for $9.99 for the seventh set which has four fighters, including one from the Arcana Heart universe. 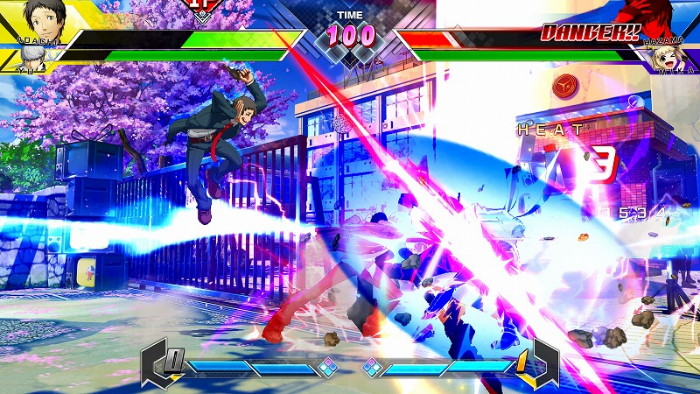 And then there’s the new Version 2.0 Expansion Pack for the game which released a few weeks ago. For this massive pack, which is priced at $24.99, BlazBlue: Cross Tag Battle gets nine new fighters added to the roster: Yumi from Senran Kagura Estival Versus, Neo Politan from RWBY, Akatsuki and Blitztank from Akatsuki Blitzkampf, Celica and Susanoo from BlazBlue, Elizabeth and Adachi from P4AU, and Hilda from Under Night In-Birth. On top of this, the Version 2.0 Expansion Pack also adds new gameplay systems, scenarios, character interactions, and colors.

Those of you with the retail version of the game can add the Expansion Pack for the $24.99 asking price, but if you’re new to this particular fighter, you might want to get the Special Edition from the Nintendo eshop. This includes the base game, all seven previously released DLC packs, the two free fighters (of course), all three DLC color sets, as well as the Version 2.0 Expansion Pack and its extra characters, systems, scenarios, and more, all for only $49.99, which is certainly a lot of bang for your buck! 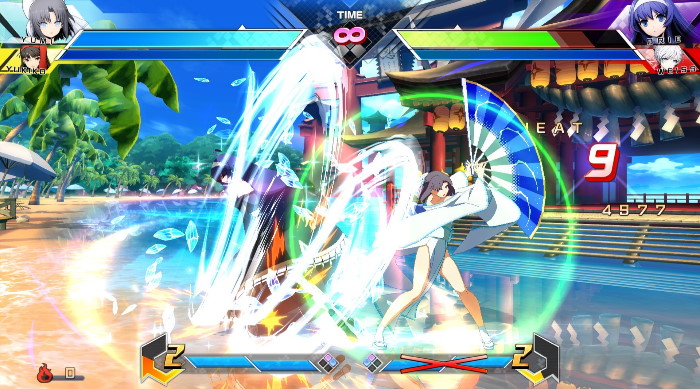 The game features a Training Mode for you to practice your moves, a V.S. Mode to fight against A.I. controlled opponents or against humans, a Tactics Mode for you to learn a ton of stuff for BlazBlue: Cross Tag Battle – more on this in a bit -, a Survival Mode where you will have to face off against a ton of foes with a limited amount of health to see if you really have what it takes to be the best, a Gallery Mode to view all CGs, movies, and guest illustrations or the game, and a Replay Theater so that you can view and manage any replays so that you can pick up new fighting strategies or just show off a bit. There’s also a whole Online Network Mode for you to battle against players from around the world so that you can try to climb up the rankings. 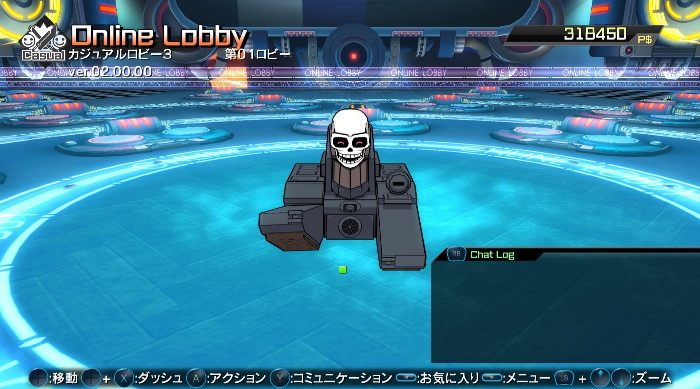 Going back to Tactics Mode, I wanted to take a moment to talk a bit about some of the stuff you can learn in it. You will, of course, move your character with the left analog stick or the D-Pad, pressing backwards to block any incoming attacks. You can also crouch for a brief moment to then quickly jump up in the air by pressing up, which will allow you to do a high jump. As your characters take damage, you should pay attention to the red part of their health gauge since, if you swap them out, they’ll be able to regenerate that bit while not in active battle. Each fight will have a time count, and when that count hits zero, the player with the most health, after adding up the health of any remaining fighters in the team, will win. 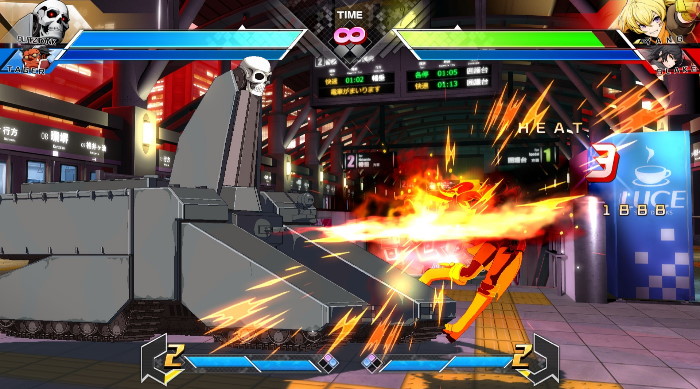 As you battle and land attacks – or receive some – you will start to fill up a Skill Gauge, bumping up the number next to it by one when the gauge fills up completely, up to a maximum of five. Each of those will be consumed when you activate things such as Extra Skills or Distortion Skills, which can greatly improve your odds of winning the match. On top of this, there’s also the Cross Gauge, which dictates how much you can use special cooperative actions with your partner to call it into battle.

Attacks are mapped to the Y, X, and A buttons, and correspond to Attack A, Attack B, and Clash, respectively. When you land an attack with Attack A or Attack B, you can continue to press the same button to land a smart combo. Pressing the A button while standing will unleash a Clash attack, which will allow you to land a separate combo in which your partner can join in if available. Pressing the Clash button while crouching will let you sweep your opponent’s leg, knocking it down. Pressing the Clash button while in the air will perform a jump Clash attack, which is a good way of quickly moving back down to the ground while attacking. 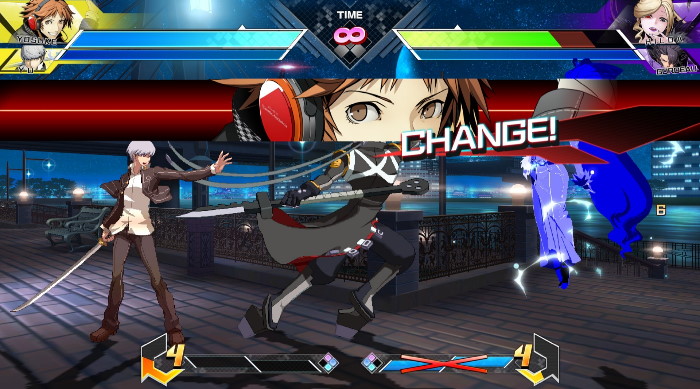 The B button is your Change button, and it will make it possible to call in your partner so that it can take over. The R button can be pressed to call in your partner so that it can perform a Partner Skill, a powerful attack that can help you extend your combos. The Change button is also very useful when you’re defending since pressing that, and the Y button at the same time will perform a Reversal Action. When activated, a Reversal Action will make your character invulnerable so that you can cut through an opponent’s attack to dish out some hurting of your own. You can grab opponents by pressing the X and A buttons, and you can also use this to step away from an enemy’s grab. There’s also the reject guard, which is activated when pressing the A and D buttons while guarding an attack, effectively pushing your opponent away from you, as long as you have at least one bar of the skill gauge full. 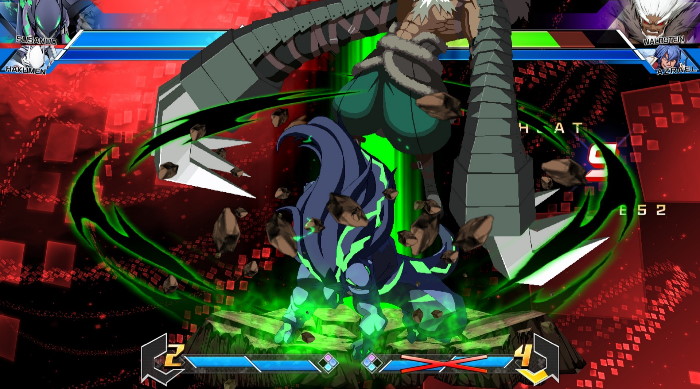 When you only have one character left, pressing the R button will allow you to enter Resonance Blaze mode, which will enhance your character for 15 seconds. When Resonance Blaze is active, your red health will recover bit by bit, you will do more chip damage – the damage your opponent receives when it blocks your attacks -, your skill gauge will fill automatically, and skills can be canceled into distortion skills to keep your opponent guessing. Along with all of this, pressing down three times along with the X and A buttons while Resonance Blaze is active will allow you to unleash a powerful Astral Heat attack that can clear a big chunk of your opponent’s health bar – in fact, if you land one of these, you’ll get an instant win! It’s not an easy thing to pull off, but when it lands, you’ll be set! There’s plenty more to learn in BlazBlue: Cross Tag Battle, but this is a good way for you find out what you’re getting yourself into for this fighter. 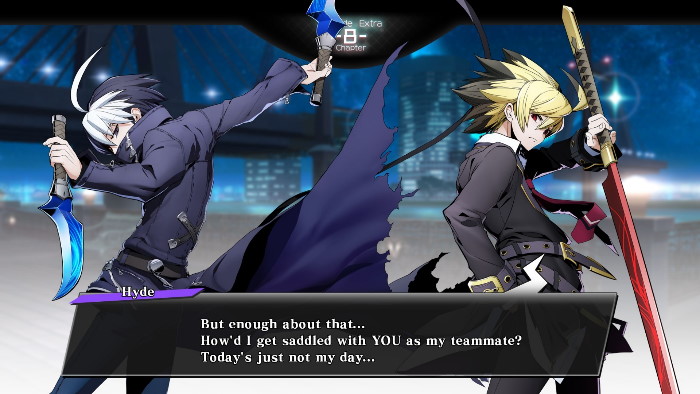 And then there’s Episode Mode. Episode Mode is the story mode for BlazBlue: Cross Tag Battle, in which you’ll get to experience a short Prologue as Ragan from the BlazBlue series before being given a chance to take on different chapters for the four main franchises represented in the base game – which, in case you’ve forgotten, are the BlazBlue, Persona 4, Under Night In-Birth, and RWBY series. There’s a ton of dialogue in this one, all punctuated by the great voice acting work, making it feel like a visual novel/fighting game mash-up, in something that is a bit similar to the Persona 4 Arena experiences.

The money you collect can be used at the Item Shop to purchase different Lobby Avatars that represent each of the available fighters in BlazBlue: Cross Tag Battle, a bunch of icons at the Icon Shop, as well as different plates at the Plate Shop for the Blazblue, Persona 4, Under Night In-Birth, RWBY, Senran Kagura Estival Versus, and from Akatsuki Blitzkampf. There are also some frames at the Frame Shop from each of the aforementioned series, along with new color swaps for each of the fighters, and you can also add more colors for all fighters by way of DLC. 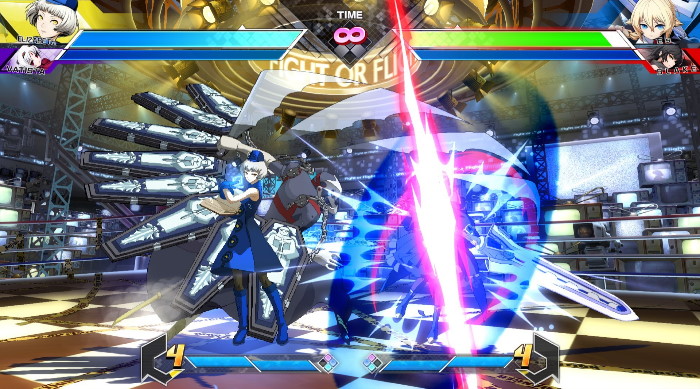 BlazBlue: Cross Tag Battle is an excellent fighting game on its own, and with the release of the 2.0 Expansion Pack, you can now get a game with a ton of characters, plenty of modes to experience – including a stellar story mode -, and lots of stuff to unlock, all for a very reasonable $49.99 on Nintendo Switch, or as a separate $24.99 DLC pack that adds nine new fighters and lots of goodies. This is an easy one to recommend to fighting fans who are looking for something to sink their teeth on for Nintendo’s hybrid console. Are you ready to battle? 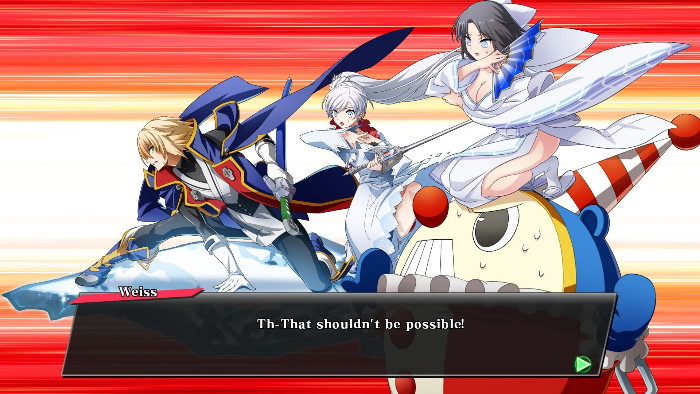 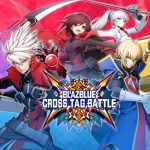 Excellent fighting game that just got even better

Disclaimer
This BlazBlue: Cross Tag Battle 2.0 Expansion Pack review is based on a Nintendo Switch copy provided by Aksys Games.

Tamashii Now Out On Nintendo Switch