Atomic Heist is a twin-stick sci-fi top-down roguelike in which you’ll control a spaceship to battle against the Rhaokyns. Learn more in our Atomic Heist review! 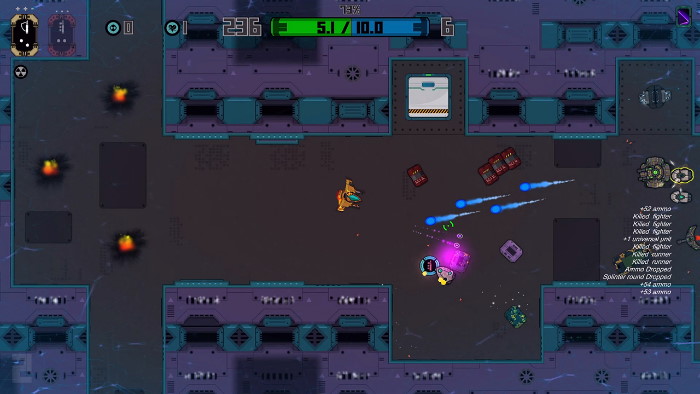 Six years have passed since the Delotian wars ended. Humankind managed to defeat the alien Delotians who had come to Earth, seemingly saving the day… or so it seemed. It turns out that the Delotians were actually trying to escape the real alien threat, but humans saw the Delotian and figured they were hostile. While the war with the Delotian is now over, the Rhaokyns managed to follow them to Earth, and you must now find a way to stop them before it is too late, and humanity is eradicated. 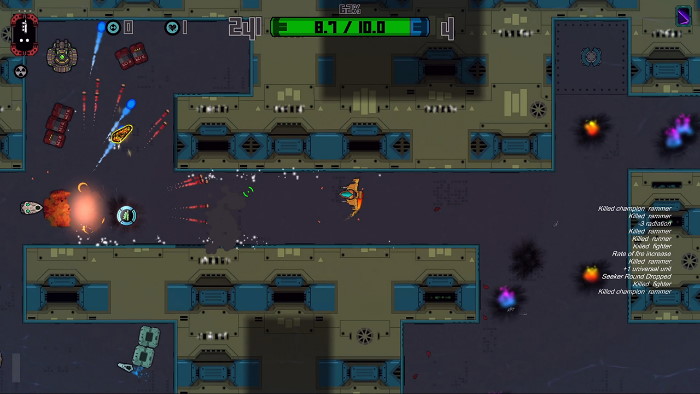 Before you take on this twin-stick roguelike, I suggest that you select the Tutorial from the main menu so that you can learn the basics. Since you’ll be playing a twin-stick game, that means you’ll be moving your spaceship around with the left analog stick while you use the right one to aim. The main goal of each randomly generated level is to find the door that acts as that stage’s exit. You can fire with the ZR button and can find power-ups that can increase your fire rate so that you can deal a ton of damage in a short period of time. This power-up can be stacked up to three times, so be sure to pick them up ASAP! You can actually change the fire rate of your spaceship by pressing right on the D-Pad, which is useful so that you don’t run out of ammo. 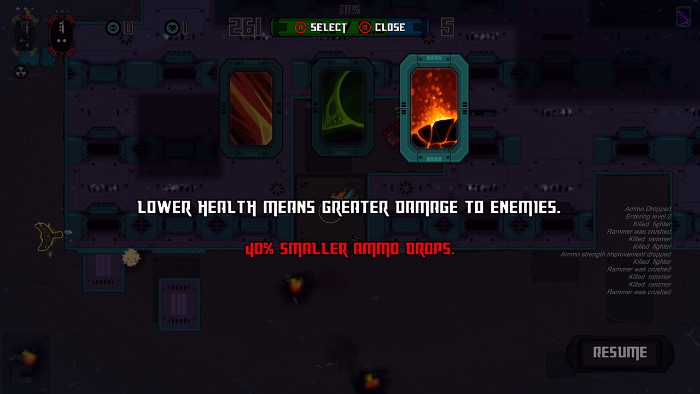 You can pick up ammo for new weapon types from the crates you destroy. You should always check the name of an ammo piece so that you can get an idea of what you’re going to be adding to your arsenal. You can change between the different ammo types on you by pressing up on the D-Pad. There is a power-up that can boost your fire strength so that each shot you land deals more damage – a power-up that can stack up to four times. There are also ammo pick-ups for other fire type attacks, which are very powerful but require a unit to be able to deploy them. You can see how many units you have by checking out the number to the right of your health bar. Something you need to keep in mind when attacking enemies is that if they have a yellow glow when hit, that means they’re strong against the weapon you’re using. 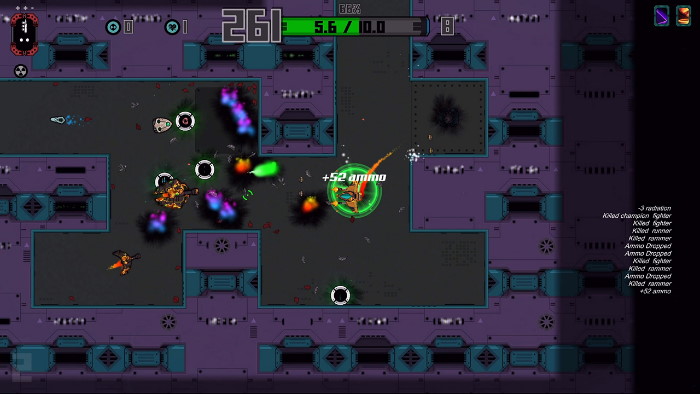 With Atomic Heist being a roguelike, you’re going to be dying a lot since, at first, you won’t be powerful enough to survive for too long. You must escape with a core, but since it is leaking radiation, you need to keep an eye on your radiation levels so that you can stay alive. You can collect power-ups that will lower your radiation level, but you will need to do this while also evading enemy attacks, as well as enemies themselves since they can come at you at high speed and ram into, thus dealing some extra damage. 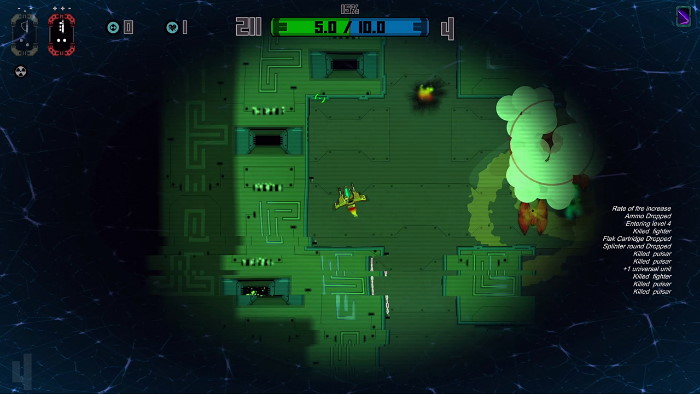 The spaceship you start with will have different stats for overall health, speed, ammo capacity, the number of units it can carry for alternate ammo attacks, and how many upgrade slots it has. It will also have a specific shot type, fire rate, and overall attack strength for you to consider. There are additional ships you can unlock as you play, as well as different ammo types to customize your loadout. You will also unlock the aforementioned upgrades, which you can slot in the corresponding slots to gain additional boosts or abilities. 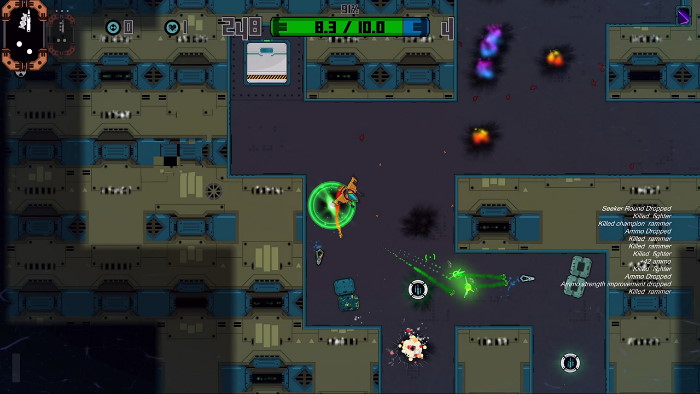 The more you play Atomic Heist, the more stuff you’re going to unlock for subsequent runs. You’ll see a pop-up, well, pop-up, so that you can know you have new stuff to check out. The more stuff you have access to, the better your odds of surviving. Getting some permanent upgrades that add extra universal units for you to use more alternate ammo attacks, receiving a boost to your overall ammo, or gaining a boost to your max speed can all be useful on their own, but when you combine them…

Atomic Heist is a fun twin-stick roguelike with a sci-fi twist, a lot of content to unlock, and randomly generated that will keep you coming back for more for a while! If you’re having trouble surviving for more than a handful of minutes, you might want to consider lowering the difficulty to easy in the options menu. If, on the other hand, you feel as if you are just going through the motions, you can bump the difficulty up to hard to see if you’re really as good as you think you are. If you’re a fan of twin-stick roguelikes, then you’re going to enjoy this budget $7.99 release.

Disclaimer
This Atomic Heist review is based on a Nintendo Switch copy provided by Drageus Games.

XenoRaptor Now Out On Nintendo Switch