We’re working on a review for Worbital, so I got in touch with Team Jolly Roger to talk a bit about the game’s development. Come check it out!

PS4Blog: Hi! Thank you for joining us this morning. Can you please help us get started by telling our readers a bit about yourself and your work?

Good morning, and thanks for having me! I’m Sasu Kemppainen, and I’m the lead designer of Worbital. I’ve been working as a game designer at Team Jolly Roger since 2013. My best-known project before Worbital is Interplanetary, a turn-based artillery strategy game set within a kind of a hard sci-fi-ish backdrop. Before joining Team Jolly Roger, around the time of the company’s formal inception, I, like most members of the team, graduated from the local polytechnic’s game development studies.


PS4B: On that note, Worbital has launched on PlayStation 4 and Nintendo Switch. How would you describe the game to someone who’s never heard about it?

It’s a real-time interplanetary artillery game peppered with cosmic chaos! Each player controls a planet, trying to destroy all the other player planets while defending their own, in order to be the last planet standing. To strip it down to bare essentials, players construct weapons, defenses, and other structures and target their cannons (mind the gravity!) at enemy planets to chip away their soil until their core becomes visible. A few more hits on the core will cause a planetary explosion with pieces of the planet flying all over the solar system! Those pieces might then hit other planets. Then they will explode. Then the sun will explode. Then the fun begins! 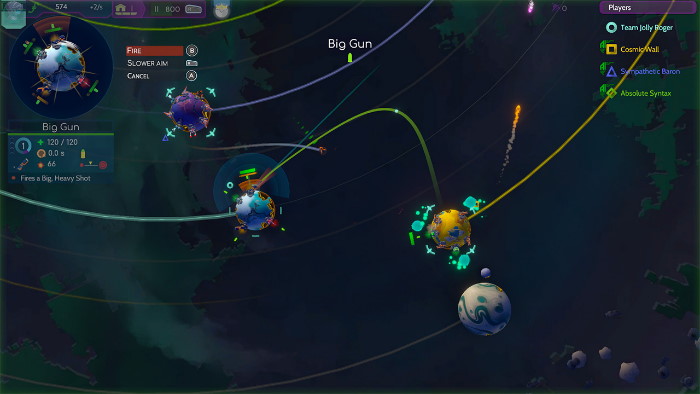 PS4B: How long did it take the team to develop the game? Were there any hurdles or challenges you had to overcome?

We started actively developing it around 2 years ago, but the first ideas of Worbital surfaced already in 2016. After the long project of Interplanetary and its Enhanced Edition, I started to get a little weary of its deliberate nature and seriousness. When the time came to start thinking about our next big project, the idea of Worbital just suddenly jumped up at me: “What if we just relax and make a crazy space artillery game out of all the things we couldn’t put in Interplanetary?”. Let’s just blow up planets and make as many crazy guns as we feel like and come up with funny justifications for them later! We’d had a lot of people asking us to add weapons and features to Interplanetary that just didn’t work with the concept or our resources, and those requests were probably one major thing that helped the idea pop out. 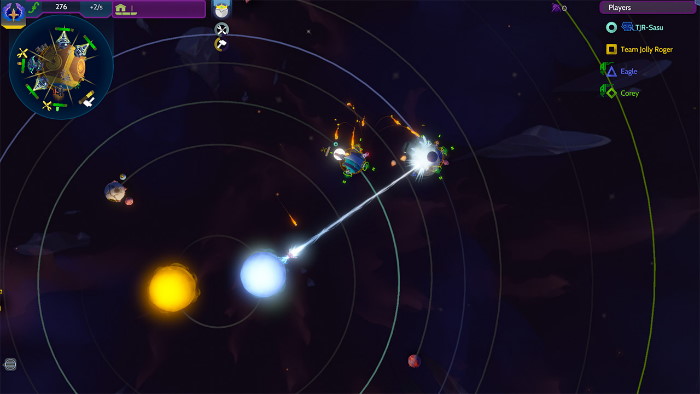 Comparatively, Worbital was a nice project to work on. I wanted to approach it so that we were kind of making it for our own enjoyment, and I think it worked out! Once we started to get playable versions working well enough, we started to have fun playing it ourselves. It actually got a bit too distracting sometimes with everyone screaming at their screens when unexpected chain reactions or weapon interactions happened! But the fact that everyone enjoyed playing it early on meant that everyone understood what the game was about and what it needed. Design-wise, I didn’t need to enforce strict control over every idea or small adjustment. It was more free and loose because that’s exactly what Worbital is.

There were challenges, of course. In my opinion, the hardest part of the project was working with the UI. Not only is Worbital a pretty unique game, but it was also our first multi-platform game, requiring us to come up with solutions that work on various different input systems. The UI needed to accommodate for Local Play as well! In the end, I feel the user experience ended up being a bit unintuitive, but it works once the player understands the basics! 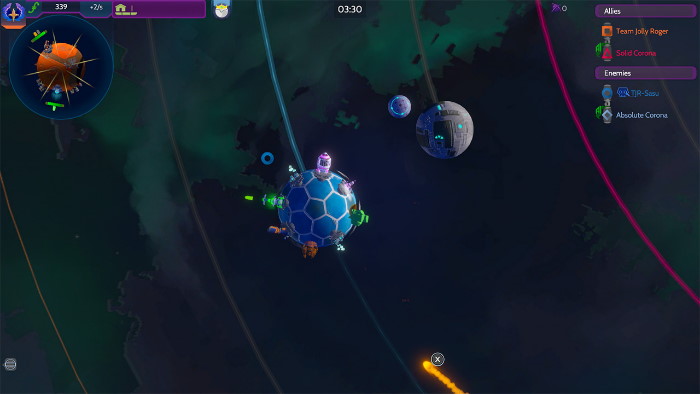 PS4: Are there any differences between the PlayStation 4 and the Nintendo Switch versions of Worbital?

As of right now, there are two main differences: framerate and crossplay. PS4 is locked to 60fps, while Switch is locked to 30fps. The Nintendo Switch is also the only console currently that supports crossplay in Worbital, so you can challenge PC players when playing with Switch. 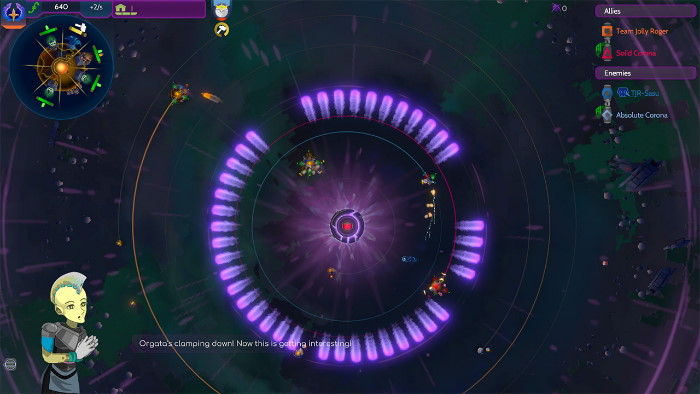 PS4: And that’s all the time we have for today. Is there something else you’d like to add before we go?

You can use many of your high-recoil cannons to steer your planet if you get derailed! I’ve noticed many beginners don’t realize this and just keep bumping into other planets whenever their planet leaves its orbit. In fact, you can position yourself right next to your enemies and ram them back!

Thanks again for the interview! 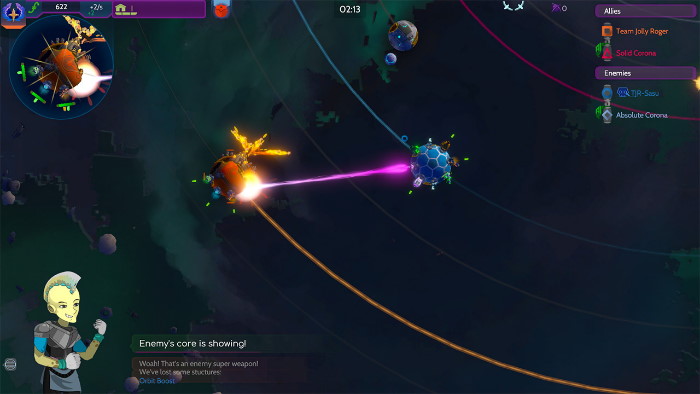