In Super Dodgeball Beats you will be hitting buttons on time with the beat to take down your opponents. In this music rhythm game, you’ll groove along to 18 songs in a very colorful package that is very easy to pick up and play. It’s a quirky but fun experience in which once the music kicks off, your team will start to act in time to the beat. 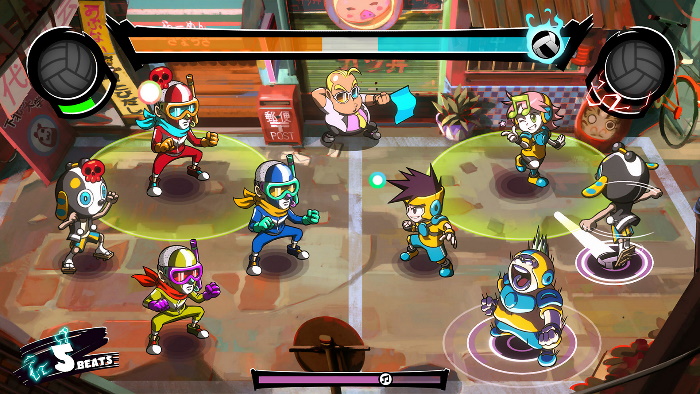 Each of your team members will be mapped to and match one of the buttons on the DualShock 4, which is great since you can then just focus on the music and the action as you get into a Zen-like state of mind, not having to look down at your controller. You will get prompts on the screen to know if you’re doing things with the right timing or if you’re a bit early or late so that you can readjust accordingly. 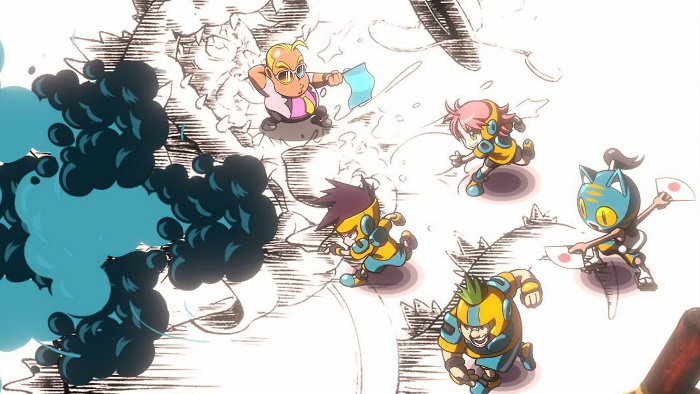 If you miss a beat, then your opponents will take advantage, with the bar moving backward or forward, depending on which side is winning the overall match. Miss one too many beats, and you’ll be going down, a swing and a miss. Keep going strong along with the beat, and your opponents won’t know what hit them. That’s the basic gameplay loop for Super Dodgeball Beats, making it easier for players of all skill levels to get a chance to enjoy this music rhythm game. Pros at the genre might feel this one is a bit too easy, but that shouldn’t be something that keeps you from trying Super Dodgeball Beats. 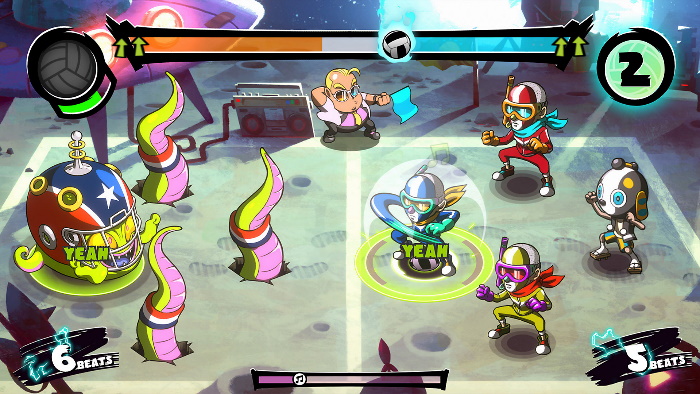 The beats vary depending on the song you’re taking on. Some will feature quick tap sequences, while others will include directional beats that involve you moving the analog sticks of the DualShock 4 in the direction of the beat and releasing them at the right time to be able to score a perfect beat. There are also longer beats that will ask that you press and hold down a button until a gauge fills up, and as you pay attention, you will need to release it at just the right time. On top of all this, there are also power-ups to consider that will aid you in each battle. 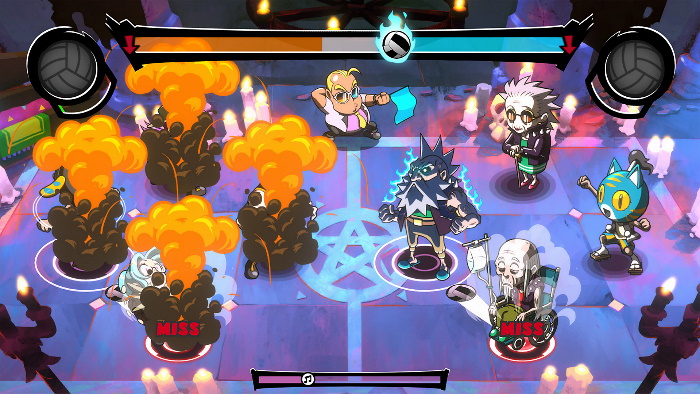 As for the Super Dodgeball Beats campaign, it consists of leagues, which will become progressively difficult as you progress through them but worry not since you’re also going to get better at the whole music rhythm thing. Along with the campaign mode, there are other modes to play, new power-ups and mascots to unlock, and more. The game will keep you coming back for more with its great soundtrack, solid gameplay mechanics, and almost animated movie look and feel. 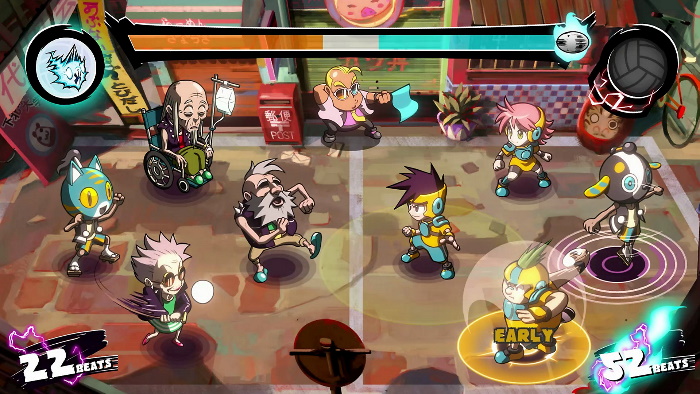 Super Dodgeball Beats is a fun music rhythm game on PlayStation 4. It’s a colorful and charming character design that looks stunning, easy to understand gameplay mechanics, and a nice selection of songs that serve as the beats you’ll be playing over, and it’s out for $12.99. 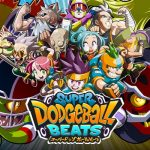 Disclaimer
This Super Dodgeball Beats review is based on a PlayStation 4 copy provided by PlayStack.

Incredible Mandy Out Next Week On Nintendo Switch