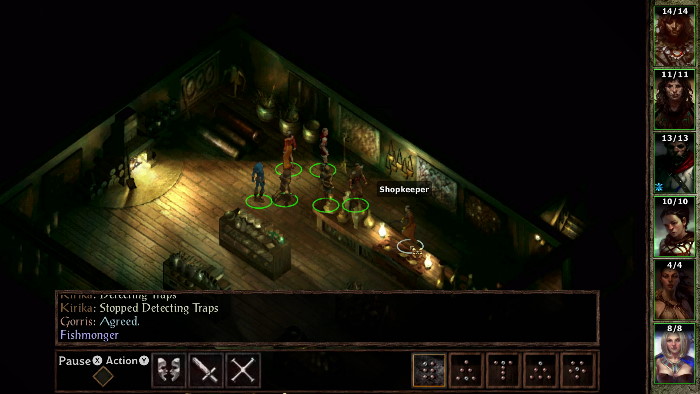 Along with the excellent Baldur’s Gate Enhanced Edition Pack, Beamdog and Skybound Games have also given us another twin pack with two other classic RPGs that are a must-have on PlayStation 4: Planescape: Torment Enhanced Edition and Icewind Dale: Enhance Edition! After having so much fun reviewing the Baldur’s Gate Enhanced Edition Pack on Sony’s console, I was definitely up for taking two other classic RPG games for a new spin. It’s been two decades since the release of these games, and the enhanced editions improve the games’ resolution, adding some quality of life improvements to make them a good option for gamers in 2019. 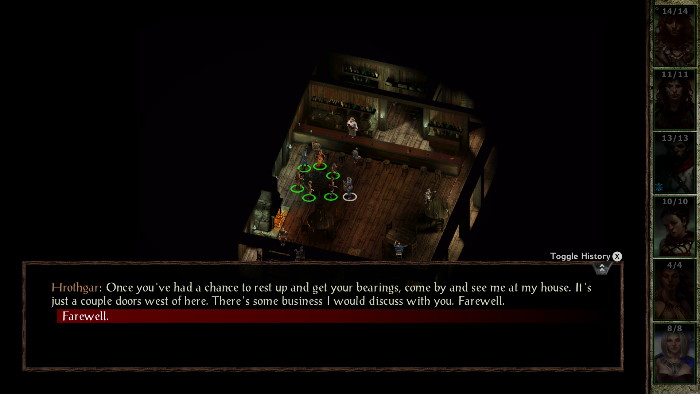 Let’s talk for a moment about the story setup for each of the two games included in this collection:

In the northernmost reaches of the Forgotten Realms lies the region of icy tundra known as Icewind Dale. Journey deep into the Spine of the World mountains, a harsh and unforgiving territory settled by only the hardiest folk. Beneath the carven glaciers and mountainsides, you must confront an evil that schemes to wreak destruction upon the face of Faerûn. This is the world of Icewind Dale: Enhanced Edition. 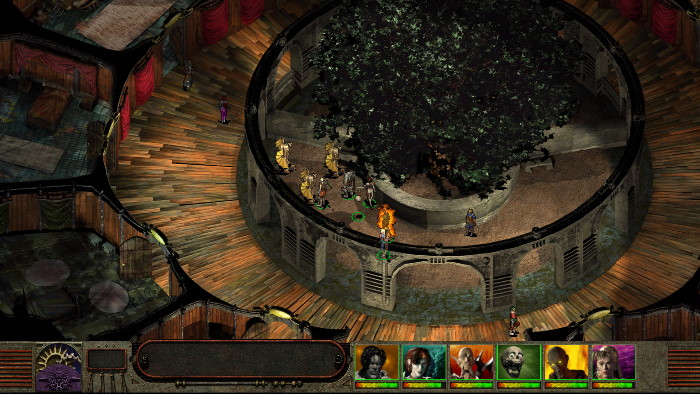 You are the Nameless One, a hulking figure covered in scars and tattoos collected over the course of countless lives—none of which you can remember, but are now coming back to haunt you. You are prodded awake by Morte, a floating skull and keeper of secrets, to embark on an adventure taking the Nameless One from the dirty streets of Sigil into the mysterious Outer Planes and even into the depths of Hell itself.
Discover an incredibly rich story and a unique setting unlike anything else in fantasy. Defeat strange and alien creatures, engage in rich dialogue, and explore the dark and dangerous Planescape setting in this 50+ hour RPG classic. 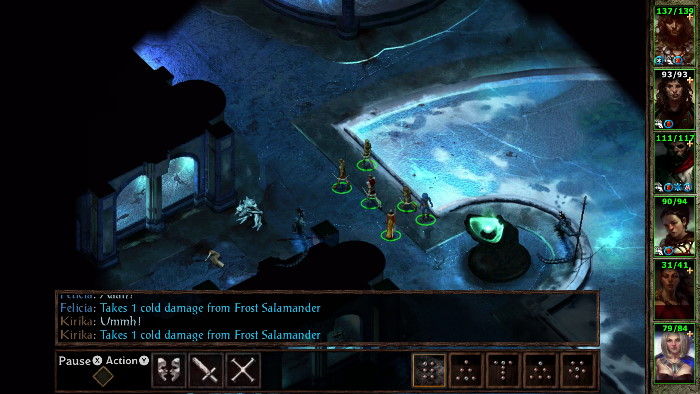 As for what’s included in these enhanced and improved editions of this pair of games originally released in 1999 and the year 2000, respectively, it’s a lot of bang for your buck!

• Enhanced Planescape: Chris Avellone, Lead Designer on Planescape Torment, has partnered with Beamdog to curate gameplay updates, bug fixes, and enhancements to best capture his original vision for the game.

• Remastered Music: The full Planescape: Torment soundtrack has been remastered in-game to add more depth to Sigil and the multiverse.

• 4K Interface: Sigil has never looked this good! The interface of Planescape: Torment has been rebuilt in high definition with tons of new convenience features. 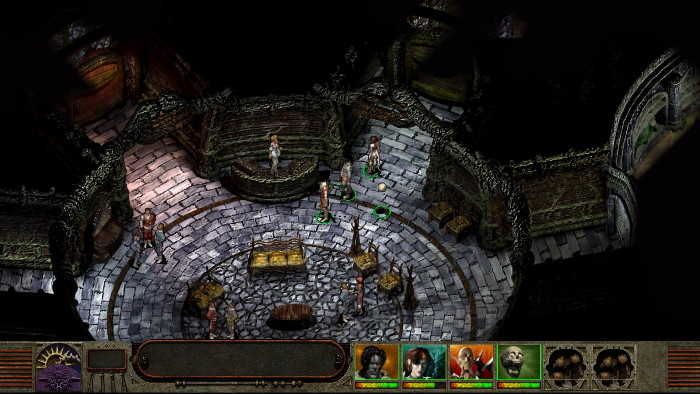 • Swords and Sorcery: Discover dozens of new spells and items, including new magic armor and weapons.

• Blackguards and Wizard Slayers: Select from over 30 new kits and classes to create the perfect adventuring party.

• More to Experience: Icewind Dale: Enhanced Edition includes both the Heart of Winter and Trials of the Luremaster expansion packs.

You can control both games either in the traditional style of their original versions, with an on-screen cursor you can move with the left analog stick, pointing at stuff and clicking as needed to interact with objects and characters – what is dubbed Tactics mode. But on top of this, you also have the Drive mode, which makes it possible to move your characters with the left analog stick, in a way similar to what you’d expect from an action RPG release. Another great thing is that you will have radial menus you can quickly access with the ZL and ZR buttons to check your inventory, your journal, spells, equipment, and more. 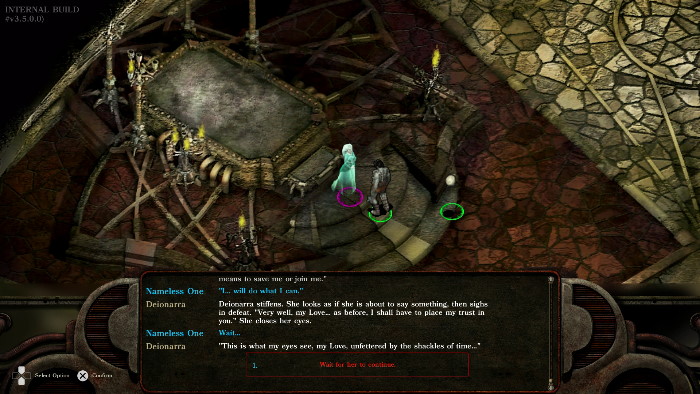 As was the case for the Baldur’s Gate Enhanced Edition Pack, you can customize your experience with Planescape: Torment Enhanced Edition and Icewind Dale: Enhanced Edition. You can set the game to allow you to rest repeatedly and to cast healing spells until you’ve recovered completely. You can (and probably should!) make it so that when you level up, you get the maximum extra hit points possible, so that you can stay ahead of the curve. The gameplay experience can also be slowed down a bit by making the game pause when a character is attacked, hit, injured, or dies, when the round is over, when a spell is being cast, or when a trap is found. 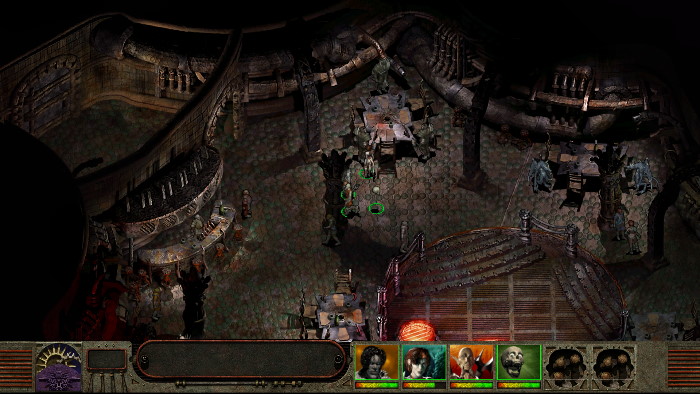 Something I have to mention is that, with this having a PC counterpart, the text in the game is tiny by default, making it hard to read from your default gaming distance. These are old-school RPGs, and they feature a book’s worth of text with thousands and thousands of words for you to read. Because of this, I do kindly suggest that you go into the settings and bump up the size of the in-game font so that you can actually read it from a comfortable distance from your TV screen – unless you like to play from 3 feet away. 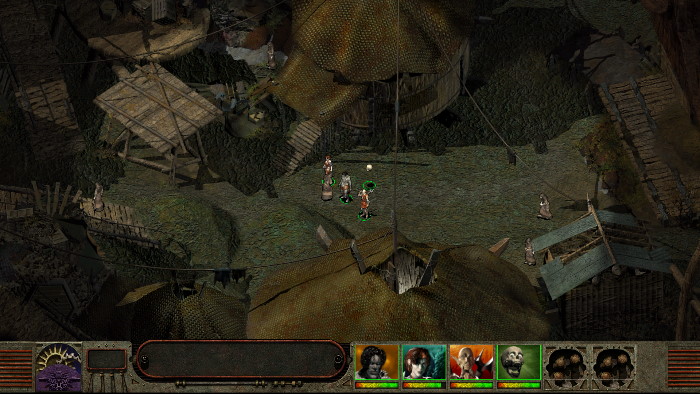 Baldur’s Gate Enhanced Edition Pack on PS4 gave us three Platinum trophies thanks to the extra game that bridges the stories of Baldur’s Gate and its sequel, but for Planescape: Torment and Icewind Dale: Enhanced Editions we’re getting the two separate Platinum trophy lists, with one for each game. There are plenty of trophies that will unlock for progressing through each of the game’s story, but there are also a big chunk of trophies for each game that are missable since they deal with alignment, factions, killing this or that character, and more. Some save manipulation could, well, save you having to replay big parts of each game, but you’ll need to know when to save and what you can and can’t do up to that point, or else you’ll have to start a fresh run from scratch. It’s not possible to get a Platinum trophy on a single run, so be ready to sink in a ton of time into both games! 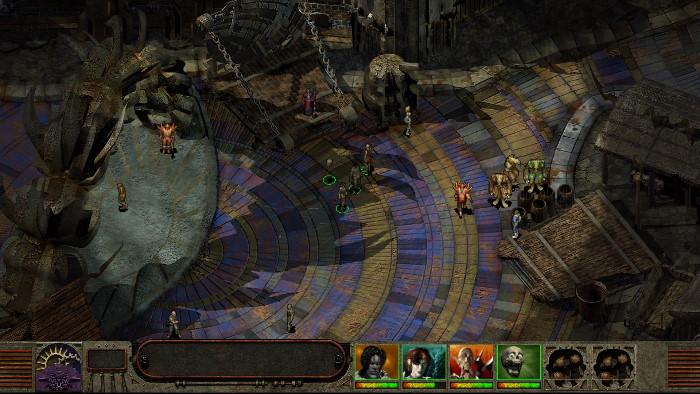 The Planescape: Torment and Icewind Dale: Enhanced Editions is a very easy recommendation on PlayStation 4. It’s available for only $49.99, offering well over 100 hours of content between all that is included in this package. While Icewind Dale favors an experience that is a bit more similar to Baldur’s Gate and its sequel, Planescape: Torment leans more on the storytelling side of things, making this package a bundle that has a bit of everything for fans of old-school RPGs. 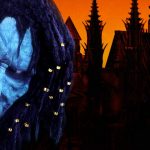 Disclaimer
This Planescape: Torment and Icewind Dale: Enhanced Editions review is based on a PlayStation 4 copy provided by Skybound Games.

Safari Pinball Out On Nintendo Switch