Officially licensed by the Professional Bowlers Association, PBA Pro Bowling from FarSight Studios arrives on PS4 with everything you can find on real bowling lanes and then some. Find out if the game lands a strike or a gutter ball in our PBA Pro Bowling review!

Lace up your bowling shoes and experience the most realistic bowling simulation ever created with PBA Pro Bowling!


For those who haven’t played bowling before, here’s a brief explanation. A game is divided into ten frames, and in each one, you have two balls to get the ten pins at the other end of the lane. If you take them down with a single ball, your pin counts for your next two thrown balls will add up to the frame’s total (for a maximum of 30 points if you do two other strikes). If it takes your two balls to get them, which is called a spare, only the next ball will add up (for a maximum of 20 for the frame if you do a strike). The tenth frame will allow you to get extra balls if you do a strike or spare, in order to complete your score. Your goal is pretty simple, since aim for the highest score, which would be 300 for a perfect game.

The controls to bowl are relatively simple to understand but will require some fine-tuning to master. You can move your bowler left or right on the lane to decide your starting point. By pressing the L1 or R1 buttons and then left or right, you’ll be able to adjust the angle at which you want to take on the lane. After that, you have to move either analog stick down and then up to have your bowler perform its run and throw the ball. For this, you’ll also be able to adjust the intensity of the ball’s spin by pressing left or right. 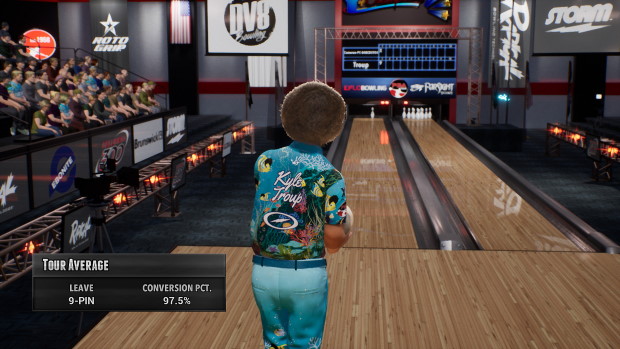 The game offers a lengthy Career Mode where you can gradually unlock additional leagues as you progress. Most of the time, your objective will be to finish within the top three scores by going up against a certain number of players, so that you can advance and unlock additional leagues. A league’s final objective will generally be an elimination match, where you have to beat your opponent to be able to carry on to the next round.

As you progress, or when you’re playing a quick match or some multiplayer, you’ll play on a multitude of lanes, each with their own oil pattern based on the ones on PBA tours, all with the objective of making the game more realistic, which it succeeds in doing. Depending on the oil pattern, you’ll probably want to switch to a ball that better fits the lane conditions, and there are tons of balls you’ll be able to unlock as you continue playing. Games will reward you with tickets or gold pins that you’ll be able to use to purchase additional balls or oil patterns. The majority of the balls are real licensed balls, but there are other ones with special perks, such as granting you an XP boost when you make a strike. 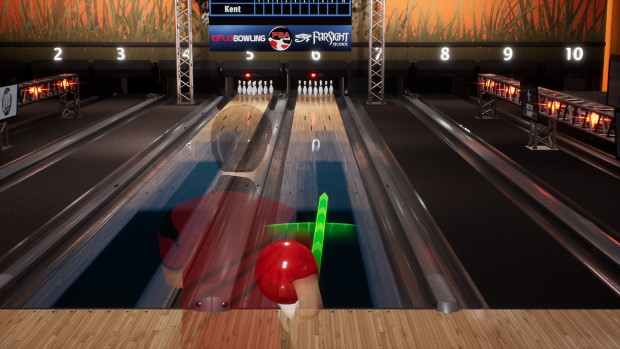 As an ex bowling player, it’s easy for me to say I loved this one. It’s incredibly easy to pick up, and the realism they’ve put in the game makes it really fun to play as you can really feel the difference between the lanes, oil patterns, or balls. If you want to add a funny touch to the game, which also helps make things a bit easier, they’ve also included an Arcade Mode where there are special balls you can use to help you out. Most notably, the bomb ball that simply makes every pin explode if you touch a single one, granting you an instant strike. The split ball is also handy since you can have it split in two to hit pins separated by a large gap that would otherwise be difficult to knock down.

Although this is all great, there are a few issues and design decisions that hindered my appreciation of the game. The first is in how you play most of the games in Career Mode. Apart from elimination matches, your goal is always to be the player with the highest possible to advance, generally having to rank in the top three. The problem with this is that you don’t have a general scoreboard to see the other players’ scores, so you will only see your score. The only way to know how you fare against the others is to pause the game and access the Rankings menu. 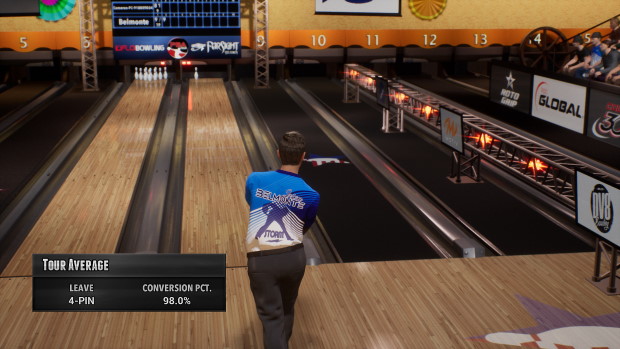 My other issue is with the local multiplayer, which didn’t feel right. For starters, there’s no way for other players to sign in with their account since local multiplayer supports a single controller that you have to pass around after each frame. This is not something I would expect from a game on PS4 released in 2019. After that, if you choose to play in Arcade Mode, you’ll soon come to realize that the special balls, which require a charge time before being usable, are shared between players. So if I decide to use the bomb ball for an easy strike, the next player will not have access to it as it will have to charge up all over again.

As for the trophies, it will be a long process but not an impossible one. You’ll have to complete in and win everything in Career Mode, as well as the extra challenges that each event offers. Some are easy, like getting a strike in the game, while others will require you to complete more specific objectives such as getting a strike as with your last ball in the game. There’s also a trophy for getting a perfect game, which should eventually be feasible with some practice. 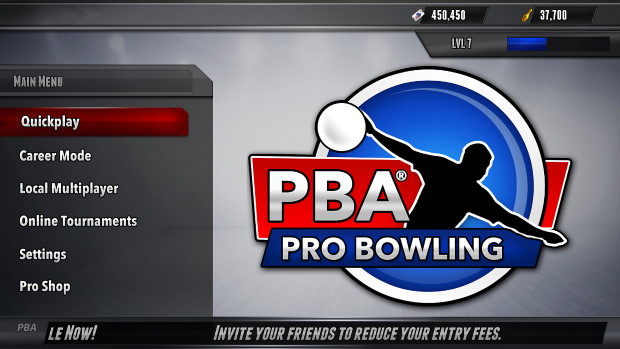 Final Thoughts
PBA Pro Bowling is a fun game with a great emphasis on realism. With a few updates to give you a better overview of your opponent’s score and a local multiplayer overhaul, this could be the bowling game to get. 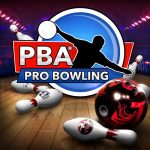 Disclaimer
This PBA Pro Bowling review is based on a PlayStation 4 copy provided by FarSight Studios.