Worbital from Team Jolly Roger is a real-time interplanetary strategy shooter with a gravitational twist. Learn more about this unique experience in our Worbital review!


Worbital is space war in real-time with tension-filled gameplay and gravitational destruction. Each player commandeers a planet, building support structures and increasingly powerful weapons. Use your weaponry to destroy enemy planets and wreak total havoc to the solar system. The goal: be the last civilization standing!

As the game begins, we are introduced to the gameplay mechanics in a tutorial, which you should pay attention to learn about the gameplay loop, in which the goal is to destroy a non-inhabited planet in the same solar system. To destroy a nearby planet, you must fire at it using the war arsenal you can build on the different slots on your planet. A planet holds eight arsenal spots, and you have some freedom as to how you want to weaponize your planet using the funds in hand. Funds are accumulated slowly as you progress through the game, which will definitively not be enough for your needs, but when another celestial body is hit, you do get some funds. Funds are also required to create ammo for the different weapon you build and is also needed to repair your structures. 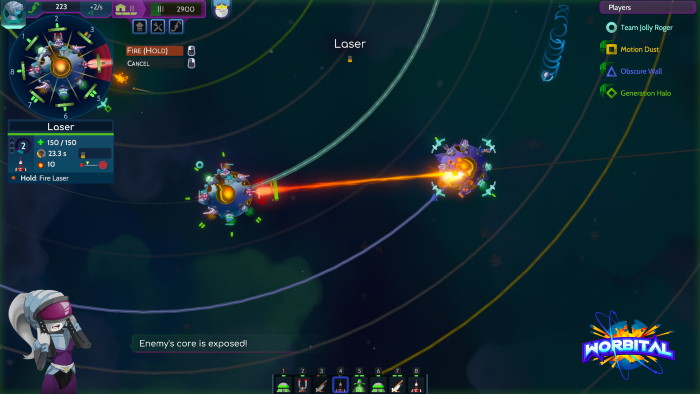 Hitting another celestial body is easy when the target is close, although they too can retaliate, so you need to be careful. But when the celestial body you want to hit is on the other side of the solar system, it can get tricky as the planets are in motion, and you have to take their speed into consideration to evaluate if the attack will land. This is one of the things that drew me to Worbital since most bullets do take int account the gravitational pull of your targets. Luckily, in the end, this is a bit of an arcade-style strategy release, so you do have some help when aiming and lining up your shots. Using the other planets as gravitational propellers never got old, and was fun to do over and over again. 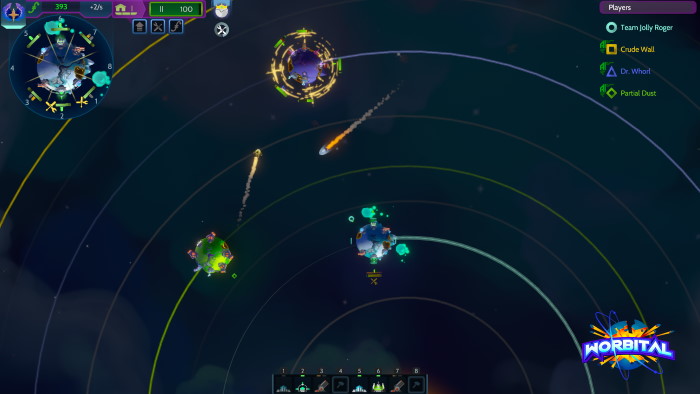 In the Campaign mode, you will be following the three Grand Masters who are on a quest to be the sole leader of the solar system. They start being friends, but right after the tutorial, they’re already at war and on their way to interplanetary destruction. The Campaign mode is split into sections, one for each of the Terrene, Lucid, and Celestial factions. A casual experience this is not, since once you’re making some progress through the campaign, the difficulty will be dialed up considerably, with some of the levels demanding so much from players that you might need to play them more than once to succeed. 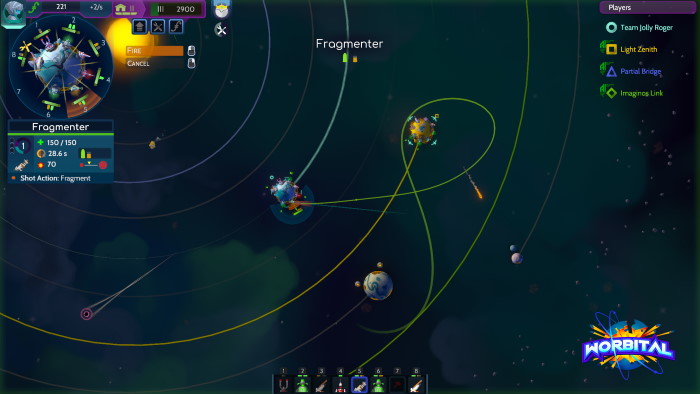 While playing, I thought that this game had a StarCraft-ish vibe, thanks to its strategy element, since you have complete freedom on how to build your forces, albeit with the limited slots available on the planet. Being efficient is a must since if you don’t pay attention to how you build your army, you’re going to get hit badly by your opponents who won’t stop until you’re destroyed. You have a sandbox that you can craft to your needs and specs, and if you don’t take advantage of this, your opponents certainly will. 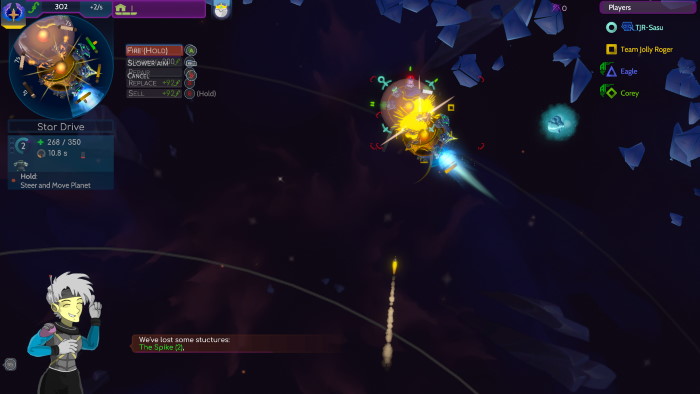 Final Thoughts
Worbital is a gorgeous sandbox strategy game, with a great (but hard) campaign. The gravitational physics of the planets never got old, but the game as a whole might not be something that all players can enjoy. If you’re looking for a challenging strategy game set in space in which you can build your arsenal to destroy other planets.

Disclaimer
This Worbital review is based on a PlayStation 4 copy provided by Team Jolly Roger.

Yaga Out Tomorrow On Nintendo Switch And PS4