Sir Daniel Fortesque is reborn once again in the return of MediEvil to the PlayStation 4. Learn more about this classic 3D action game in our MediEvil review!


Re-live the original adventure on PlayStation®4. The beloved fan-favorite has been completely remade from the grave up, blending classic gameplay with stunning visuals, all in eye-popping 4K!

Step into the bones of Sir Daniel Fortesque, a slightly-inept (and long dead) knight accidentally resurrected by his greatest enemy, the evil sorcerer Zarok. With a second chance to foil his greatest foe, Dan will once again set out to save the kingdom of Gallowmere and earn his place as a true hero.


Back in the day, I was more of Nintendo 64 kid, so I came in late to the original PlayStation’s lifecycle. I spent my time focusing on playing the great JRPG on the console that I had been sorely missing on the Nintendo 64. Due to that process, I missed the original MediEvil and its sequel. I was definitely more than up for taking the game’s remake on PS4 out for a spin during Halloween, and I’m here to report that this remake is something you should check out.

MediEvil puts you in the bones of Sir Daniel Fortesque, the hero of Gallowmere. The Wizard Zarok raises an undead army, and as the army approaches, Gallowmeres forces meet it head-on. Unfortunately, Dan is caught by an arrow to the eye and is the first to fall in the impending defeat to the hands of Zarok’s forces. It’s one hundred years later, and while Zarok is raising more soldiers from the dead for his army, he accidentally awakens Sir Dan. 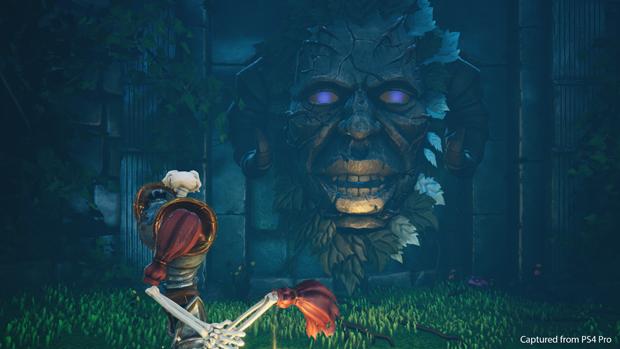 As you awaken from your time away, you get your sword and shield so that you can go to work on defeating Zarok’s army and maybe be the hero Gallowmere needed 100 years ago. The game’s first few levels act as a tutorial, and they do a pretty good job getting you up to speed with combat, using your shield, how to save, and switching weapons. Once you are through that, you are off to the graveyard… literally.

At its core, MediEvil is a very simple action platformer, with a little more choice than I think we were used to getting back when the original PlayStation was still a thing. You can have two weapons and switch between them using the Triangle button. You have a standard attack and a charged attack with your weapons. You also have a shield mapped that you can use while walking or standing still. At the beginning of the game, you will just have your sword and your throwing knives to use, but things change as you progress through the game. 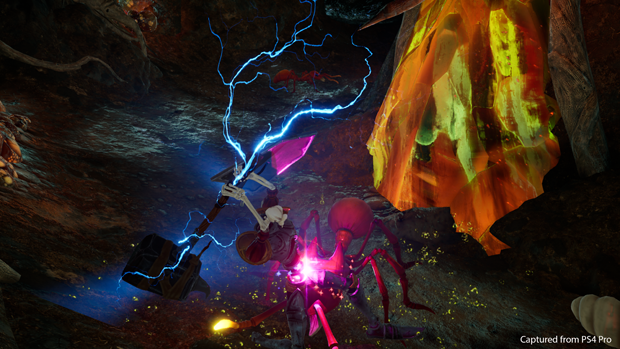 The areas aren’t quite open and feel more like hallways you are going through. You will find some locked doors that require certain runes to open, and once you find them, you will be able to backtrack to the door and proceed further through each of the levels. Secrets will be hidden due to the nature of the camera, so make sure you go into the first third-person mode and using that view to check what’s around.

I did find some of the platforming to feel stiff and inaccurate. Falling into to lava as you’ve mistimed the jumps and losing a whole life, instead of taking a bit of damage, feels terrible and outdated. This is one major area of the game that could have used some quality of life improvements to make it feel better. It should just feel better to walk around the world and not die from jumps when they’re actually not your fault. 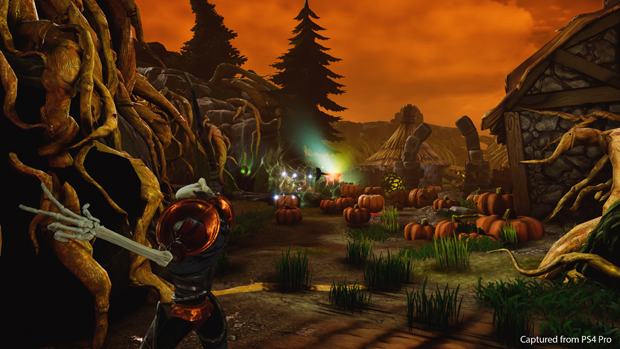 The combat is minimalist, giving the choice of ranged and melee attacks to use against enemies. One of the things I noticed right away was the combat feels light and without enough weight. When slashing with your sword, it feels like it’s going through the air and not making contact with opponents. It still does damage, but it feels a bit odd. I did end up liking the crossbow as my secondary option the most. All of the game’s weapons from the swords to the axe to the club were fun to use, and you will get upgraded versions of some of the weapons as well.

Graphically the game has seen a big upgrade in its visuals, making it look way more modern. While the game isn’t using all the power of my PlayStation 4 Pro, it still looks great, especially when compared from its early-3D roots. I love the updated character model for Sir Dan, reminding me of why I enjoyed playing with him in PlayStation AllStar Battle Royale. All of the enemy types are really creative going far and beyond what I was expecting . What really surprised me was the excellent boss design in the game. All of the bosses really stand out, with one of my favorite being a boss made from literal stained glass. 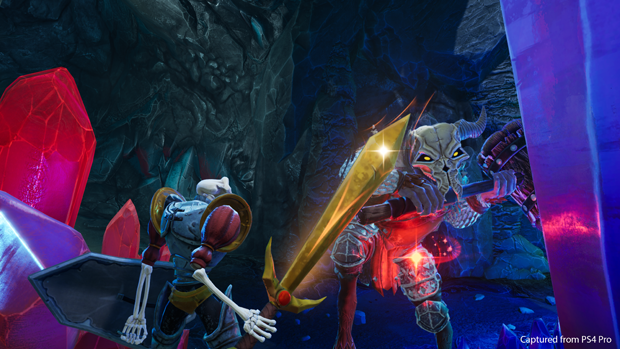 I liked my trip to Gallowmere and the time spent there. The modern coat of paint the game got on is great, and it helps bring MediEvil to a new generation. I guess my struggle is the game’s is a straight remake with all of the things that made it great, but at the same time, all of its faults. We are at a point in gaming in which those shouldn’t be an issue, and I would have loved some more quality of life changes vs. a straight remaster with things that don’t make sense in today’s gaming landscape. While I enjoyed my time with MediEvil, I can’t help to think what a proper new game in the series could do nowadays on Sony’s console… or their next one.

Disclaimer
This MediEvil review is based on a PlayStation 4 copy provided by Sony Interactive Entertainment.