Lost Ember from Mooney Studios is a great looking, charming, and fun game in which you’ll start your journey as a wolf out on an adventure into nature. Learn more in our Lost Ember review!


Mooneye Studios took Lost Ember to Kickstarter a little over three years ago. Thanks to the support of over 7,000 backers on the platform, the studio was able to secure the funding needed for the development of Lost Ember. The initial plan was to bring the game to PC, PlayStation 4, and Xbox One, but the game is also on its way to the Nintendo Switch at a later date. It’s now 2019, and the game has finally made its way to Sony’s home console. Was the wait worth it? 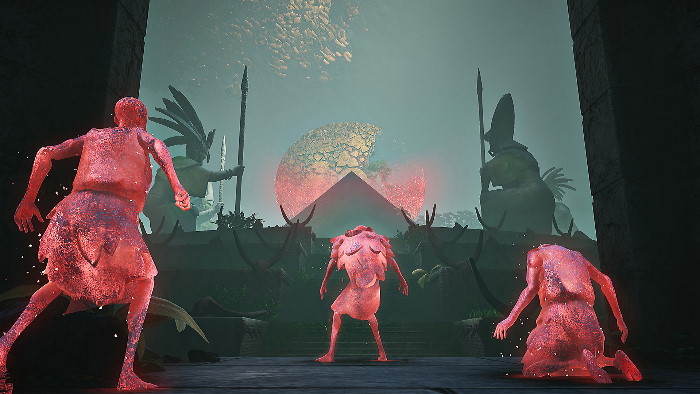 In Lost Ember, you’ll start your adventure as a lonely wolf that will be able to use a special ability to shapeshift into other animals as you progress through the game. You will first see a floating energy sphere approaching some animals until it stops near the wolf you will get to control. Since you can understand what he’s saying, you will follow it since it seems to be in need of your help. As you explore each area, you will get to see visions of the past that will shed some light on what has happened in this colorful world. 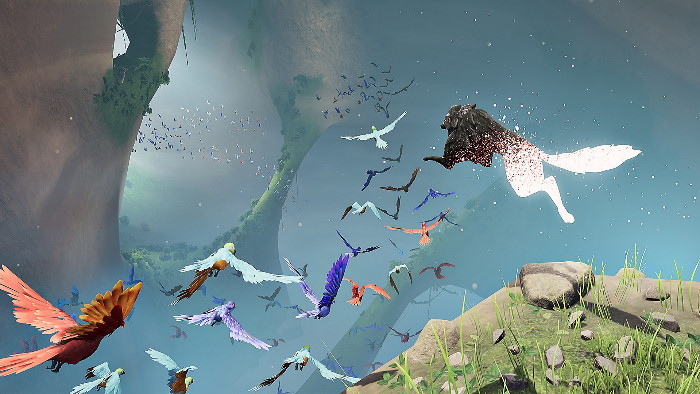 You can move your character with the left analog stick, swinging the camera around with the right one. You can sprint with the R2 button, interacting with things with the Triangle button. You can possess other animals with the Square button, and stop possessing them by pressing the Circle button. Depending on the animal you’re currently controlling, you’ll be able to jump or dash with the X button, as well as flap your wings if you’re in control of someone of the bird variety. 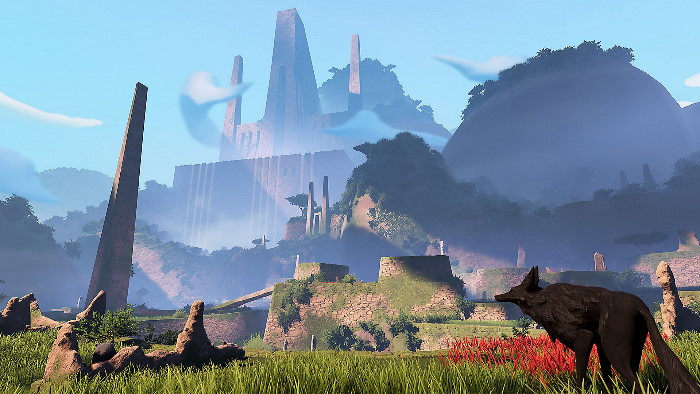 If you press left, right, or down on the D-Pad, each of the animals you will get control to control will do what the game calls a “silly little thing.” Without spoiling things too much, let me present one example of this. The wombat, which you will get to control during the game’s prologue, will end up eating some berries if you use the D-Pad when near some delicious fruit. It’s something that does not affect the gameplay, but that does add a bit of extra personality to the different animals you will get to control with your power as the lost ember. 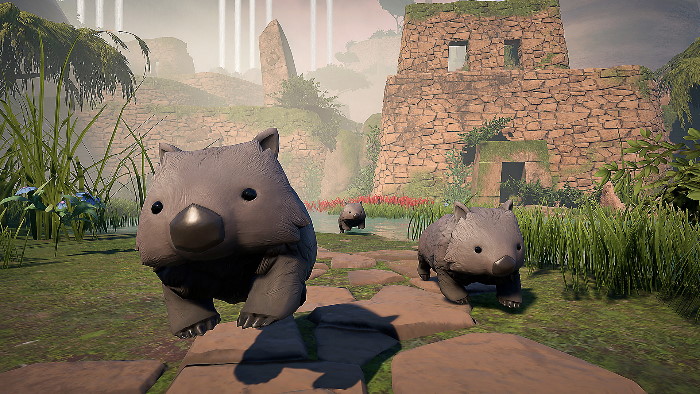 There are hundreds of collectibles to find in Lost Ember, split into 76 Relics, 142 mushrooms – split into six different types -, as well as seventeen animals to possess, seven of which are legendary animals. Collectibles will play a big part in the game’s trophies, so if you want to add one new Platinum to your collection, you’ll need to pay attention as you play each of the game’s chapters. While there are missable trophies, the good news in this Lost Ember review is that the game offers a chapter select, so you can always do some cleanup work later on. 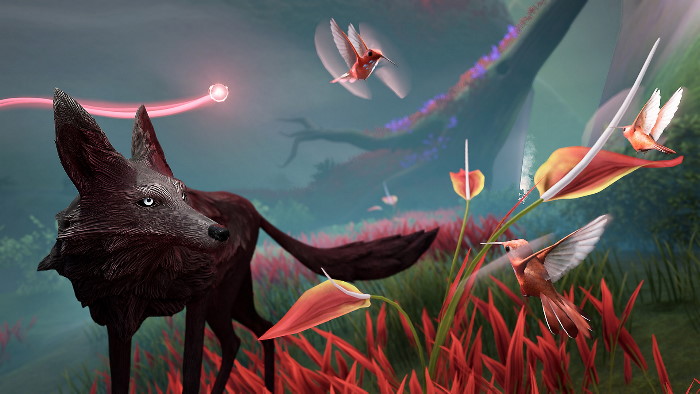 Lost Ember has several accessibility options, which is great – and should be the norm – for games releasing in 2019. Since each of the animals has an ability in which you have to press a button many times, the game allows you to be able to activate holding down a button to make the hummingbird and the fish dash, while activating it for the duck will make it flap its wings without having to constantly press the button. There’s also the option of disabling quick-time events, as well as for using the OpenDyslexic font for the game’s subtitle Kudos to the devs for including all of these options. 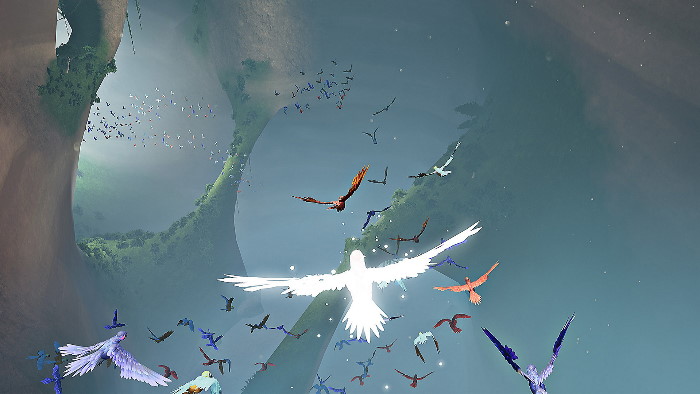 I had a lot of fun playing Lost Ember for this review. It was a relaxing and charming experience with no combat and no game overs, making it a great option for those of you who just want to run around as different creatures over great-looking environments, as an ancient tale unravels before you. Will you be able to solve the mystery of your former life and your role in the uprising. The game is out now on PlayStation 4 for $29.99.

Disclaimer
This Lost Ember review is based on a PlayStation 4 copy provided by Mooneye Studios.