[PlayStation 4] Close to the Sun Review

Are you ready to dive into an alternate reality in which Nikola Tesla managed to change the world? Then check out our Close to the Sun review!

Close to the Sun from Storm in a Teacup and Wired Productions is a story-driven horror adventure played from a first-person perspective. It’s set in an alternate 19th century, which has seen many technological advances thanks to the work of Nikolai Tesla. In Close to the Sun, you take control of Rose Archer, who sets out on an adventure to find her sister Ada. She will travel to the Helios, a vessel born from Nikolai Tesla’s vision, and it’s a large ship that is pretty much a city floating over international waters, as a haven for scientific research. 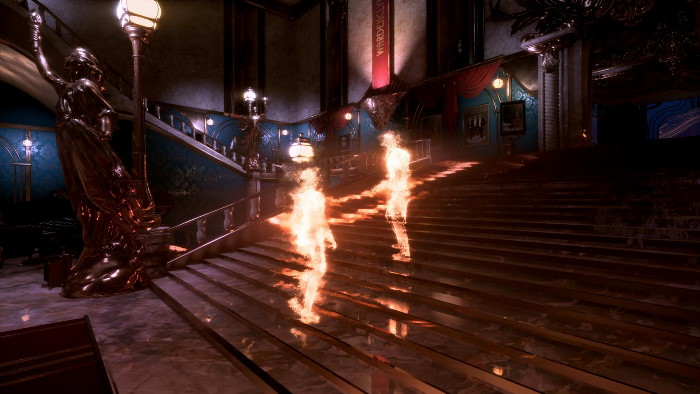 The first thing that popped into my mind when I started to play Close to the Sun was Bioshock. From the game’s setting, look, and feel, it’s a very art deco project that will draw some comparison to 2K Games’ series, but Close to the Sun plays very differently and offers a story that does not share any elements with that beloved classic. Among its influences for this particular game, the team has listed games such as Outlast, Firewatch, Layers of Fear, and Soma, and I can definitely see what they mean by that. 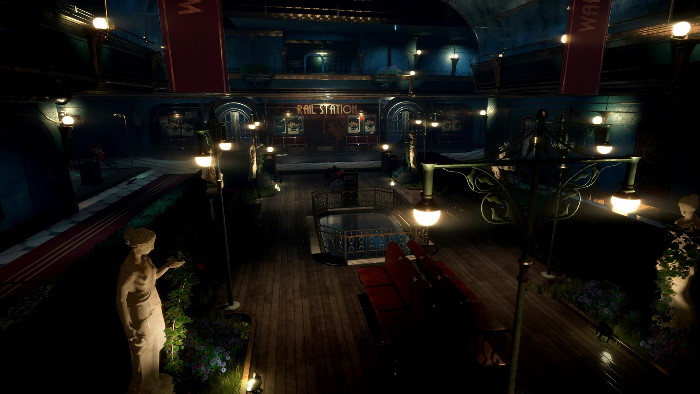 As for your adventure into the Helios, you’ll move Rose with the left analog stick, using the right analog stick to look around you. If you press and hold the L1 button, you’ll be able to make her run. You can jump with the X button, and will get to interact with things with the Square button. You can check your inventory with the Triangle button. And if you need to take a closer look at something as you walk through the ship, you can zoom in by pressing the R1 or R2 button, zooming out once you release them. 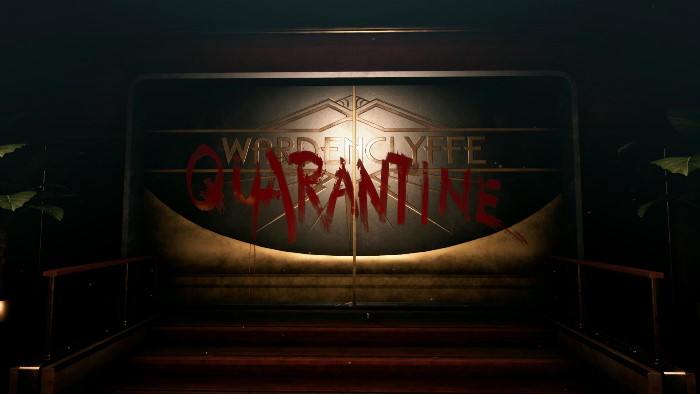 Once you’re inside of the Helios, you will quickly realize that something has gone terribly wrong. There’s no one around to greet you, nor anyone walking through the ship. And then, once you’ve managed to activate and cross a short bridge, and enter through the main gates, you will notice something: the word Quarantine written in a bold red color. As soon as Rose comments on this, the main doors close abruptly, trapping you inside of the Helios. You will soon hear from Tesla himself, who is not amused at you entering the vessel, thinking you’re probably another of Edison’s spies. 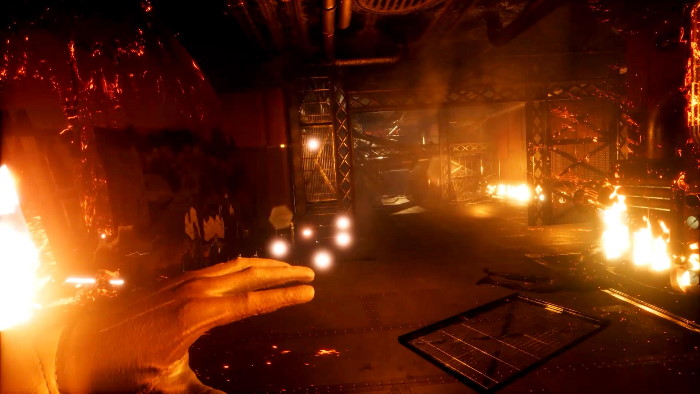 Progress through the game, and you’ll start to see what appears to be energy in the shape of people. These are echoes, visions into what transpired in the ship at a different time. It helps to keep the game from feeling too lonely for its own good, providing you with glimpses of what happened before you managed to get on the Helios. The game will mix these in with some jump scares here and there, as well as with some chase sequences during which you will need to avoid being caught, or else you’ll be dead. There is no combat in Close to the Sun, so as long as you’re not in a chase sequence, you’ll technically be safe. 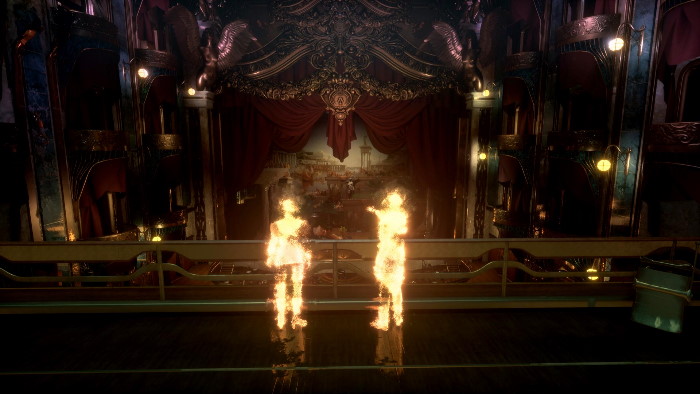 And now, for a bit of a plot twist and a small spoiler, and this is as far as I’ll go about discussing the game’s story beats: Ada will contact you over a device you have on you, as she desperately tries to find anyone that will answer her call. It turns out that the letter you got from her, calling you to the Helios, was actually not sent by her at all! She lets you know that an accident – or perhaps something that happened due to sabotage – has turned the vessel into a very dangerous place to be at and that you need to help her find a way to get out of there ASAP. 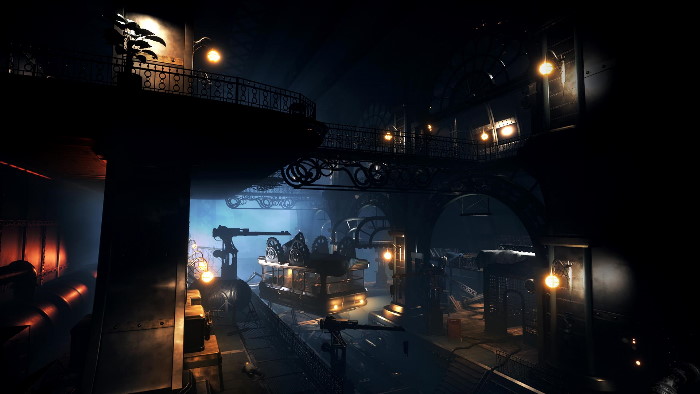 Close to the Sun includes a full trophy list, and that means you’ll be adding a new Platinum to your count when all is said and done. There are plenty of unmissable trophies for this one since they will unlock as you complete each of the game’s chapters. The rest will be for finding all of the different collectibles in the game, one more for completing the game, and a few that are unlocked by completing some very specific actions. One trophy in particular, which is currently considered an ultra rare trophy, is for completing the game without dying at all, which might prove to be rather tricky during your first run. There’s another one for completing the game in three hours or less, which is not as hard to do once you know the layout of each of the areas you’ll visit inside of the Helios. 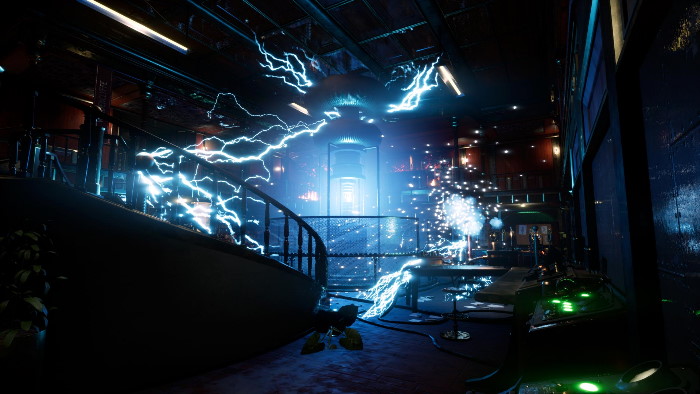 Close to the Sun is an interesting story-driven first-person adventure with some jump scares here and there. It looks great and feels great, has a great art style that all-around pays homage to art deco, and has around 5-7 hours of content for you to dive into – the more you explore and the more objects you search for to see the bigger picture, the longer your total playing time. The game is available for $29.99, and I recommend you give it a go right now as its setting, art style, attention to detail, gameplay mechanics, and the overall story will grab your attention from start to finish. 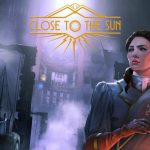 Close to the Sun Review

Game title : Close to the Sun

Disclaimer
This Close to the Sun review is based on a PlayStation 4 copy provided by Wired Productions.

Lost Ember Out On November 22