Deep Space Rush from Ratalaika Games is an arcade-style cross-buy 2D action platformer on PlayStation. Learn more about it in our Deep Space Rush review!


This is a double review for Deep Space Rush. EdEN and Ceidz played the game, and this review presents what they both had to say.

Deep Space Rush from Ratalaika Games and BUG Studio is a streamlined 2D action platformer on PlayStation 4 and PlayStation Vita. You’re part of the DeTeam, a top-secret security force out to protect the different scientific space stations in the galaxy from any virus contamination. Your task is to save everyone before they become infected, turning into mindless monsters that rush forward to try and kill anything in their path. 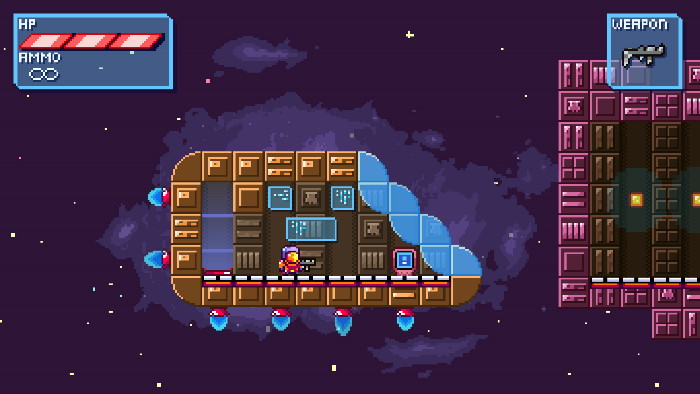 For this 2D action platformer, controls are simple and to the point. You can move your character around with the left analog stick or the D-Pad, running left and right to stay alive, and can jump, and double jump, with the X button. Your weapon can be used with the R1 button – or the Square or Circle buttons – so that you can kill anything that moves, and that’s pretty much it! If you press and hold down the attack button, you can move forward and backward without turning around, which is useful for when an enemy is rushing towards you, and you want to continue firing at it while slowly backing up against a wall. You’ll be using these skills to take on the different randomly generated levels the game throws at you. 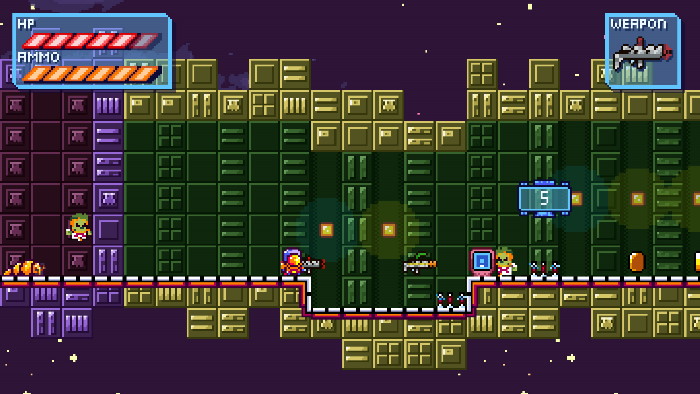 Before you start a run, as well as during a run, you will find a shop. These can be used to spend the coins you collect in each of the mini-areas of the game so that you can upgrade your health, purchase new weapons, unlock power-ups to find in new runs or upgrade the weapons and items you already have bought, so that you can put them to good use to defeat the different enemies you’ll run into. You can upgrade each item up to five times, so if you’re the type of gamer that likes to 100% a game, you’ll need to collect a lot of coins to get everything.

While your regular starting weapon has infinite ammo for you to shoot as much as you want, the weapons you purchase will need to be picked up as a power-up during each run, and they will have a finite amount of ammo, which you can check in the orange bar below your red health bar. Because of this, you can’t just press and hold the attack button when you pick up a new weapon since odds are you’ll just end up wasting your ammo with no enemies close to you to hit with its bullets. 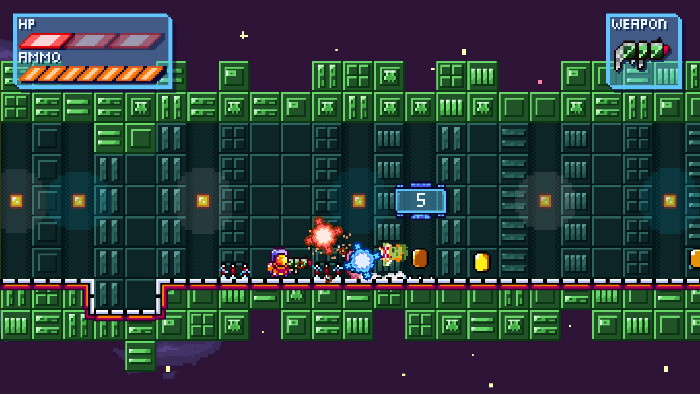 In this 2D action-platformer, you’ll be going through small sets of rooms that are procedurally generated by the game. These are very small areas that will take you a few seconds to run through as you defeat the enemies you run into, trying to avoid the hazards that pop up to avoid being damaged. You start with only three hit points, so you should definitely use the coins you get after your first run to upgrade your health at least once so that you can take on longer runs after that. 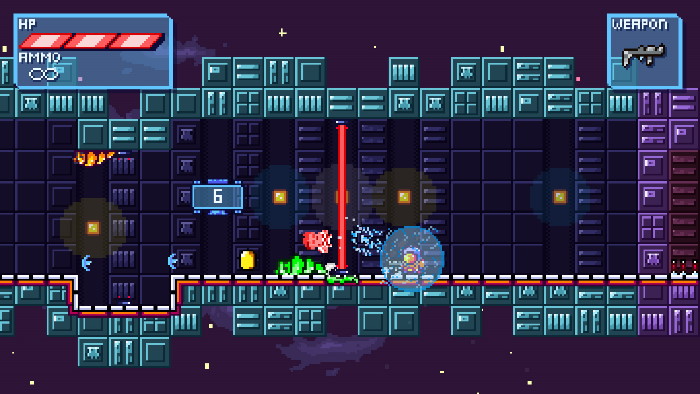 When you die, which happens a lot during the first handful of runs you’ll do, you’ll get to see how many zones you completed, how many enemies you killed, the number of coins you collected, as well as your total score. Depending on how well you did, the game will also reward you with some extra coins to add to your total, which will be helpful for getting a new gun or upgrading an item before you take on a new run. 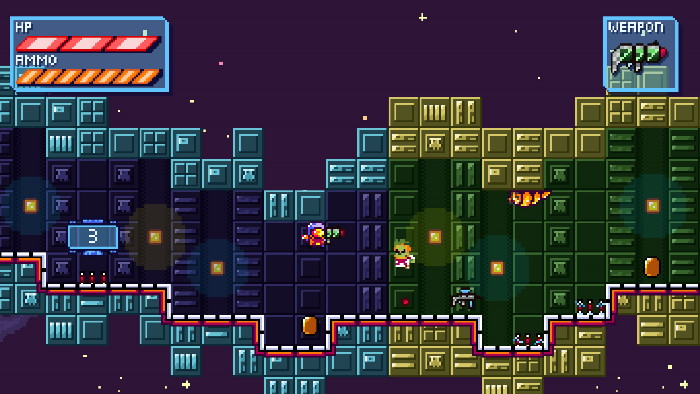 The enemies you’ll run into will be a bit repetitive since they will just be color-swapped enemies that look the same as others, just with a different color. The regular enemies walk slowly towards you, while other variations will move at a faster pace or might even explode when they get too close, removing part of the floor of a zone. There are also worms that will try to cling to your face, altering your controls, or leave behind a trail of slime that will slow you down. There are also the always classic spikes to avoid, lasers, and gun turrets to avoid. 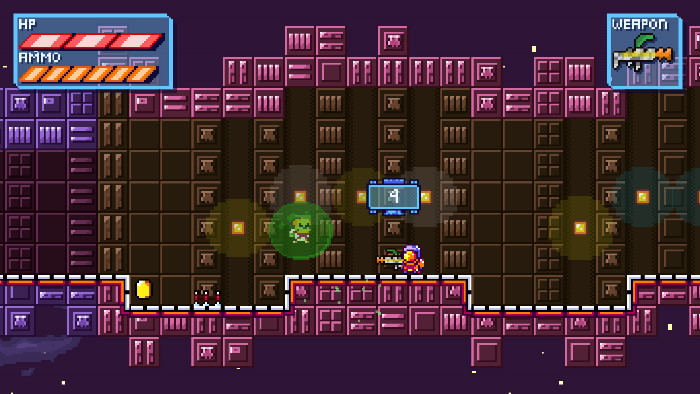 Trophy hunters will be happy to learn that this cross-buy game has a Platinum trophy and that doing a trophy run to unlock will only take around 15-20 minutes at most. The trophies include objectives such as killing a lot of enemies (up to 100), completing a lot of zones (again, up to 100), another one for dying (easy one to get), one for buying a heart – which boosts your overall hit points, for buying anything at the store – which can be the heart I just mentioned -, and one trophy for upgrading an item to the max.

Final Thoughts
Deep Space Rush is a basic 2D action platformer that is not going to offer a lot of variety in the gameplay department. Unlocking additional weapons can actually be bad for extending your runs, since you’re better off just powering up your main gun, unlocking the force field, and just upgrading that item so that all items that spawn are force fields, pretty much making you invincible so that you can play for as long as you want. It does offer cross-buy, as well as separate trophy lists, which will certainly please trophy hunters.

Disclaimer
This Deep Space Rush review is based on PlayStation 4 and PlayStation Vita copies provided by Ratalaika Games.