Sea Salt from YCJY Games is an action strategy RPG that places you in the role of an Old God, commanding horrors through the land. Learn more in our Sea Salt review!


For Sea Salt you will be taking on the role of Dagon, an Old God who is out for blood after its requests for sacrifices has been denied by the Archbishop. The reason for this blasphemy? The fact that, among listing several people, Dagon has also called for the sacrifice of the Archbishop itself, something that he most certainly is not going to do, since it would mean ending his own life, as well as never being able to savor the immense power he has at his disposal for being the voice of Dagon in the mortal world. You’ll have to dive into this Lovecraft-inspired game to claim what is yours! 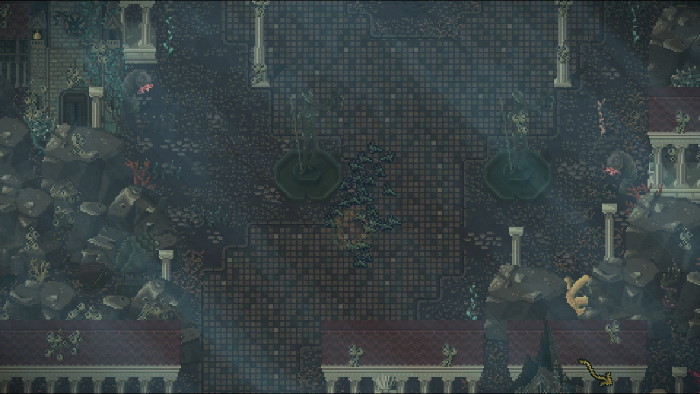 The first step in the game will be to select an Apostle for your run, which won’t be hard since you’ll only have the one available: Aghra de Pesca. There are five more Apostles for you to unlock, for completing objectives like obtaining 50,000 gold, completing 30 arena waves, killing 100 humans with cultists, completing 10 rooms with 5 or less minions, and raising 160 human spirits as specters. Each Apostle has a start boost – Aghra de Pesca provides a 25x boost to swarm – as well as abilities to consider, such as a stronger swarm, having access to more cards, being able to sacrifice cultists at altars, and more.


The game will then send you straight into a short tutorial section so that you can quickly learn the basics – a must so that you can get started with your killing spree. You’ll move around with the left analog stick, using the ZR button to attack, which you can use to destroy obstacles or to kill others. If you want to be more effective with your attacks, be sure to surround units with your minions before pressing the ZR button. If you’re moving your group through an area with some hazards, such as, for example, several fires, you should refrain from pressing the ZR button. If you follow this advice, your units will move through said hazard unharmed. 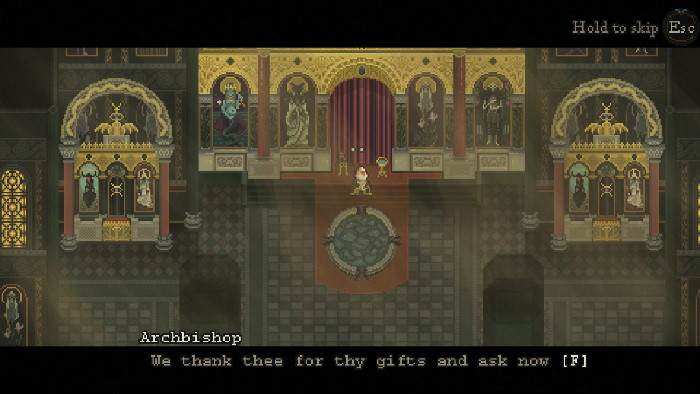 As you play you will unlock cards, which will provide you with new minions to command. The first one will be The Worm, a melee unit that is not as fast as other units, but that leaves a trail of slime and can deal corrosive damage to wooden structures. Each unit will have a grade for each of its stats – health, attack, speed, and horror – as well as let you know how many of them you can have under your command at any given time. In the case of the worm, you can have up to five to take orders from you. 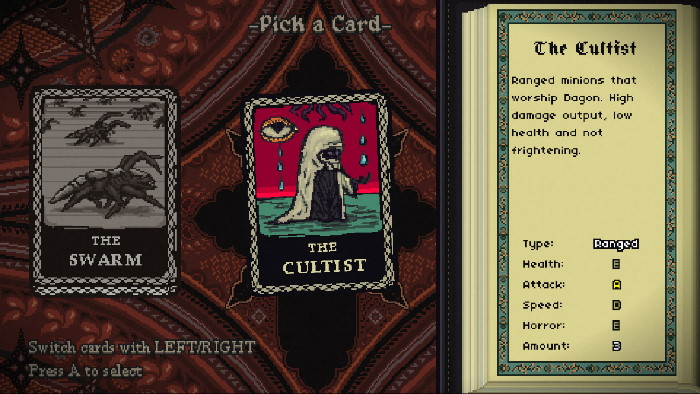 The more unit types you unlock, the more varied your group of minions can be, allowing you to attack from short and long range as needed. If you want, you can obtain more units at summoning circles, selecting a card from those available to you to call in new units into action. You can also summon more units into play once your gold meter is full from all the gold pieces you’ve collected from the enemies you’ve killed. Calling more units into play is key since some enemy units will attack your group and kill some of your minions here and there. 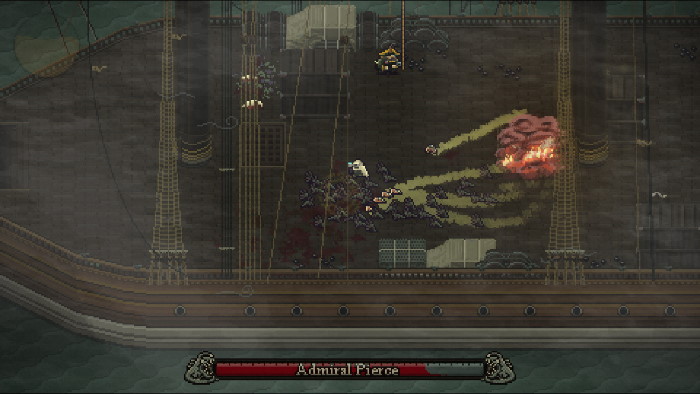 At the end of a stage you will run into a boss battle that will task you with defeating a special unit that will have a considerable amount of hit points for you to chip away bit by bit, bringing it closer to its death. You will need to pay attention to its movement and attack patterns, or else you might end up with no units to command, thus getting a game over, which is not advised. Oh, and before taking on the next stage, you can select which path you want to take, with the game offering some replay value by blocking you from taking all paths in a single run. 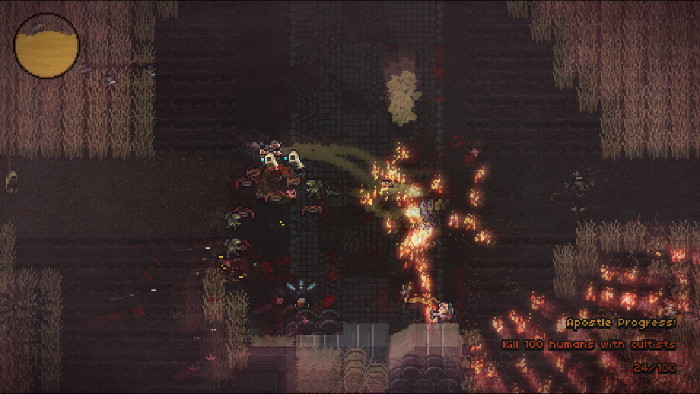 Progressing through the game will allow you to start filling up the Book of Dagon with more and more knowledge. The book will include tabs for each of the minions you have unlocked for your group of death, another one for the bosses you’ve faced, and one for the hunters, which sort of act like mid-bosses in Sea Salt. They will have more powerful attacks and will also have more hit points, making them very dangerous opponents, especially when they’re joined by regular enemy units. 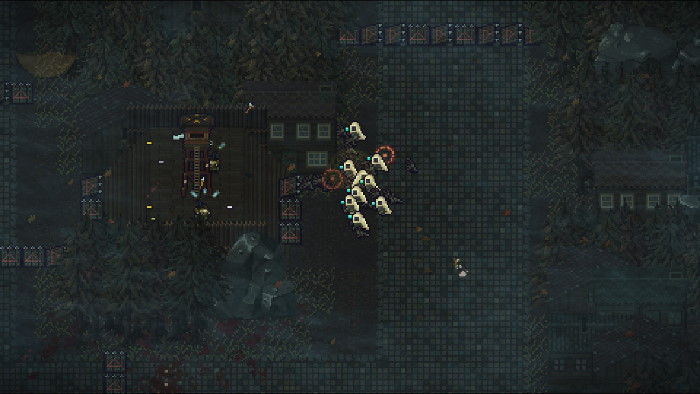 Sea Salt is a fun action strategy game that is easy to pick up but hard to master. While the first tutorial stage will make you feel like you’re all powerful and immortal, from the second stage and on the game will punish you if you’re careless. More enemy units will have weapons to attack your minions, and some will even have an area of effect (AoE) attack that can deal considerable damage to all units within its range. Add the different arena challenge areas you can unlock as you progress through the game, and you get an indie release available for a budget $14.99.

Disclaimer
This Sea Salt review is based on a Nintendo Switch copy provided by YCJY Games.

8-Ball Pocket On Its Way To Nintendo Switch