Race with Ryan from Outright Games is a new racing game based on the characters from the Ryan’s World universe. Learn more in our Race with Ryan review!


Race with Ryan is a new Nintendo Switch kart racer that features the many cartoon characters from the Ryan’s World Youtube channel – formerly known as Ryan Toys Reviews. The titular character is Ryan, who is now eight years old, a young kid who now has his own line of toys, toothbrushes, and toothpaste, now adding a racing video game into the mix. The massively popular Vlogger/toy reviewer is here to give young gamers a budget racer on Nintendo’s hybrid console. 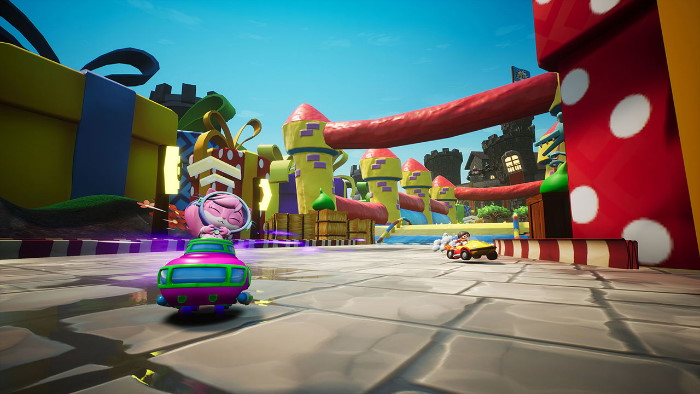 This being a kart racing game, you will steer your vehicle with the left analog stick or the D-Pad, accelerating with the B button. If you want to brake, or go in reverse, you can do so with the A button. If you want to keep an eye on your opponents, you can do this with the Y button to look behind you. The right analog stick can also be used to look around as needed. Your vehicle can honk away with the L or ZL buttons, which are also used for activating any magic skill you’ve picked up. The final skill at your disposal is drifting, which is done by pressing and holding down the R or ZR buttons, gaining a small boost when you exit a drift. 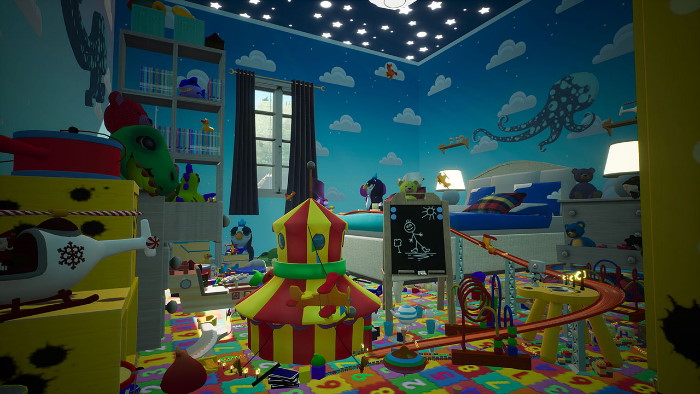 Magic skills can be obtained by going over a Mystery Egg with your vehicle. As you race around the cards, submarines, tractors, recycling trucks, helicopters, pirate ships, UFOs, and more, you can obtain items that can make you invincible, allow you to boost at high speed to go up some spots, or weapons that can be used to hit your opponents to get them out of your way so that you can aim at getting to first place. As long as you make good use of the items, you will slowly but surely go up one or two places at a time during each of the race’s laps. 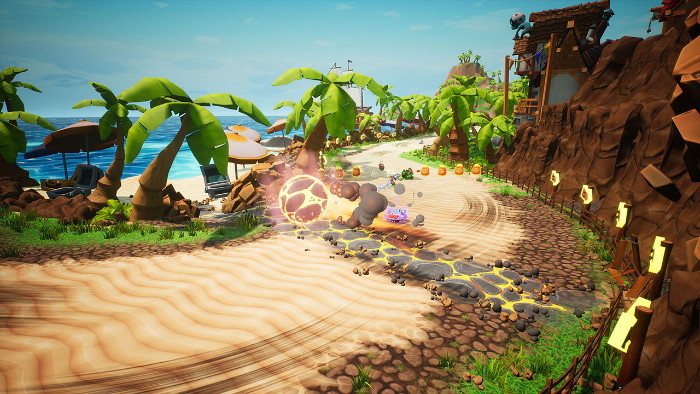 You can take on Race with Ryan in single-player, or have a go at it in local multiplayer split-screen against up to three opponents. For the single-player side of things, there is a Fast Race option if you want to play a single race, a Random Race option, as well as the main Career Mode. On Career Mode, you can play in the cups that bring together different tracks that will test your skills. There’s the Pizza Cup, the Toy Master set, Formula Fruit, the Hook Prix, the Hot Dog Cup, and the Royal Race. 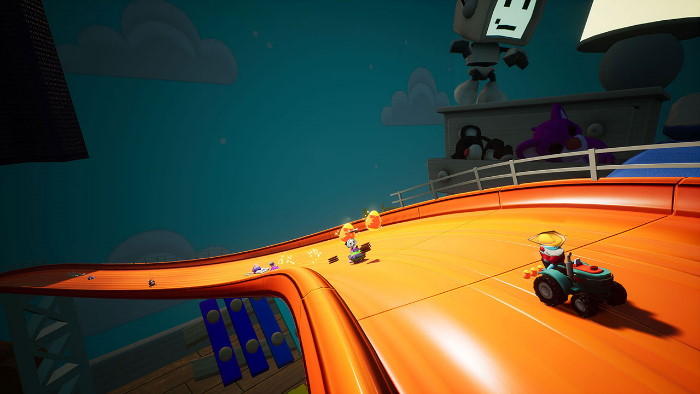 There are three difficulty settings so that players of all skill levels can take Race with Ryan for a spin. As expected, Easy is the easiest one of the bunch, with Medium for those who have some experience with kart racers, and Hard left for those out there who are great at finding shortcuts and have no problem racing ahead of the pack with a notorious advantage. On top of this, for the younger gamers in your life, you can activate smart steering as well as auto-accelerate, so that the game helps them play the game, removing any potential frustration. 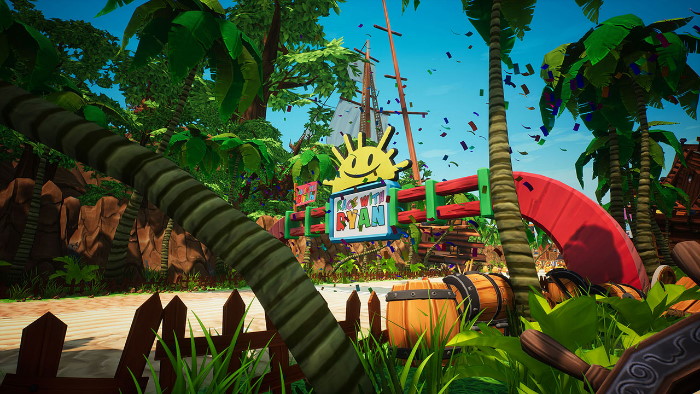 You can unlock additional racers and tracks by completing different objectives in the game. For example, Patrol Ryan can be unlocked by winning the Pizza Cup in Hard difficulty, but finishing the cup in Medium difficulty will unlock Jungle Ryan. If you complete the same cup when playing in Easy difficulty, you’ll add Submarine Panda into the mix. There are several racers and race tracks available right from the start, so that young players can have a lot of fun with the game right from the start, and having unlockables adds some extra replay value. 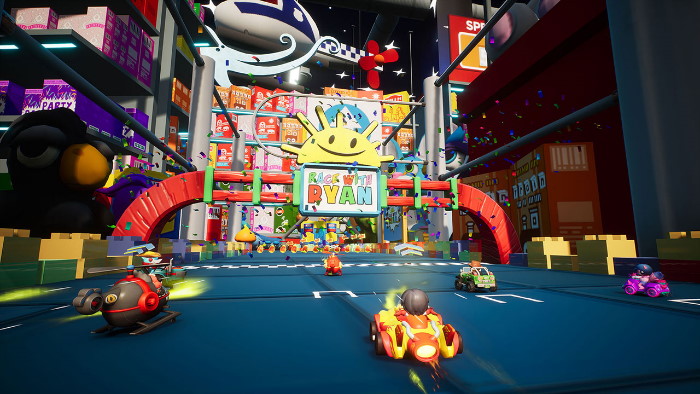 Race with Ryan is a fun kart racer aimed at young players who are also fans of the worldwide famous Ryan’s World Youtube channel. If you look at this kart racer as a “is this going to compete with Mario Kart?” game, then you’re not its target demographic. Race with Ryan is a kart racing game for young kids who are fans of Ryan’s World and would like to race through tracks created to tie-in with the different themes seen in Ryan’s many Youtube videos – videos that get over a billion views. Race with Ryan is out on Nintendo Switch, available for $39.99 in the Nintendo Switch eshop and at retail.

Disclaimer
This Race with Ryan review is based on a Nintendo Switch copy provided by Outright Games.