New Super Lucky’s Tale is finally out on Nintendo Switch! I’d been waiting to play this one since it was revealed during the Nintendo Direct stream, and I’m here to tell you that its budget $39.99 asking price is a steal for such a quality action platformer. It pays homage to old-school games such as Super Mario 64, Crash Bandicoot, and, of course, Banjo-Kazooie, what with its colorful presentation and fox main character, giving us a 21st century take on the 3D collect-a-ton platformers of ages past.

Your adventure will have you taking control over Lucky, who is out to help his sister protect the Book of Ages. Jinx, a dark feline sorcerer, tried to steal the Book of Ages, using his spells to scatter the Guardians. After years on the run, Jinx found the group and the book, but the book defended itself by scattering its pages around both groups, opening a portal that sucked in several of those in its presence, sending Lucky into a new world from which Lucky is now trying to escape as it searches high and low for all the book pages – the pieces for the puzzle at hand. 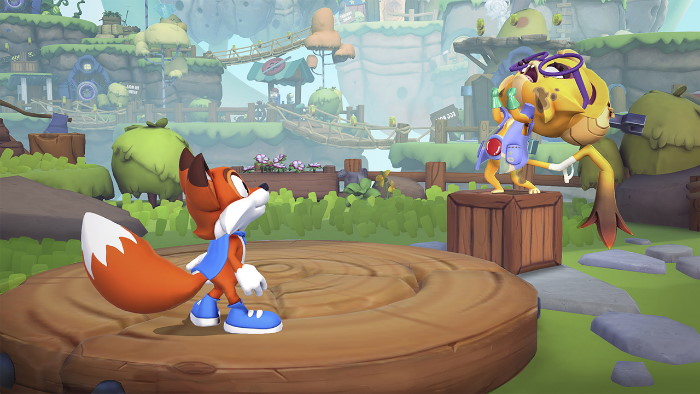 In this 3D – and sometimes 2D – action platformer, you’ll move Lucky with the left analog stick, tilting the camera around as needed with the right stick. You can double and double jump with the A or B button – whichever is more comfortable to you – attacking with your mighty tailswipe with the Y button to attack your opponents. Lucky can burrow on some terrain types by pressing and holding down the ZR (or ZL) button, jumping out of the ground when you release the button. This is a very handy ability that will help you stay out of harm’s way while. While on the air, you can press the ZR button to dive straight down towards the ground, acting as Lucky’s pound ability. 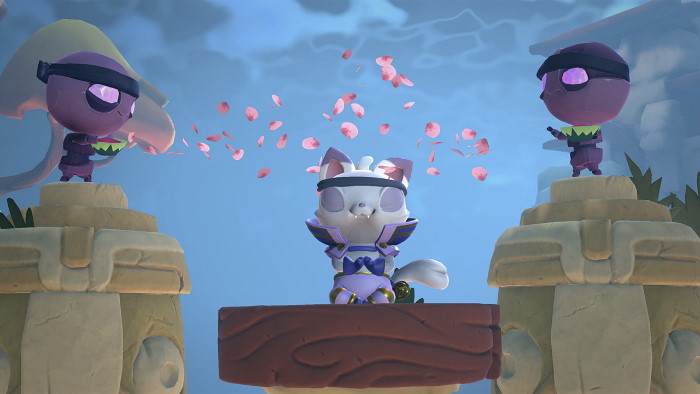 There are coins to collect, valuable diamonds that will add a ton of coins to your total health pick-ups that can help you recover if you’ve been injured, extra lives, letters to spell out Lucky’s name, special mini areas with puzzles or small battle arenas to overcome. For each of the levels, there will be four clovers in the upper right corner of the screen, and you will unlock them by completing specific objectives. One is unlocked for obtaining 300 coins for that stage. Another one is for finding all of the letters in Lucky. The third one is for a secret objective. The last one is the easiest one to get since it’s awarded for completing a level. 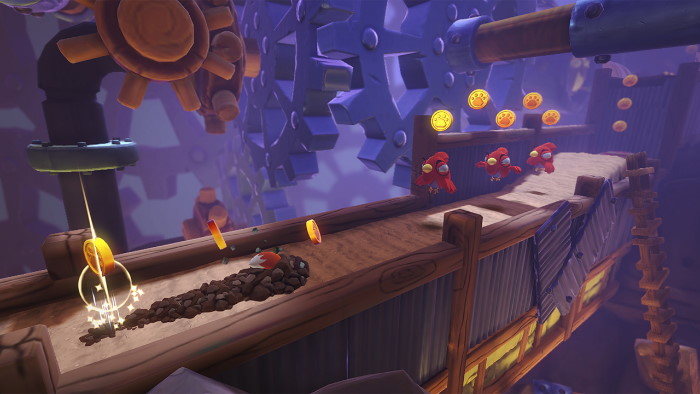 If you missed any of the additional clovers, you could always replay a stage to give it another go. Clovers, or Clover Pages, are important since they will help you unlock new paths in each of the game’s hub worlds. Think of them as the stars in Super Mario 64 – or the ones in Super Mario Odyssey since you can get all of them in one go instead of having to replay the same stage several times as you go for just the one star. Each of the hub sections in New Super Lucky’s Tale will also act as its own stage, with coins and diamonds to collect, hidden mini-stages to complete so that you can collect extra Clover Pages, and more. 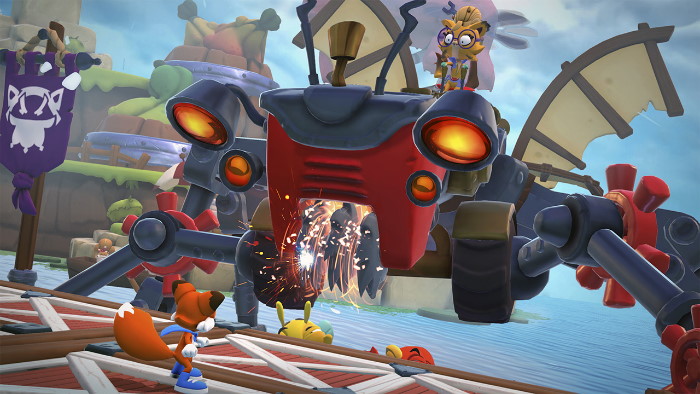 Something I liked right away is that coins that you obtain from breaking open boxes, destroying vases, ringing a bell or two, etc., are automatically connected and added to your tally, which is a good decision by the team at Playful to streamline the overall experience. Speaking of coins, you can use them at the Costume Shop vendor to add hats and different outfits to your wardrobe to customize Lucky’s look. You probably won’t have enough coins to buy more than one thing when you first run into the Costume Shop, but you will quickly start to boost your coins count as you complete each of the stages in the game as you aim to get the clover page for obtaining at least 300 coins in a stage. 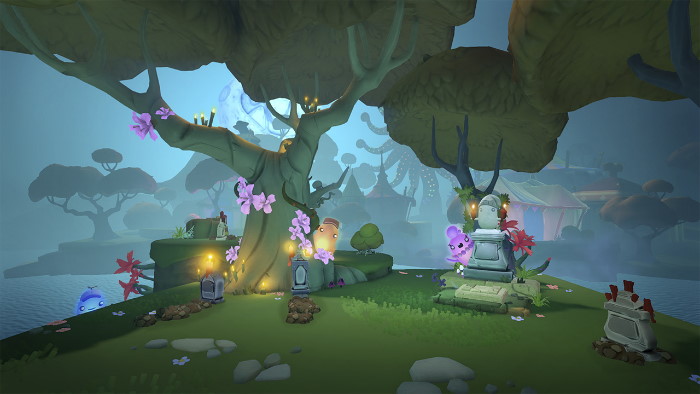 So, what’s new in this Nintendo Switch exclusive version of the game as to make it worthy of the “New” part of its name? Well, the game has been rebalanced by the team at Playful, featuring tighter controls and a more responsive 3D camera. On top of this, the game now has new levels, additional story cinematics, and character dialogue, revamped art and lighting, sound, music, you name it! It’s certainly the definitive version of the game! 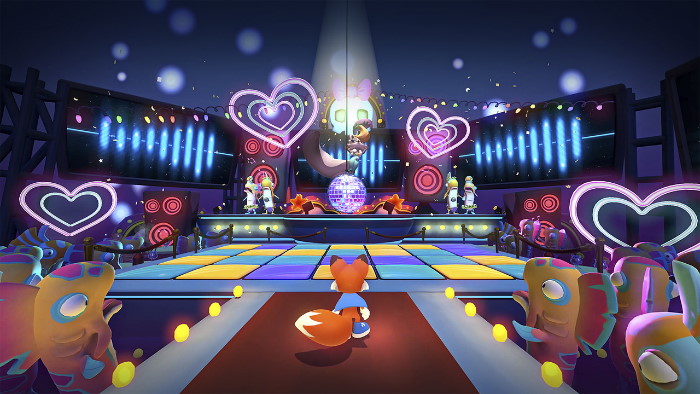 New Super Lucky’s Tale is the definitive version of a charming and fun 3D platformer that pays homage to the old-school 3D collect-a-thon platformers of ages past. If offers a good amount of content to enjoy, some extra replay value for those of you that like to 100% a game, streamlined and fun gameplay mechanics that will keep you playing until the end. I was looking forward to playing this one from the moment it was announced during the E3 2019 Nintendo Direct, and I’m happy to report that it’s been worth the wait. Go and add it to your Nintendo Switch collection!

Disclaimer
This New Super Lucky’s Tale review is based on a Nintendo Switch copy provided by Playful.

[PlayStation 4] Close to the Sun Review

Bee Simulator Out Next Week 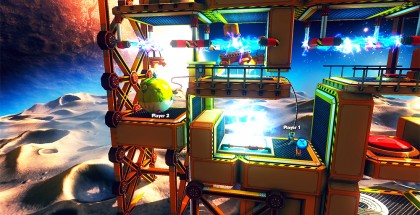 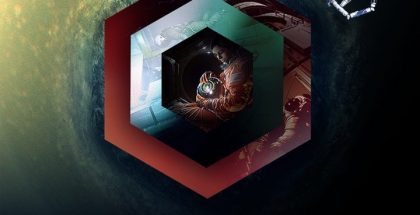 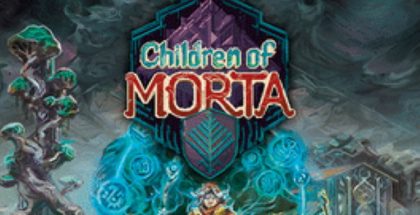 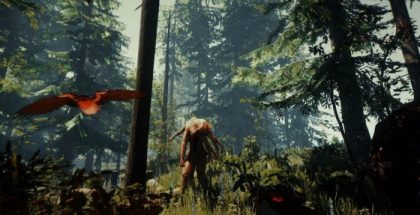 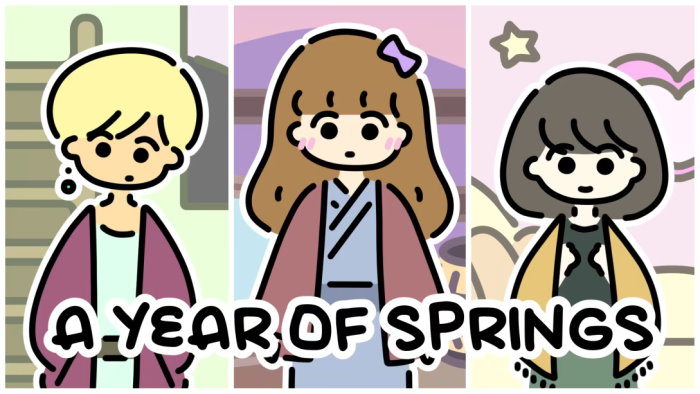