holedown is a fun arcade-style release on Nintendo Switch in which you’ll dig deep with a cute worm that will bounce all over the place. Learn more in our holedown review! 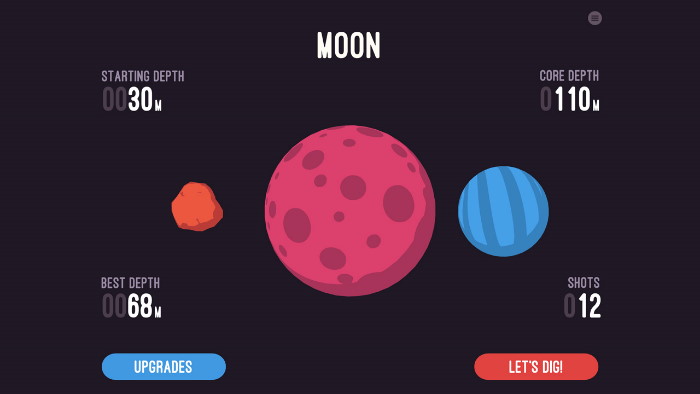 holedown from grapefrukt games is a fast-paced arcade-style game that tasks you with digging as deep as possible – starting with an asteroid – with the balls you have and the shots you get. The deeper you go, the more hits the bricks on the screen will need to take before they break. If a brick has an X on it, then that means it’s stuck in place and won’t disappear until you’ve hit it enough times. Any block without one will fall instantly if you manage to break the brick below it. If a block hits the upper part of the screen, then it’s game over, and you’ll have to start over. 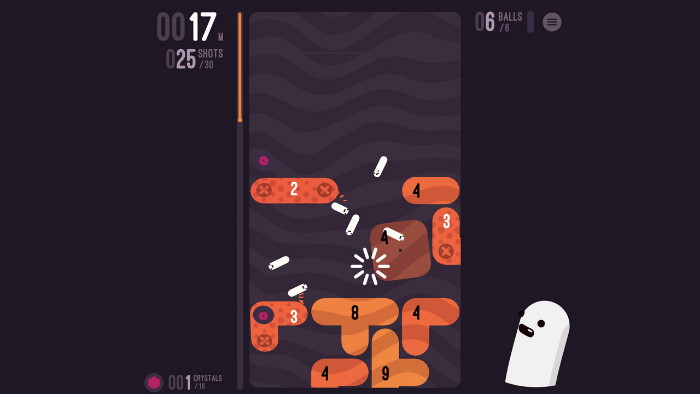 As you dig deeper into the core, you’ll also start to spot some bright pink crystals, which you should collect since they act as the in-game currency. You can use them to purchase upgrades that will aid you on your arcade adventure, with each upgrade having a different price. You can increase the number of starting balls you get when you begin a new dig, increase the overall ball count, boost how many crystals you can hold at once before having to go back to the surface to cash-in, how many shots you get in total per run, or even get a mining license so that you can gain access to bigger and deeper planets. 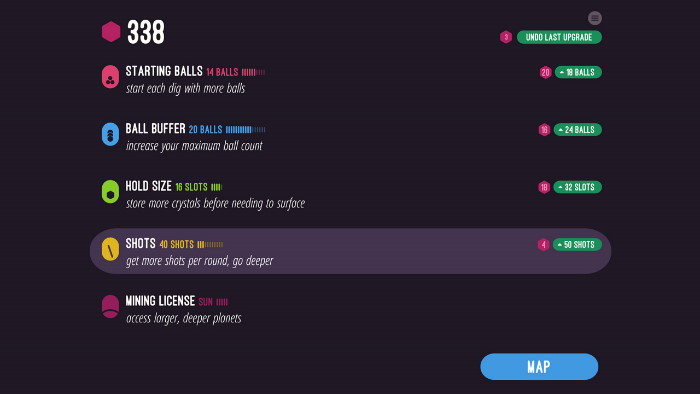 Controls are simple and to the point, since you’ll be aiming with the left analog stick and shooting a ball by pressing the A button. If you’re playing in Portable or Tabletop Mode, or if you’re rocking a Nintendo Switch Lite, then you’ll be able to drag your finger around the console’s screen to aim your ball, shooting it once you lift your finger. The balls you shoot will stop bouncing once they hit the top of the screen, so you’ll need to aim your shots so that you can knock out as many bricks as possible before they’re gone. 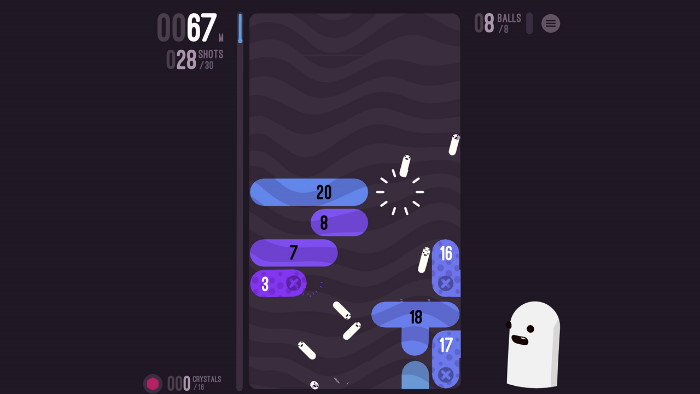 Once you’ve managed to obtain enough crystals to buy several of the available upgrade types, you’ll be able to eventually make it all the way to the core of the planet you’re digging down through. Once you get there, you’ll need to first destroy any of the remaining bricks on the screen before you can start to attack the core, which will then display a number that establishes how many times you’ll need to hit the core before it breaks, rewarding you with a lot of crystals you’ll be able to collect even if they take you over your crystal carry limit. 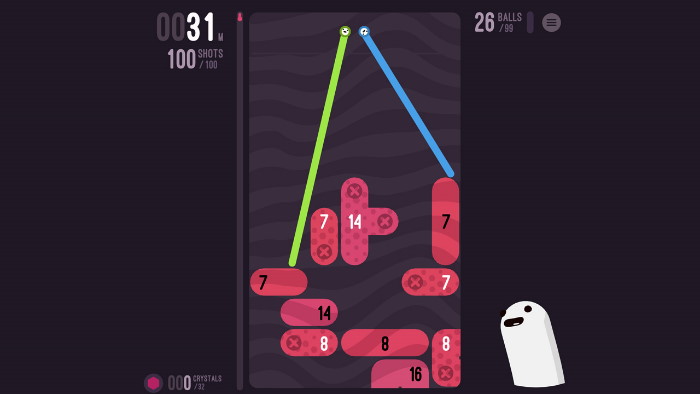 holedown is a minimalist type of game that is very addictive, as it will keep you coming back to play “just one more game,” until you realize how late at night it really is and how you should have gone to bed a while ago. Nintendo Switch owners also get a console-exclusive co-op mode so that you can dig deeper along with a friend, and you can even upload your score to an online leaderboard to compare your performance with that of players from around the world. The game can also be played in vertical mode when playing on Portable or Tabletop mode by flipping the console, which is a nice bonus. It’s available on Nintendo’s hybrid console for only $9.99, and it’s a blast to play at home or on the go. 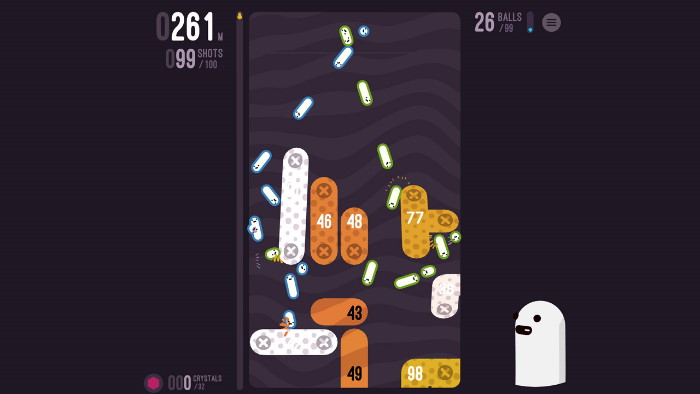 Disclaimer
This holedown review is based on a Nintendo Switch copy provided by grapefrukt games.