Golazo! from Klabater is a new Nintendo Switch arcade-style take on football that is a lot of fun. Learn more about it in our Golazo! Review!


Your trainer will be Victor Baldomera, and he will walk you through the basics before you take on your first match. You will make your character walk by using the left analog stick, and you can run by pressing and holding down the R button. You can pass the ball with the B buttons, or lob it with the A button, as you try to bring it closer to your opponent’s goal. If an opponent has the ball, you can take him down with the A button by tackling him. Since this can also be done to you, you can press and hold the L button to jump out of harm’s way. 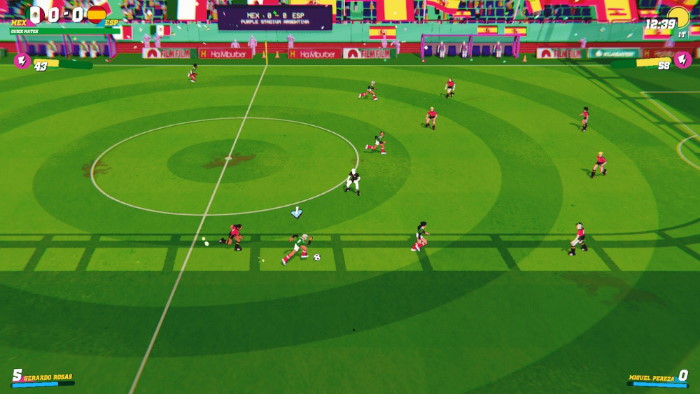 The fun begins when you realize that you can combine these things, so you can walk, then run by pressing and holding down the R button, and as soon as an opponent is on its way to tackle you, press the L button to spin out of his way while retaining the ball’s possession. Using these skills will make it easier to get closer to your opponent’s goal, so that you can shoot the ball into the back of the net by pressing the Y button, trying to line it up so that the goalkeeper doesn’t stand a chance.


Your gameplay options are to participate in a Quickmatch, taking on the International Cup, or going all out in the World League tournament, what may or may not be the game’s take on the World Cup – wink-wink, nudge-nudge. You can take on these options with the default settings, or you can go into the options menu and change some things around. You should test out the game’s default Medium difficulty setting to see if it’s what you can take because you can either lower it to Easy or raise it up to Hard. 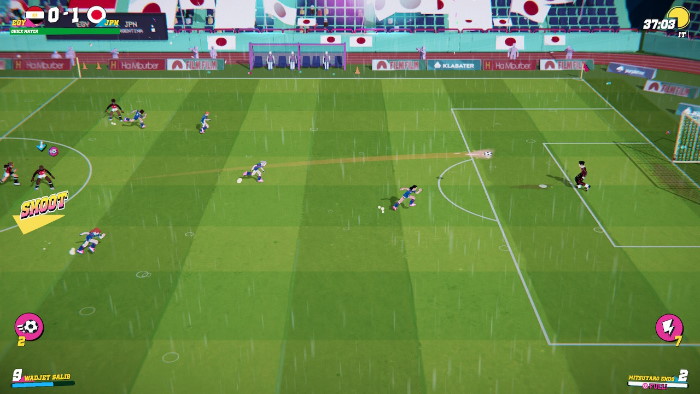 There are also different power-ups that will activate during a match for each of the teams, boosting their abilities so that players can try and make the most of their active power-up to turn the tide of the match. You might get a speed boost that will greatly affect how fast your players can run, or perhaps you will end up getting a power-up that considerably boosts your shooting power, making it possible to land some insane goals from the middle of the field. There’s the option of removing power-ups from a match if you feel like it, but I suggest you keep them on for at least a couple of matches before you make up your mind.

If you end up going for a Quickmatch, once you’ve selected if you want to play as the home or the away team, you’ll get to choose from one of the 52 national teams in the game, split between representatives of the Americas, Europe, Asia, Africa, and Oceania. You can go at it on your own, or split up to four players between opposing teams, or have all four join one side. The next step will be for you to choose a formation for your team. Since this is an arcade-style take on football, you’ll have six players and a goalkeeper per side, which is why your formation can be 3-1-2, 4-2, 3-3, or 2-4. 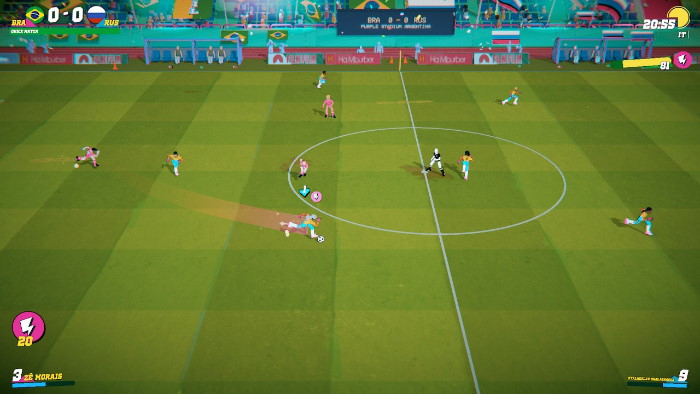 As soon as I started playing, I was brought back to the glorious arcade era of the 1990s. Golazo! feels and controls just as if you were playing it in an old-school arcade, which means it’s a fast-paced game in which the scores can end up being ridiculously high depending on each player’s skill level. You’ll be playing two 45 minute halves, but the timer runs like crazy, which, again, is part of the arcade charm of the game. Oh, and there are no offsides and no fouls, so you can go all-in when trying to recover the ball… unless you’re inside of the box, where a penalty can be awarded.


To go with the feel of the game and the action on the screen, Golazo! offers players a pair of interesting customization options for how the game looks. You can keep things as is, with a 21st century crisp-clear presentation, or dial things back to an era long gone by adding a CRT filter to the screen, giving it that old-school arcade screen look many of us grew up with. The other option is for adding a VHS filter. VHS were physical cassettes on which you could record video on tape. Unlike discs such as CDs, DVDs, or Blu-Ray, every time a VHS tape is played, it starts to deteriorate. Little by little, some video artifacts are introduced, giving heavily-watched VHS tapes a blurry, faded-out look. 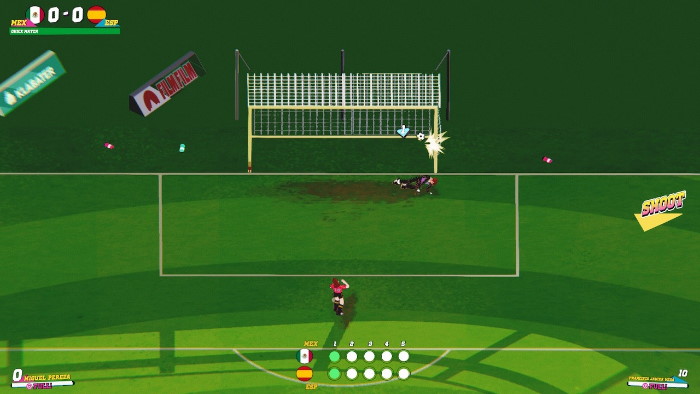 Based on your performance in each of the matches you participate in, you will be rewarded with coins. These coins can be used to purchase different items to customize your players, being able to buy accessories such as sunglasses, masks, caps, or undershirts, different alternate jerseys for each of the national teams, a nice set of balls that are rather colorful and fun, new sneakers, as well as picking from a selection of cheers for your players. It’s a nice way of keeping you coming back for more. 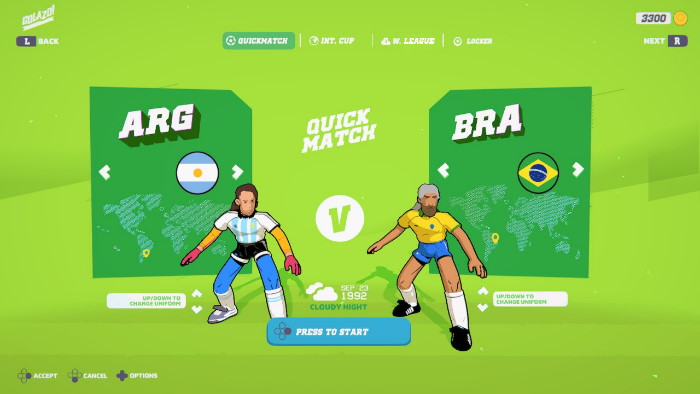 Golazo! distills the football experience to give us an arcade-style take on the sport that is a lot of fun to play at home or on the go. It brings back the look and feel of the old-school football games from the 1990s to a new generation on the Nintendo Switch. It’s available for a budget $14.99 and is definitely worth its asking price. 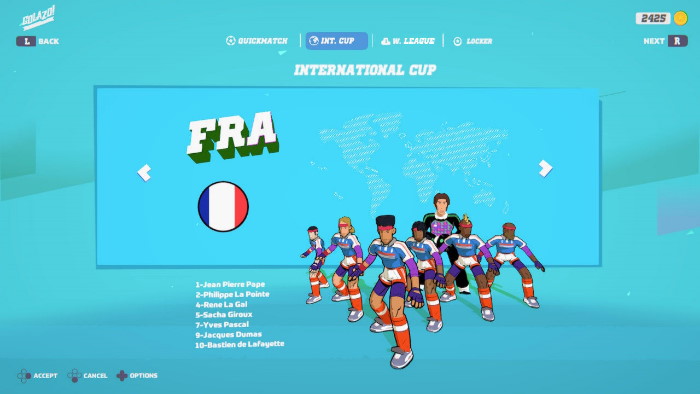 Disclaimer
This Golazo! review is based on a Nintendo Switch copy provided by Klabater.

Mario & Sonic at the Olympic Games Tokyo 2020 Out Tomorrow