If you´re up for an in-depth sim game on Nintendo Switch in which you’ll be building things from the ground up, then be sure to check out our Construction Simulator 2 US – Console Edition review!


In Construction Simulator 2 US – Console Edition on Nintendo Switch from astragon and weltenbauer, you’ll be starting your own company, as you work your way towards taking on much larger projects. You’ll start by selecting a character from the available options, as well as a color for the background of their profile image, picking the name for your character, as well as the name for the company – with the defaults being Player 1 and Example Inc., respectively. After this, you can set the finance cycle duration, if traffic violations are going to be a thing, and if the hydraulic controls are Arcade, SAE/Euro, or ISO – I suggest you stick with Arcade as you get to know the game. 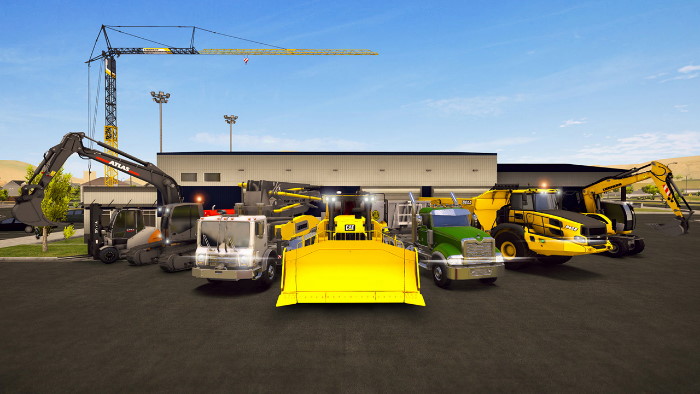 There’s a lot to take in as far as controlling the game is concerned since you’ll have a lot of actions to take on as you build the different structures you’re contracted to do. This is why Construction Simulator 2 US – Console Edition will get you started with a tutorial under Peter – who you can call Pete – acting as your instructor at the Training Center. He’s ready to show newcomers how to use the construction equipment properly. It’s here that you will learn more about the control setup.


You’ll steer vehicles with the left analog stick, moving the camera around with the right one as needed. You can accelerate with the ZR button, and brake and go in reverse with the ZL button. You’ll be tasked with completing a short driving course to prove you have what it takes to drive the heavy machinery. It is then that you will learn that if your vehicle ever becomes stuck, you can reset it to a safe location by pressing the X button – it’s an option that will come in handy more than once. 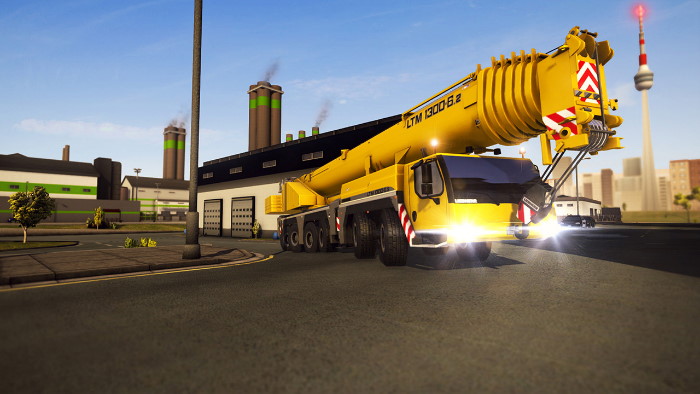 Since you’ll be playing over an area of a considerable size, you can press the – button to open up your map. It’s from the map that you’ll be able to find the different jobs you can take on, the available vehicles, and what each area has to offer. You can set waypoints on the map so that you can mark where you need to go. Doing this will allow you to follow a marker that will point you towards the general location of said waypoint so that you don’t end up wasting time by getting lost along the way.


The X button will be used to open up the contextual radial menu, from which you can move around the different options to select the one you need. Say it gets dark while you’re out on the road or at a job. You can’t do much without a proper light source, so you should press the X button to open up the contextual radial menu to then press left on the analog stick to highlight the lights option. Press the X button one more time, and the lights for your vehicle will turn on, allowing you to see in front of it. When playing in Portable or Tabletop mode, you’ll be able to use the Nintendo Switch’s screen to control the action as you swing the camera around, zoom in and out as needed, and selecting from the different menus each of the actions you need to perform. 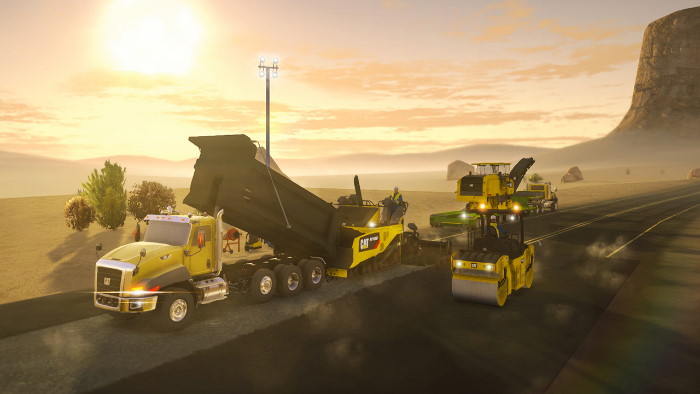 As I mentioned before, you can decide if you want to have traffic violations or not during your time with the game. This is important since you need to pay attention to each of the roads you’re going to take because you won’t be driving your vehicles on an empty area! There will be other vehicles driving on all roads, and if you’re not careful, you’re going to be in a lot of trouble. If you want to add a bit of an arcade twist to things, you can deactivate traffic violations so that you’re not penalized for, say, running a red light. If you don’t pay attention and see that a vehicle is going to change lanes, you will end up crashing into it, and you’ll be penalized and will have to pay a fee.


At your disposal will be more than 40 licensed construction machines vehicles that will feel and behave like their real-life counterparts, as you would expect from a construction simulator. As an example of what vehicles and machines you’ll be able to control, there are officially licensed vehicles from brands such as Caterpillar, Liebherr, Palfinger, Bell Equipment, STILL, ATLAS, Mack Trucks, MEILLER Kipper, and Kenworth. These include crawler tractors, backhoes, dump trucks, loading cranes, tower cranes, wheel loaders, and more. 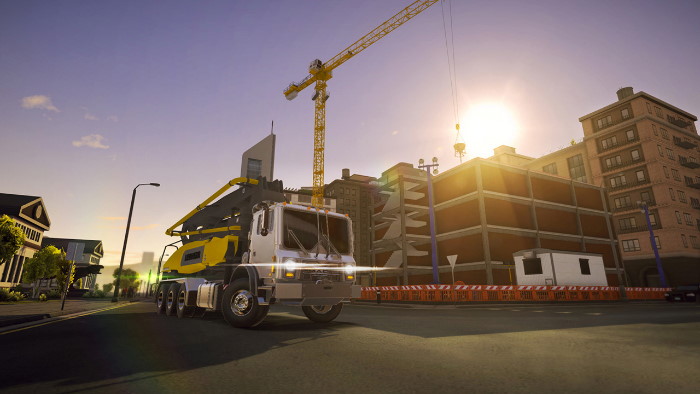 There are over 60 missions to complete in this open-world take on the construction sim genre. It’s a big one to explore, so you’ll need to pay attention to the in-game map so that you can review which of the areas have some of the projects for you on offer. You won’t be able to take on all projects from the start since you’ll first need to learn the basics for the game as you unlock more and more vehicles and machines, which is why you won’t have access to all regions when you begin to play. Each of the missions is going to take you a while to finish as it has different steps to complete, so you’ll need to be paying attention during every step of the way. 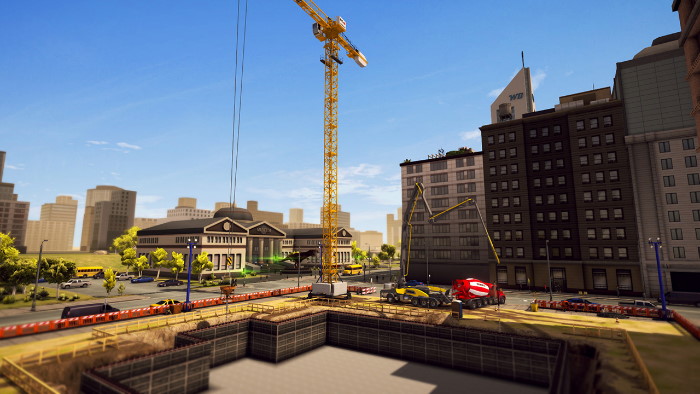 As you complete jobs, you’ll be able to level up thanks to the new knowledge you’ve obtained and the additional experience gained while on the clock. You will get skill points for your trouble, and you can assign these to the different talents you have at your disposal. You could boost your money and XP gains from completing a job, your business skills so that you can get discounts on some transactions, your earthmoving skills which increase your capacity when filling up dump trucks or the buckets of excavators, your transport skills to obtain discounts on delivery services, or your wear skills so that the monthly vehicle maintenance costs can be lowered. 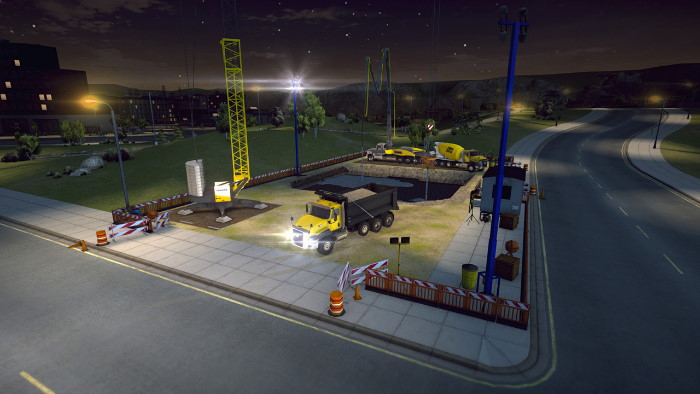 If you’re a fan of the building sim genre, then you’re going to love everything that Construction Simulator 2 US – Console Edition has to offer. The game has a ton of content to enjoy, a nice dash of realism that adds to the overall experience, over 40 vehicles and machines to control, and more than 60 missions to complete as you explore this open-world construction simulator, all for a budget $19.99. Construction Simulator 2 US – Console Edition on Nintendo Switch does a lot of things right, and other than some slowdown here and there – when playing in Docked, Portable, or Tabletop mode – this is an easy one to recommend. 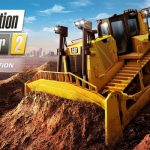 Disclaimer
This Construction Simulator 2 US – Console Edition review is based on a Nintendo Switch copy provided by astragon.